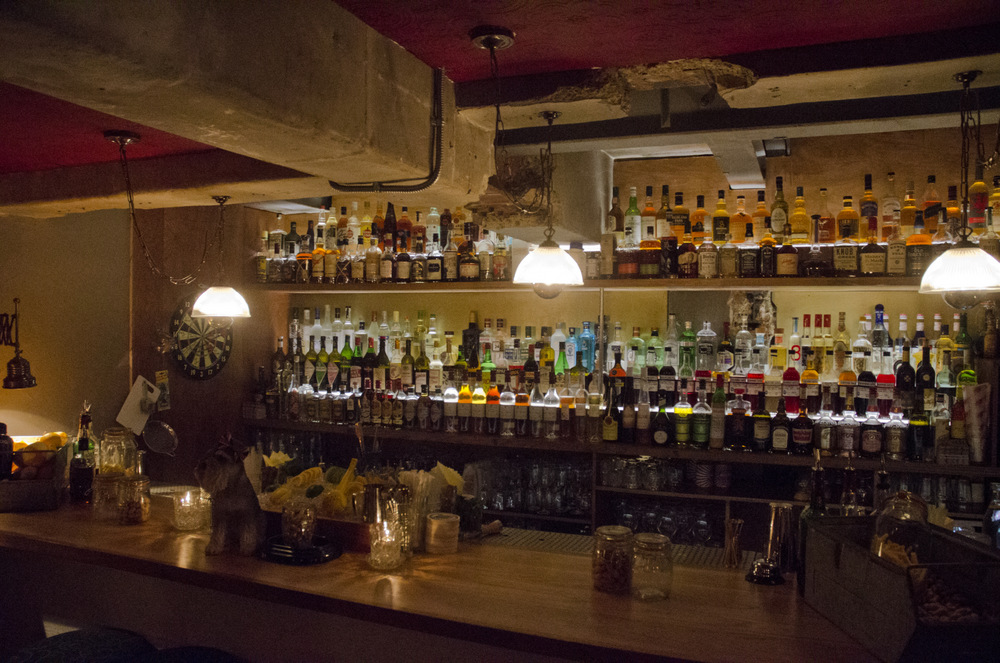 A few days before Christmas I took my little sister to her first ever London bar. It was a seminal evening, and how I wished I’d had an older sibling to show me the ropes when I was growing up. I’m not talking about crusty pubs and the odd half-baked local club. I’m talking cool venues with actual people and cocktails rather than pirates and beer-stained pool tables.

The Cocktail Trading Company in Smithfield, a basement operation run by a trio of veritable magicians, is just such an example. An evening with them has set quite a precedent for my little sis as she’ll be hard pressed to find better with her friends in London town.

CTC (as it’s known for short) in Smithfield is a bar below a bar. It opened in October after the success of their first basement operation in Soho, with their empire to expand even further at the end of this month with the first standalone site down Brick Lane.

Opposite Smithfield market is Long Lane, and halfway down you’ll come across ‘Ask for Janice’, a bar in its own right. Venture to the far right corner and you’ll find a staircase. Head down that staircase and you’ll find a door. And in the dark, dark door you’ll meet Sir Winston Churchill. Depicted in a painting on the wall. Funnybones.

Yes, there is an air of mysteriousness about the place. Concrete columns, random foliage and bookshelves of books. It’s snug and cosy, and the barmen are tops. We sat underneath a caricature of John Cleese – just one of many British nods in what is a delicately small watering hole – and Olly Brading, one of the three owners, came over to offer us poison.

The beauty of CTC is that not only are they wholly adept to the classics, their signature drinks are so far removed from the norm that you feel as though each and every one was tailor made for you. My sister’s first ever proper cocktail was a thing of mystery. Lucky thing. It was a snow globe. Literally. 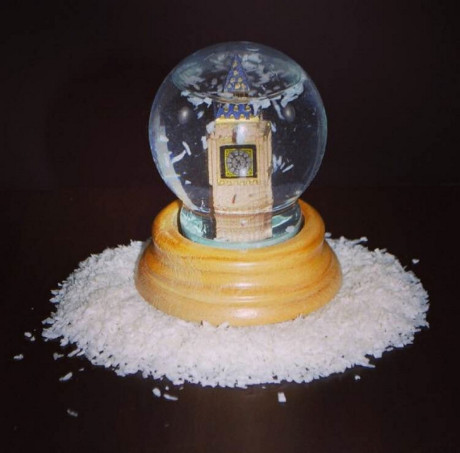 The cocktail is called Citizen Cane (£9). A mix of cachaca, rosebud tincture, cardamom-vanilla infusion, lime juice and Sauvignon Blanc with coconut flakes flying around the Big Ben in the centre of the globe. Its genius, with my sis flipping the globe on its head, removing the rubber and sipping away.

“So we kind of just sat down and brainstormed while getting drunk,” Olly told me when I asked just how on earth he and his comrades came up with such an idea. “We would have a great night out or in, try loads of different things and get trashed, but always remembering to take notes!”

I’d love to have known what they’d consumed. Rather a ‘George’s Marvellous Medicine’ situation I’d wager.

While my sister enjoyed arguably the most Christmassy of cocktails, I let Olly go to work on what he called the bartender’s cocktail.

This is called Snake Bite (£9). Apple brandy, scotch, Jager, lagermeister and blackcurrent vermouth. A power house concoction, more than enough to send grandma through the ceiling. It even had a fake air freshener attached, just for added crazy.

Our next drink heralded another question for our barman, this time from my sister. The answer was – “It was much easier to source 2000 Elmos!”

Yep, that’s Elmo from Sesame Street, and at CTC, you’ll find him inside Oscar’s dustbin. 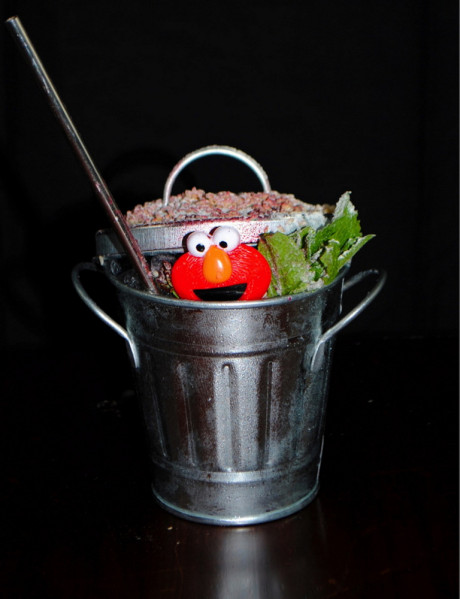 The nuttiest, however, was saved till last.

Served in a ketchup bottle from an American diner in a bed of gherkins and French Fries crisps, this is CTC’s Snapper’s Delight (£9). Jim Beam bourbon, chilli, pepper and peach jam, ginger and lemon juice. Sour yet fruity, I had tremendous fun sucking on the bottle while sharing the platter with my sister. It was a blockbuster end to the evening and something we’ll both remember for a good long while.

Andy Mil, head scientist/owner told us that he’d once accidently burnt the American flag that was sticking out of one of the gherkins while serving an American customer.

“We’re proud to be British, hence Winston (the painting in the corner) and all the newspaper clippings and caricatures on the wall, but that really was a complete accident!”

Accident seems to be the optimum word. How was I to know that CTC was going to be this good?