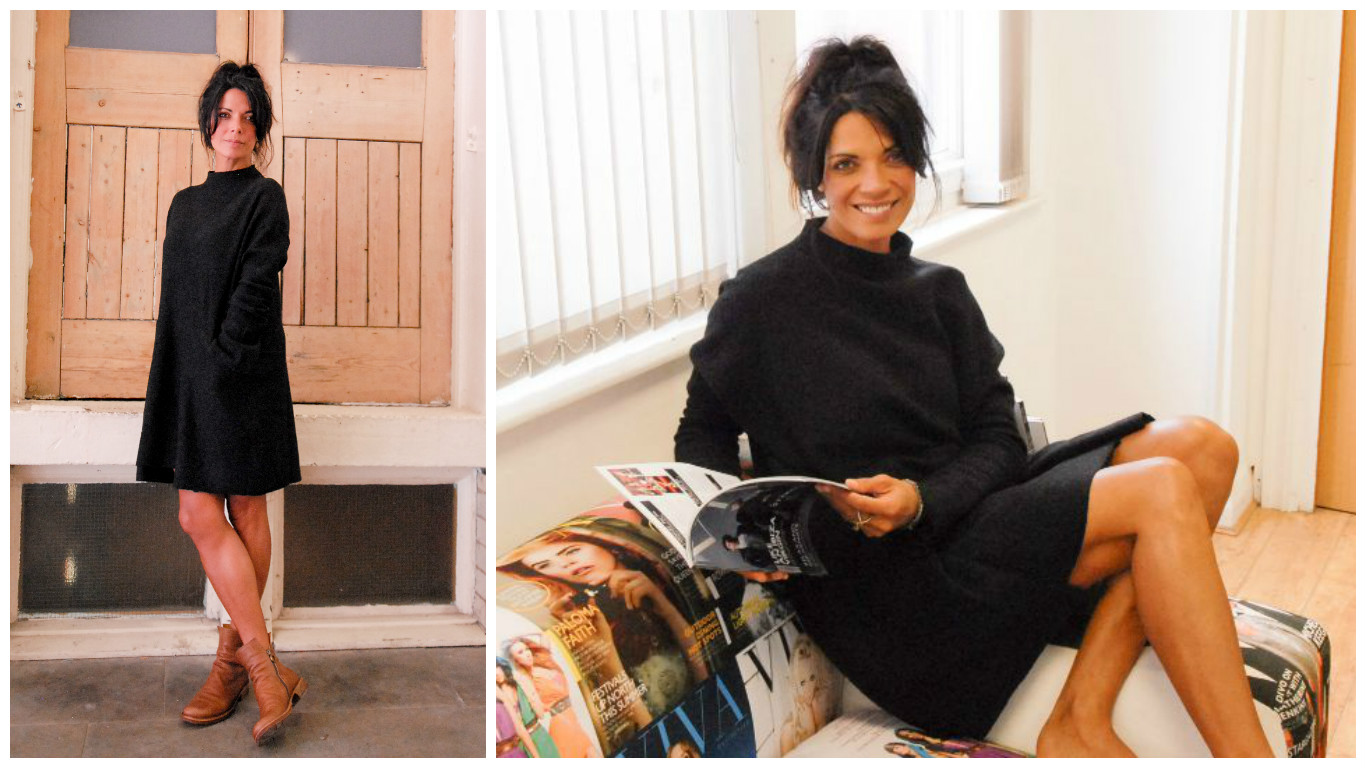 Bubbly and spirited, it’s clear that TV Presenter Jenny Powell  has got her vivacious mojo back following her divorce from Toby Baxendale in 2009, after his affair while she was pregnant with their second child.  A household name from her days hosting Wheel of Fortune and Top of the Pops in the 1980’s, Jenny now splits her time between Brooklyn, New York, where she shares an apartment with her fiancée of five years and does comedy stand up and Manchester, fronting her Food and Wine Adventure show for The Travel Channel and filming for Sky’s Vintage TV, a channel completely dedicated to music featuring live sessions and compilation series-es taking viewers back to the 70’s and 80’s.

With her TV work being so varied, it certainly suits Jenny’s infectiously outgoing and energetic personality, with each project being different. “It comes to the stage where you’ve always got to remember that you’ve got wake up and get excited about doing something, excited about getting up in the morning. And I think it’s important to have a check about that one because I think sometimes it’s just routine and, I’m so anti-routine,” the TV presenter admits.

“At the moment with Food and Wine Adventure show is food and wine in Romania so I went to there for a month. That was really hard because  I think we did 1400 miles in the space of two and a bit weeks, which is ridiculous in the back of the van with the crew and there was only three girls. That was hardcore. It was like a survival trip really to be honest. They would be milking sheep and all sorts!”

“The line I always get when anybody comes up with a suggestion is ‘Jenny, she’s very hands on, she likes to get stuck in.” I’m like ‘did I ever say that?” No I didn’t!” she jokes, inadvertently revealing that her confidence may stem from her love for joining in and engaging with her various projects.  “It seems that that’s the persona now so they’ve always got me getting my hands dirty and getting stuck in. I spent the whole month in wellington boots. It was not glamorous at all. What I loved about it was the people. We were up in the mountains with shepherds that hadn’t seen a woman for six months and didn’t speak English so the funny thing was just trying to communicate and trying to get an interview out of somebody so it was a good challenge for me.”

“You get to the point where you’ve gone and done it all but oh no! You have to interview a shepherd or you end up in bed with Keith Lemon!” Jenny laughs, referring to the upcoming filming she’s got planned for Keith Lemon’s Sketch Show on ITV 2, which she has appeared on previously. “You think what have I done, will my kids see this?” 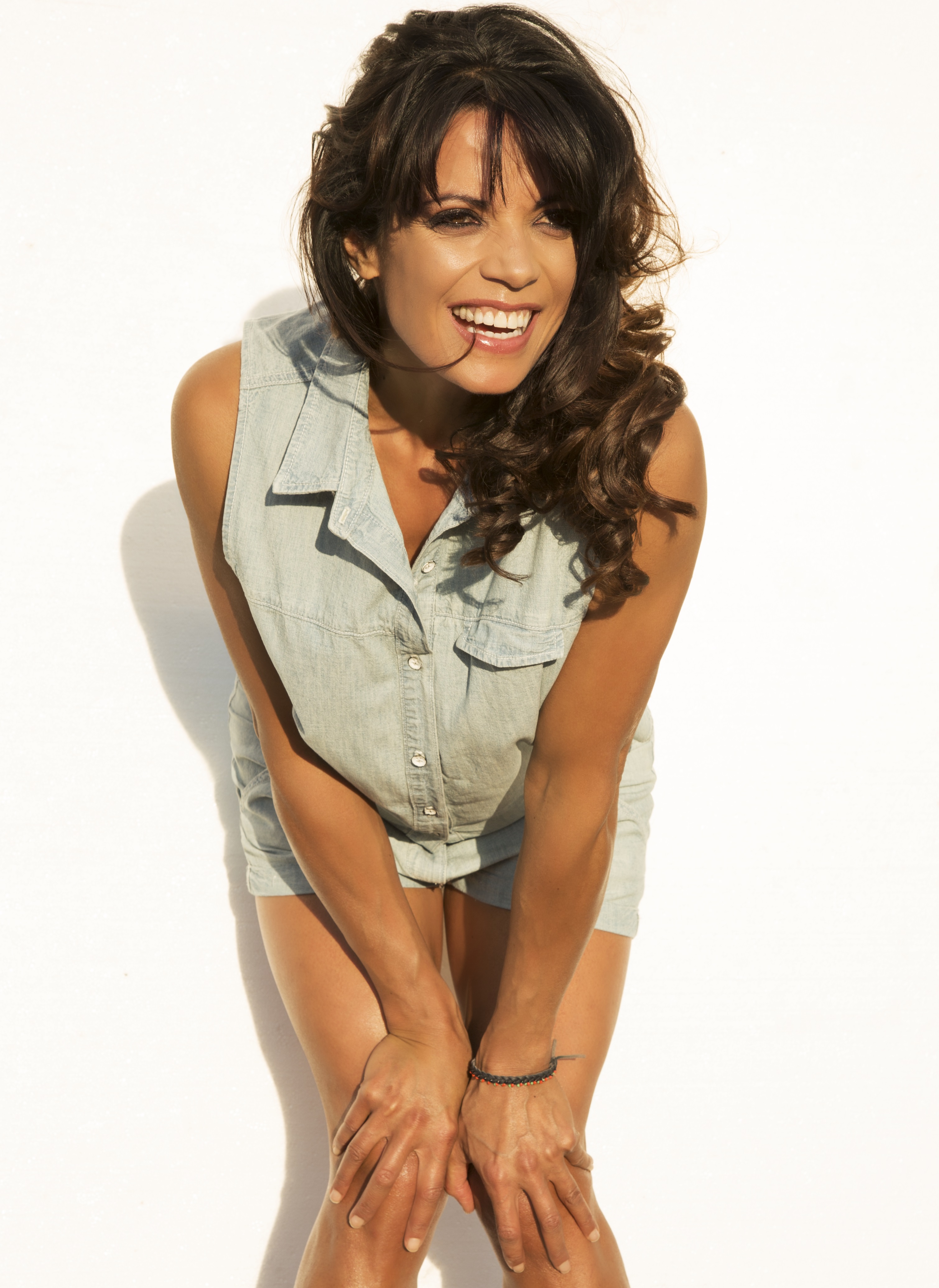 A brilliant role model herself, Jenny enjoys a close relationship with her two daughters Constance, 14 and Pollyanna, 6, taking a more understanding approach to parenting, in an attempt to help her eldest daughter navigate the problems young girls face with the ubiquitous media and social networks available now and the issues of self image that come from them.

“I always encourage her to show me stuff and then I’ll go ‘Well what do you think of that? Do you think she should be wearing that at that age? Do her parents know she does that?’ and I work it around that way and then we both laugh at it and in the way I’m giving her the realisation that makes her think about it.  I’m not lecturing her too much, that’s the key but it’s almost like you want to be their best friend sometimes but at the end of the day you are their parent and it is a fine line because if you go across the line then you are just her bezzie you ain’t going to get very far, especially when I’m on my own a lot with the kids because I’m divorced, so there’s a big responsibility.”

She remedies any confidence issues her children may have by ensuring they are well traveled and encouraging them to participate in extra curricular activities like sport, but most importantly by supporting them in embracing their uniqueness. “Connie’s  at that crucial age and it’s amazing once they get to 12 their hormones start kicking in, the insecurities start kicking in and that’s when you’ve got to be careful because I had eating disorders at that age so I really know how these things can creep up on you. So I’ve made a conscious effort so both girls are confident. Polly will say ‘well all the girls were doing this but I wanted to do that’ and I’ll say ‘well that’s OK, if you want to do something then you do it’s always alright, it doesn’t matter what everybody else is doing’ and I try to encourage that individuality.”

Jenny maybe a staunch believer in being comfortable with yourself and taking care of yourself from the inside to reflect beauty on the outside but how does she manage to look effortlessly good in front of the camera? “When I was younger I didn’t work out that much but as I got older I genuinely just enjoy it really and I think you’ve got to work from the inside out, you’ve got to start from what you’re putting into your body. Supplements and stuff there’s certain ones I swear by but we’re quite conscious at home of what we eat.”

Jenny says she doesn’t lecture her girls but they know what food is good for them and what isn’t. “They’re certainly aware that sugar is poison!” she laughs. “Connie’s just great. She’s got her NutriBullet on first thing in the morning, she’s on it. She’s like ‘alright I’ve been training so I’ll have my protein after and I can have my carbs now’ but she’s doing it for fitness and health not because she wants to be thin that’s the difference and because she’s got into sport you’re aware of the healthy eating but for the right reasons. If you want to be able to perform you’ve got to make sure you’re feeding your body correctly so that’s another great reason that I will encourage her.”

Looking ahead, Jenny is keen to start a blog to share her experiences of living in the vibrant Brooklyn as well as pursuing her comedy, for which she draws on her experiences of being a British girl in New York and her past as a game show host. “I brought myself as a birthday present a comedy writing course. I used to go to Manhattan and do this course and at the end of it you get to do the Gotham Comedy Club and you host it and for me it was, again one of those where you think you’ve gone and done it all but I’m really going to challenge myself because you should for every now an then to be honest.”

With her dynamic and enthusiastic attitude to her personal life and career, Jenny’s new projects, whatever they may be, will definitely be worth checking out.