The world will be able to watch Greater Manchester’s talent via a new website which will be live streaming every night, uniting the city-region during the COVID-19 crisis.

Created over the last few days by Sacha Lord, Greater Manchester Combined Authority’s Culture team, and local and national partners: www.unitedwestream.co.uk will be free, but with donations welcome, and all proceeds going to the city region’s night time economy, cultural organisations and charities.

United We Stream will broadcast a diverse blend of entertainment and creativity on one free online platform. Streaming live DJ-sets, live music and live performances, United We Stream will have something for everyone to enjoy while the country is confined indoors due to Coronavirus.

“I want to keep our vibrant music and entertainment scene active”, explains GMCA Night Time Economy Adviser Sacha: “Over the last few weeks, I have been contacted by many grass root venues, bar owners, artists and freelancers, and the main thing I’ve heard is how difficult this period is and will be for them. Many of them are in dire financial straits and at risk of never recovering.

“Together with the GMCA, we have been working hard to create opportunities and hope for these people, and I am delighted to confirm that what started as an idea last week, is now about to come to fruition.”

The United We Stream model was pioneered in Berlin by their Night Tsar Lutz Leichsenring, with Sacha working round the clock with his international counterparts and the GMCA culture team,  to enable Greater Manchester to be the second city worldwide (first in the United Kingdom) to launch the concept.

United We Stream will be live everyday between 7pm onwards, with a donations page, where viewers can watch for free but can buy a ‘virtual ticket’ for whatever price they choose to enjoy the channel. The channel will also be used for positive public service announcements and messaging regarding safety and social distancing.

All income of the stream will go directly to a relief fund with 8% of funds raised donated to Nordoff Robbins Music Therapy Charity, 22% donated to the Mayor Of Greater Manchester’s Charity, meaning 70% of all funding generated going specifically to support the Greater Manchester’s night time economy music venues, restaurants, bars, freelancers and cultural organisations who are unable to work or operate their businesses due to the COVID-19 pandemic.

Performances will take place at artist’s homes, gardens, or from selected host venues around the region, making sure all performances adhere to government advice around isolating, distancing and infection control.

Mayor of Greater Manchester, Andy Burnham said: “‘Supporting our culture and music organisations, venues and artists is so important through this difficult time. We want to be entertained and still be able to see bands and performances, but it’s important to do this within the health and safety guidelines and from our own homes.

“I want to thank Sacha Lord for leading on this initiative and ensuring that even in these difficult and unprecedented times, Greater Manchester continues to lead the way with world renowned music, arts and culture.”

“As well as helping our local night time and creative industries, its great to give support for Nordoff Robbins, a national music therapy charity, who have a base in Greater Manchester, and offer music therapy for those affected by life-limiting illness, isolation or disability. 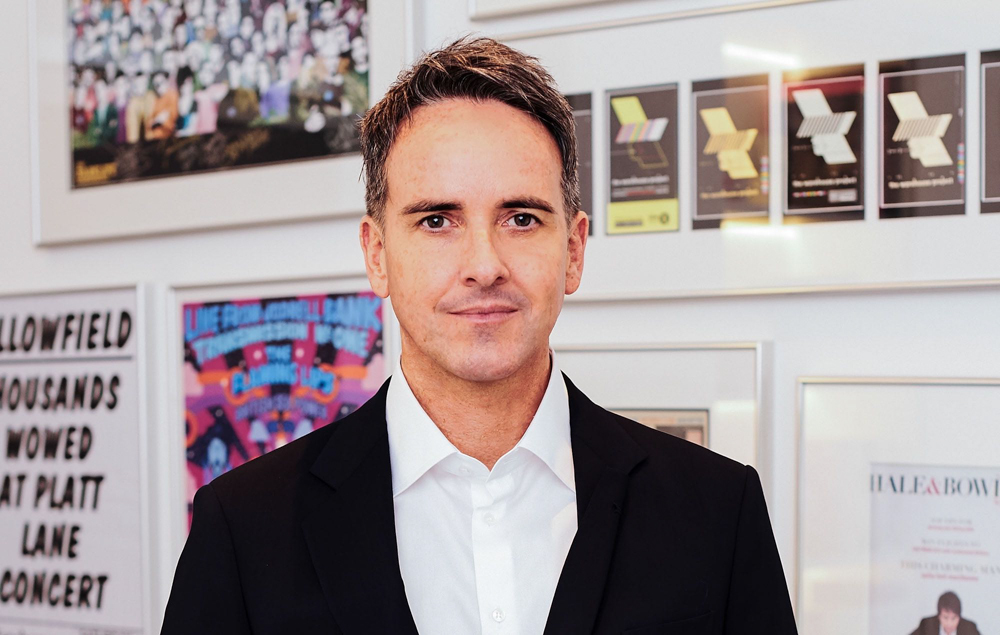 Sacha Lord said: “People always associate Greater Manchester with football, music and culture – it’s in our DNA. But whichever band you prefer, or whichever colour you support, if there’s one thing Mancunians all agree on, it’s that we are a community. It’s in our blood.

“In the most difficult of times, we come together to look after each other, support each other and look after the most vulnerable.

“Not only will this potentially help many people who work within our night time economy such as our performers, our artists, our creatives, but I’m delighted that at the same time, Greater Manchester’s homeless, our most vulnerable, are being looked after.

“This is a free streaming service, available to entertain everyone, however, I encourage as many of you as possible to please make a small contribution to watch. Anything will help, whether that’s £1 or £50. It’s only by working together as a community that we can be at our strongest.”

Since United We Stream Berlin launched on March 19th they built up £100k and had 1 million hits in 24 hours, and in total has amassed over £700,000 in donations, and had millions of hits on the website.

Manchester Arena recognise the value United We Stream will bring to the Greater Manchester night time economy and culture industry, and are backing the project through their vast networks.

General Manager for Manchester Arena James Allen, said: “There has never been a more important time for our city, this industry and its event professionals to stand together, which is why we’re showing our support for United We Stream.

“We implore everyone across Greater Manchester and beyond, to get behind the initiative and the causes it supports. During this period of pause, technology allows us to continue to shine a light on incredible talent, until we are able to enjoy live experiences together again.”

And Gemma Snow, spokeswoman for Nordoff Robbins said: “At Nordoff Robbins, we believe that music brings us closer together. It can be made and enjoyed by anyone, and at times like this, the connectivity that music and performance brings is more important than ever.

“We want to champion music as a way to help the wider community – as well as those who are vulnerable and isolated – to stay as connected as possible. Whether it’s listening, creating or performing, the shared experience of music will help bring us together in the face of uncertainty.

“We are absolutely delighted to be chosen as a charity partner for United We Stream in Greater Manchester. A huge thank you to Andy Burnham, Sacha Lord and the Culture team at the GMCA, for bringing this amazing initiative to Greater Manchester and allowing us a platform to showcase the power of music.”