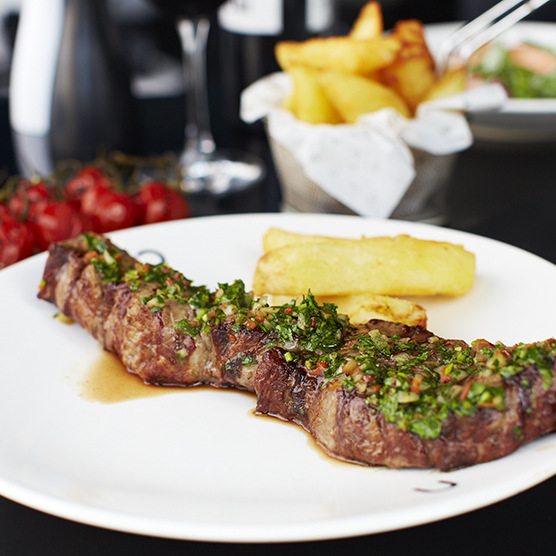 I’ve always wanted a yacht. Nothing too fancy, just somewhere to bring friends for a champagne swigging, rigging swinging soiree. I’d call it The Karaboudjan, after Captain Haddock’s ship in the early Tintin book, it would have a ping pong table below deck, and it would be mine.

Thoughts such as these festered and blossomed during my recent trip to the new CAU by London’s St Katharine Docks. Situated on one side, watching over a bristling armada of different sea vessels; it really is a stunning location. Not that it’s a secret spot, mind you, with a whole host of other restaurants providing stiff competition in what feels like a holiday venture right in the centre of town.

We sat outside, as you would, with the mid-evening warmth ideal for boat watching. Rather, enviously watching people board their boats. Were it not for the offensively stained hotel and office blocks surrounding the docks, I would have felt abroad. A feeling I’m prone to recently, due to my lack of a summer holiday this year.

Thirteen CAUs have emerged from Gaucho, the mothership restaurant, and the concept is spot on. Namely, affordable Gauchos. St Katharine Docks now holds the only Central London outpost of the sister chain, looking to serve even more award winning steak and stuff to the ever hungry capital. I had previously visited the CAU in Wimbledon, and she was indeed a splendid beast, providing me with a rambunctious cut of meat that nearly had the better of me, were it not so wonderfully delicious. 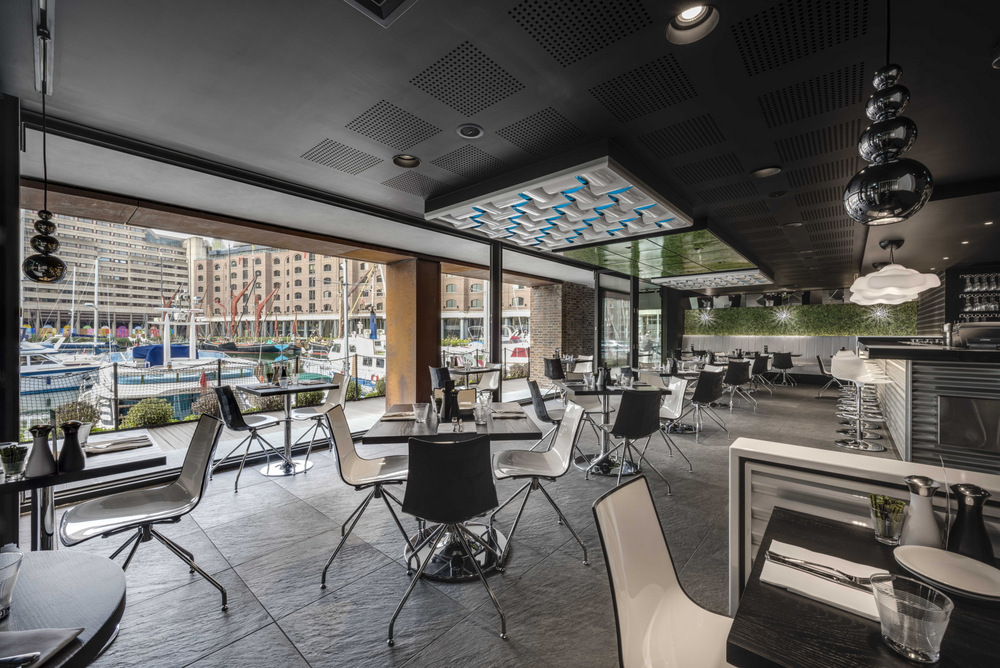 That evening in mini-Monaco, I rolled for the swordfish carpaccio (£6.25) to start, while my companion decided on the Argentinian flatbread with pulled rib meat, bathed in both manchego and mozzarella (£5.50).

With capers, parsley, chilli and a healthy splodge of lemon oil, the swordfish was one of the lighter starters I’ve had in a good while, and in a good way. Bar the odd giant salt crystal barging its way in, the dish was light, indulgent and very summery. It stood up superbly in the face of the flatbread, which was boastful and rich. Two superb starters, and a grand way to start things off, helped by two bottles of the Yakima Red lager (a like-for-like replacement for the out of stock Quilmes Bock, £4.25).

Now for the steak, or in my case, the absence of one. Feeling decidedly nautical, I decided to go very much against the grain, ordering the Fideuà (£12.95) in a moment of pure yacht-induced madness.

A Valencian dish, the Fideuà lands almost identically to the paella, but with thin pasta such as vermicelli instead of the rice. CAU uses capellini, with squid, clams, prawns and flaked pollock making up the fish element. Then came the Sofrito, a Spanish sauce devised from garlic, onion, paprika, peppers, tomatoes and olive oil. Or in this case, the lack of some.

While the seafood was well received, the prawns in particular coming across strongly, the small droplet of sofrito in the centre of my fideuà led to one mouthful of joy, and about five or six of bland, tasteless pasta. With my holiday feeling quite gone, I homed in on my companion very quickly, seeing as he had wisely stuck with cow. 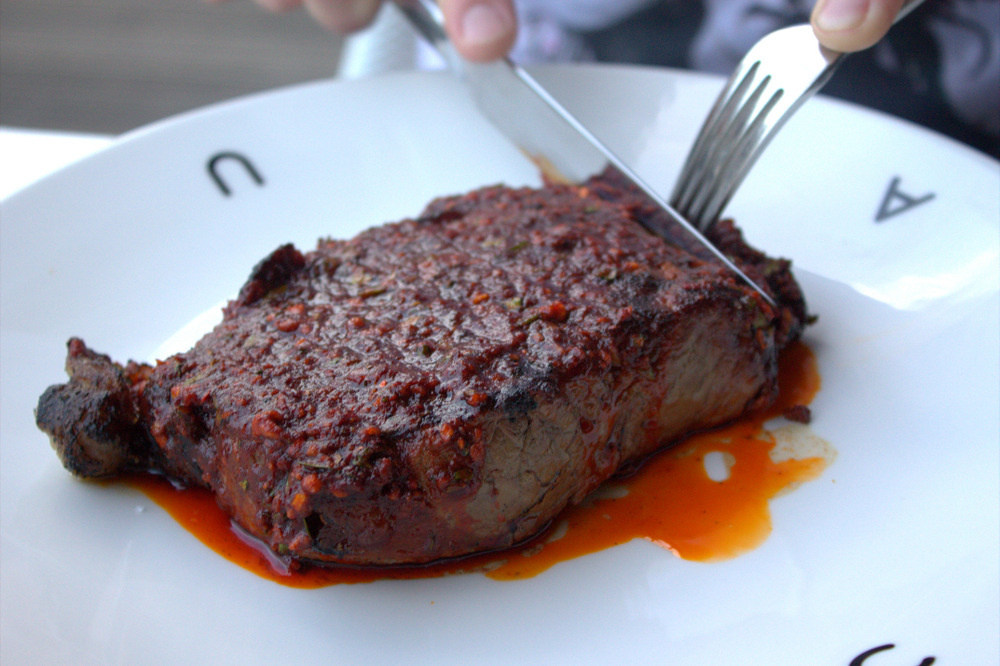 His 400g of Asado de Chorizo (£29.95) – a lengthy strip of sirloin steak in a churrasco marinade – was a towering presence at the table. Sides of triple cooked chunky chips and a CAU mixed leaf salad (both £2.95) kept my companion suitably distracted between mouthfuls of steak for me to make my move.

Like the Lomito in Wimbledon, this was just top notch. Tinged with slight spice, and gorgeously juicy; this steak yielded the very definition of a satisfying mouthful, over and over. Being so sizeable, my companion allowed me the odd sliver as he gazed wistfully towards a gleaming golden canal boat near the clock tower on the other side of the docks. This novelist also lusts after a yacht, to drop anchor in the middle of nowhere and let his imagination swim and soar. By that time, all I lusted after was my own Asado de Chorizo.

They say you really can’t beat a good steak, and I’m inclined to agree. But then, when the steaks are that good, they do rather beat down their colleagues on the menu, as I found. I do blame myself somewhat. You don’t go to the newsagent to get ham, or to the fish and chip shop for a curry. They may do it, but its not what they’re there for.

CAU is for the steak lovers, yacht or not. There’s plenty of places in London to get a good’un, and they’re right up there for me, being genuinely affordable and cut from the cloth of high stock. I’ll be going back soon for a steak all of my own by those resplendent boats. No pasta, pollock, haddock or snowy white dogs.

It will just be mine. 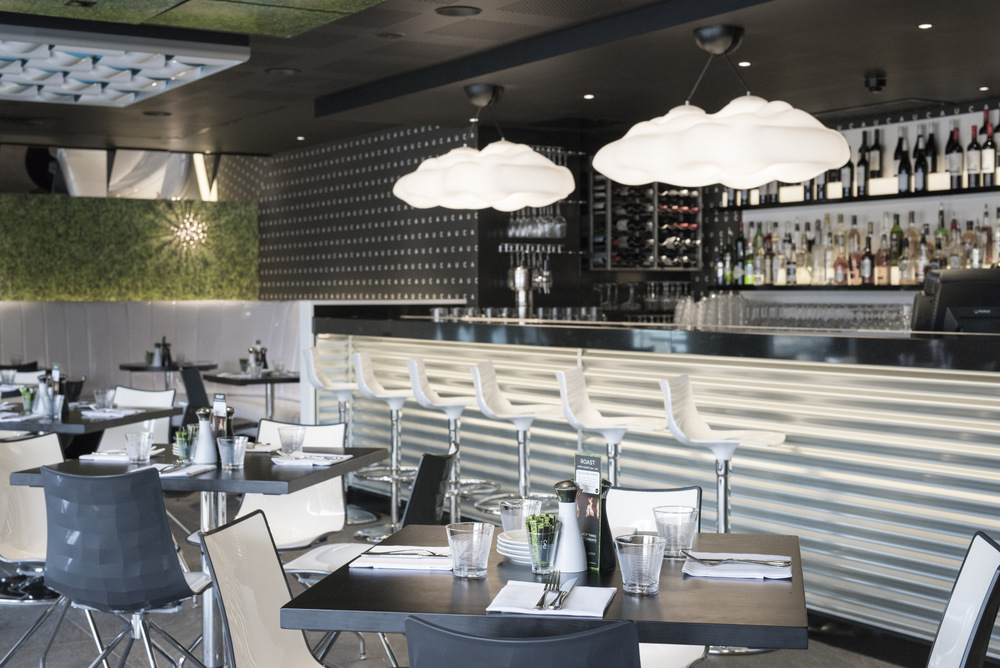