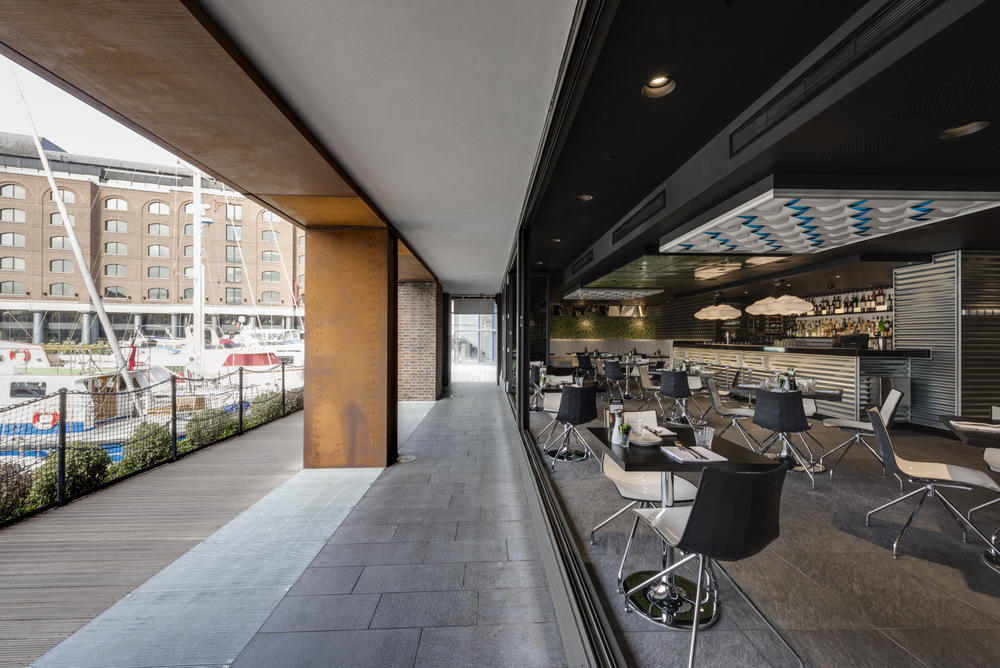 The shock arrival of the brief, yearly dose of summer in London brings with it an inevitable panic, almost as if we’re all stuck in an airport looking for the right gate. Where do I go to really make the most of these 72 hours? Is it the park, the pool or do I spend the day outside a pub or restaurant drinking and eating as my translucent skin slowly becomes raw and savage?

When it comes to dinner destinations in the sun there are, admittedly, plenty of lovely spots. But if you’re like me and want something as far removed from the idea of actually being in London when the sun sneaks a peak, then St Katharine Docks, found just east of Tower Bridge, should be your go-to place.

Chock full of bars and restaurants, circling an ever-growing plethora of impressive yachts of all shapes and sizes; St Katharine Docks is a secluded haven for food lovers, possessing of an ambience rarely found so deep within the capital. And the Argentinian steakhouse CAU is one of the jewels in the crown.

CAU have emerged from Gaucho, the pricier mothership restaurant chain, and the concept is spot on. Giving casual diners the chance to experience proper steaks straight from South American pampas at reduced prices. 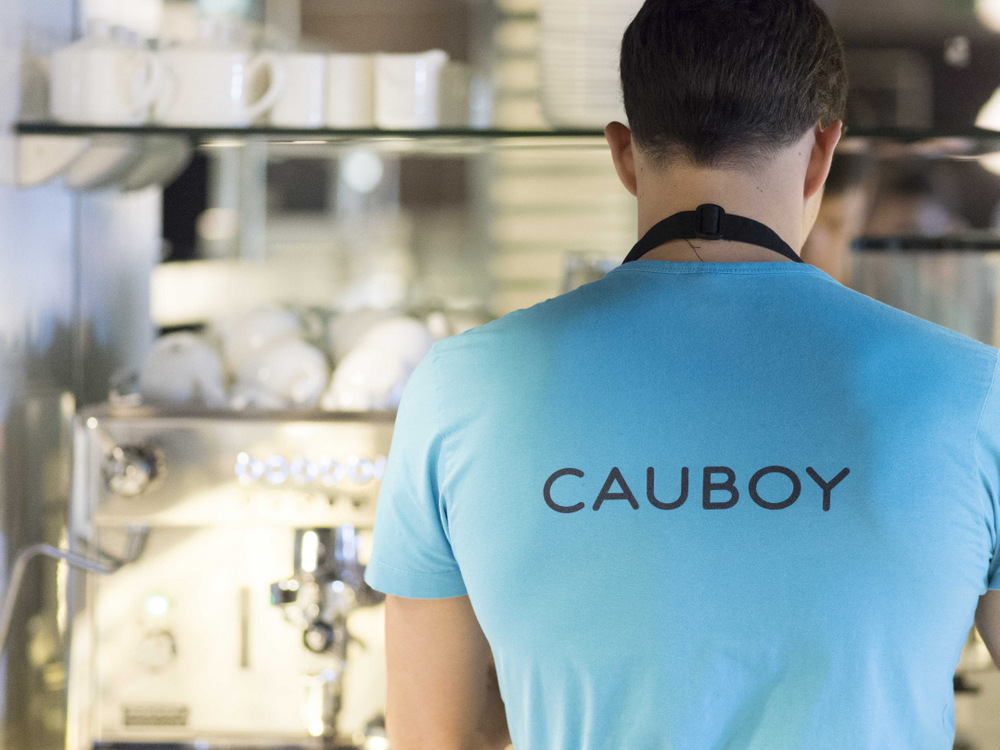 All of the charm and sophistication of Gaucho remains, however, making CAU one of the smartest tangential restaurant operations around today. Twenty exist across England and Europe, and I remain a huge fan, having visited both CAU at the Docks and in Wimbledon over the last year, with a dodgy Fideuà the only blemish on what were outstanding evenings of cow, cow and cow.

I was more than happy to return when my companion, Penny, revealed she had never been to one. I told her of all the wonderful Malbec on offer, the flamboyant cocktails and of my Lomito, an enormous 400g chunk of meat practically the size of a heifer’s head – she was ready.

We sat outside, peering over the rails at all the boats. One chap was having champagne with a few friends and another was oiling his steering wheel. They may have all been feeling wonderfully yachty but none of them were having cocktails like ours. 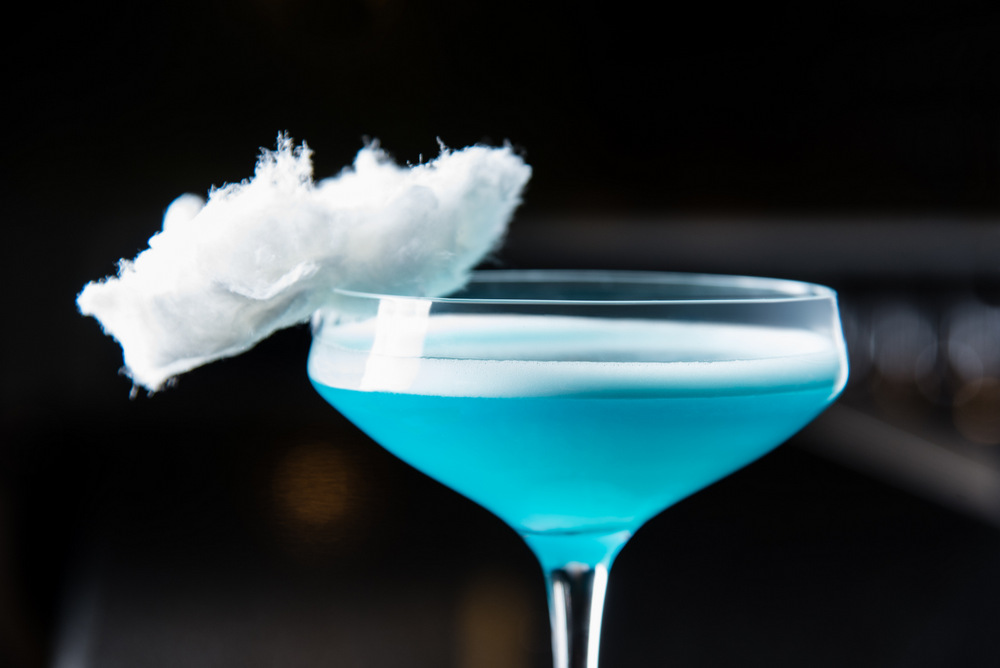 Constructed using Black Cow vodka, Cointreau and chilled chamomile tea; I defy anyone not to smile at the Bright Blue Skies with accompanying cloud puff. It was summer in a glass and if it were served to me on a beach in Spain, I might pop.

The classic starter of salt and pepper squid (£6), with a chipotle dip, arrived for Penny as she drank the above stratosphere. There’s something about seeing squid on a menu in the summer, it just sucks you in, and when they’re as good as this, you feel vindicated tenfold.

Pork belly tempura (£6.95), however, isn’t something you see every day, but as light morsels come, these are delicate and exotic enough to invigorate the taste buds and prep you for the incoming wave of red meat.

Having already battled the aforementioned Lomito during a previous visit, I decided to roll with the Tira De Ancho (£29.95 for 400g). Cut from a rib-eye, this spiralling section is marinated in chimichurri and grilled on a low heat in order to keep maximum tenderness.

Made with garlic, parsley, oregano, oil, chilli and white vinegar; chimichurri is the king of meat marinades, allowing for a lingering taste which can often be lacking with unseasoned red meat. I had mine with triple-cooked chunky chips and a glass or two from our bottle of Mendozan Malbec (£29.50).

Penny also opted for a thinner cut of steak, namely the Asado De Chorizo (29.95 for 400g). This is a sirloin steak in a churrasco marinade, which for CAU means smoked paprika, aji molido (crushed Argentinian red pepper), garlic and parsley. She had hers with thin chips and a glass or three from our bottle of Mendozan Malbec. 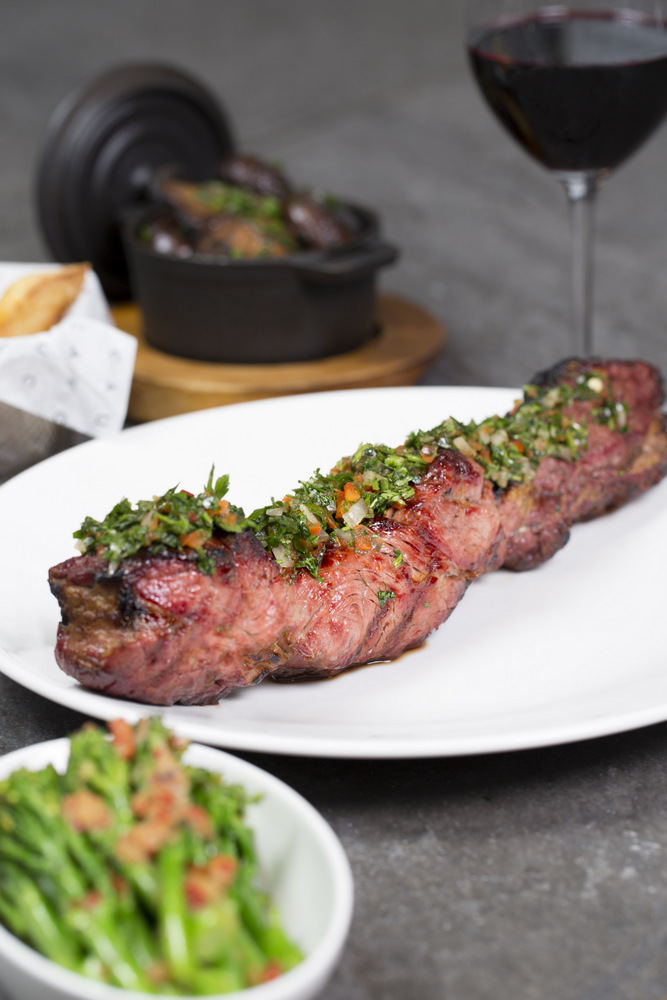 With everything devoured and Penny and I endlessly satisfied, it was then time to take a walk around the romantic docks and see what else this secret spot had to offer.

The Alexander Miles Gallery is a fine art institution offering pieces from across the globe. The Dickens Inn is a pub built in an 18th century warehouse. Powerboat racing can be found during the day while a number softly-lit bridges in the evening allow for moments with your better half that will linger as if having been smothered in chimichurri.

It’s a beautiful place, calmly presided over by both the stunning Tower Bridge and Tower of London. If Mother Nature decides that we Londoners deserve just a little more sun, you should have no hesitation in introducing someone special to CAU in St Katharine Docks.

I’ll be there in the hailstorm next week. 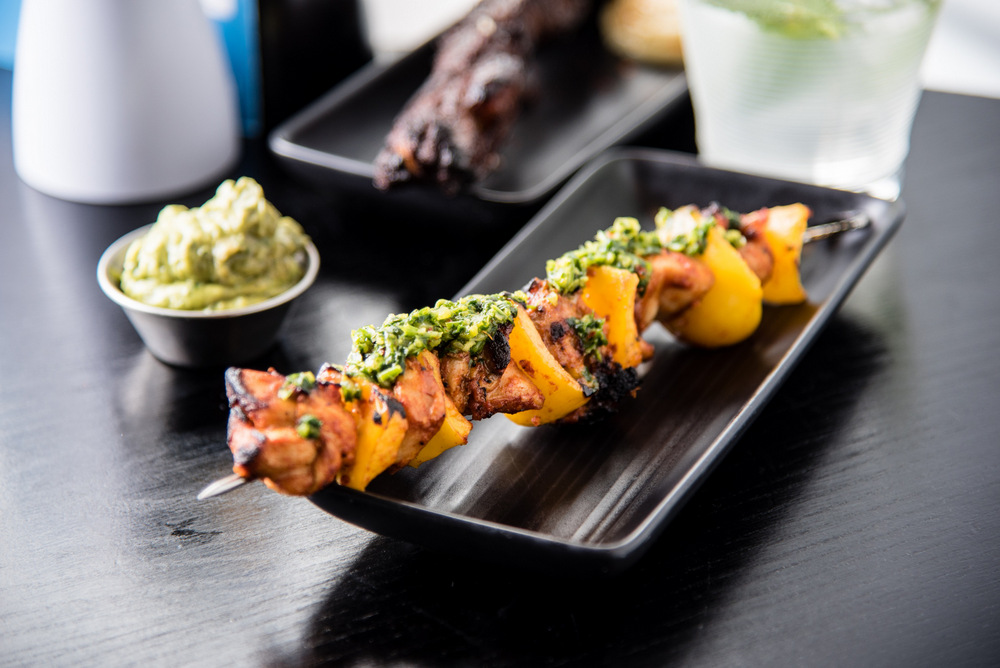