1970s crowned the best decade for fashion and beauty

Research has found that more than 40 per cent of adults would choose the disco era as the decade they would like to revisit.

Almost three in 10 wish they had lived through the seventies and 41 per cent believe the ‘disco vibes’ made it the most ‘fun’ period.

Along with other key trends such as bell-bottom trousers – which 29 per cent of respondents voted as needing to stage a comeback – platform shoes, knee high boots and maxi dresses were also classed as fashion heroes.

The research was commissioned by shopping destination centre:mk to celebrate its 40th birthday, as part of a project called ‘Four Decades of Style – 1979 to 2019’. 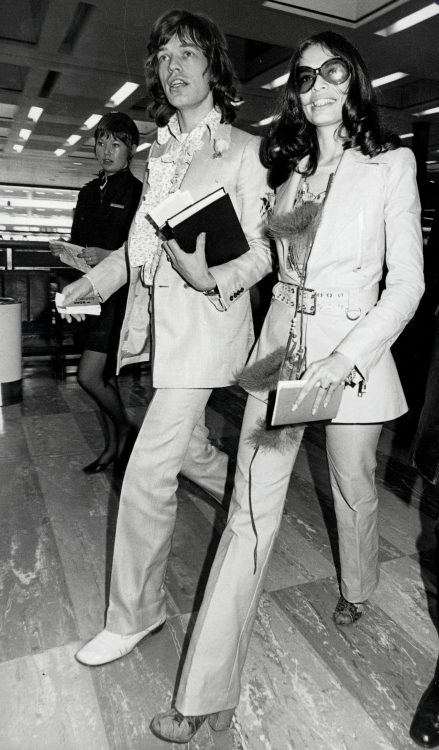 centre:mk collaborated with fashion and culture expert Jo Craven on the ‘Boomerangs, Fads and Icons’ report.

It identifies fashion headliners and ‘boomerang’ trends as well as fleeting fads, revealing the cyclical nature of four decades of fashion.

Kim Priest, head of marketing at centre:mk, said: “When we commissioned Jo Craven for our ‘Boomerangs, Fads and Icons’ report, we didn’t expect it to start so many conversations across the generations.

“In particular, explaining the iconic status of the mullet in its time brought huge amusement.

“So many of the iconic trends from the last four decades keep on boomerang-ing back, season after season, and have resurfaced on the high street this season.

“This focus on reinvention is something we celebrate as a centre, ensuring we stay as relevant as the latest boomerang trend.”

The colourful 1980s was the second best decade for fashion and beauty thanks to hero items including shoulder pads, big hair and shell suits.

More than one quarter thought power shoulder pads were a standout eighties trend, while two in 10 believe big hair was a definitive look.

The year 1983 also saw Madonna release her debut album and go on to define the era’s fashion. As a result, 22 per cent believe she is one of the most iconic influences of the period.

A further three in 10 credited Princess Diana as having a huge impact on the way we dress today and the late David Bowie with his chameleon-like appearance was chosen as the most influential male style icon.

Other stylish men included Kurt Cobain, Karl Lagerfeld and Mick Jagger, who along with his then-wife Bianca were style icons of the 70s.

At the other end of the spectrum, mullets were voted the most ‘hilarious’ look that the nation would least like to come back into fashion, followed by puffball skirts and skin-tight metallics.

Grease was the most influential film for fashion and beauty and Olivia Newton John and John Travolta’s leather duo was the most ‘iconic’ style moment in pop culture according to over a quarter of Brits.

Jo Craven said: “Four decades ago when centre:mk first opened, mobile phones were a futuristic fantasy, the final episode of Fawlty Towers was aired on TV, Harry hadn’t even met Sally and Blondie’s Heart of Glass was Top of the Pops.

“Forty years on, we may still be listening to Blondie, but the world has changed substantially.

“But it’s so much fun to identify the icons who still inspire us, the trends we still can’t quite believe were popular and the much-loved and surprise comebacks.”

The modern decades of 2000s and 2010s proved less popular for fashion, but Brits admitted they would like to see capri trousers and leggings make a comeback.

But the styles Brits do not want to ever see return include wearing underwear as outerwear, ‘Crocs’ shoes and ‘his and hers’ outfits, according to the research.

A full round-up of centre:mk’s 40th anniversary celebrations can be found at www.centremk.com, along with the full ‘Boomerangs, Fads and Icons’ report.

Top trends from the 70s: