The average person will try 126 fad diets over the course of their lifetime.

A study found each person will embark on at least two fad diets a year – in a bid to lose weight FAST.

The most common ‘quick fix’ methods were revealed as the Atkins Diet, the 5:2 and the Cabbage Soup Diet, while others opted to eliminate key food groups by trying the Keto, South Beach or Juice diets.

Unsurprisingly, the typical fad diet is abandoned after an average of just six days.

But 52 per cent of those polled admitted they were really confused about which diets were sustainable and which were not.

One fifth don’t know where to go to get reliable and truthful information, and more than half are baffled about which foods can and can’t be cut out.

Almost one third of adults even believe consumption of fruits such as berries, apples and bananas should be limited.

Nick Marston, chairman of Love Fresh Berries, which commissioned the study, said: “January tends to be the month when people embark on fad diets as a quick fix.

“However, we know that it isn’t a sustainable or even healthy approach.

“Instead, nutritionists advise that we follow evidence-based nutritional advice and look for a well-balanced diet that does not cut out any food groups.

“Incorporating lots of fruit and vegetables is important, including berries as they have many important nutritional benefits.”

The study also revealed that when deciding to ‘emergency diet’, almost half of those polled would turn to Google as their first port of call for information, while 10 per cent would find out what their favourite celebrity does to look good.

Social media and self-help books are referred to by 15 per cent of people, but only 27 per cent say they’d consider consulting a GP. 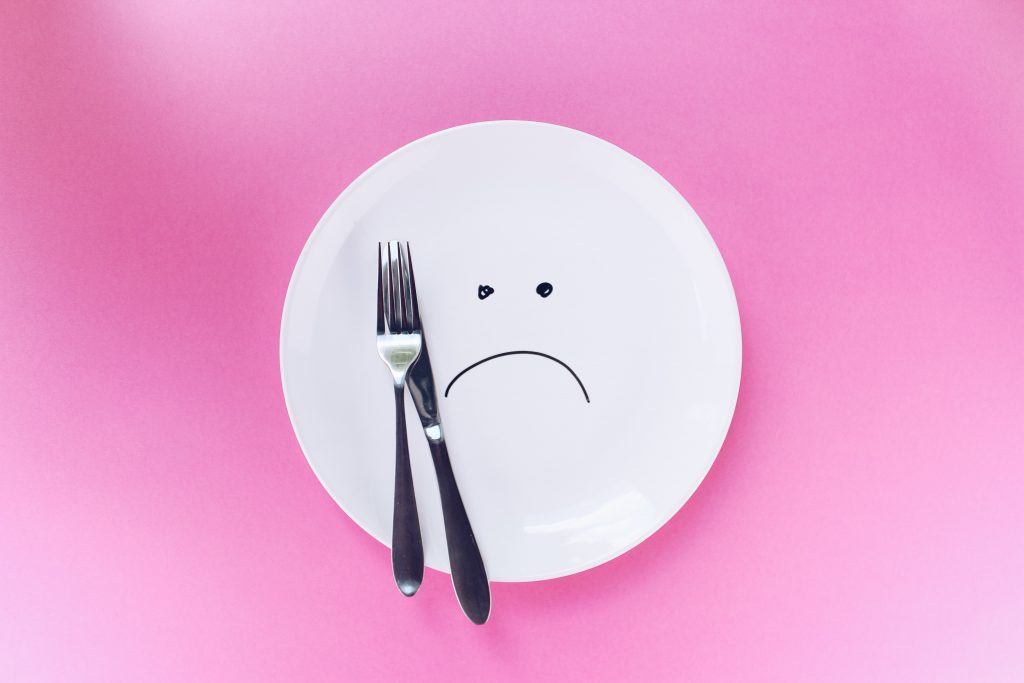 Key motivations for people to take up a crash diet include having a big event on the horizon (18 per cent), preparing for a holiday (21 per cent) and wanting to feel happier with appearance (24 per cent).

But some of the methods of dieting proved even more extreme than others, with 16 per cent admitting they would consider drinking up to 12 glasses of lemon juice a day to lose weight quickly.

And one in twenty would even be happy to intentionally ingest a tapeworm to burn ‘extra’ calories.

Other drastic – and unhealthy – methods respondents would consider trying include eating ice every day, drinking olive oil between meals and tucking into jars of baby food.

The apparent confusion about what works and what doesn’t means many Brits are opting to cut out essential food groups, believing this will encourage faster weight loss.

And with the majority of adults admitting they experience more than five food cravings a day when trying to crash diet, the research indicates the elimination of certain foods is not sustainable for any period of time.

Loving food topped the poll of reasons why dieters found these plans impossible to stick to while a quarter said food and drink were integral to their social life.

Among the chief diet breakers are chocolate, bread and pasta, but for one in 10 fruit juice and bananas prove hard to resist.

Some people have even had to abandon a diet after it clearly affected their health, with fatigue (21 per cent), weakness (29 per cent) and headaches (26 per cent) putting an end to quick weight loss plans.

The study also revealed just under half are confused about whether fruit should be limited when dieting, due to fears the food is too high in sugar (45 per cent) and carbohydrates (13 per cent).

More than one in 10 are convinced fruits are too calorific, while another tenth believe they contain worrying levels of fat.

Dr Emma Derbyshire, a leading nutritionist,  said: “It seems there are still ongoing confusions about how much and what form fruits should be eaten.

“Concerns about sugars and carbohydrates are largely unfounded.

“The benefits that fruits bring in terms of micro and phytonutrients far outweigh any potential sugar concerns.

“Sugars naturally occurring in fruits are intrinsic and not ‘added’ sugars, also known as free sugars.

“Fruits such as berries are naturally sweet so there is no need to add extra refined sugar to these.

“In terms of calories and fats in fruit, this is rather concerning.

“When put into a larger context fruits contain far fewer calories, sugars and fat than refined snacks such as crisps, biscuits and cakes.

“Such confusions are worrying and clearly further myth busting is needed to help correct these misconceptions.”