35 Years On- So This Is Permanence 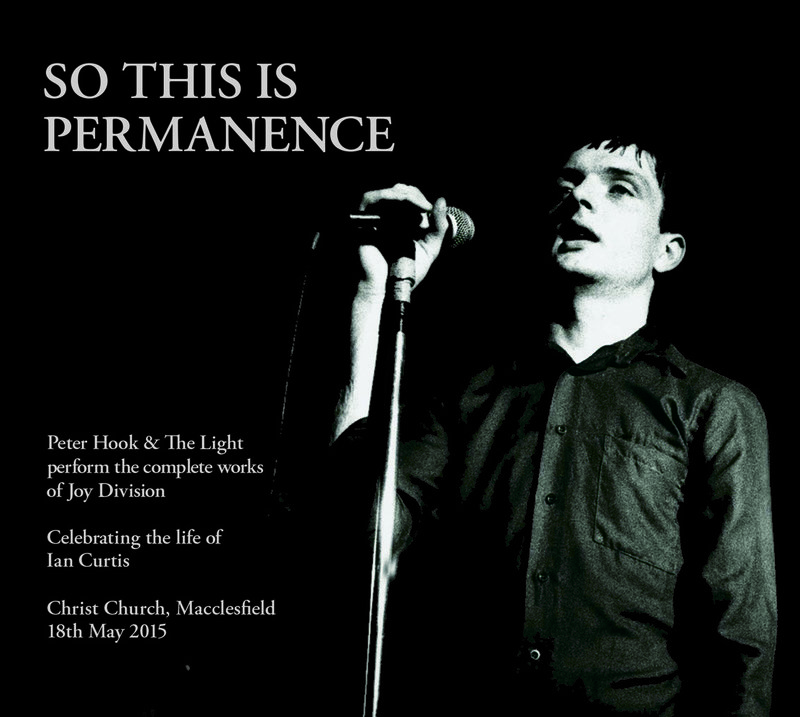 Peter Hook & The Light’s return to Christ Church, Macclesfield on May 18th 2015 to perform the complete works of Joy Division sold out in record time with the total number of tickets being fully allocated in less than eight minutes when they went on sale in late March.

Peter Hook, The Light and the organisers were delighted at the reception and support the “So This Is Permanence” announcement received in such short amount of time. Given the world-wide interest in this singular concert in the centre of the town where the group was founded and following requests, Live Here Now are to record and release the full concert on the night for attendees and after the event. The concert sees Hooky and The Light perform the full Joy Division catalogue in one concert for the first ever time some three and a half decades since the band ended. The set will include their two uniquely original albums “Unknown Pleasures” and “Closer”, as well as the final release, “Still” and all tracks from “An Ideal For Living” and all other output from the band’s canon. With the concert expected to run for around three hours plus, the release will come as a 3CD pack in full colour digitally printed packaging. Proceeds from the release benefit the charities Epilepsy Society and The Churches Conservation Trust involved in the event. The triple CD will be available on the night, immediately following the concert and mail-orders will be shipped from Thurs 21st May when the concert will also be made available to download digitally. Click here for details and to pre-order the release.

Live Here Now have previously collaborated with The Light on The Hebden Bridge Tapes, where the group performed all of the Joy Division and New Order album shows in a three night residency last December as well as the band’s Live At Goodwood release in 2010. Video from the Hebden Bridge residency is available on the band’s youtube channel. “So This Is Permanence” is also being filmed by Surdevan Creative using their exclusive jackinabox system and will be made available after the event. A marquee is to be erected in the lawns outside Christ Church and will host a talk and signing with photographer Kevin Cummins on the day of the concert from 430pm onwards where Kevin will chat about his work and association with Macclesfield, Joy Division and more with journalist and broadcaster John Robb. Kevin’s iconic black and white photography has charted all of Warsaw, Joy Division, Factory Records and New Order. He will be discussing his Joy Division book and his recently published New Order book as well as signing copies of these.

Related events taking place in Macclesfield at the time of “So This Is Permanence” include events at the town’s Charles Roe House which is exhibiting “I Remember Nothing”, an exhibition of Joy Division photographs and art by Martin O’Neill, Joe Cheetham and Nick Oldham throughout May and June. “I Remember Nothing” has a preview “Midsummer at Charles Roe House” on the afternoon of Sunday 17th May and the exhibition will be also open from 11am to 4pm on Monday 18th May for people coming to the concert. For more information see here.

Entry to both the Kevin Cummins / John Robb talk and signing as well as the events at Charles Roe House are free on a first come, first served basis. After “So This Is Permanence”, Peter Hook & The Light will next perform the Joy Division albums in full for the 25th Anniversary Concerts for Manchester Academy on Fri 30th Oct this year and also undertake their first nationwide tour of New Order’s “Low Life” and “Brotherhood” in September, October and November 2015. A full list of upcoming dates is available here.