A Chat With Craig Charles 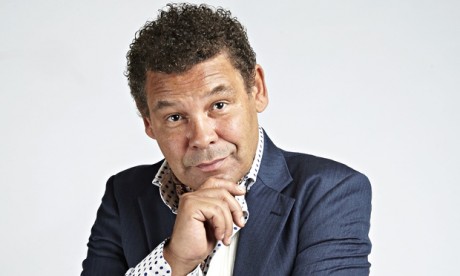 VIVA had a chat with the lovely and charming Craig Charles this week. The Liverpudlian actor talked about his BBC radio show, soul music, leaving Coronation Street and occasionally sleeping in the back of his car.

Hi Craig, first could you tell me a little bit about The Funk and Soul Music show with BBC Radio?

Yeah, it goes out between six and nine on a Saturday night on BBC 6 Music, it’s exactly what it says on the tin really. It’s just Funk and Soul music I play. It’s not a history lesson, it’s just a show that is based around the golden era of black American music from the sixties and seventies. We mainly play the European worldwide response to that really now, so a lot of the music we play now has been recorded now and played now and toured now by bands on the scene today. It’s quite vibrant, quite sexy sort of immediate kind of show. It’s got the biggest audience on the network of any radio show. It’s the most listened to show on the network, it’s quite weird because we thought we were doing this niche kind of show, that would be a bit of soul music but it’s kind of gone massive. If you think about it, some of the biggest selling albums of the 21st of century have essentially been soul albums like Amy Whinehouse’s Back to Black and Adele and Mark Ronson, Duffy, Sam Smith, they are all soul artists. Soul is having a renaissance I think.

You are taking part in the BBC music day this Friday, what is your most memorable gig so far?

I’ve done so many now, I did the closing party at Space in Ibiza last year which was clearly memorable. It was so memorable that I actually missed my plane twice! (laughs) I did the Soundwave festival in Crotia, it was this massive boat party. Glastonbury every year is really memorable. There have been so many. I did a festival in Bulgaria this year, which was half way up a snow covered mountain and the only way to get me off the mountain was to get me a snow plough because of the highest recorded snow fall. I was filming Coronation street and we over ran last year when I was playing Kendal Calling so the helicopter had to actually pick me up from the cobbles and fly me to Kendal Calling. It all feels a bit rock and roll when something like that happens.

It will be hard to choose just one but what is your all time favourite song?

Oh, it depends on what time of day it is, what day it is, what month, what mood. There are just so many, something I’m really into at the moment is Lack of Afro remix and a track by Extra Curricular called Robbin Hood, I really like that one at the moment. The Hot 8 Brass Band ten minute version of Sexual Healing, now that’s an absolute stunning piece of work.

You have quite a hectic schedule with Coronation Street and a radio show, how do you manage to fit it all in?

I’m very good at sleeping in cars. (laughs) I’ve got a driver and he drives me everywhere and I have a pillow and a blanket and I just get on the back seat of the car and have a sleep when I can. Last weekend was ridiculous, I finished Coronation Street at six o’clock and I was on stage in Brighton for midnight so we had to drive for five and a half hours, I got the Brighton just before I was due to go on stage, did the gig then we had to come straight back because there was a Red Dwarf convention at Event City here in Manchester at nine o’clock in the morning. From nine o’clock in the morning until four in the afternoon I was at the Red Dwarf convention then I had to go over to the BBC and do my radio show and then we played Band on the Wall in Manchester that night and then the next morning I had to get up early and go to Wychwood festival in Cheltenham because I had to be on stage for two o’clock, so that was just last weekend.

There have been many high’s and low’s in your career, what would you say is your biggest achievement?

I suppose longevity is an achievement. It’s such a cut throat business that I’m in and to be able to do all of the things that I’m able to do, to a high standard, thirty five years after I started is an achievement in itself really. I’ve been able to carry on doing the things that I love doing and getting paid to do them. There are so many people that started out when I started out and you never hear from them now. I’ve actually made a career out of it. I’ve been very lucky in some of the choices that I’ve made. Shows like Takeshi’s Castle and Robot Wars and Red Dwarf, all these shows have captured the nation’s imagination and are still played today. Who would have thought they would work out? Like Red Dwarf, there are going to be two new series now twenty eight years after we started doing it. I’m very lucky.

How do you feel about saying goodbye to Coronation Street and the character Lloyd?

I’m going to be terribly and desperately unhappy. (sighs) It’s been a part of my life for ten years, I’ve got so many friends there and it’s not an easy show to leave. It’s a nice working environment, I’m going to be terribly sad but unfortunately, like you said, there are only so many hours in the day. Coronation Street will go on, it will go from strength to strength but if I don’t go back and make Red Dwarf, it will never get made. There’s always a chance to come back. I don’t know what their plans are for Lloyd, we’ll see. I would love to go back at some stage. It’s a great place to work.

Finally, what do you have coming up next?

Coming up next, well, I’m in Corrie until September then in October I’m taking over Friday Night is Music Night on Radio Two. I’ve written this epic poem called Scary Fairy and The Tales of the Dark Wood. We will be turning it into Friday Night is Fright Night, we’re doing it with a ninety piece orchestra, we’re going to have poets and readers doing some reading of Roald Dahl and other scary poems, that will happen for Halloween. Then Red Dwarf will start in November and between that every weekend I will be out on the road doing gigs all over the world. I’m going to be very busy.