A Chilled Out Breakfast At INNSIDE Manchester 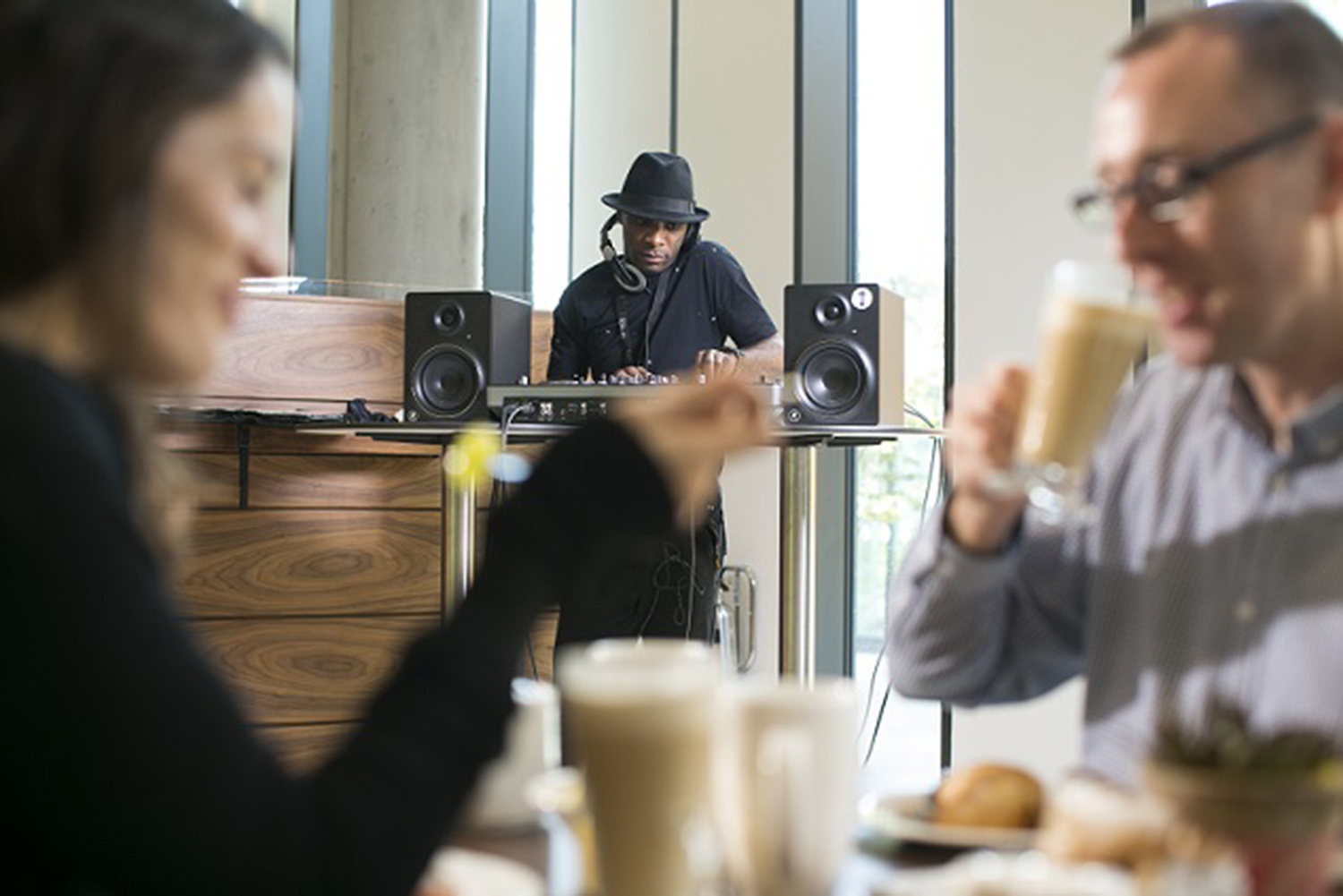 INNSIDE Manchester, the four-star European hotel at First Street, is treating morning guests to a chilled out start to the day with a DJ set from Manchester music legend Edwin Sinclair.

On Wednesday and Thursday mornings Edwin is playing cool Balearic tunes and laid back sounds as a backtrack while guests enjoy breakfast in one of Manchester’s newest hotels.

With a 7am kick off it’s an earlier start than most of his other DJ-ing gigs but Edwin believe that INNSIDE has hit on a great concept which is being really well received by the breakfast guests. He said: “ INNSIDE likes to do things a bit differently to other hotels and they asked me to trial a breakfast DJ slot twice a week. We have been doing it now for ten weeks and the guests seem to really enjoy it. It’s totally in the background and I just play some really mellow, chilled out tunes which hopefully set them up to have a great day ahead.”

Edwin’s top ten tunes for a chilled start to the day are:

A Withington resident, Edwin has been a regular on the Manchester music scene for over 25 years having been DJ-ing at some of the City’s leading clubs including The Hacienda. He is also currently a tour guide at The Whitworth Art Gallery.

Following the success of Edwin’s Wednesday and Thursday early morning sessions INNSIDE has also asked Edwin to provide background music on Friday and Saturday evenings for diners at its Street on First restaurant and during the busy check in period on Saturday afternoons.