Florida: A tale of two castles in Orlando 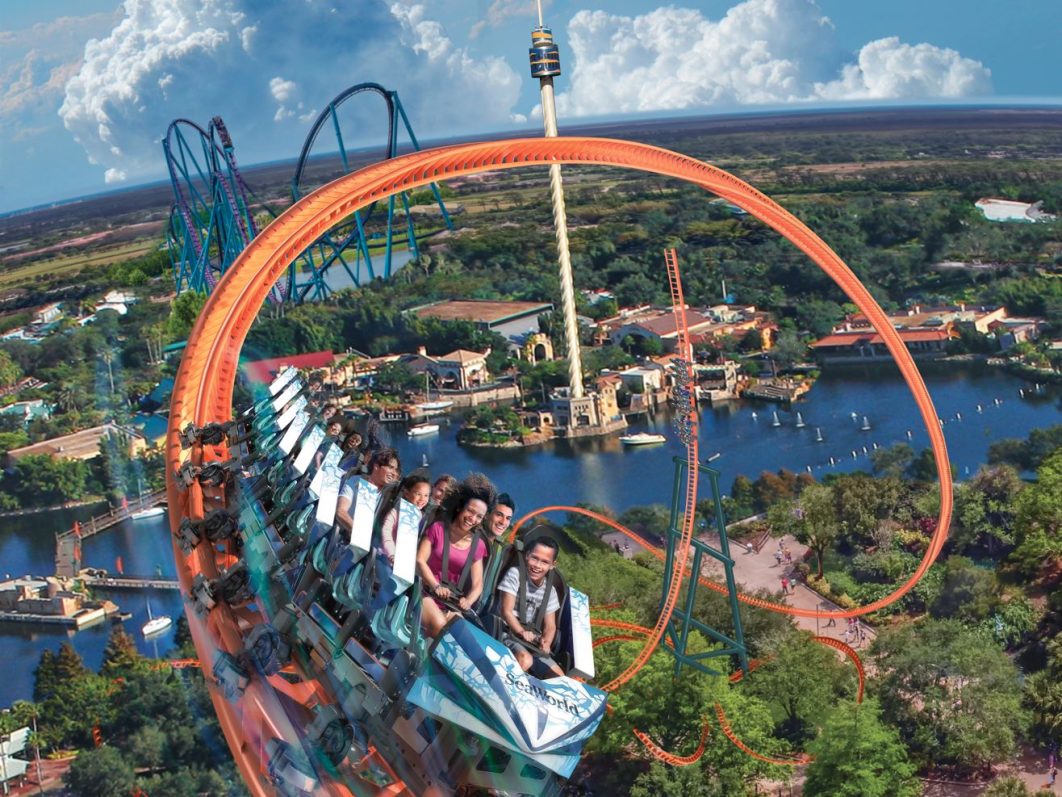 When you think of a holiday in Orlando, what’s the first thing that springs to mind? The castle, right?

But even though Cinderella’s iconic fairy tale home in Walt Disney World’s Magic Kingdom has been a honey pot for tourists for half a century, my 11-year-old daughter Evelyn had another famous castle in mind.

Since our last trip to Orlando, she had watched all the Harry Potter films, and couldn’t wait to head to The Wizarding World at Universal Orlando Resort.

When we eventually arrived at the JK Rowling mecca, she was in her element, walking down the snow-covered Hogsmeade and cobblestoned Diagon Alley, experiencing Forbidden Journey and Escape from Gringotts and, of course, having her picture in front of the magnificent replica of Hogwarts.

All that, and we also got to ride Hulk, Skull Island: Reign of Kong, and the all-new Jurassic Park VelociCoaster, as well as taking the plunge at nearby Volcano Bay waterpark. 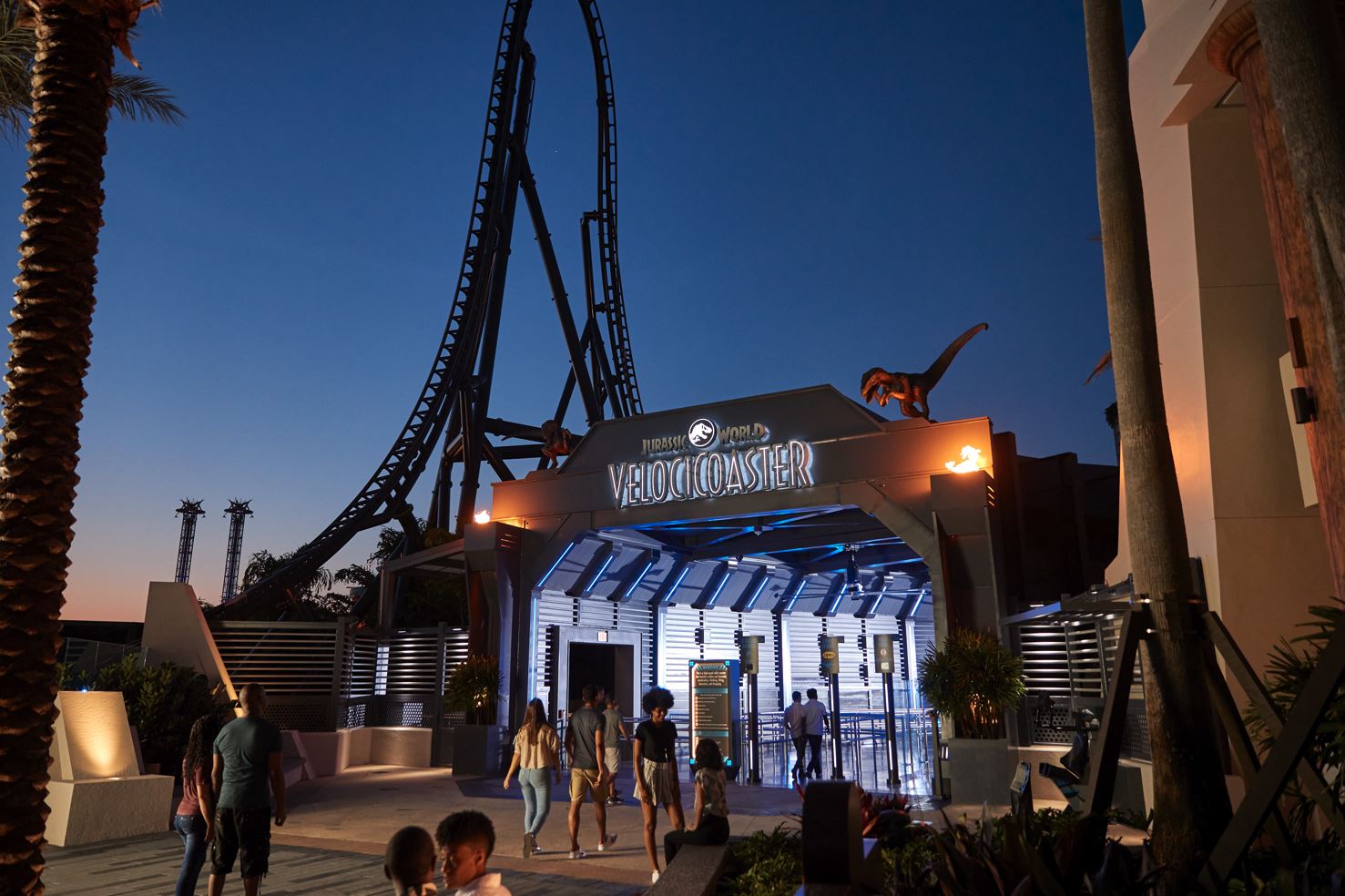 However, it wasn’t only Universal that had Evelyn giddy with excitement ahead of our dad-and-daughter break in the Sunshine State.

She hadn’t been to SeaWorld since she was in nappies and couldn’t wait to accompany her dad on their white-knuckle rides.

During our first full day in Orlando – which also happened to be Fathers’ Day – we climbed aboard four massive rollercoasters: Kraken; Manta; Mako; and the all-new Ice Breaker, which is Florida’s first multi-directional launch vertical drop ride.

Once our motion sickness had subsided, we checked some of the park’s animal experiences, including the Sea Lion and Otter Spotlight show, and the dolphin and stingray encounters.

Away from the main theme parks, there are plenty of other things to do in Orlando, and using our Enterprise hire car to get around, Evelyn and I checked out a couple of the city’s lesser-known gems. 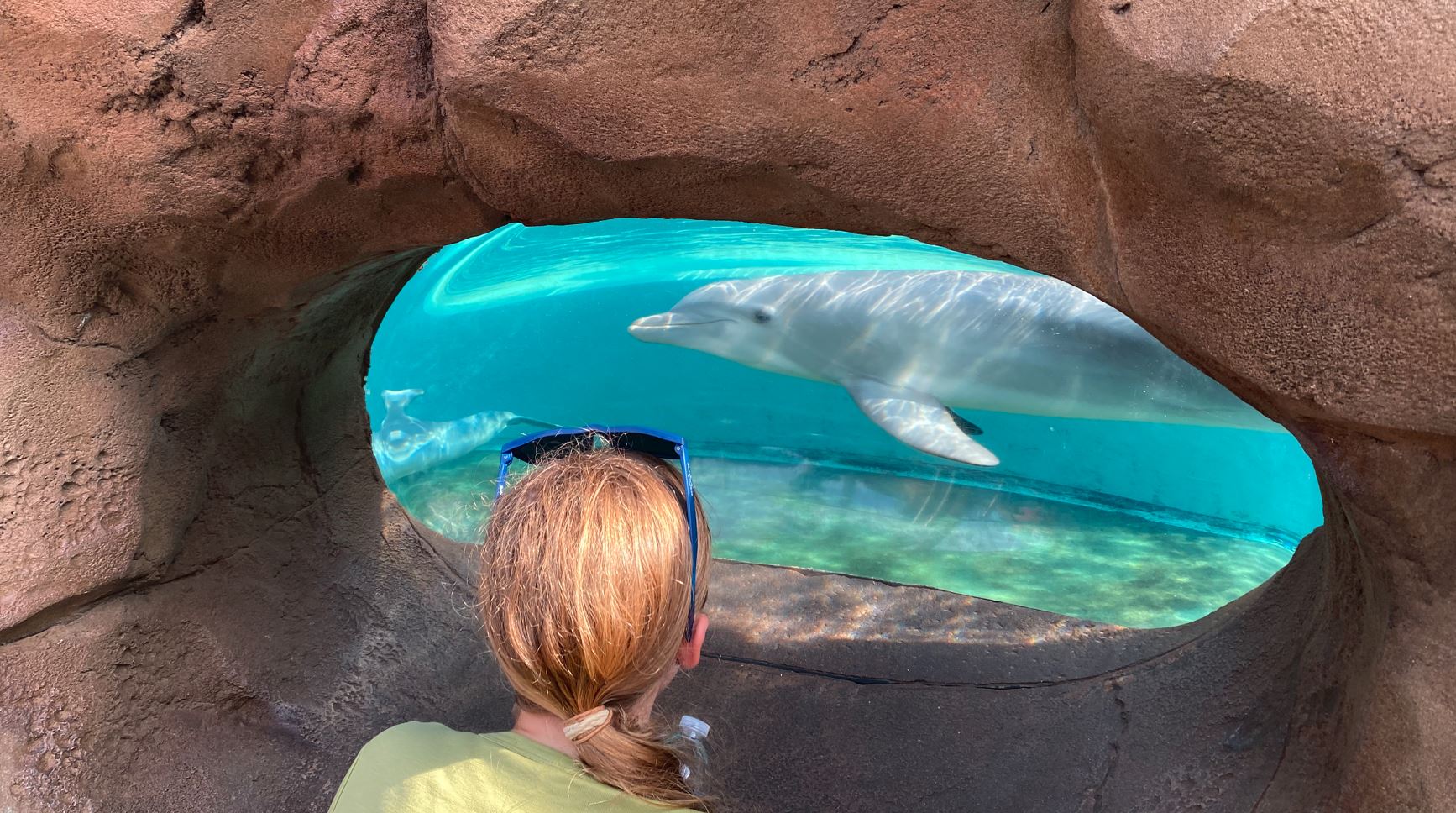 During an educational and exciting morning at Gatorland, reptile expert Brandon introduced us to his favourite alligator Buddy, as well as some of the other creatures who call the park home.

We even got to feed a congregation of 14-foot adult gators. Holding a bucket of raw chicken pieces, with around 50 pairs of hungry eyes transfixed on her, Evelyn was initially petrified.

However, Brandon coaxed a dominant male named Raul to open his mouth and she seemed to make a new friend when she tossed him his breakfast.

And the thrills didn’t stop there, as we got a bird’s eye view of the park aboard the exhilarating Screamin’ Gator zipline ride.

After saying “see ya later, alligator” to Brandon and his pals, we headed south on the US 441 and 192 for a wildlife journey of a slightly different kind. 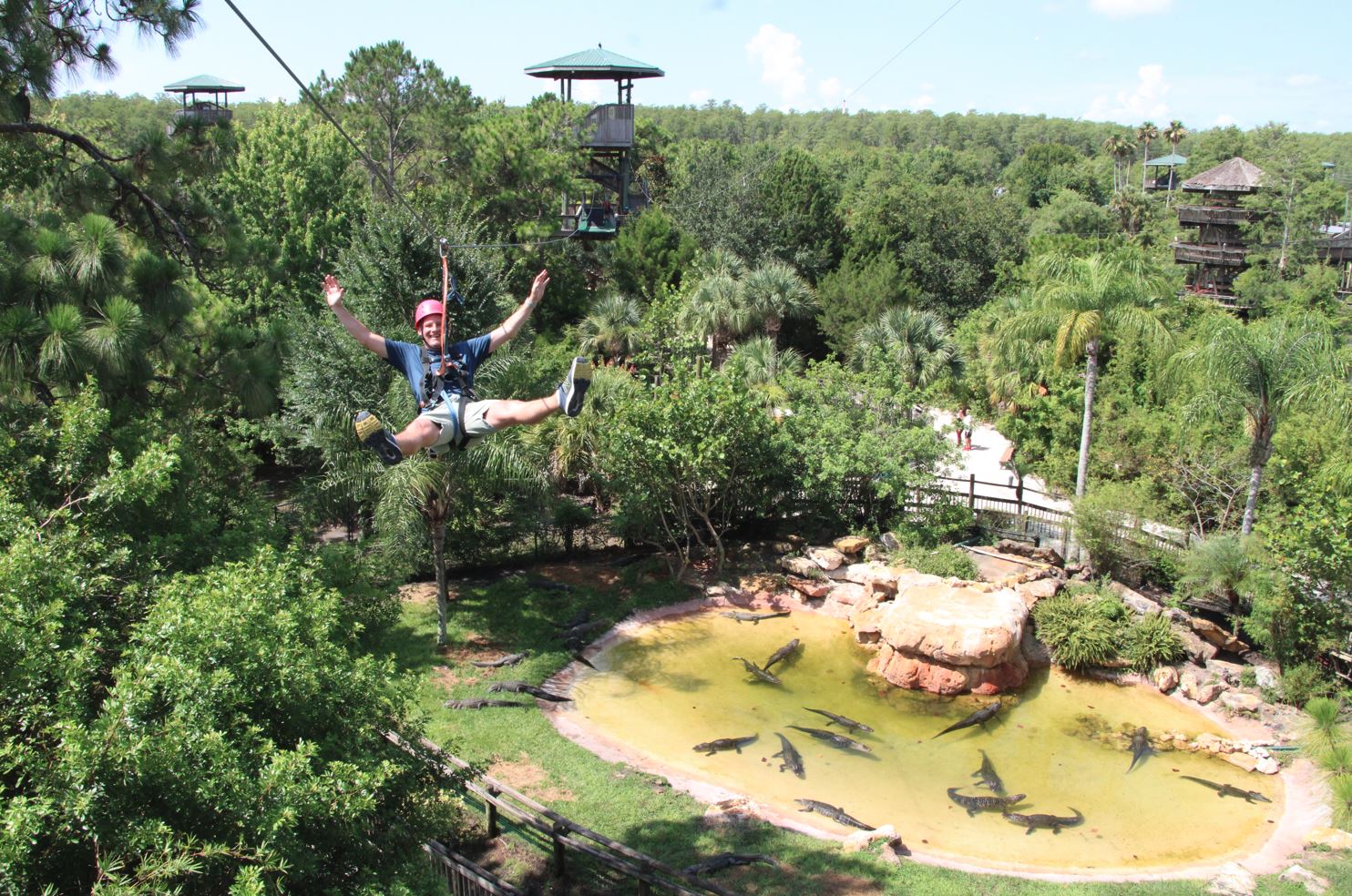 During a safari tour at Wild Florida, we watched zebras, water buffalo and lemurs at play, and fed the giraffes, before climbing aboard an Everglades airboat ride, seeing bitterns and eagles, showy lotus flowers, and wild gators on Cypress Lake.

Back up north, beside a smaller and tamer stretch of water, was our hotel for most of the week, the Wyndham Grand at Bonnet Creek. The resort is one of six dotted around a serene lake, each connected by a half-a-mile-long boardwalk.

The food and drink at the Wyndham Grand were top notch. The American breakfasts of omelettes and pancakes at Tesoro Cove got our motors running, while we had sandwiches and nachos for lunch by the pool at Back Bay Grill, and a dinner of lobster linguine, sautéed Prince Edward Island mussels and Creek Stone Farm ribeye steak at its signature restaurant, deep blu Seafood Grille & Sushi.

Walking around the theme parks in the Floridian heat can take it out of you, but on the evening we retired to our room early, we were still able to watch Epcot’s fireworks from the Wyndham Grand window.

The hotel is also in a great location within the Walt Disney World area and just down the road from one of our favourite Orlando restaurants, Sugar Factory American Brasserie at ICON Park on International Drive.

Their menu – rainbow sliders, popcorn shrimp, watermelon cooler goblets and chocolate cookie jar milkshakes – still tastes as good as it looks, while the music was ramped up a notch every few minutes as the staff serenaded birthdays or special occasions. 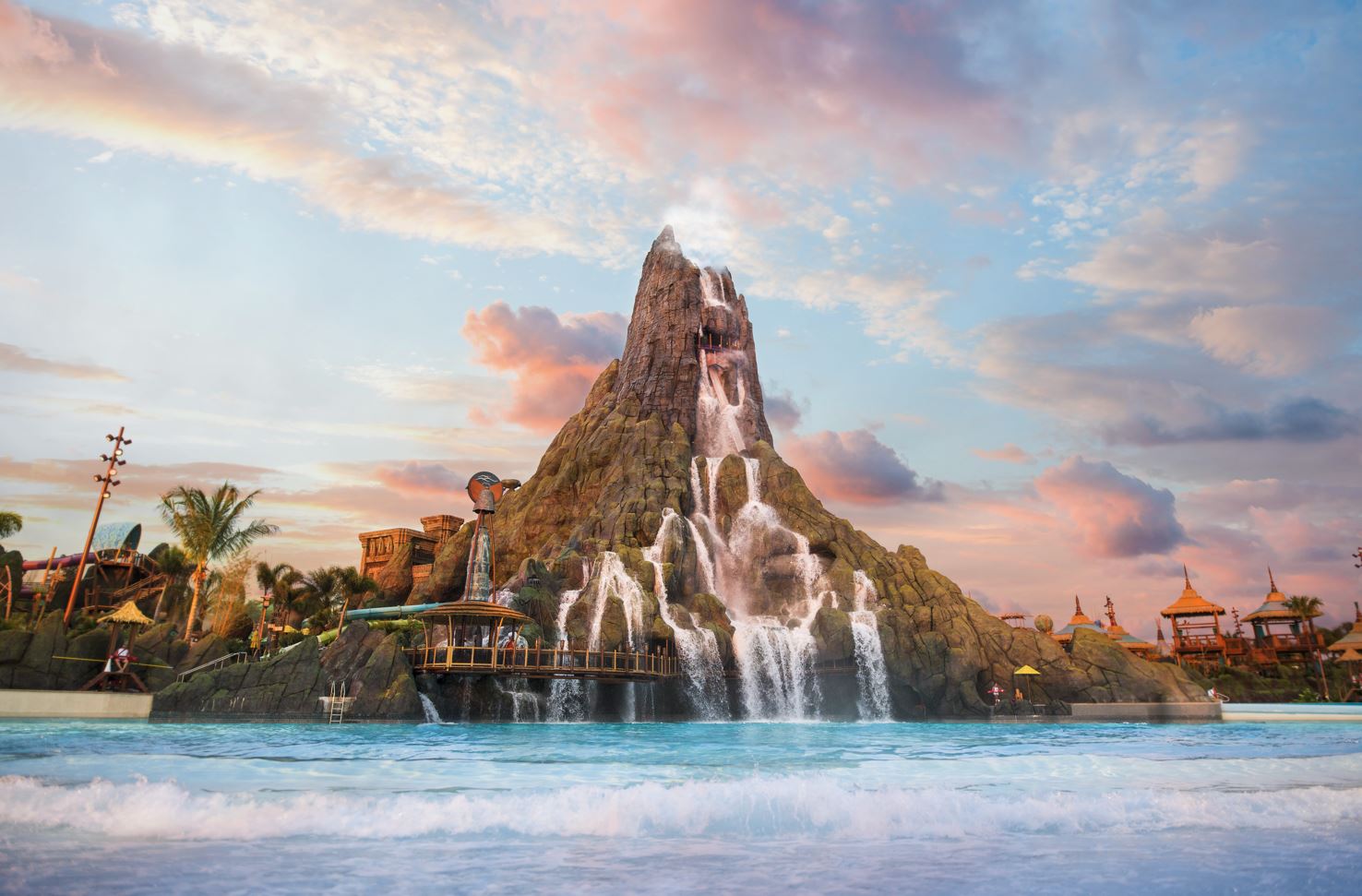 For the remainder of our holiday, we checked into a luxurious suite at Disney’s brand-new Swan Reserve.

The hotel had all the amenities we needed, and as guests we had free access to the adjacent Swan and Dolphin resorts.

Best of all, staying at a WDW property meant we could give the hire car a rest and use Disney’s free transportation system to get around.

One evening, we booked a table at the finest seafood restaurant in the city, Paddlefish in Disney Springs.

Delicious crab cakes and beef skewers were followed by salmon with wasabi mash and scallops with cauliflower puree.

While Evelyn was happy slurping cooling ice water, as I wasn’t driving, I took to the opportunity to sample a cocktail and sip a glass of Napa Valley chardonnay, personally recommended by the sommelier. 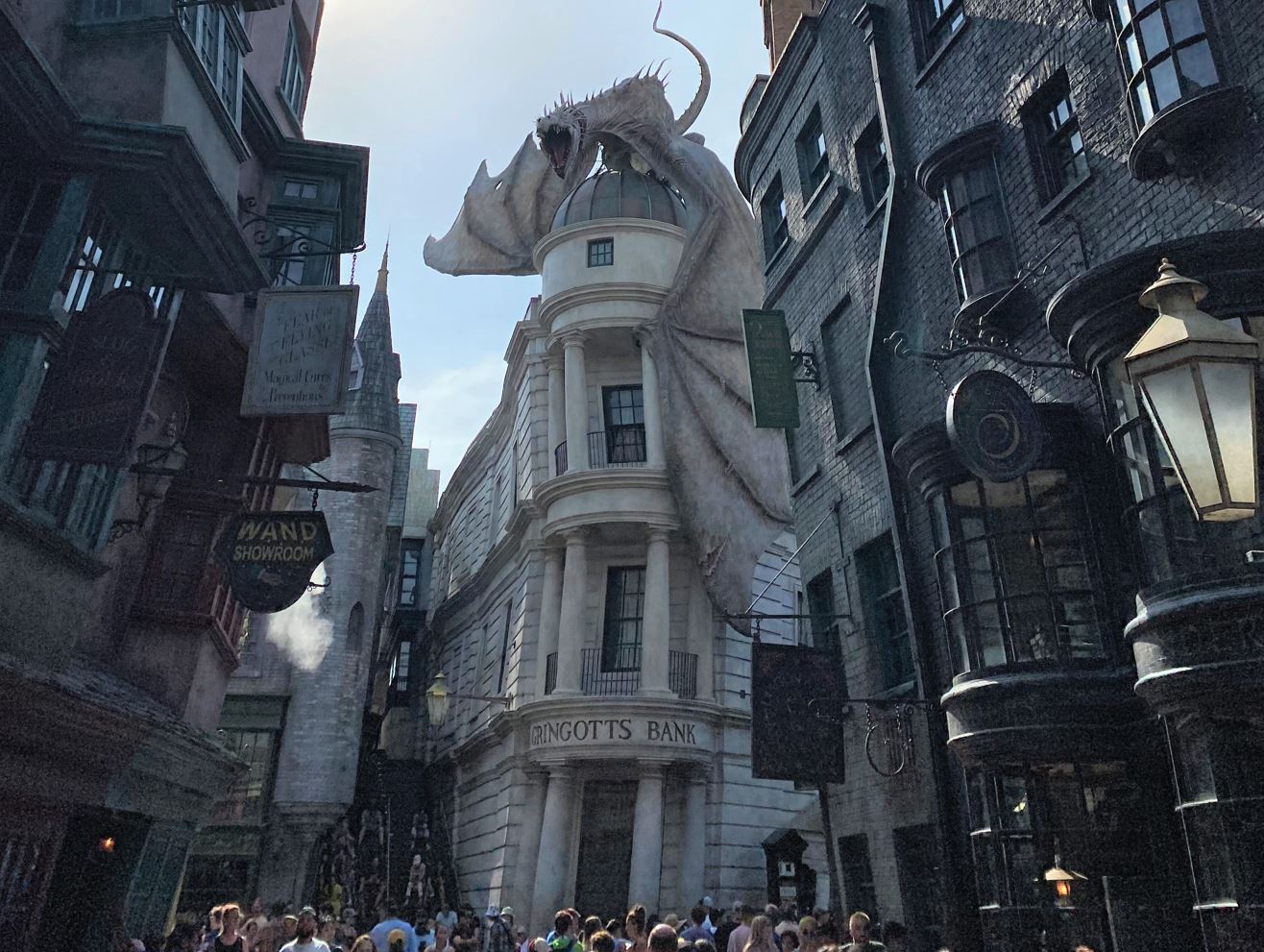 First of all, we checked out Star Wars: Galaxy’s Edge in Hollywood Studios, home of new Rise of the Resistance ride, along with Rock ‘n’ Roller Coaster Starring Aerosmith, Toy Story Mania and The Twilight Zone Tower of Terror.

Then, after jumping on the Skyliner to Epcot, we boarded the Monorail into Magic Kingdom.

Although Evelyn is a bit older and bigger than when she last walked down the world-famous Main Street, when she clapped eyes on the castle, now in decked out pink, blue and gold for the park’s 50th anniversary, her jaw-dropping reaction said it all.

That said, Orlando means more than just Cinderella, Mickey and Minnie to my daughter these days.

The rollicking rollercoasters at SeaWorld, the surprisingly friendly animals at Gatorland, and a certain teenage wizard down the road at Universal, all played starring roles in what was a magical American adventure.

For more information and inspiration on holidays in Orlando, go to visitorlando.com 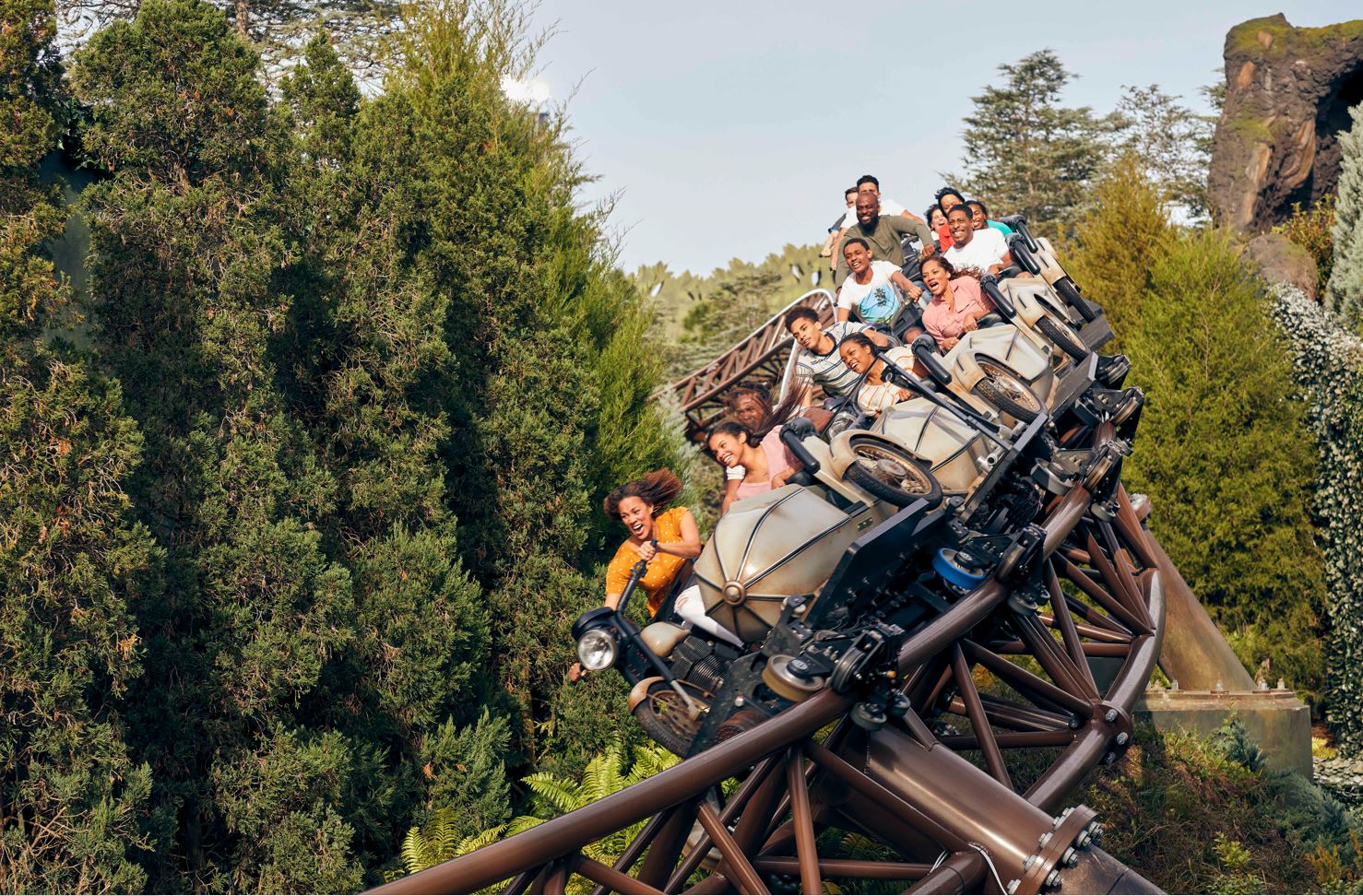 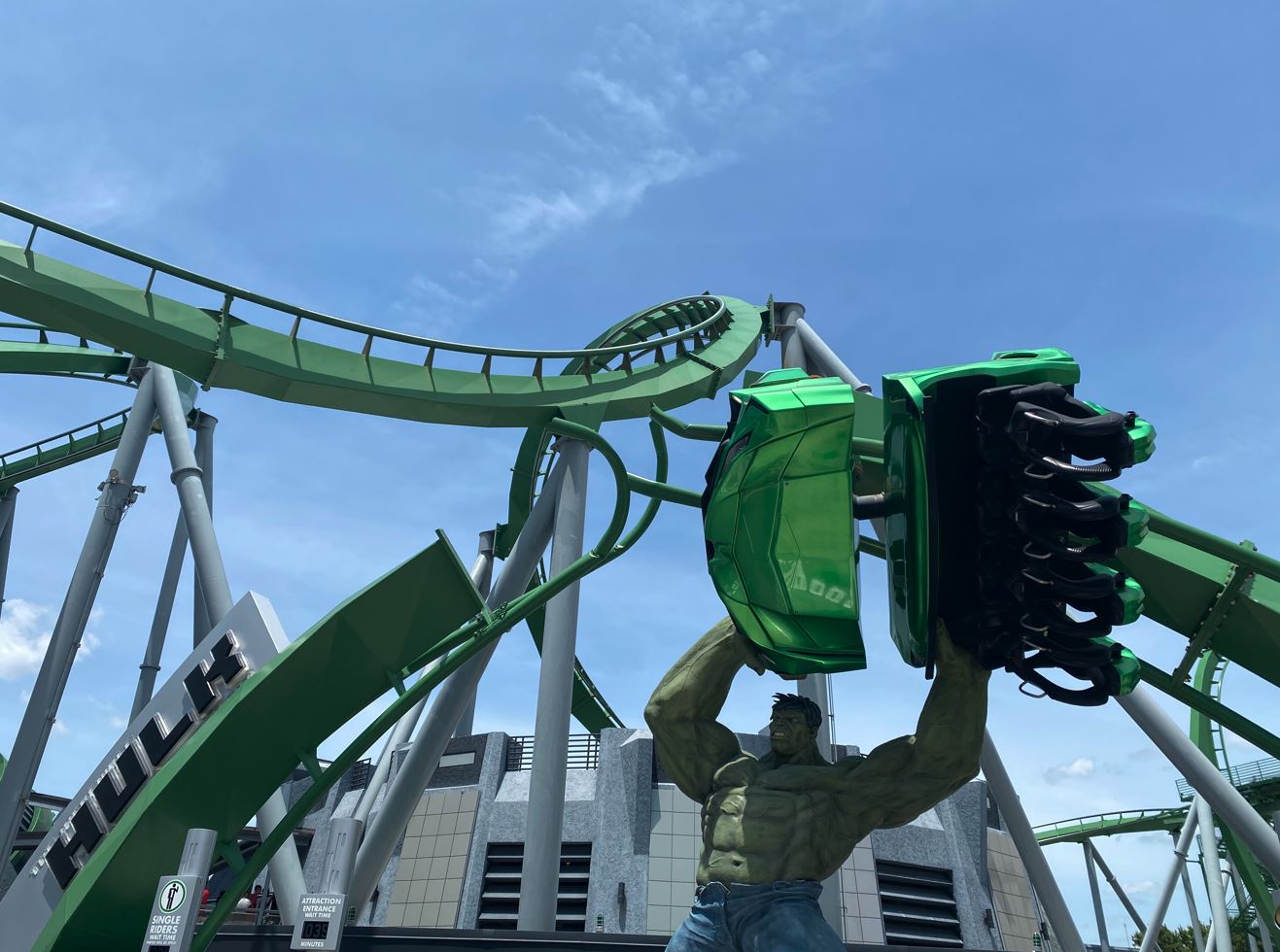 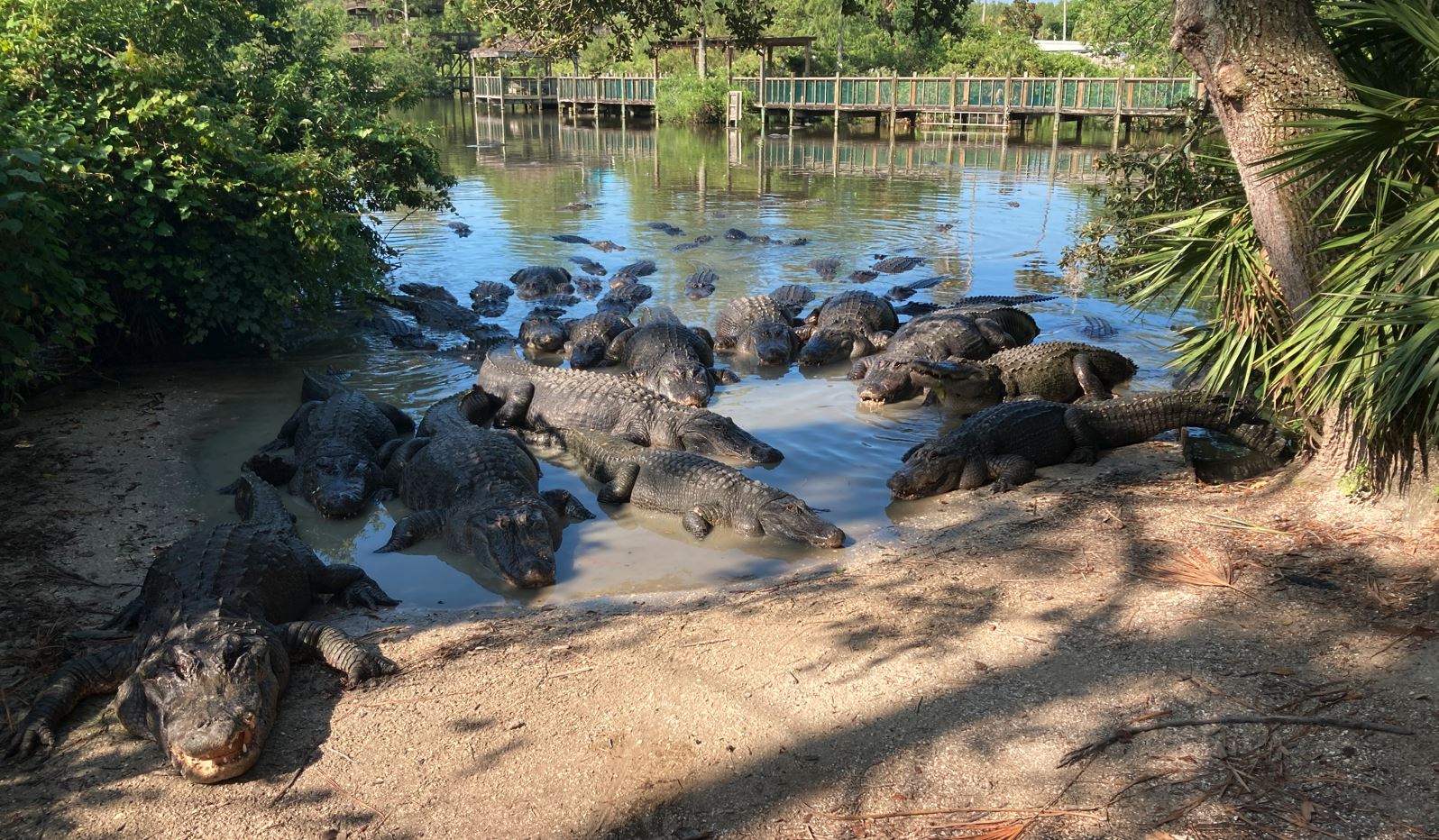 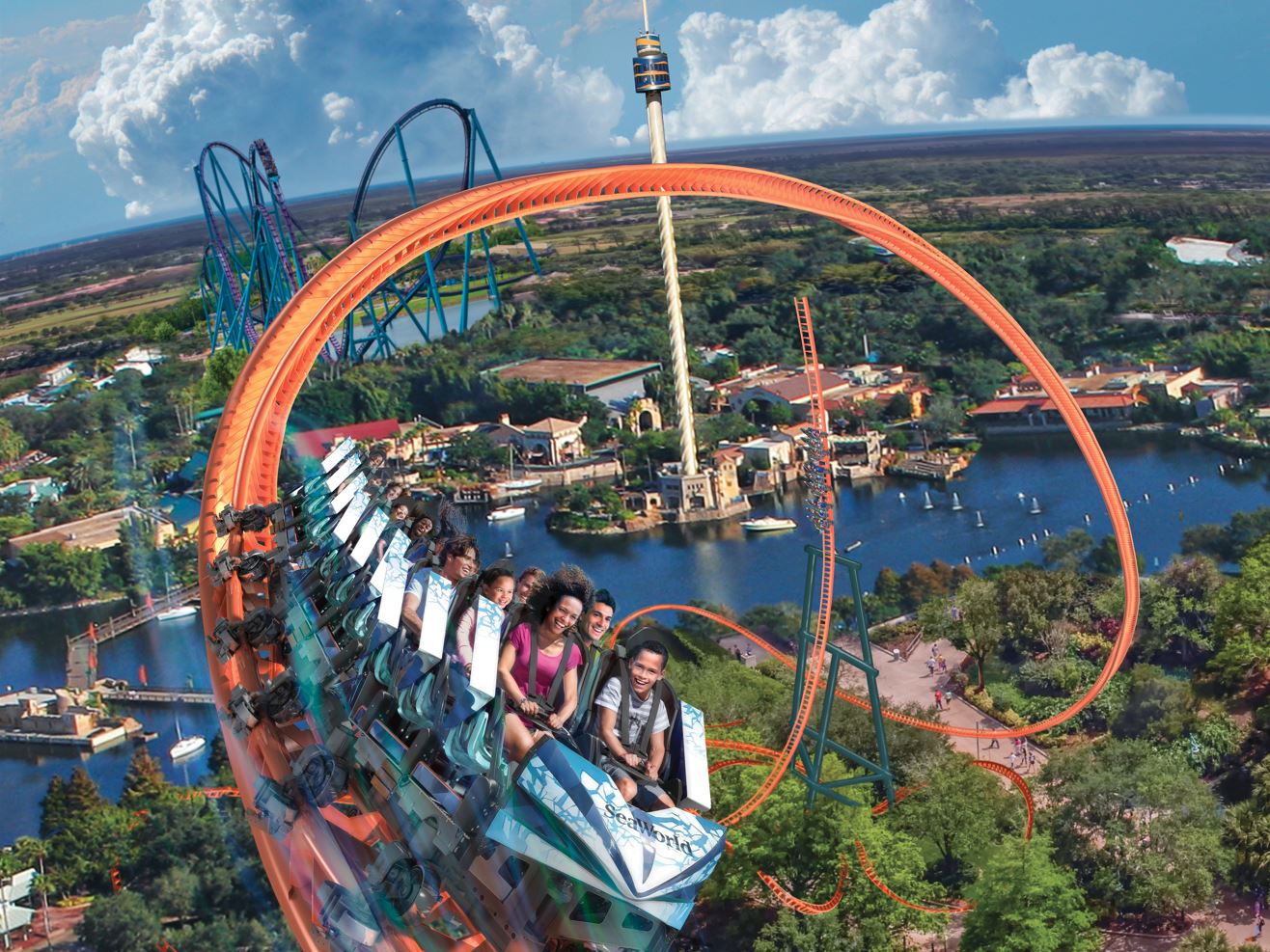 You can book your 2023 Orlando adventure with Barrhead Travel with deposits from £150pp.

Flying direct from Manchester with Virgin Atlantic and staying in a central hotel, a 14-night Florida holiday costs from just £3095 for a family of three or £3709 for a family of four. Based on April 2023 departures.

Alternatively, direct flights to Orlando from Manchester are available through Virgin Atlantic.

Manchester Airport offers car parking options to suit every budget; Fast Track tickets are available from £6 per person; and the Escape Lounge is open in all three terminals, with prices starting from £23.