A winter wonderland grotto opens for dogs in Cheshire

Christmas came early for the residents of Manchester Dogs Home in Cheshire, when a winter wonderland grotto was set up for them.

The four-legged friends reacted with delight at the unusual festive décor.

Footage captures the adorable pups munching at the walls and festive hangings.

While the pooches were also adorned with their own reindeer headbands as they sniffed their way around the grotto made especially for them. 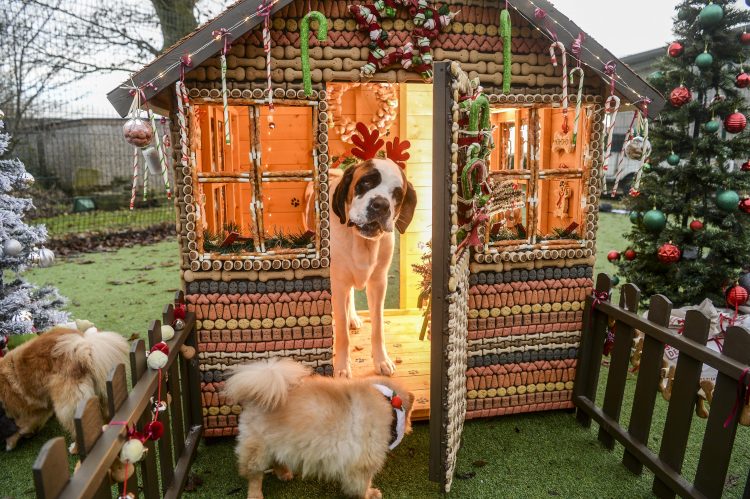 Anna Stansfield, speaking on behalf of the dogs’ home, said of the event created by wilko: “We were blown away when we got the surprise opportunity to welcome the grotto to our site for a festive celebration.

“We have more than 60 dogs here that are looking for loving homes – many won’t be adopted before Christmas, so this is a brilliant second-best.

“The pets have all had a brilliant day, and to be honest I think we have as well, seeing how much joy it’s brought them.”

A survey of 2,000 dog owners, commissioned by wilko, also found an average of £27 pounds is spent per-pooch on gifts over the festive season.

And more than one in 20 will shell out upwards of £100 on their beloved hound, with an average of three gifts bought per dog.

The most common Christmas present for furry companions is a dog chew (70 per cent) followed by a chewy toy (62 per cent) and a stuffed animal (57 per cent). 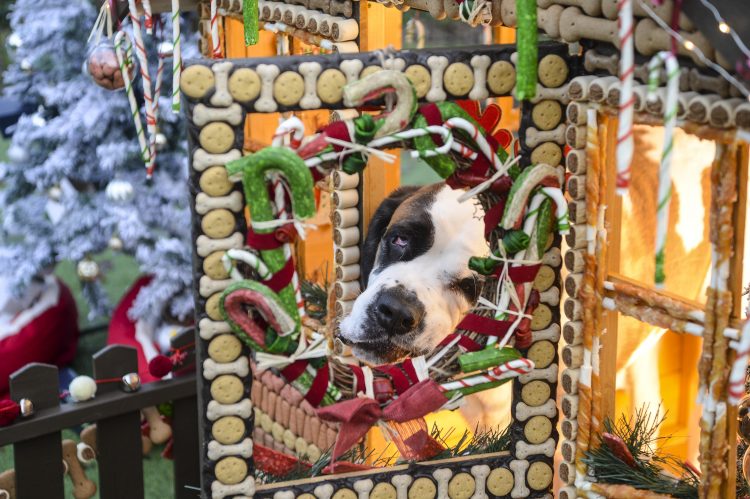 More than two thirds of dog owners will even take the trouble to wrap their pet’s special presents, to ‘unwrap’ on Christmas morning.

And a quarter even confess to spending more on their pet than they have on some friends or family members.

More than half – 58 per cent – encourage friends and family to spend money on a present for their pet to open on December 25th, according to data.

When it comes to Christmas dinner, one in five pampered pooches are treated to their own specially-made plate, while 20 per cent of owners allow their dog to have a seat at the table.

A quarter also write their furry friend’s name on Christmas cards, as if they’ve had a hand – or a paw – in writing it.

A third genuinely believe their dog is aware of Christmas Day when it happens, and half make a special effort to include their pet in the festivities.

Daniel Bingham, senior buyer for pets for wilko said: “Most of us will be having a very merry Christmas and as a retailer that sells gifts for all the family, we know that a major portion of the nation will be purchasing presents for their pets.

“But we also know that won’t be the case for a lot of less fortunate pets in rescue shelters and homes.

“Our survey results found Brits are willing to go the extra mile to really spoil their pets at Christmas, be it via gifts or even sitting at the dinner table, but there are still so many that deserve love.

“We were happy to do our bit to bring some festive cheer to Manchester and Cheshire Dogs Home, and hopefully some of these beautiful dogs will soon enjoy a Christmas with a loving family.”