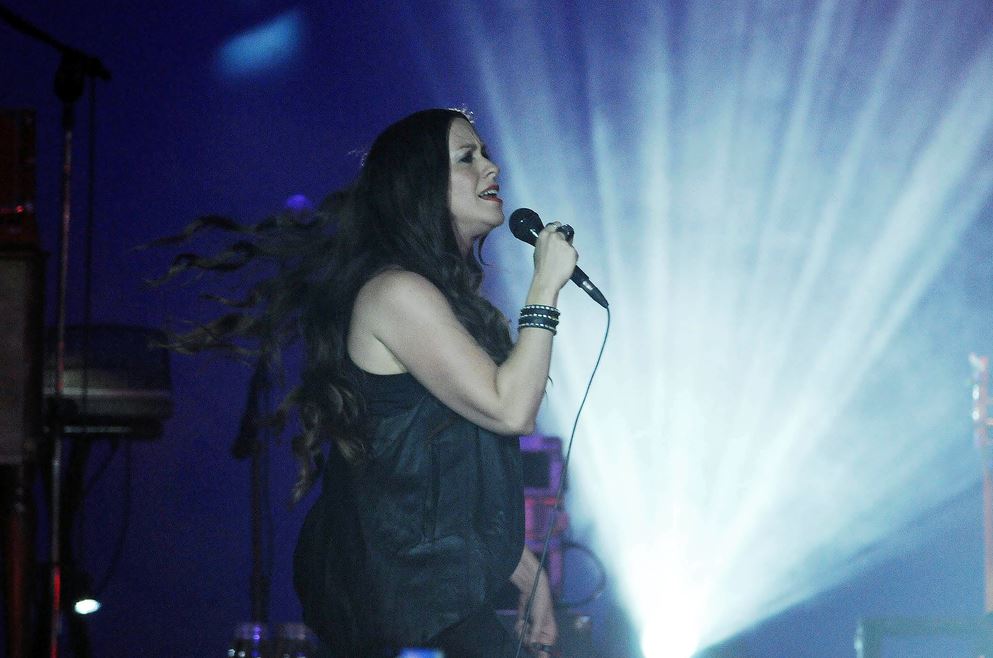 Yay – gigs are coming back! Which is music to VIVA’s ears, and Alanis Morissette has announced six arena dates in the UK to celebrate 25 years of ‘Jagged Little Pill’.

Alanis will perform her iconic album ‘Jagged Little Pill’ in its entirety in Manchester, which sounds amazing, as well as other hits including tracks from her latest album,’ Such Pretty Forks in the Road’, at the gigs this November.

It is part of a worldwide tour which starts in the States and then Europe, closing with two nights at the O2 Arena in London. And to mark the occasion, Alanis has also released a new duet with Willie Nelson of his song, ‘On The Road Again’ via Epiphany Music.

Since 1995, Alanis Morissette has been one of the most influential singer-songwriter-musicians in contemporary music. Her deeply expressive music and performances have earned vast critical praise and seven Grammy awards.

But it was ‘Jagged Little Pill’ that propelled Alanis on the world stage with her huge hit ‘Isn’t it Ironic- Don’t You Think’, which created an anthem for people everywhere and also sparked one of the biggest semantic arguments in musical history on whether she’d used ‘irony’ correctly.

Well, wherever you stand on that one, you can’t deny it is a banging track that has stood the test of time and one that is bound to get the stadiums roaring.

A woman of many talents, Alanis has contributed musically to theatrical releases and has also acted on the big and small screen with guest appearances in ‘NIP/Tuck’.

Outside of entertainment, she is an avid supporter of female empowerment, as well as spiritual, psychological and physical wellness. In 2016, Alanis launched Conversation with Alanis Morissette, a monthly podcast that features conversations with a variety of revered authors, doctors, educators, and therapists, covering a wide range of psychosocial topics extending from spirituality to developmentalism to art.

On December 5, 2019, ‘Jagged Little Pill’ the musical made its Broadway debut at the Broadhurst Theatre in New York City, and was nominated for fifteen Tony Awards.

Most recently, Alanis released her ninth studio album, ‘Such Pretty Forks in The Road’, to rave reviews.

Tickets for the new shows are now live on LiveNation.co.uk.

It sounds like a fabulous gig and it is great to finally be writing about live events again!