One of the crown jewels in the UK raving calendar has to be The Warehouse Project in Manchester.

Kicking off its 2019 season announcing a series of shows in a brand new venue, The Depot at Mayfield is a stone’s throw away from it’s previous venue, Store Street. A disused railway depot which has been left untouched since the 60s with a capacity of 10,000, this behemoth sized venue fell host to arguably one of the largest and most diverse drum and bass line ups the world has ever seen.

Featuring a myriad of underground and radio, it was a fine tuned lineup hosting the likes of Andy C, Dimension and Sub Focus to artists like Calibre, Kings of the rollers & Lenzman. All styles of drum and bass were offered, making it one of the most diverse and eclectic lineups to date. As the big day got closer and closer, the amount of hype on Facebook groups was mounting and this was set to be one of the biggest nights of the year for the Drum and Bass scene.

As we entered The Depot, it was clear that this would be a perfect home for the future of The Warehouse Project with its incredibly vast space which makes up three ginormous rooms. One of the first artists to watch on everyone’s agenda was Dimension in the main room. Opening with some eerie ambiance the music lent itself perfectly to the haunted aesthetic of The Depot. The set was a masterclass in dance floor drum and bass and the crowd, venue and music melted into each other, creating an atmosphere which I have never experienced at the Warehouse Project before. 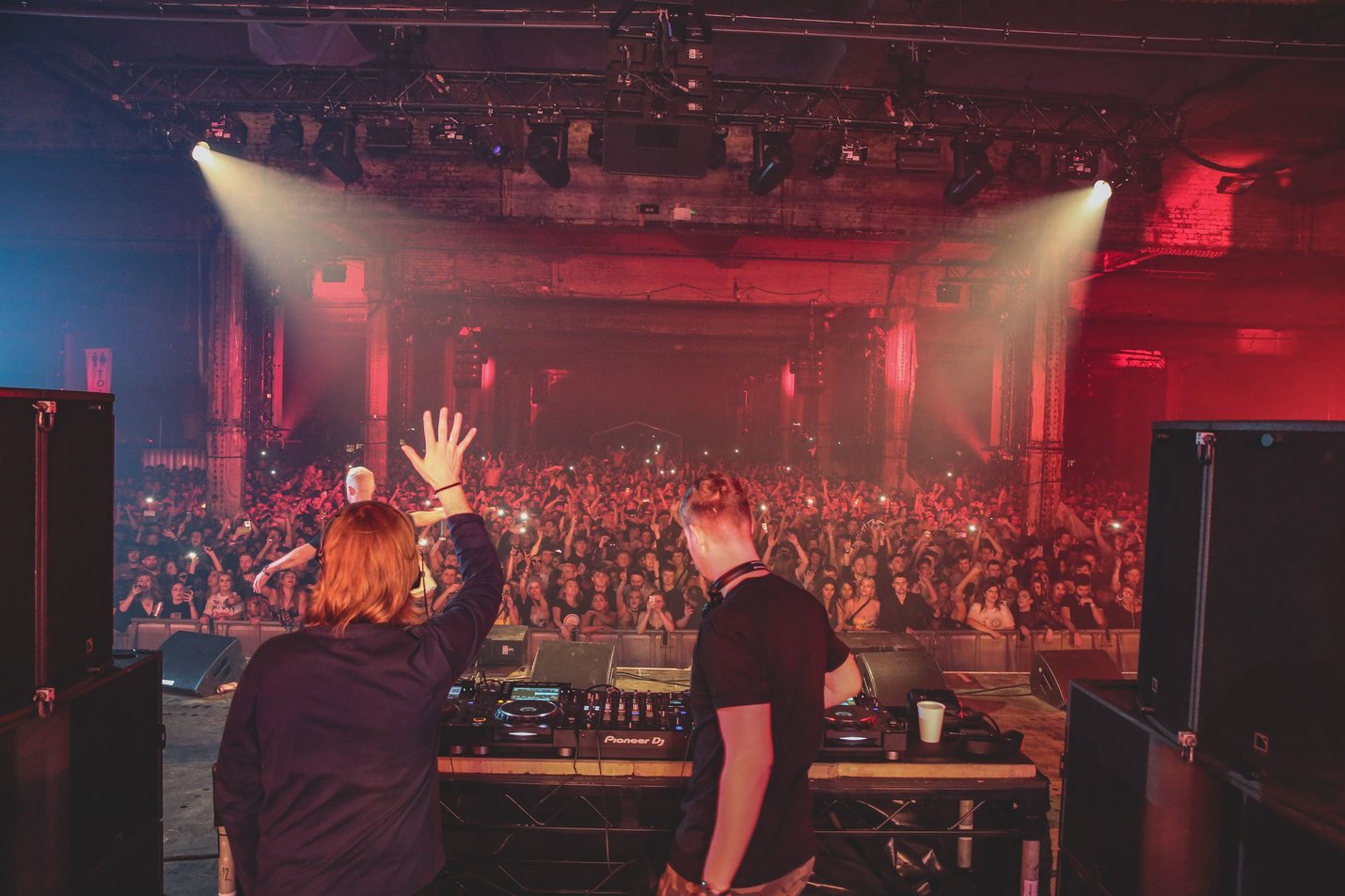 Following Dimension was a heavyweight back to back of Sub Focus and Wilkinson. Both spearheading similar more commercial styles of drum and bass, it drew a giant crowd from across the Depot. Balancing both club and radio, it was a demonstration as to why drum and bass will always be at the top of its game with no sign of slowing down. As we forged our way through the crowds to experience the other rooms, the audience were buzzing. As we watched S.P.Y b2b Randall b2b Breakage in a room named ‘The Concourse’ it was clear that this event would go down in history. All 3 DJ’s demonstrated their clear knowledge and understanding of underground music and knew what the crowd wanted.

As the night merged into the early hours, we found ourselves waiting for one of the biggest names in drum and bass. Head honcho of RAM Records and renowned as one of the best DJ’s of our time; Andy C was about to top this night of. As he took the decks with his Manchester born MC Tonn Piper who proudly wore his United top, we knew this would be a special set. Mixing every style without breaking a sweat, his skill is second to none. The crowd bounced around after each double drop and his set flew by seamlessly. Mixing his last tune of this night there was a strong feeling of euphoria in the crowd. We all knew that we may never experience a night as special as this again.