Bastille reveal new album ‘Give Me The Future’ 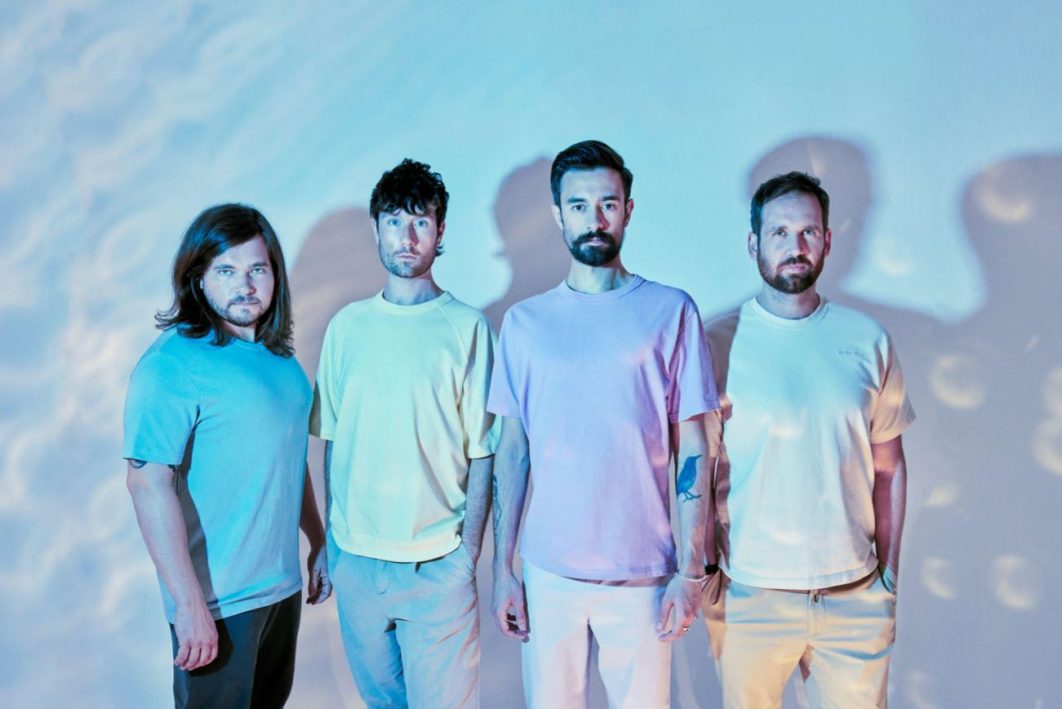 Bastille: Give Me The Future is wildly ambitious and brilliantly bold new album that’s set to be released on February 4th, 2022. To celebrate the announcement, the band has launched their new single “No Bad Days,” accompanied by the official video co-directed by lead singer Dan Smith.

Give Me The Future is a tribute to humanity in a tech age and reflects on the strangeness of living through times that can feel like science fiction. Exploring both the opportunities of new technology and the dark side of lives lived online, it’s as playful and fun as it is thought-provoking, as dystopian as it is dancefloor-friendly, and as electronic as Bastille have ever been.

Eerily, songwriter Dan Smith came up with the idea pre-pandemic. The album was already underway and the band on hiatus from touring when the world shut down, forcing interaction solely through screens.

“Working on these songs in such an apocalyptic period, with everyone stuck at home, glued to screens, fed into the feeling that what is real and what is not has become pretty difficult to discern sometimes,” says Dan. “We’re in the age of deep fake, fake news and lying world leaders. But online, you can be anyone. What that does to our sense of self and to our relationships is huge and it’s fascinating.” 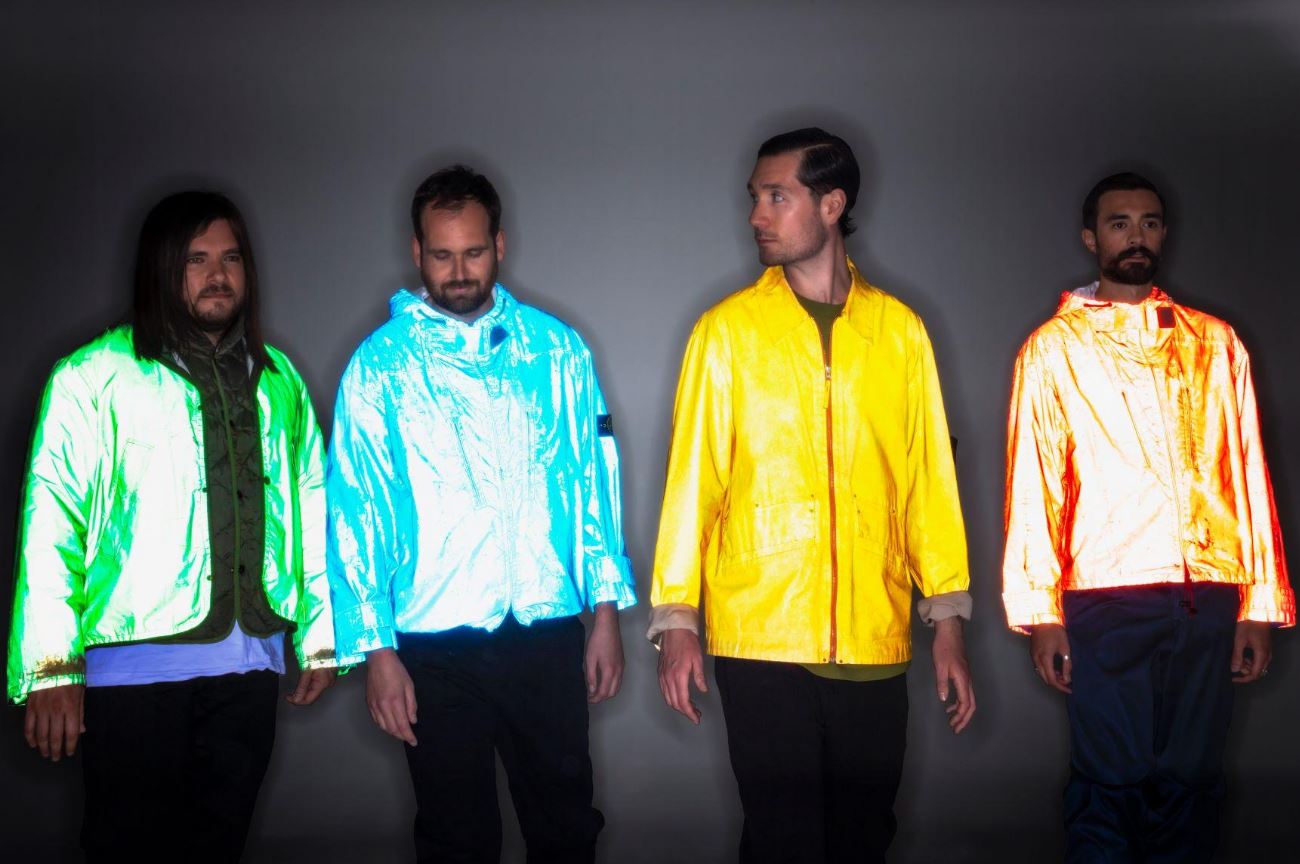 Bastille announce new album ‘Give Me The Future’

Give Me The Future takes us into a sci-fi wonderland free from restrictions – each song a different danceable dreamscape, a place where you can travel back and forward in time to be anyone, do anything and embrace a new wave of technology which enables us to get lost inside our imagination. The album is laced with references to the world of science fiction film and literature, video games and VR.

It’s a record that takes the idea of the limitless possibilities of the future and journeys everywhere from a joyride of escapism on the uplifting,  Thelma & Louise – a tribute to the iconic feminist film on its 20th anniversary, to ‘80s New York with the artist Keith Haring on the bright and whistling Club 57, to a hospital bed in Australia for the devastating but hopeful new single, No Bad Days;  Co-directed for the first time by Smith, the music video for the track is set in a futuristic laboratory and sees Dan playing a character using technology to try and resurrect a lost loved one. Nodding to the classic science fiction of “Metropolis”, “Ex Machina” and “The Matrix”, the video paints an emotional and intimate story.

“It’s really satisfying to have finally directed, and I’m really proud of the little film we made. I grew up with film as my main obsession, so this was a bit of a dream. I learned a sh*tload and it was good to be challenged in a new way.”

You’ll hear disco basslines, orchestras of synths, guitars, futuristic gospel, spaceship sounds, euphoric strings, vocoders, talk boxes, a choir of roadies and host of beats. The title track, Give Me The Future tips its hat to Phil Collins and The Police, Shut Off The Lights is a sonic love letter to Paul Simon’s Graceland and Stay Awake nods to Daft Punk and Quincy Jones.

Having thrown himself into co-writing for other artists in recent years, for the first time ever on a Bastille album, the band inched open the door to collaborators. Although primarily produced by Dan Smith and long term production partner Mark Crew, the band also worked with a handful of writers and producers to expand the world.  Distorted Light Beam was co-written and produced with Ryan Tedder (Adele, Paul McCartney, Taylor Swift) who also helped as a sounding board and executive producer for the album. Thelma + Louise, Stay Awake and Back To The Future were co-written with legendary songwriter Rami Yacoub (Britney Spears’ “…Baby One More Time”, Lady Gaga’s Chromatica Album). They also worked with British writers Jonny Coffer, Plested and Dan Priddy to bring the album to life.

Over the course of their previous three albums, Bastille have cemented a reputation for building whole worlds around their releases, often doing so with innovative award-winning creativity. Give Me The Future is no different, this time accompanied by a fictional, but familiar tech giant called Future Inc, the creators of an invention called Futurescape – a device which allows users to live out their dreams virtually.

Sonically diverse and thematically adventurous, Bastille’s fourth album, Give Me The Future pushes the band into exciting new frontiers. The record serves as less of a judgement on modern life, more a reflection on where we are and perhaps where things could be, “I’m just observing the truly weird times we’re living in and having fun responding to it through these songs,” Dan says. “As the final track “Who Knows What the Future Holds… Don’t Matter If I Got You” says, this is happening, whether we like it or not. Finding happiness in the moment is surely the aim, whether it’s in the real or virtual world.”