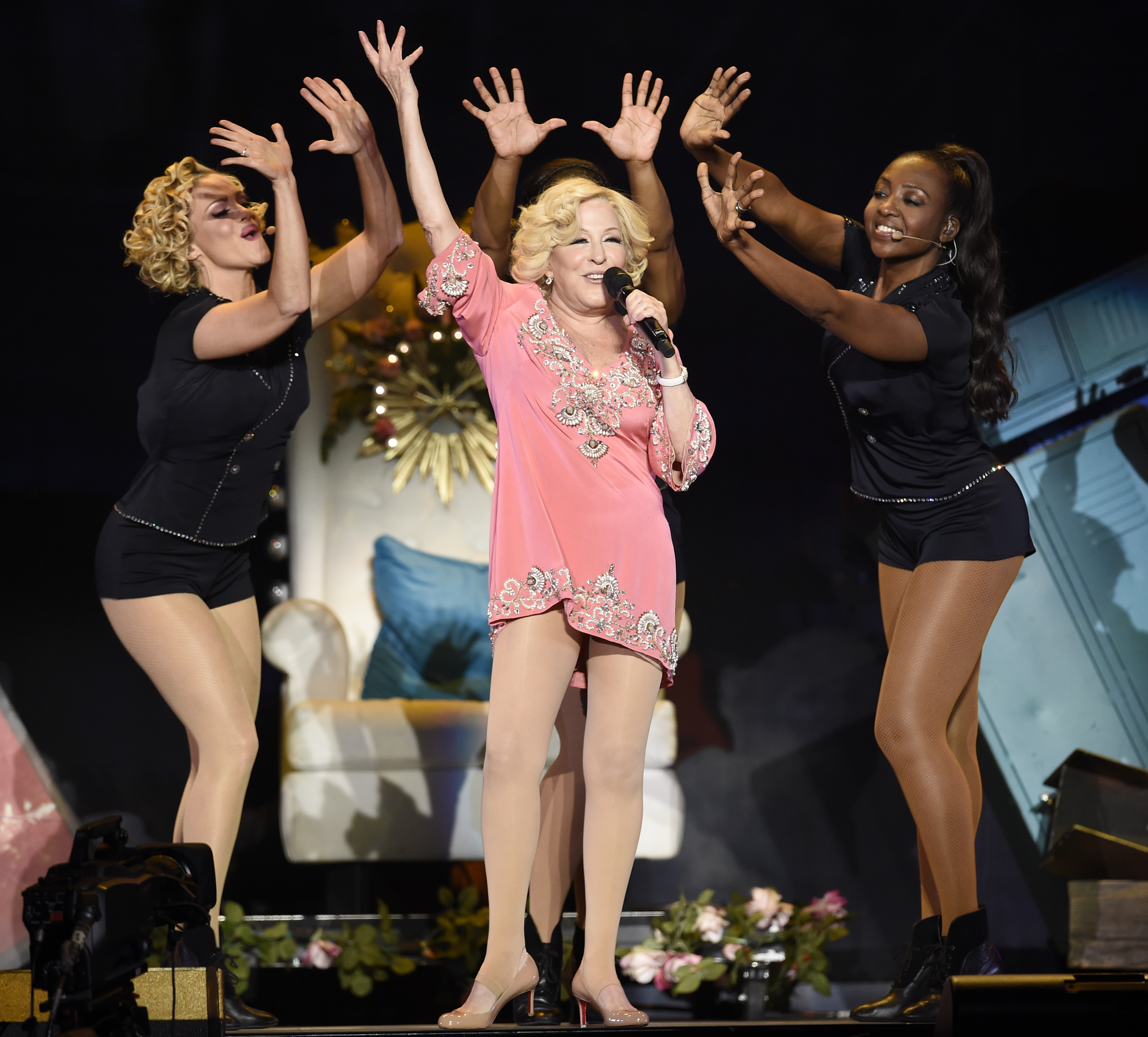 Hollywood legend and multi-talented Superstar Bette Midler finally came to Manchester this weekend to continue the UK leg of her ‘Divine Intervention’ tour.

The arena was unsurprisingly sold out so when Bette burst onto stage after a whirlwind of chaos and lightening with her rendition of ‘Divine Intervention’- dressed in a pink, diamanté encrusted baby doll dress- the crowd were on their feet in joyous delight. 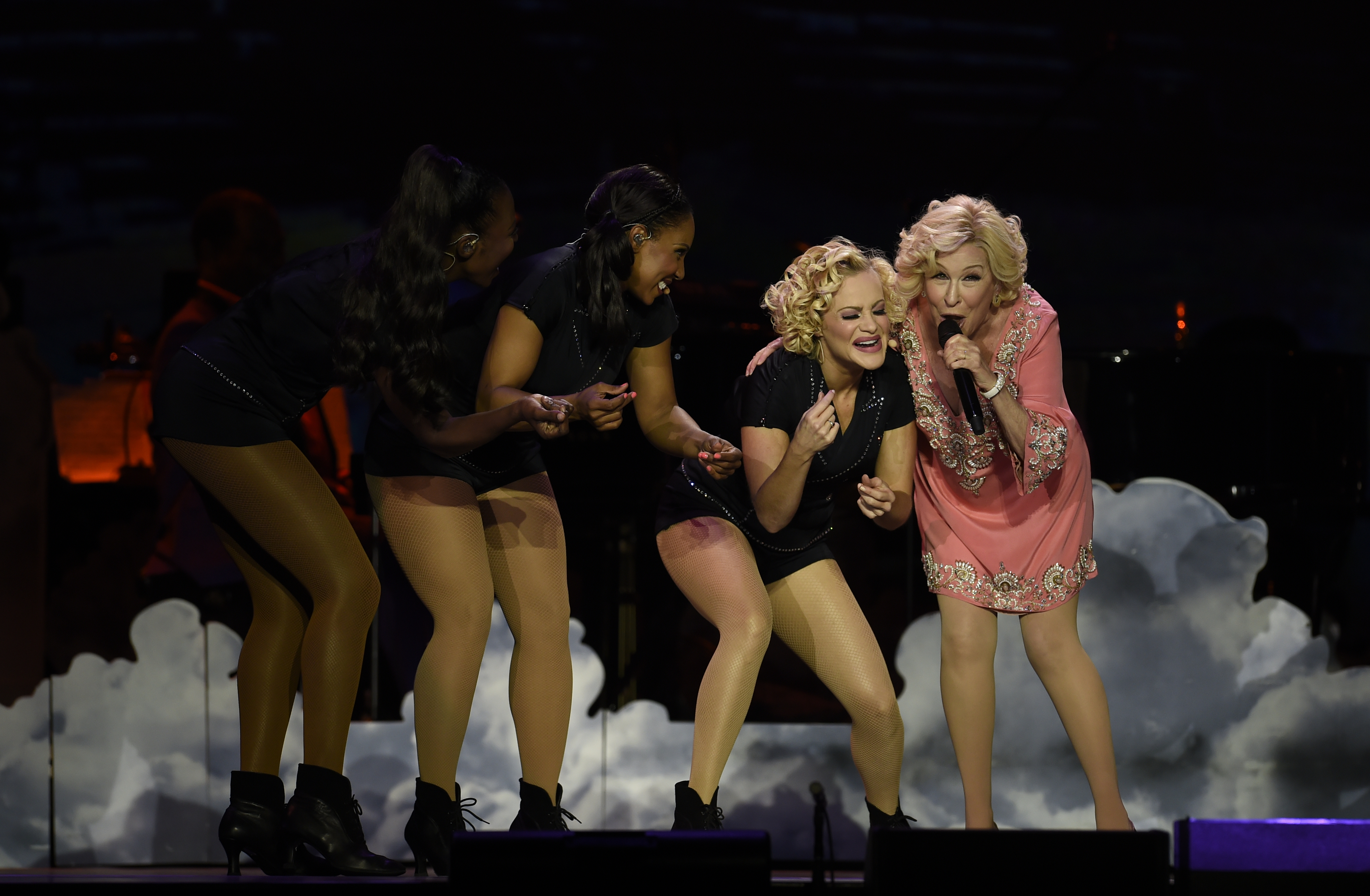 ‘Don’t I look fabulous Manchester?’ which of course she did. ‘I’m here to lift you like a boob job for your soul!’. Looking round the crowd Bette observed ‘Christ you all look so jaded! It’s like Fifty Shades of Grey in this section’, but she loved us all the same.

Bette’s set list dipped in and out of hits from her career and tracks from her last album ‘It’s The Girls’, which celebrates great girl group hits. TLC’s ‘Waterfalls’ was turned into an emotional ballad followed by the uplifting ‘Tell Him’. Bette had the audience in the palm of her manicured hands. Throughout the night the crowd would cry out ‘I LOVE YOU BETTE!’ and Bette would quip ‘Honey, I’m workin’ here’. 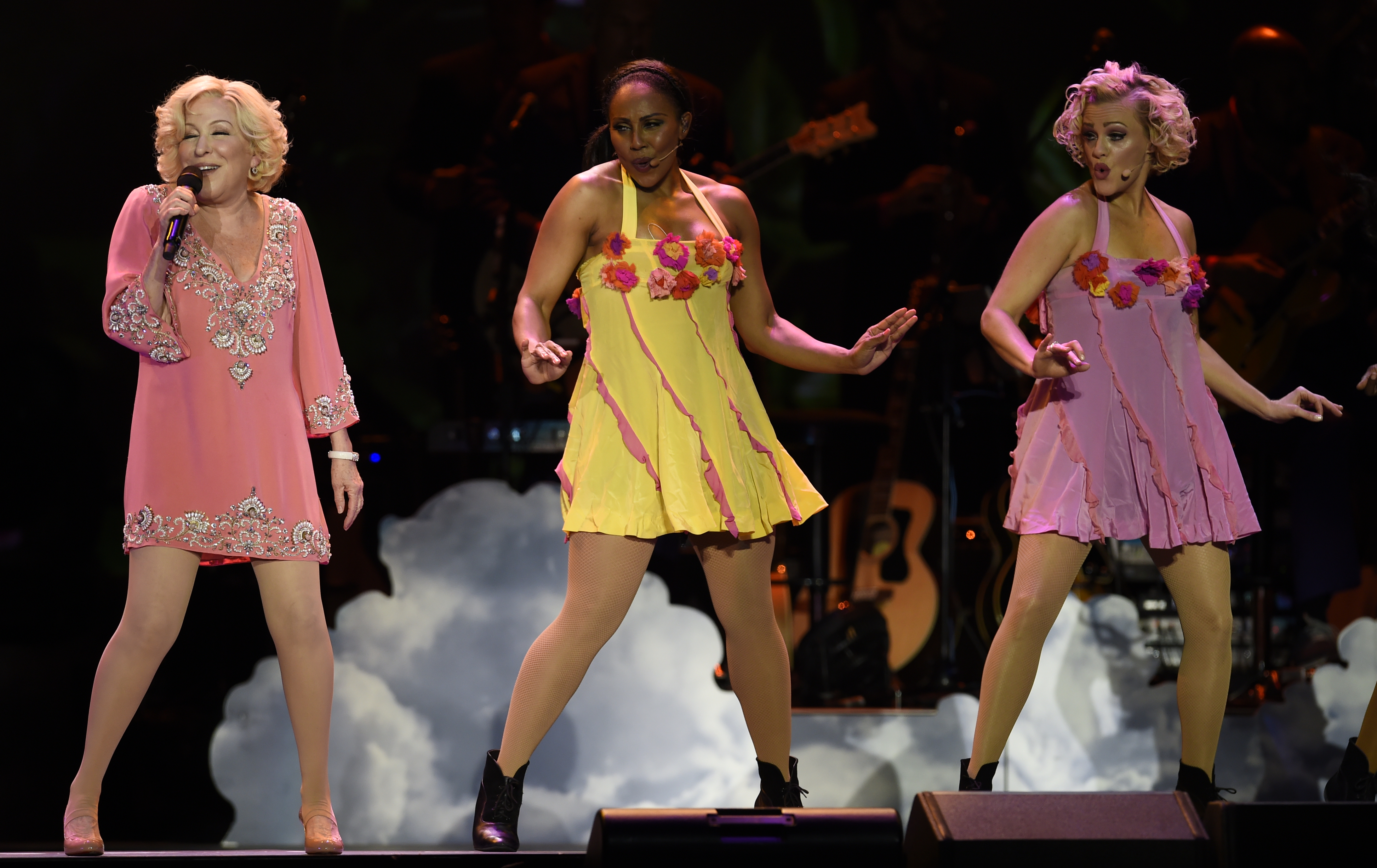 Bette’s comedy was a great way to break up the performances. Her wit and charm was none stop. She had the crowd in hysterics all night. ‘I’m like vodka, I’m odourless, ageless….and tasteless’. Bette loved to joke about herself, her age, and even her material. ‘My husband is German, so I dress up as Poland every night and let him invade me…You STILL laugh at that! That ones hanging on by a thread!’

Bette acknowledged ‘Hocus Pocus’ with a rendition of ‘I Put a Spell On You’ in full costume. Still in witch character she told us ‘I’m going to put a spell on all of Manchester! I’m going to turn Curry Mile gay and all Canal Street Asian! And ban all football in Manchester!’ It was nice touches like that that made the show more personal to us. Not may performers do that. 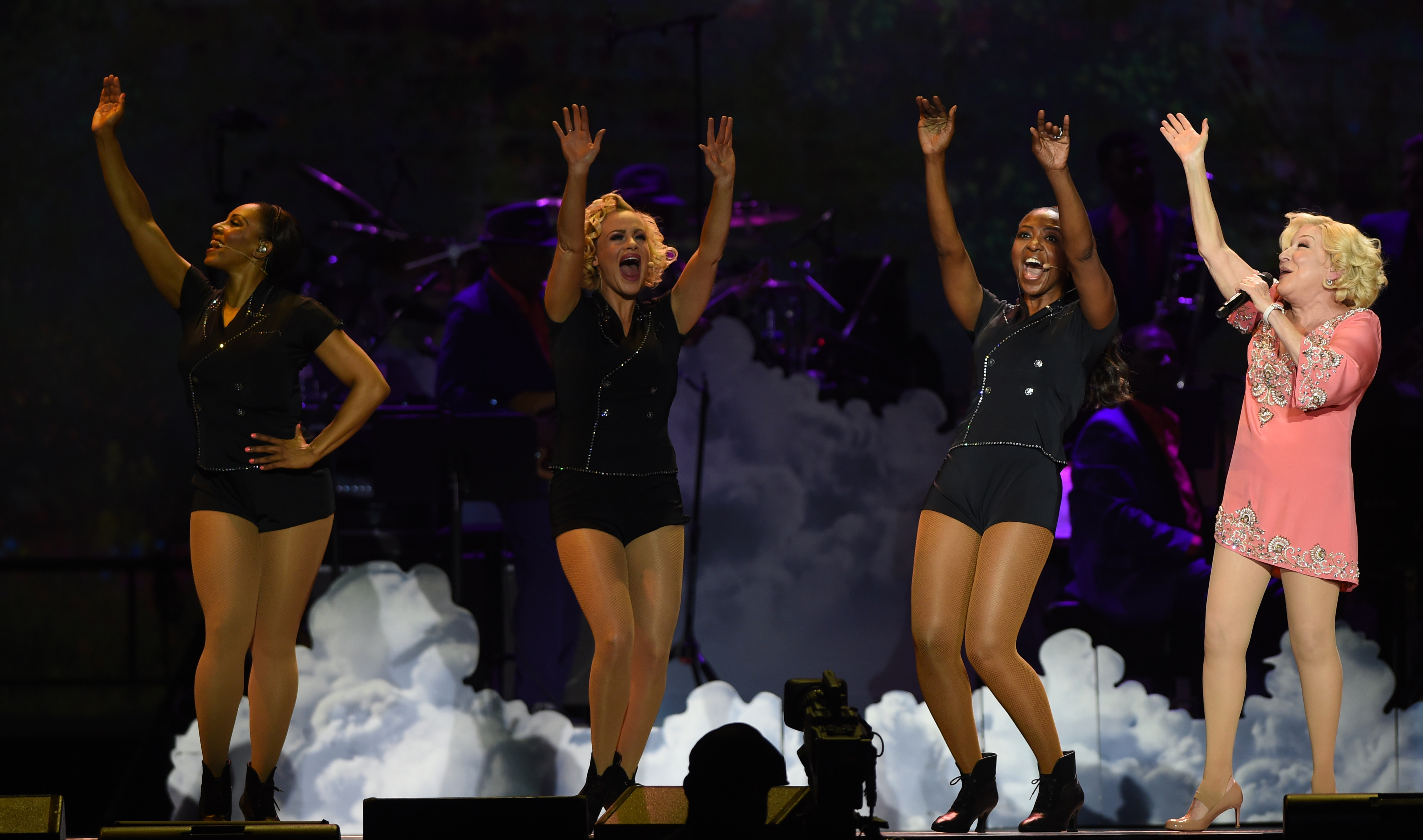 One thing that was impressive was Bette’s voice. The control and strength of her vocals were as strong as ever. Today some young performers still mime *cough- Britney Spears- cough* and 69 year old Bette is putting them to shame.

For the final section Bette’s full length pink sequinned dress set the tone for her biggest hits. ‘I know you all want to sing along with the next song but remember-there’s only one diva around here’ Bette quipped before she broke into ‘The Rose’. It wasn’t until Bette belted out her spellbinding rendition of ‘Stay With Me’ that she really brought the house down and received a standing ovation lasting minutes. 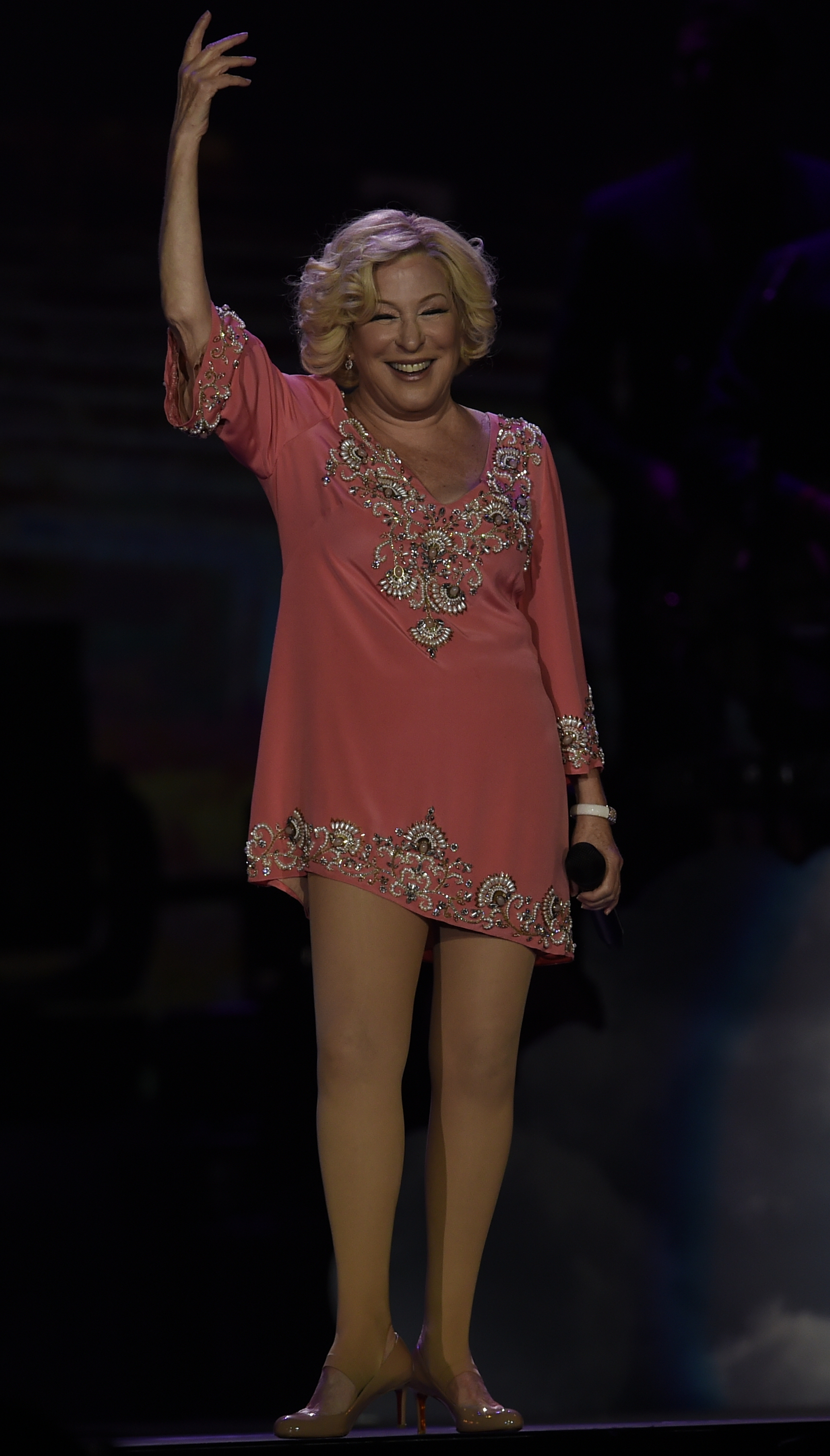 She saved the best till last with ‘Wind Beneath My Wings’. I doubt there was a dry eye in the arena as Bette sang those lyrics. Even I had to wipe a tear away!

For the encore Bette burst back on stage ‘with the song that started it all’, ‘Boogie Woogie Bugle Boy’ followed by a unanimous standing ovation that showed the Divine Miss M’s magnetic personality and talent is as timeless as ever.