Like most metropolises, Manchester’s rise has resulted from immigration. Various incomers, from the early Irish millers to the modern-day Eastern European workers, have brought new products and ideas, shaping the city’s identity.

Walk around the streets today however, and you’ll find influences from countries whose populations barely figure in its demography – the Nordics. Mancunians, it seems, have developed a thing for seasonal eating, muted garb and raised cycle lanes, becoming extollers of Scandinavian ideals and niche North Atlantic trends. But if not for mass movement, who are those championing this way of life?

One of them is Philip Hannaway, co-owner of Icelandic inspired coffee house Takk and nano brewery Öl. Prior to setting up his enterprise, he and business partner David McCall spent six years travelling around Scandinavia. “We’d gone to Denmark, Sweden, and kind of ended up in Reykjavik, Iceland,” he explains. “We just fell in love with the spaces and people there.” 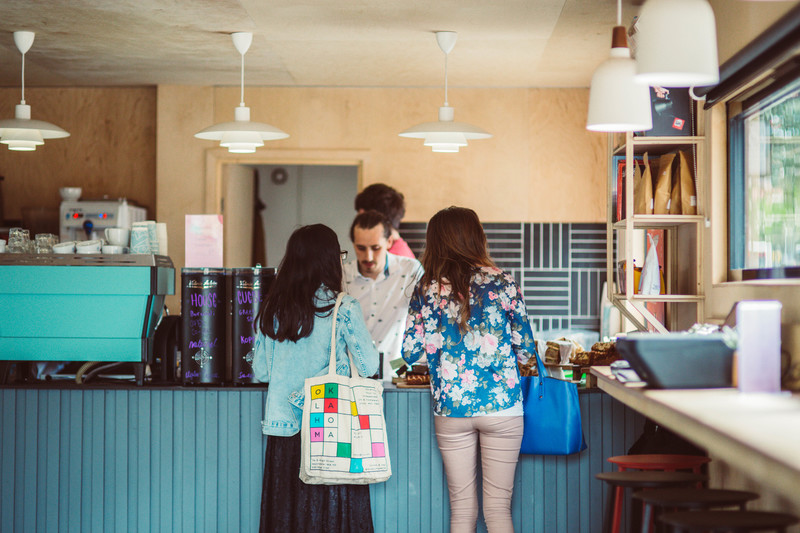 Besides the breath-taking landscape and warm welcome, they found the coffee was different from what was being served in the North West. “This was a time before a lot of the UK’s artisan coffee scene existed, and there was nothing, certainly in Manchester, that was like the coffee we had over there,” he says. “It was a massive education for us – what is this drink that tastes nothing like the coffee we have at home?”

After liaising with Reykjavik’s coffee community, they set out to create an Icelandic inspired café in 2013. Attuning to the country’s design principles, they furnished their Northern quarter premises with plenty of pine and intimate lighting. Their menu took a more pragmatic turn, pairing Scandinavian staples with dishes favoured by regulars. But notably, they prepared their coffee using Nordic methods – a style that’s caught on in Manchester.

“It’s a bit lighter and not over roasted, so you get more of the flavour,” he says. “Now, most artisan coffee houses roast their beans in this kind of way.”

Philip and David’s sister venture, nano brewery Öl, sits in Hatch, the container market for creative producers on Oxford Road. One of their neighbours is Nordic Muse, a contemporary lifestyle and design store created by Jenny Maxwell. She similarly found inspiration after travelling in Scandinavia. 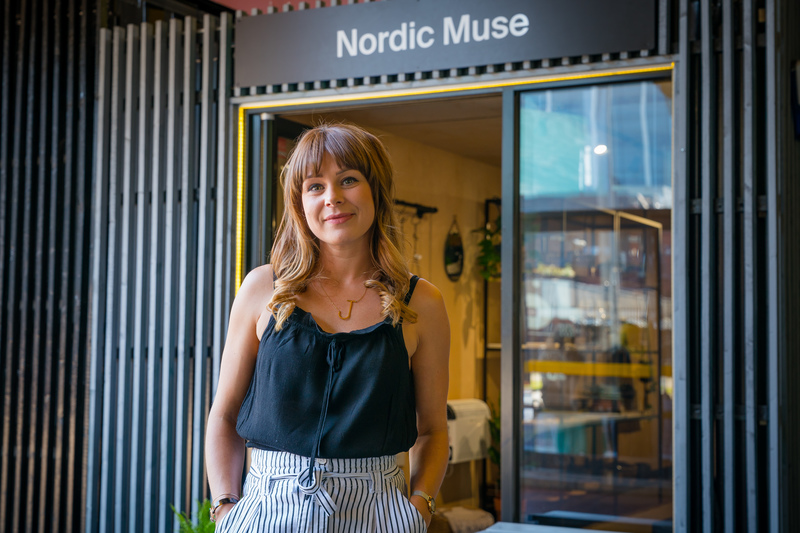 “In 2011, I had a taste for visiting cold countries in the winter – often in search of the northern lights; often never finding them,” she says. “Helsinki was probably my favourite city – I really loved how industrial it was, and it had some of the most beautiful products in Scandinavia.”

On these sojourns, Jenny became receptive to Nordic attitudes regarding health and well-being. She later left her role as head of E-commerce at a homeware design house to run Nordic Muse full-time, citing this approach to life as one of the reasons.

“The way I was living was very fast-paced – it wasn’t something you could maintain,” she explains. “So Nordic Muse wasn’t just about the products I put on the shelves, and my appreciation for form and simplicity, it was about a different way of life.”

She continues, “There are lessons we can learn from Scandinavian countries. They tend to take shorter breaks but holiday more and work fewer days in the week. The road outside my shop is so busy, and yet people step inside and it’s a little sanctuary of calm. I’m quite aware of wanting to introduce some of those things into my life. I feel like the wider consumer base is as well.” 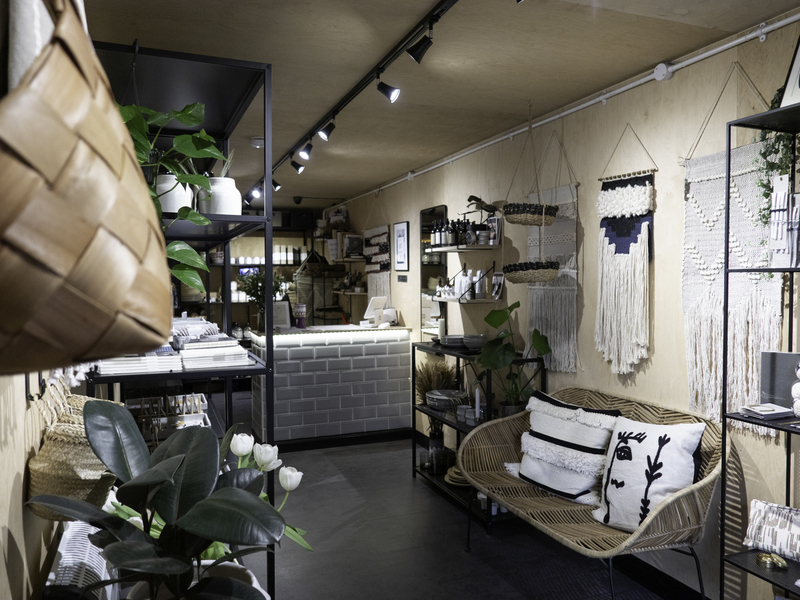 Along with her self-designed jewellery, Jenny stocks a range of Scandinavian brands that aren’t widely sold in Britain. Meraki, a well-being label that offers everything from hand soaps to travel essentials, is one of her best performers. She says Manchester’s consumers have gained an appetite for these products due to the manufacturer’s robust ethical standards.

“For a lot of U.K. brands, it’s become a trend to say you’re ‘sustainable’, but I’m not sure they have the supply chain to back it up. Meraki is homed in on environmental certifications, and it’s quite difficult to achieve those – especially in Denmark where the bar’s much higher.”

Back in the Northern Quarter, I meet up with Dan Morris, co-owner and founder of Wilderness Bar + Kitchen, which is now called Wolf at the Door. The restaurant opened in late August, and prior to this, he travelled with his team to Copenhagen, attracted by its reputation for culinary excellence.

“Several years ago Noma gained the title ‘best restaurant in the world’, and they cemented that by winning it three times in a row,” he explains. “Their philosophy spread, and now a lot of people who’ve worked at Noma have their own restaurants in the city, influenced by the same sort of ideas.” 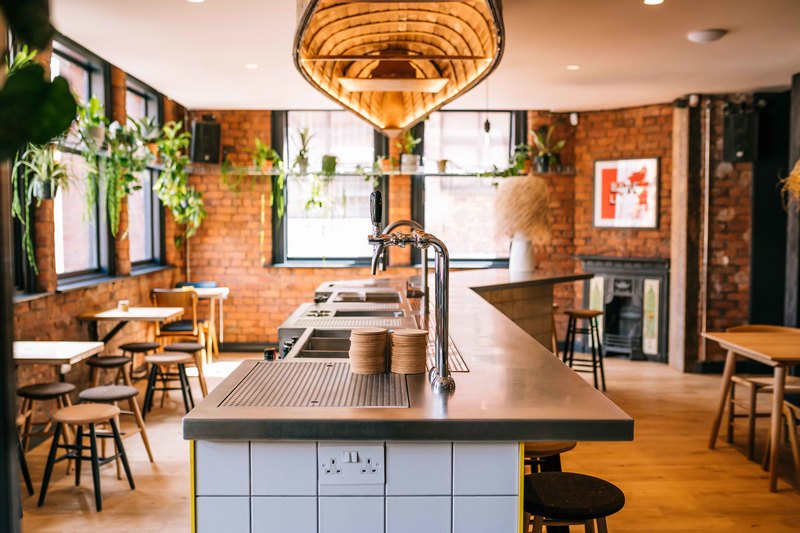 Central to New Nordic Food, the title given to the style of cooking Noma premiered, is an expression of seasonality, simplicity and environmental values. Dan’s team took heed of these ideas when curating their menu.

“From a chef’s point of view, it’s ideal because you’re making the most flavour you can from the simplest ingredients possible,” he says. “So that’s part of what we wanted to do here – we felt it would be good to go out and see it first-hand.”

Dan continues: “With our cocktails, their core structure remains the same throughout the year, but other ingredients change with the seasons. So if you come back and order a drink you’ve had before, we’ll say: ‘Here it is again, but this is what the planet is offering you right now.’” 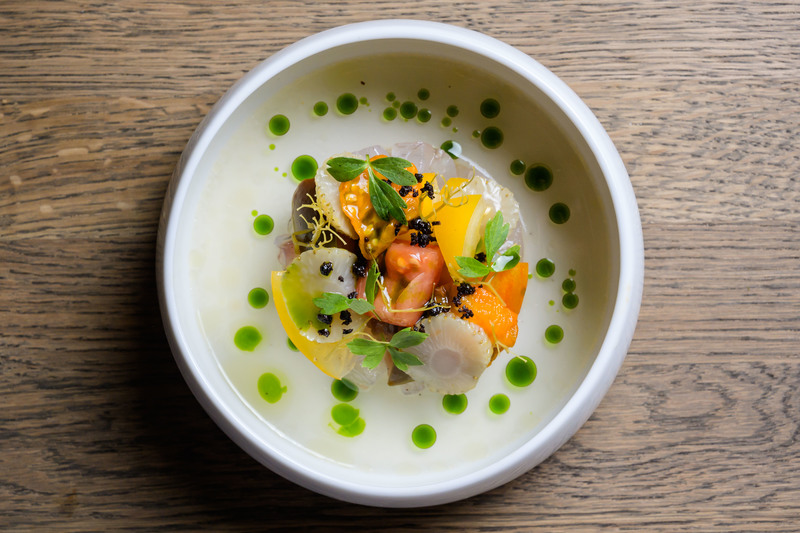 The restaurant’s interior, much like its dishes, takes influence from further afield, including a clear nod to North America. Some of its fixtures reference the casual ethos of fine dining in Denmark, such as the centrally placed bar on its first floor. But Dan wants the space and its food to remain accessible.

“At the end of the day, we want it to be a neighbourhood restaurant that people can come back to regularly,” he says. “We don’t want anything that’s really, really difficult. We want to have things on the menu that make you say, ‘I really want that!’” 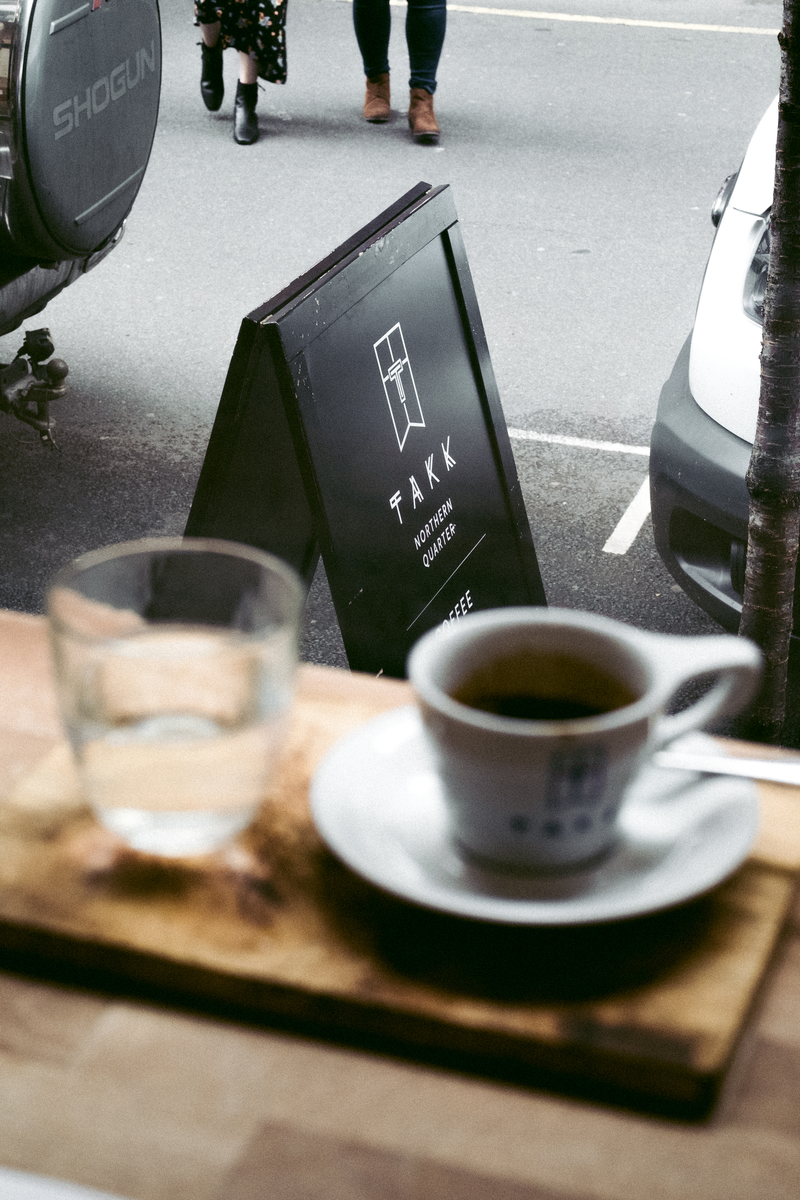 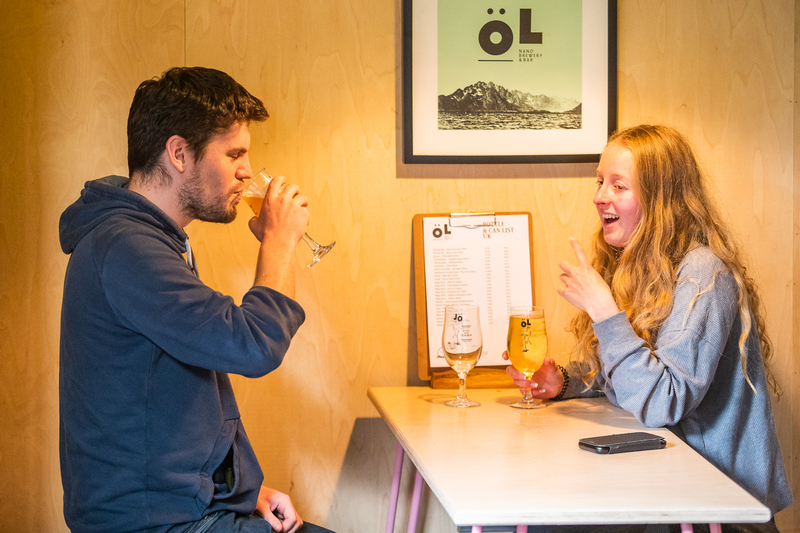 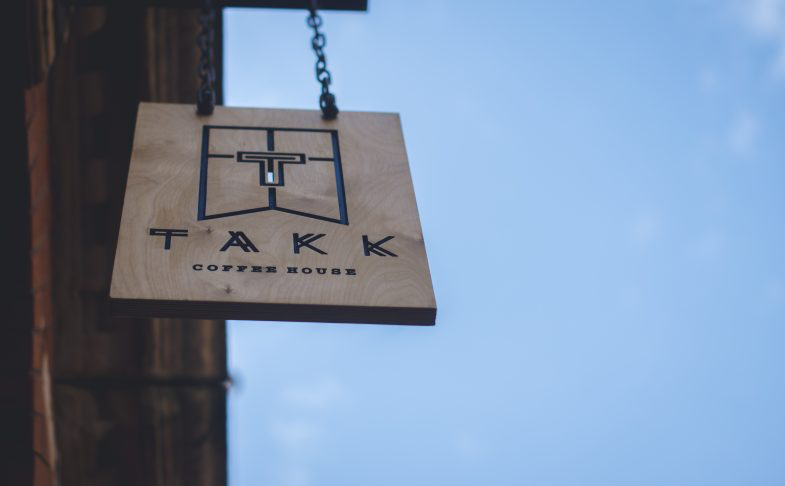 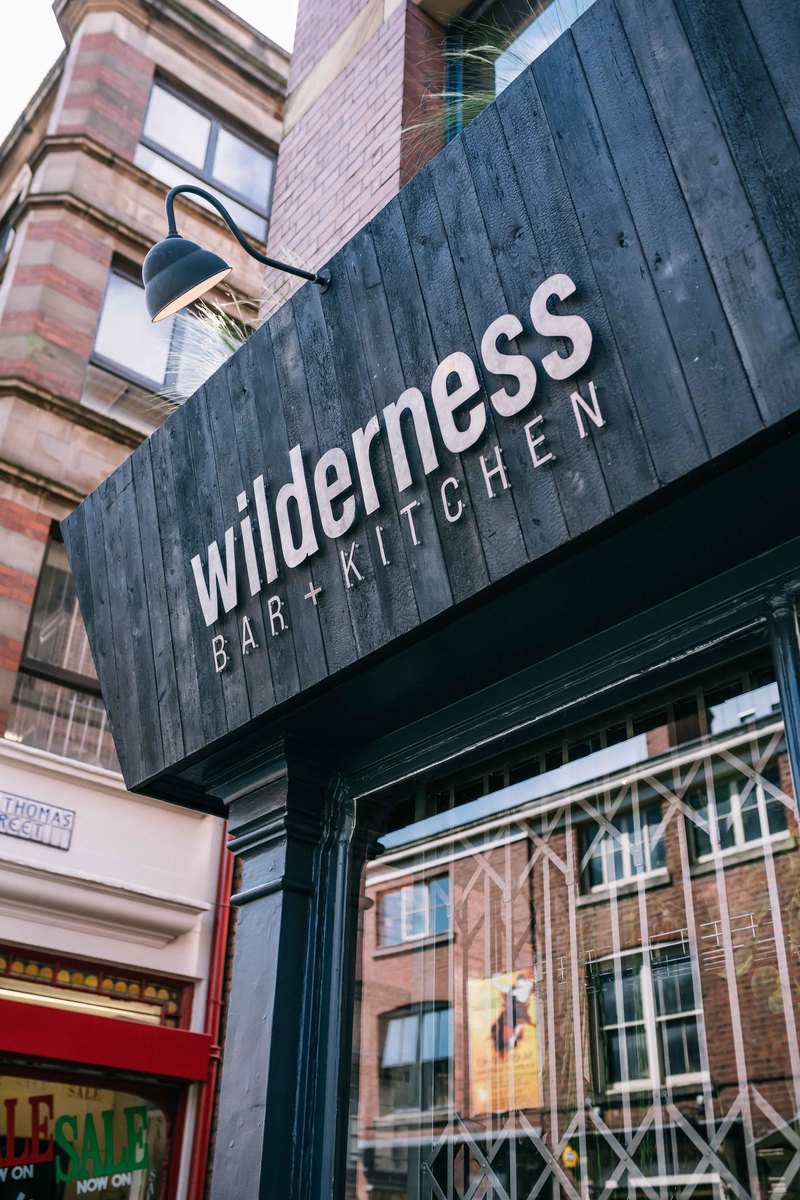 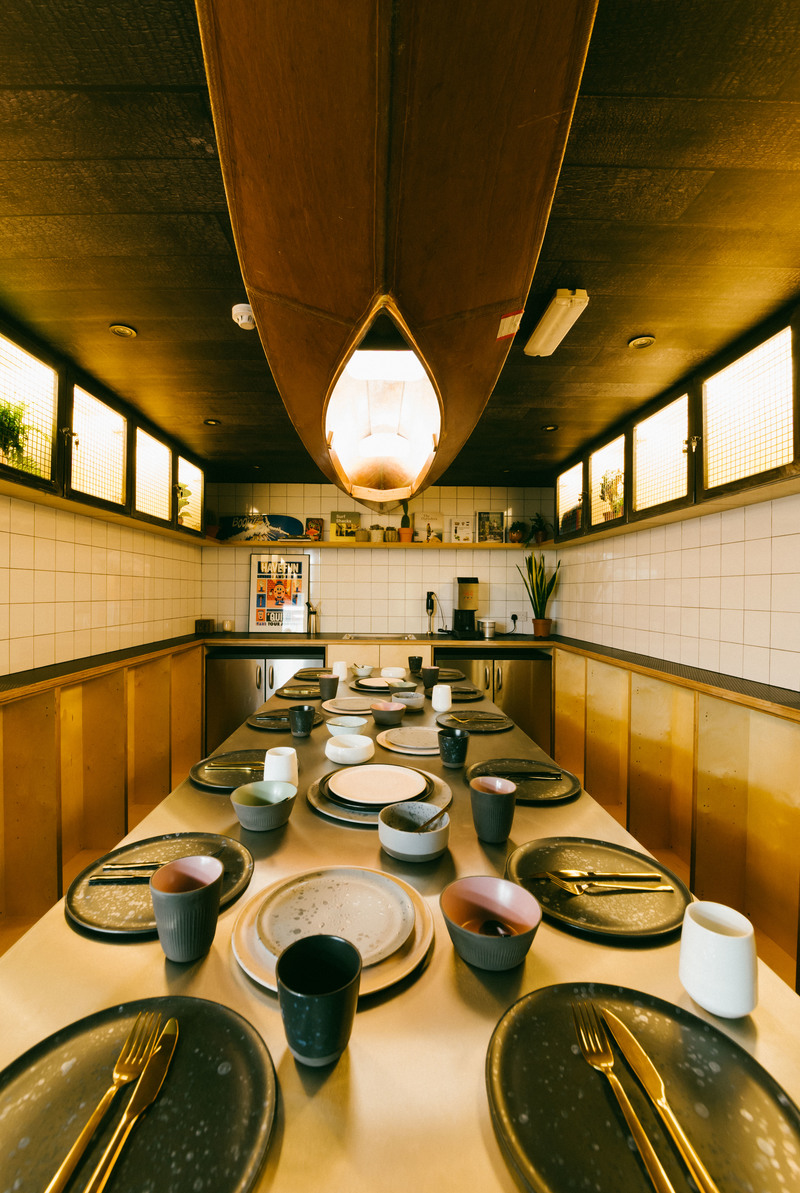 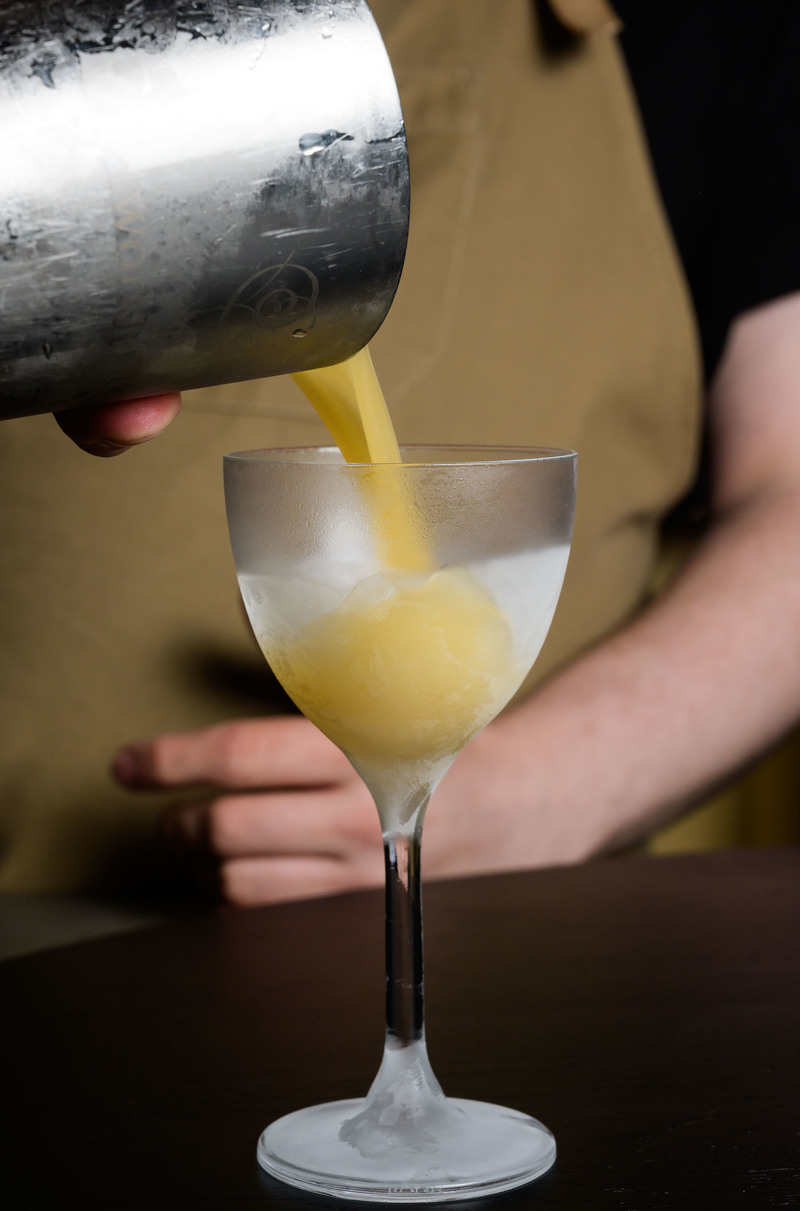 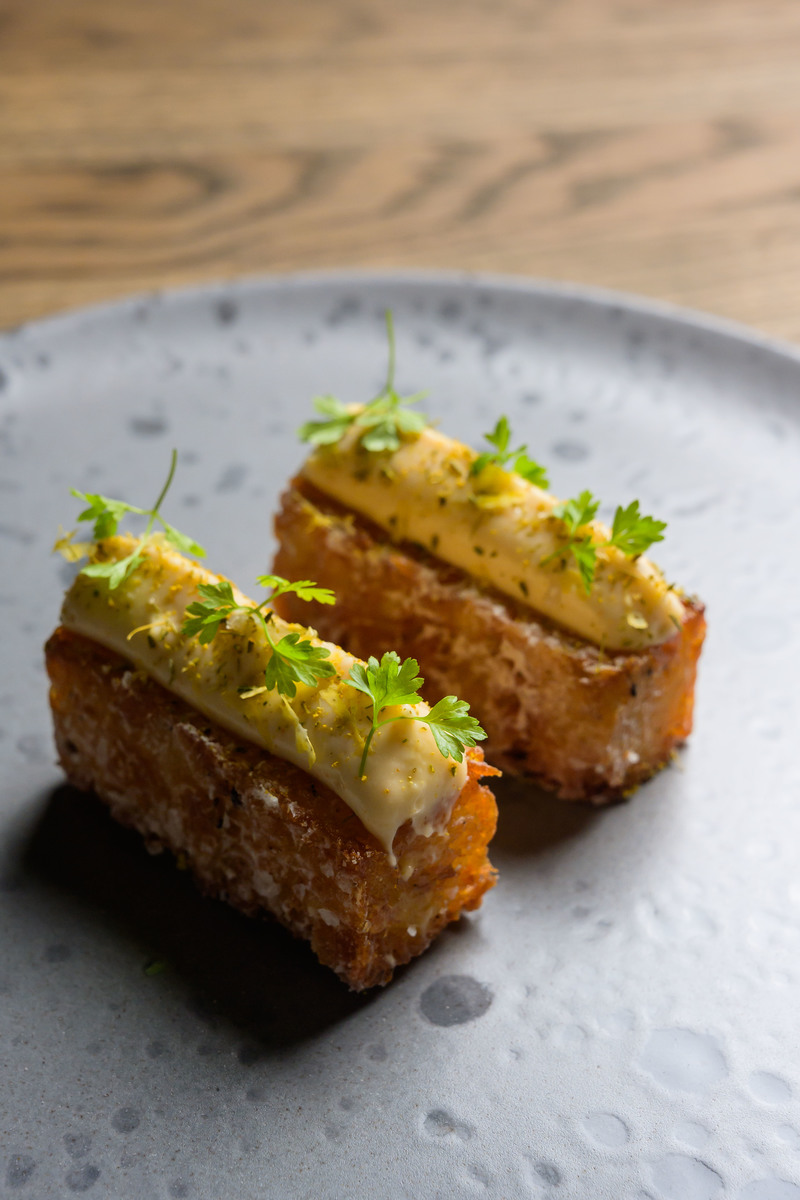 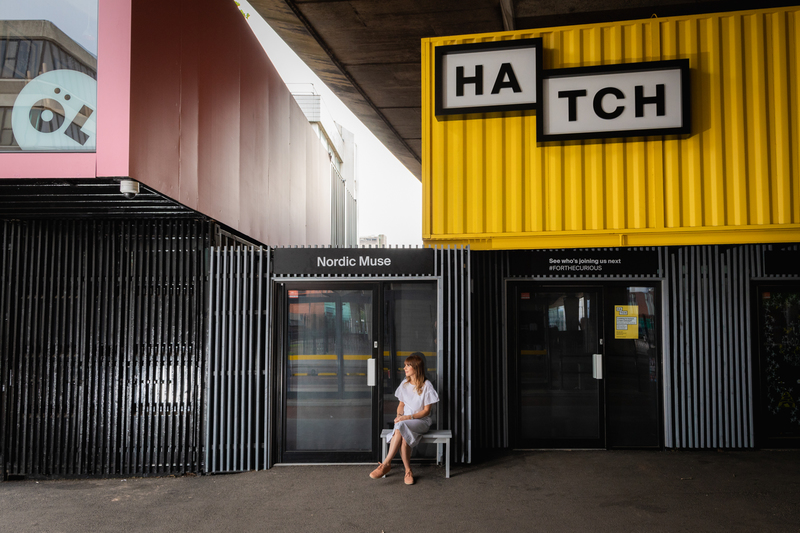 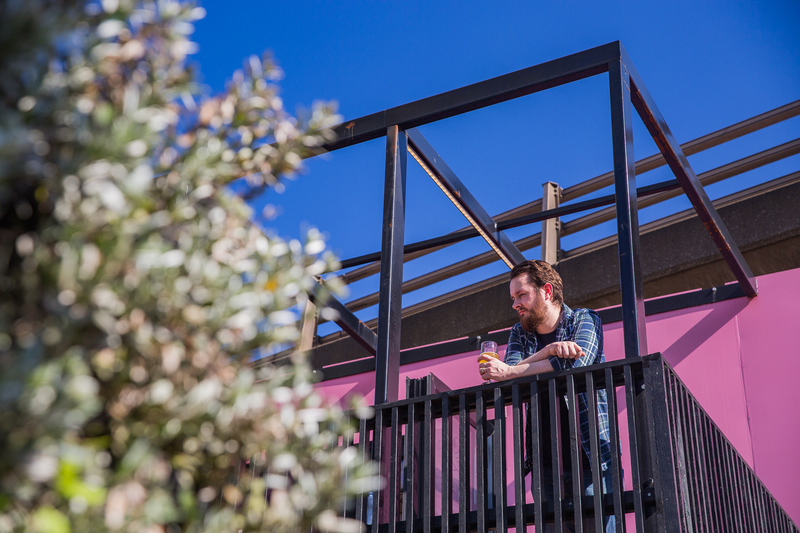 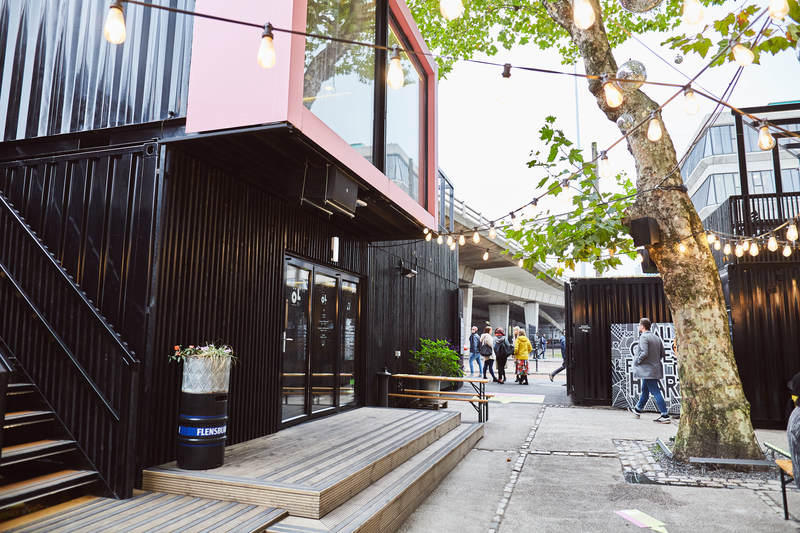 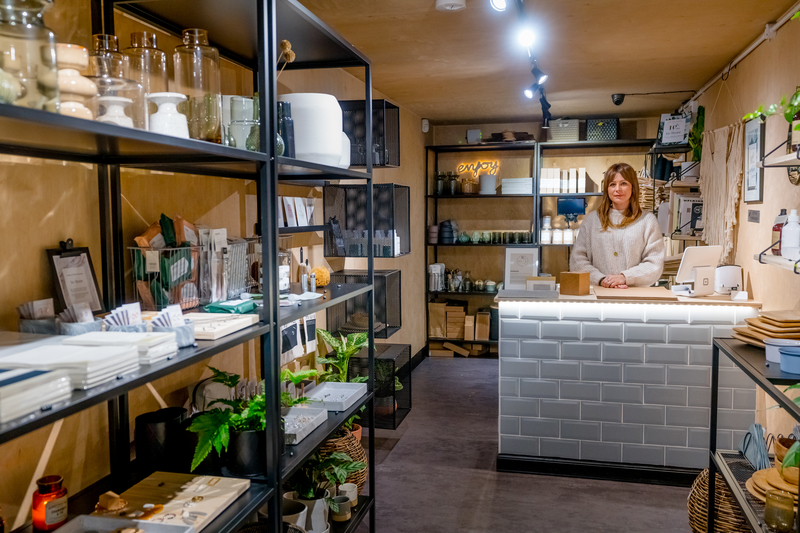 Words and images by Douglas Whitbread.