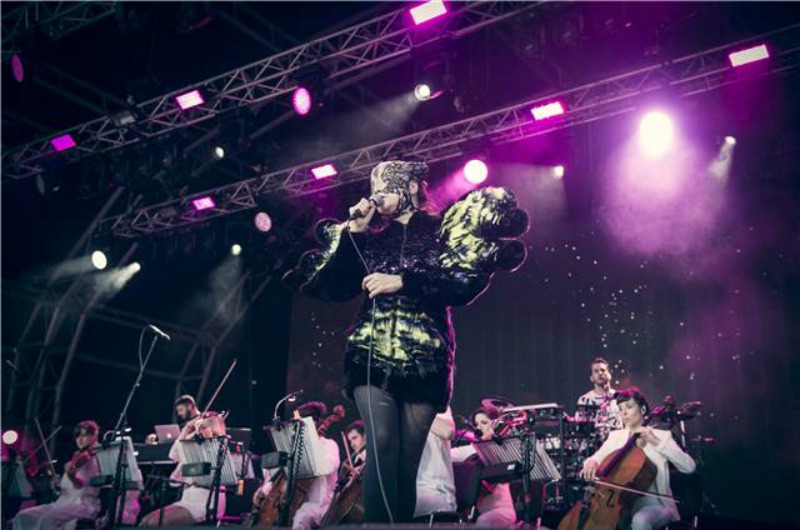 The fifth Manchester International Festival (MIF) is currently taking place throughout the city. The biennial festival is this year offering eighteen extraordinary days of world premieres and special events.

Vulnicura, released earlier this year, is the musician’s ninth studio album. It’s reminiscent of Homogenic, yet unique in its themes of nature and the universe.

Friends at DoubleTree by Hilton kindly treated the Viva team to pre-gig food and cocktails. The bar’s already impressive array of offerings has been further enhanced by a unique cocktail menu designed especially for MIF15.

The team got into the party spirit in the stylish bar only to bump into the woman herself in the hotel lobby. The Icelandic beauty looked amazing, finishing off her black outfit with bright pink platforms.

As the Viva team arrived at the increasingly popular venue there was a definite buzz in the air.

Venezuelan artist Arca, who co-produced Vulnicura, teamed up with visual artist Jesse Kanda to provide a truly whacked out support set. The duo definitely made an impact on the crowd, baffling some while astounding others. 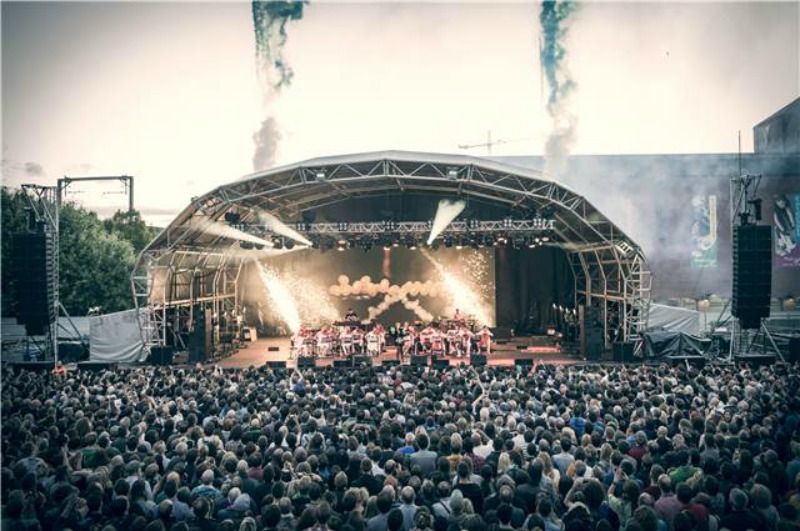 The crowd were evidently eager to see what the creative visionary was going to do. In the packed outdoor arena, a roaring cheer erupted as she made her way to the stage.

True to her ever unique style, the star looked like she’d been dipped in hallucinogens. Some said she looked like a psychedelic butterfly, her black velvet outfit complete with wings and a fitted translucent mask.

Björk eased into a hit filled set, performing songs from momentous albums such as Post, Homogenic and Vulnicura.

There was a major emphasis on visuals. A giant screen displayed footage of Bjork dancing in the wilderness, followed by both nature and video game inspired images.

Before the sun set on the bowl, giant gunpowder flares blasted into oblivion turning the sky bright pink. The crowd fell in love with the singer, the whole scene was mesmerising.

Black Lake, taken from Vulnicura, is a truly beautiful song. Björk’s voice is pure perfection live. It’s impossible not to feel a sense of respect for an artist so creative and unique.

As the show came to an end, fireworks blasted like shooting stars into the night sky. Björk put on an utterly enchanting show and left Castlefield Bowl in awe of her quirky wonder.