Boyz II Men are coming to Manchester this April!

The Iconic US R&B band have announced an extra date on their exclusive UK tour, bringing them to Manchester this spring. 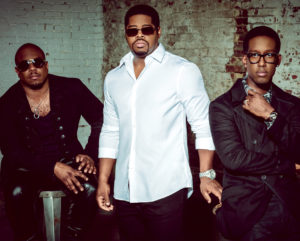 One of the biggest selling bands of a generation, Boys II Men are BACK!

The multi-Grammy, Billboard and MOBO award-winning trio will return to the UK this spring for one of the most anticipated concert tours of the year.

Back for three live dates, the group are set to perform at the O2 Apollo Manchester on Saturday April 6 – with a finale night at the Eventim Apollo in Hammersmith, London to follow on Sunday April 7.

Exploding onto the scene in the mid-90s, Nathan Morris, Shawn Stockman, Wanya Morris and Michael McCary changed the face of music with their soulful new jack swing and distinctive R&B sound.

With huge worldwide hits including End of the Road, On Bended Knee and I’ll Make Love To You, Boyz II Men are widely known as the most commercially successful R&B group of the world.

Their platinum-selling 1991 debut album Cooleyhighharmony earned them international recognition and sold more than 10 million records – followed up by II which became the third best-selling album of 1995 with more than 12 million copies sold in just the US alone.

Over the next 18 years, the band went on to produce nine more successful albums – selling a total of more than 64 million copies worldwide – as well as collaborating with some of the industry’s biggest stars including Mariah Carey, Michael Buble, Patti LaBelle, Charlie Wilson and Charlie Puth.

Now with legendary status and millions of loyal fans, they can claim a place alongside Elvis Presley, The Beatles and Mariah Carey as only the fourth act ever in history to have spent 50 cumulative weeks at number one in the US Billboard charts.

Tickets for the O2 Manchester Apollo date on Saturday April 6, are on sale now