British Airways’ centenary offers include seriously cheap flights and holidays to Europe, Middle East, USA and Asia – from as little as £100 pp!

In its centenary year, the airline has announced a series of spectacular deals.

The centenary fares are available for booking until July 16. The packages from British Airways Holidays include flights and two-night hotel stays from £100 per person to a number of European cities including Nice, Venice, Barcelona, Naples and Malaga. Flights are from London, however, connecting flights from Manchester and other regional airports can also be had for less than £100 return.

Three-night breaks to New York and Dubai are also available from just £379 per person and seven-night holidays to Barbados are a steal from £529 per person.

British Airways has also released a wide range of all-cabin, flight-only deals including return fares in World Traveller (long-haul economy) to New York from £282 and San Diego from £369. Those wanting to head East can fly to Beijing from £389 and Singapore from £399, and winter sun can be found on a budget with Antigua starting from £410 return. 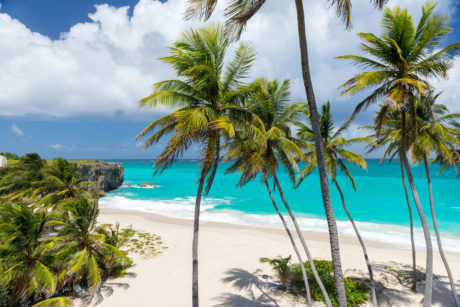 On top of this, there are tempting offers across British Airways’ premium cabins. Customers can fly Club World (long-haul business class) to New York from just £1,359 return – the fare includes lounge access, a generous baggage allowance and a fully-flat bed.

Andrew Brem, British Airways’ Chief Commercial Officer, said: “In our centenary year, we want to say thank you to our customers. We’re offering a range of fares to suit all budgets – customers can choose to hop to Europe, head East or catch some winter sun – these are just some of the many destinations on offer.”

Visit its cheapest fares page, which shows prices by destinations where you can find fares to Europe for less than fifty quid one way and from just £250 return to the US. And if you book and flight and hotel together then you might be able to get an even better deal!