CHESHIRE: Ending the silence with John & Charlie – ‘It’s okay not to be okay’

John Junior, ” The Duckman”, and his fluffy friend Charlie, are on their journey to raise awareness for mental health to end the silence surrounding mental health problems, and to get people talking about how they feel, without feeling worried, judged or stigmatised.

John has borderline personality disorder and which he describes as a rollercoaster inside his head. “It never stops and people don’t always understand it, it’s a constant battle.” Says John.

He suffers from depression, anxiety, OCD, among other mental health. He has in the past battled with both abuse and trauma.

Charlie the Duck provides John comfort, he also sparks curiosity for people to talk to him. 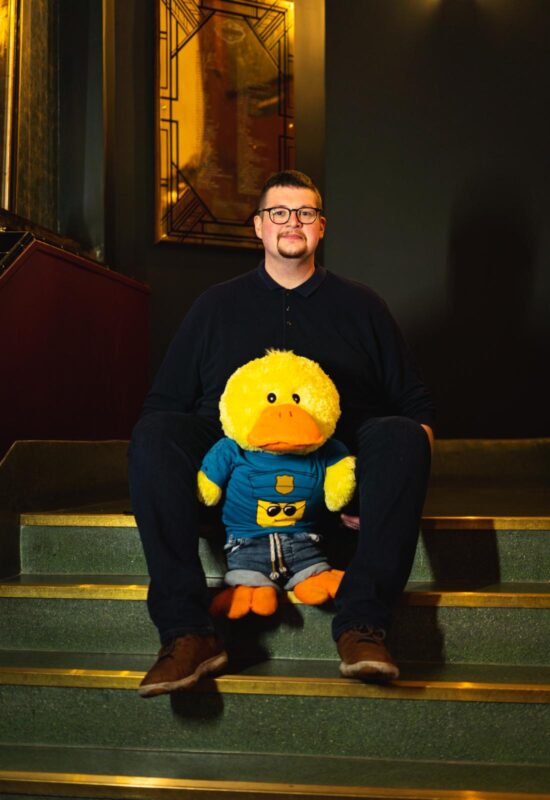 “This was a big step for me, opening up publicly and stepping out of my comfort zone to go to social media. I felt very vulnerable, scared and anxious of being judged, I kept my feelings locked up, and fake smiling acting like my life was fine, suffered for years in silence. It does not do your mental health any good!!” says John.

John’s dad passed away in March 2018. 3 days after his father passed, John tried to take his own life. John believes this is because he felt so lost, trapped, suffocated with nobody to turn too or understand him. John was already on the edge due to depression, anxiety, borderline personality disorder.

Since childhood, John has felt there has always was a lack of support for people with mental health.

John recounts “you are placed on a long waiting list for months before seeing anyone and you are palmed off with tablets. It’s so wrong you have to suffer alone, deal with your problems yourself. Its hell inside your head, you have to deal with your mental health problems yourself, then you’re worried to talk about how you feel because your scared of being judged, so it’s all building up pressure inside you, the pressure turns into stress, you can’t take it anymore, you have nowhere else to go, this could trigger suicidal thoughts, self-harming, or even suicide.” 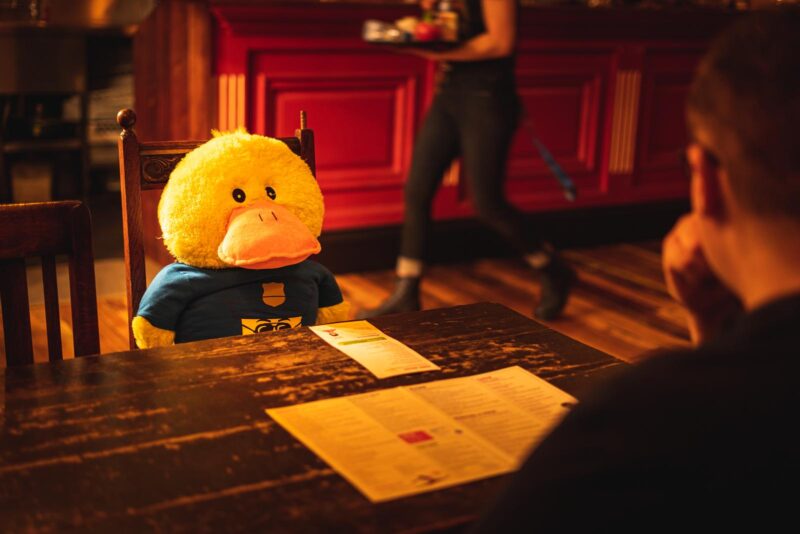 John is a very passionate campaigner to end the silence on the taboo subject of mental health. Although John is battling with mental health every day, he says his dad gives him the motivation to carry on and never give up.

“We meet people for photos, with myself and Charlie. People like having selfie’s with Charlie, we do funny videos to lighten the mood, as its great lifting someone’s day when they are feeling low. We tag and share on social media, mostly Instagram, you can find us at @johnandcharlie_.”

John says, he does not want others to feel and go through what he went through, pretending he was okay for years, fake smiling, wearing a mask pretending his life was fine, having no one to talk to, due to lack of support, I feel there needs to be more accessible support for everyone effected.

Recently, John & Charlie, were invited by Keith Duffy, (Boyzone) to his Boyzlife tour with Brian Mcfadden, (Westlife) who is also a big supporter of their journey. Midway through the concert the stars asked John & Charlie to come up on stage and to share John’s journey with their fans.

John said Liz, the Manager of Tanya Bardo has helped him a lot with advice and support, due to diagnoses of borderline personality disorder. “I struggle to put things into words in the right way, and Liz is really understanding.”

John & Charlie are also in the process of starting a registered charity alongside a Just Giving page, to raise funds to enable them to set up a mental health and wellbeing centre.

The ultimate goal is for John & Charlie to open Centres throughout the UK with the first one in Wilmslow. The vision for these centres is to help people with mental health and support parents, friends and partners, on a non-commitment basis in a non-judgemental, safe environment and to provide them with support and resources to help them in their time of need.

Finally John’s advice for those struggling with mental health “Remember you are not alone, I used to believe it was just me with problems, but I realised people hide how they feel because of not wanting to be judged, but once one person talks, others will as well, let’s end the silence together, but it starts with you. I am very passionate about ending the stigma surrounded by mental health, it’s okay to not be okay.”