Children have no idea just how much sugar they are consuming

A behavioural experiment reveals that children have no idea just how much sugar they’re consuming and are significantly underestimating how many cubes are in their food and drinks.

Youngsters were asked how much sugar was in a bowl of instant porridge, a peanut butter sandwich and a glass of fizzy pop.

They guessed each item contained between two and six cubes of sugar – which averaged roughly HALF the amount of sugar found in the products.

The experiment also captured the moment children were stunned to realise a fizzy drink contains as much as 10 cubes of sugar, with most believing it was just five.

It comes after research found children will consume 156 cans of fizzy drink, 208 bags of sweets and 260 biscuits every year – adding up to the equivalent of nearly 23,000g of sugar.

The study of parents and children found despite youngsters enjoying healthier snacks, the average six-to-11-year-old will also gobble down a shocking 260 packets of crisps and 208 chocolate bars.

As well as 260 bowls of sugary cereal, 208 glasses of fruit juice and an equal quantity (208) of cake slices each year.

All of these delectable treats add up to around 63 grams of sugar a day – equivalent of 5,738 sugar cubes a year – which is more than double Public Health England’s daily recommended maximum intake of five-six sugar cubes (24g) per day. 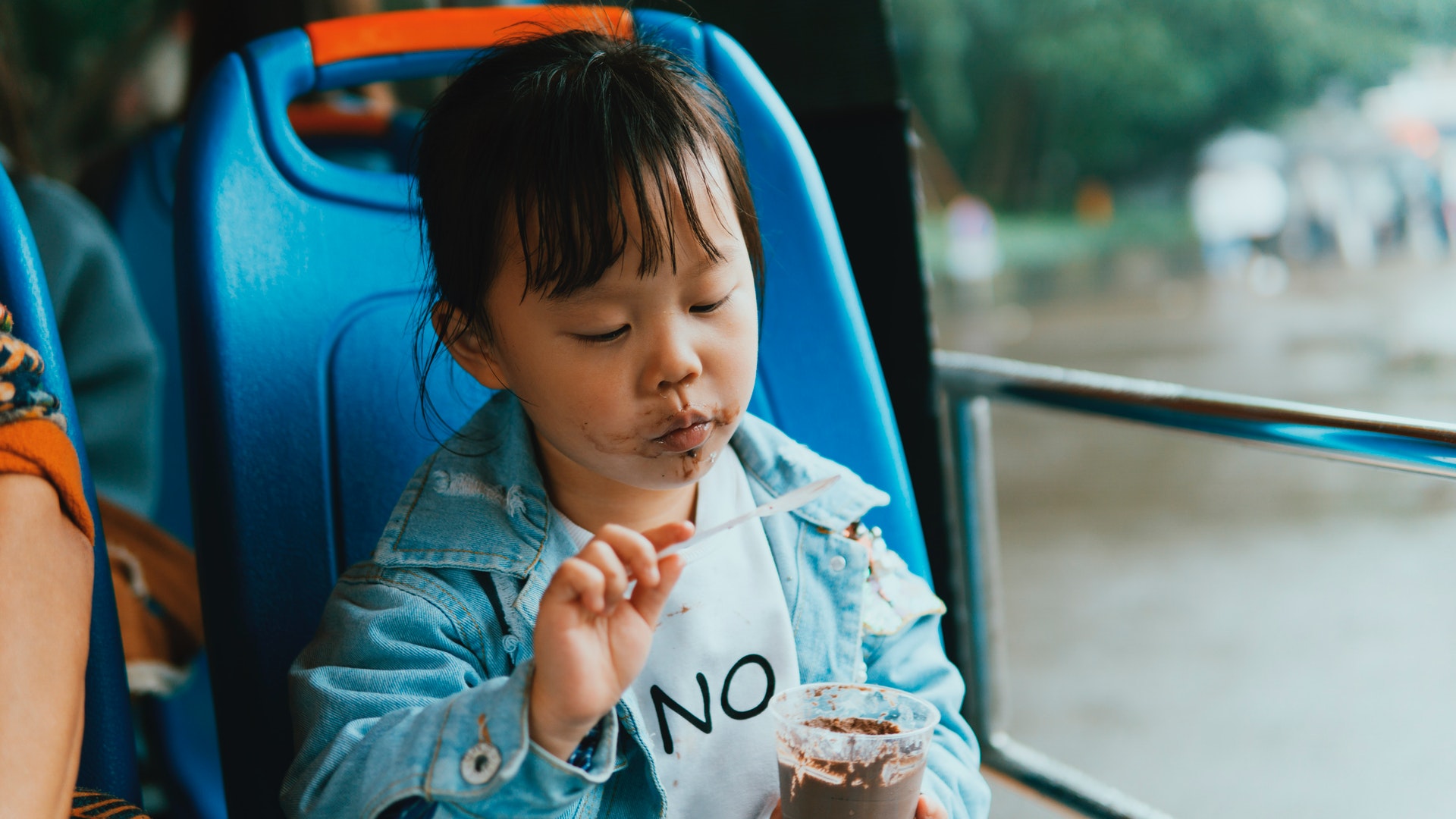 Rhiannon Lambert, registered nutritionist and spokesperson,  said: “Providing kids with healthy and tasty snacks can sometimes be a minefield for parents who may often make the assumption that their child’s preference is for sugar.

“As we’ve seen from the experiment and research, this isn’t always the case. Kids do enjoy simple and natural snacks, especially when given a choice so parents should be thinking about replacing some of the unhealthier snacks with foods high in fibre such as fresh fruit to reduce their overall sugar consumption.

The experiment and research also found kids’ preference for sugary snacks is often an assumption, as 14 per cent of parents admitted to jumping to the conclusion that sweets and goodies are what their offspring prefer.

A third also admitted to giving their children treats as a reward for good behaviour, and a quarter even said giving their kids sugary treats is “unavoidable”.

However, the experiment highlighted parents might not always need to use sugary snacks as an incentive, as when children were tasked to pick a snack of their choice from two different tables, many went for the healthier options.

One table was full of nutritious and healthy foods, and the other contained less healthy snacks like chocolate and crisps, and eight out of 10 children chose a healthier option with strawberries, watermelon, apples and carrots being loaded on to plates.

Children were also presented with what looked like a normal brownie to taste, in which all gave a big thumbs up, yet were later amazed to find the secret natural ingredient was sweet potato.

The experiment comes after the research, found more than half of parents feel they are not on top of their child’s sugar intake.

In fact, parents reckon a child aged seven to 10 should consume a maximum of 20 grams of sugar a day, despite allowing their children to have more than triple this in a typical day.

And a third of parents worry about the number of goodies their children receive when with their grandparents.

But children are more aware of the effects of sugar than we think, with more than half of the youngsters surveyed admitting that they know too much sugar is unhealthy, while two-thirds agreed sugar was damaging for their teeth.

And when it comes to choosing foods, two-fifths of children place emphasis on the smell and over a quarter will opt for healthier snacks because they know it’s good for them.

TV Psychologist Anjula Mutanda said: “It’s really interesting to see children choosing healthier options over unhealthy as this isn’t something we as adults would always expect.

“Children often get a taste of sugar at a young age and this can encourage an appetite for the sweet stuff as they grow up.

“Providing a variety of foods that test children’s palette, including more simple and natural foods like fruit and popcorn, rather than crisps and chocolate, can often help children’s taste buds adjust and ensure they don’t always crave sugary snacks.”

Holly Twiss, Arla UK spokesperson for Explorers, the company which commissioned the research to launch its new range of kid’s reduced sugar yogurts, added: “Kids snacks should be nutritious and fun, which is why we launched our new range of Arla Explorers yogurts.

“Each product contains naturally sourced ingredients with reduced sugar and encourages children to discover a more simple and natural taste, helping to bridge the gap between what parents feel their children should eat, and what children want.”

Arla Explorers is available now at Tesco, Morrisons and Asda. To watch the full experiment and find out more about the range, click here