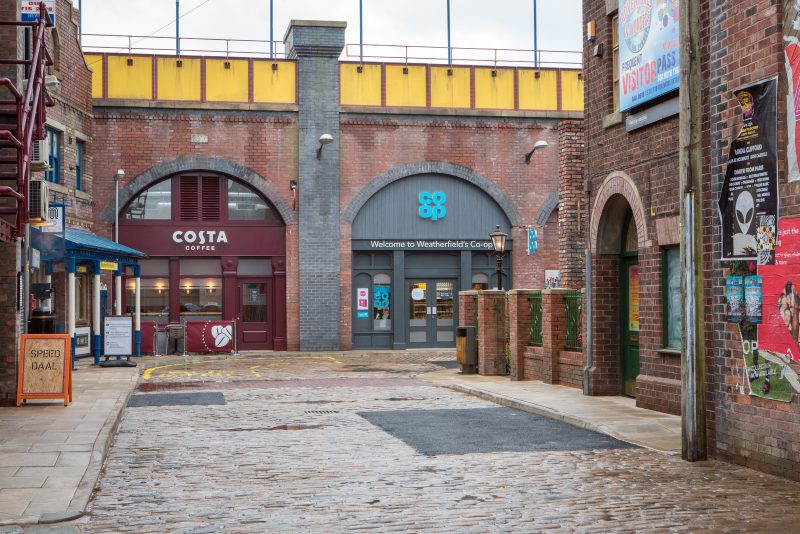 The world’s longest running soap opera Coronation Street has revealed a new street set – and it has a tribute to superfan Martyn Hett and the 22 others who lost their lives at Manchester Arena.

Victoria Street, which is home to the Roys Rolls cafe and Prima Doner kebab shop, has been a cramped cul-de-sac for almost twenty years, and now it has been extended to include a Pakistani restaurant, Costa Coffee and Metrolink station.

Actress Sue Nicholls, who has portrayed hairdresser Audrey Roberts for almost forty years, cut the ribbon at the unveiling ceremony.

She was joined by her on-screen grandchildren, actors Tina O’Brien, Jack P. Shepherd and Lucy Fallon. The four were thrilled to open their new working environment that promises to provide a backdrop for more drama. 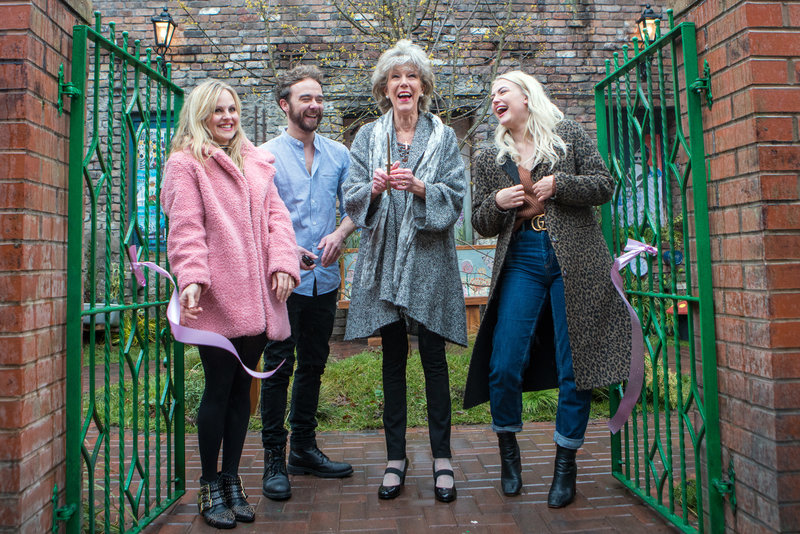 This is the first new addition to the set in almost twenty years. The move from Granada Studios to MediaCity in 2014 allowed for expansion, and the new Victoria Street has been four years in the making.

It has taken eight months to construct and includes 7,000 cobbled bricks from the Granada set. Further reclaimed materials have been used to make the new street look as authentic as possible, and the door handles from the original Rovers Return pub have found a new home as part of the development.

Whilst the new Weatherfield North tram stop will give characters on the show a new way to get into town, an adjacent urban garden will provide much needed leisure time and a place to reflect.

The urban garden is crumbling and overgrown, though is peaceful and colourful, with a pastel mural covering one wall and a small, Victorian pavilion in the corner.

A mosaic bench designed by Dan Taylor, a scenic artist on the show, was brought to life by artist Ruth Wilkinson.

It is in tribute to the twenty two people that lost their lives in the Manchester Arena attack last year, in particular Corrie super-fan Martyn Hett who dedicated his life to the programme and its strong female lead characters such as Deirdre Barlow and Audrey Roberts. 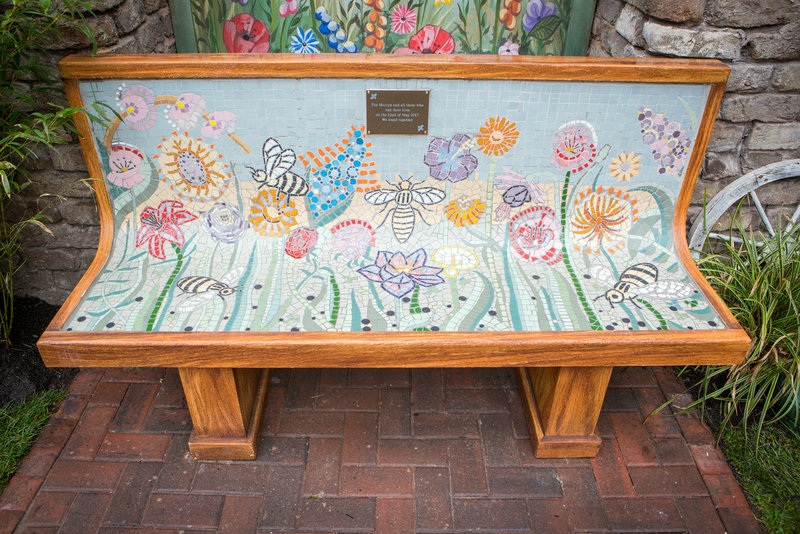 Brand partnerships with Costa Coffee and the Co-op have allowed for branches to open up on set. This unique product placement deal has allowed the fictional world of Weatherfield to blend with reality.

There’s a tattoo parlour, derelict Snooker club, plus a Pakistani restaurant owned by character Zeedan Nazir and a police station. The former Plant Hill police station in Higher Blackley has doubled as Weatherfield station for four years, though now a specially built facade will allow for more complex scenes and secrecy with storylines.

Take a look at the new set below.

Filming begins on the new Victoria Street tomorrow, and the first scenes will air on April 20th. The programme continues every Monday, Wednesday and Friday at 7:30pm and 8:30pm on ITV.