It’s been a long time since Manchester had a Michelin star restaurant. But could that be about to change with news of the Bull & Bear opening in the new Stock Exchange Hotel with super chef Tom Kerridge at the helm. 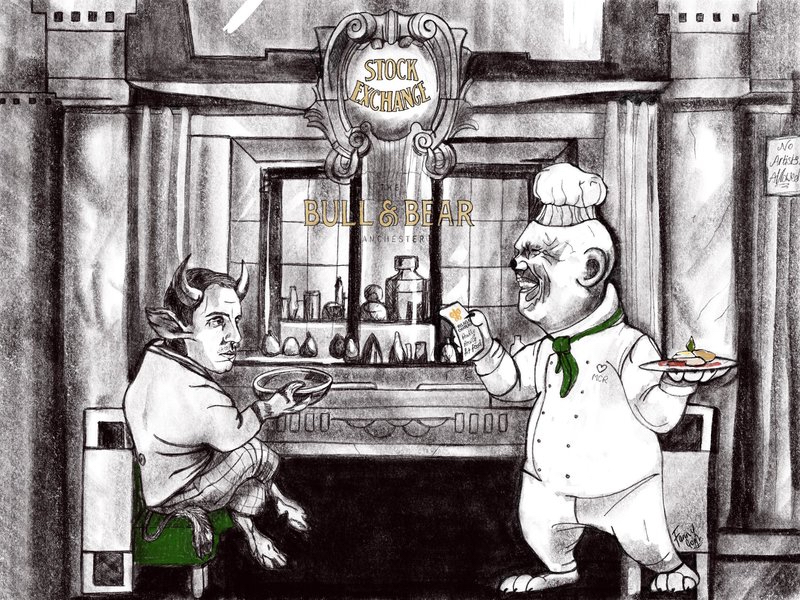 It will be a member of global hotel and restaurant fellowship, Relais & Châteaux, managed and operated by Manchester-based GG Hospitality. The hotel has 40 rooms, including two signature suites and a stunning 3,500 square foot penthouse residence, complete with roof-top terrace and views of the Manchester skyline. 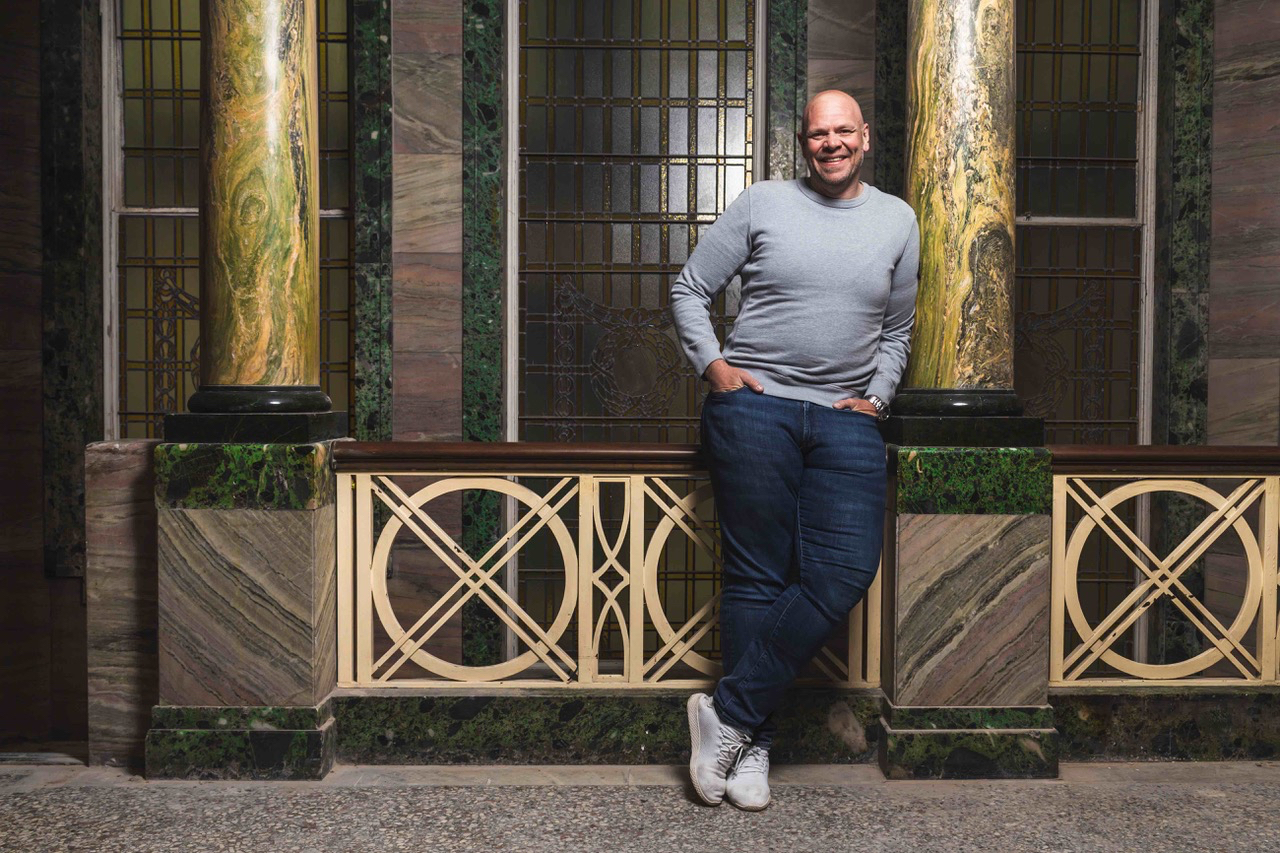 Chef Tom Kerridge at the Stock Exchange Hotel in Manchester

Stood under the restaurant’s high-domed ceiling, surrounded by marble pillars and stained glass windows, Gary said: “This was the old trading floor of the stock exchange, a space that is incredibly special to us.

“Myself and Ryan (Giggs) bought this building some six, seven years ago. If you are wondering why we have not opened yet, it’s because we have messed around a lot in the last few years and we have changed the concept quite a bit.

“But every time we walk in here we marvel at the space. It’s fantastic, it’s wonderful. I think that we tried and looked at different concepts of how we would approach the building but with Winston’s introduction into GG Hospitality… we focused on the building itself and the stories here already.

“It’s got a wonderful history. It was the centre of Manchester’s economy 100 years ago. A lot of transactions took place in this building, on this floor. Everything we have done in the past 18 months has been to respect the heritage of this building. So whether it is the materials we have used, they are all materials that would have been used 100 years ago.

“We’ve retained the names of the rooms that were originally given by the architects. We feel privileged and responsible to bring it back to life. It’s something we wanted to happen for a long time.”

The Bull & Bear will be an approachable yet elegant space, surrounded by marvel pillars, stained glass windows and topped with an impressive dome.

The menu reflects Tom’s signature style of refined British classics, including dishes such as Chicken Kiev with Cauliflower Cheese and Crispy Pig’s Head with Celeriac Rémoulade and Spiced Date Sauce. Tom will also be overseeing the private dining and event spaces within the hotel, The Bank and The Vault.

Tom’s pub The Hand and Flowers in Marlow in Buckinghamshire is the only pub in the UK to have been awarded two Michelin stars. His second pub The Coach also won a Michelin star. He has also appeared on the Great British Menu, Masterchef and Saturday Kitchen, How to Lose Weight for Good and Top of the Shop.

Tom said: “This is a really exciting opening for us. The hotel is going to be stunning and we’re very happy to be working with GG Hospitality. We can’t say much at this stage, but I can say that we’ll be bringing a bit of Marlow up to Manchester. We are very much looking forward to being a part of the city and joining the exciting and vibrant Manchester food scene.”

He also joked that he’d already checked with Manchester’s other star chefs Gary Usher (Kala on King Street) and Simon Rimmer (Greens in Didsbury) – and they were delighted that he is coming to join the party.

“The food scene is so vibrant and exciting and we’re looking forward to being a part of it. Our goal is to be somewhere that people feel welcome and looked after while enjoying some delicious food. The hotel is going to be stunning and it’s a brilliant setting for our first Manchester site.”

Winston Zahra CEO, of GG Hospitality, said: “We are especially happy to have partnered up with Tom on the food and beverage side of the hotel and are very much looking forward to working with Tom and his team in Manchester”.

Rooms at Stock Exchange Hotel, tables and events are available to book online now at stockexchangehotel.co.uk and www.bullandbearmanchester.co.uk for dates from 15 November.