David Silva Leads A Campaign Against Gender Violence With Anfi Together 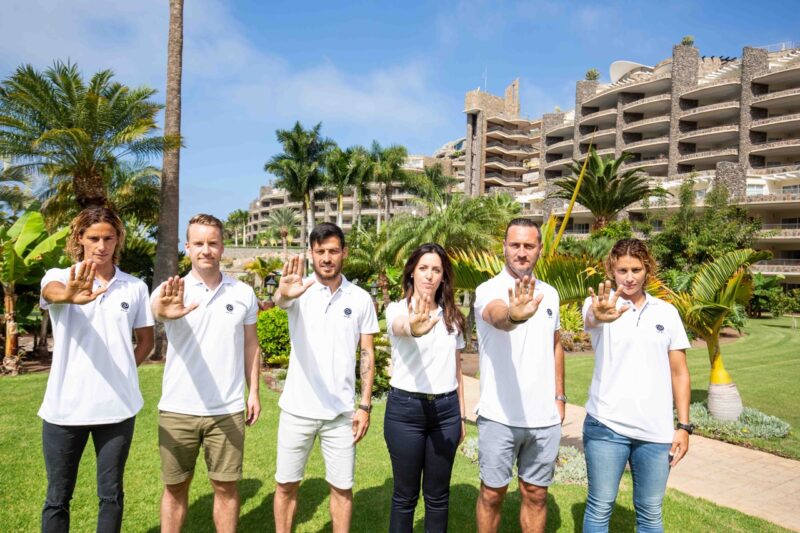 Popular holiday destination, Gran Canaria is home to Anfi Del Mar, a resort that has been a sanctuary of peace and tranquility for its members for over 20 years. My family and I have been members for over 10 years, and every time we return, it’s like coming home.

So when VIVA were approached by the Anfi Group to support them with their latest campaign, an ambitious international campaign against gender violence which features various employees of the holiday company, we wanted to know how we could support them through our channels.

The company, specialising in timeshare and based in sunny Mogan, Gran Canaria, launches alongside its company ambassadors an initiative under the slogan ‘Stop Violence’, in which the Manchester City player David Silva, British actor Will Mellor, Norwegian rally driver Mads Østberg, and windsurf World Champion Daida Ruano, among others, star in an impacting video calling for an end to gender abuse.

The recording features individual messages in different languages ??and a final image from the Anfi employees, with one hand raised, demanding an end to gender violence.  The sequence of just one minute, also incorporates Czech cyclist Román Kreuziguer as well as Anfi staff of wide variety of nationalities, who pay a heartfelt tribute to their colleague Yurena López, a chambermaid, who was killed by her partner two years ago. “We want to call on society to eradicate gender abuse,” said David Silva, adding “we must raise our voices and condemn these despicable actions.”  In coincidence, David Silvas’ own mother worked as a chambermaid for Anfi when the footballer was a lad. The introduction of the video is lead by British actor Will Mellor, with strong condemnation of this issue and asks for society to respond and prevent 140 deaths per day worldwide.

“We must all get involved to the fullest so that future generations can live in equality and without discrimination,” says Mellor. This campaign will have an international reach and is part of the ‘Anfi Cares’ program, an initiative for social and environmental responsibility in which the company is “absolutely committed”, according to a company communication.  This campaign intends to “stir consciences and aims to go viral and be viewed, if only through our ambassadors, by about 8 million followers.  Every effort will be made in the fight against this threat”, explained Anfi Marketing Director, Celia Fonseca.