DJ AirMiles: She’s got the reasons to be cheerful, making sweet music on her travels 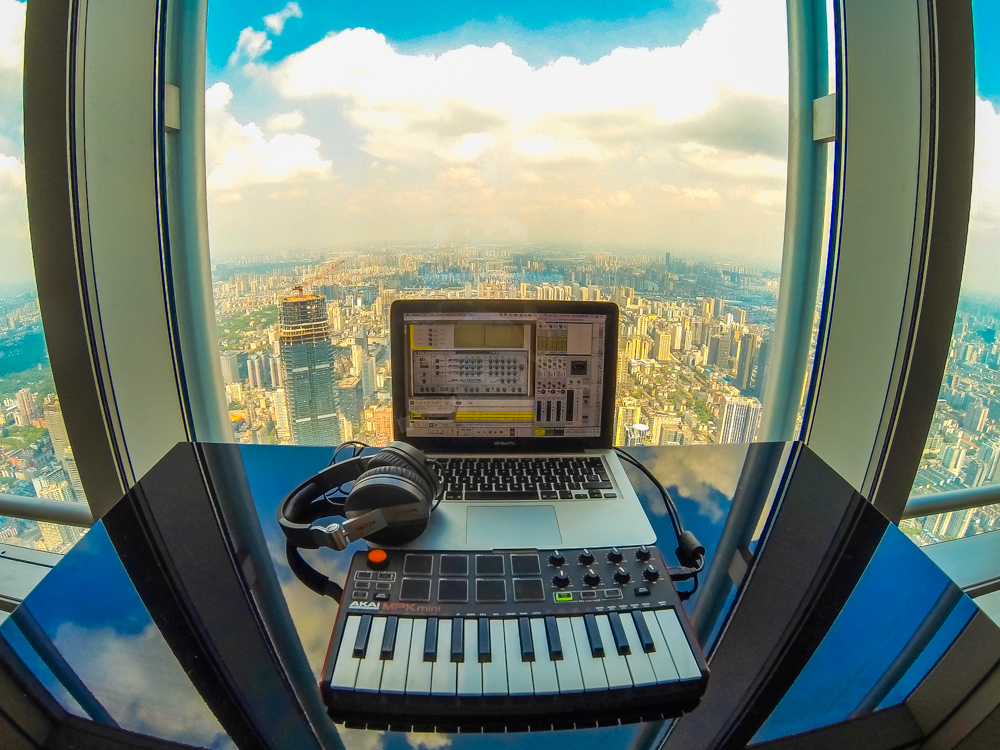 I’ve been travelling for seven months now, ‘SEVEN WHOLE MONTHS’ people, well they do say time flies when you’re having fun and boy am I.

I want to start this month’s column by giving a big shout out to everyone who has been reading it and I’m loving all the feedback, makes me think of home while I’m busy being a DJ and everything.

So, besides some extremely rude questions about some of my travels that I just couldn’t possibly repeat ha-ha, one question that keeps popping up is how are you still making music when you’re on the road all the time [well, in the air and in hotels]?

Good question my fellow music geeks and I admit I was worried about this before I took flight as last year I’d started to get really stuck into music production back home and loved my little studio set up.

At first, I was looking online at all the places I would be visiting to see if there were any music studios I could use. I came across an amazing one in Bali called Bali Praia where I actually recorded my January Party Palace sesh. [You can read more about these studios here] 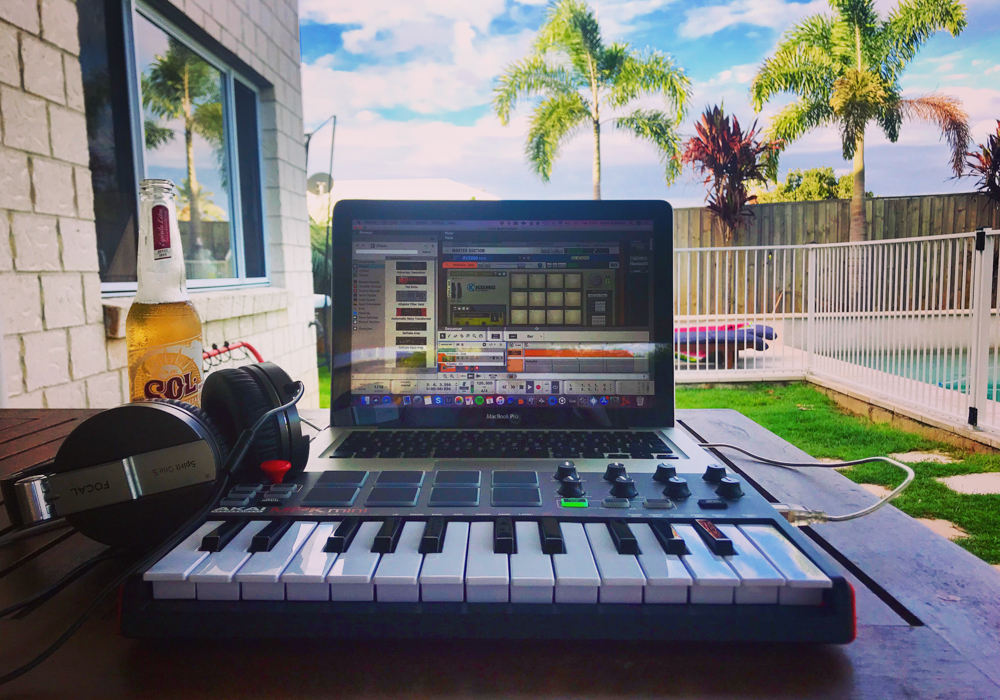 But my problem was solved at Christmas when my little bro Ed and Big Will [my Dad] surprised me with a really cool music production travelling kit using the Propellerhead Software; Reason 10.

Reason 10 is priced at £299 and as a little Brucie bonus Ed and Dad paid out an extra £54.95 for the AKAI MPK Mini which is just the icing on the cake as far as making music on the go goes!  Not only is it a compact keyboard but it’s a pad controller too with eight beat pads.

But my favourite thing about it is, while the keyboard is only mini,  you can set it to play the same range as a full-size keyboard by changing the settings on the scales and cord player.

I was a bit skeptical moving from Ableton to Reason, but I’m finding Reason a lot easier to use, and it’s so much fun making beats and melodies with the MPK mini.

I’m one of those people who is a bit shit about figuring things out for myself. So, I was really happy to see that Propellerhead have a YouTube channel with a load of helpful tutorial videos.

Another super cool thing about Reason is they have a mobile phone app called Reason Compact 2.0.

The only thing I’ve not liked about travelling solo is eating on my own in restaurants, you look like such a loner and if I didn’t have an iPhone to play on what the hell would I be doing? Just staring into space or looking at people in the restaurant like a freak, awks.

So, when I discovered the Reason Compact app, whilst waiting for my food to arrive just got more exciting, and my street cred was saved!

You can literally make drum, bass and synth loops on your phone with a large range of instruments installed onto the app.

It’s a fantastic powerful music studio in your pocket, and once you’ve created your beats you can export them as a Reason 10 or sound file to your email – ready to use on the Reason projects on your laptop. 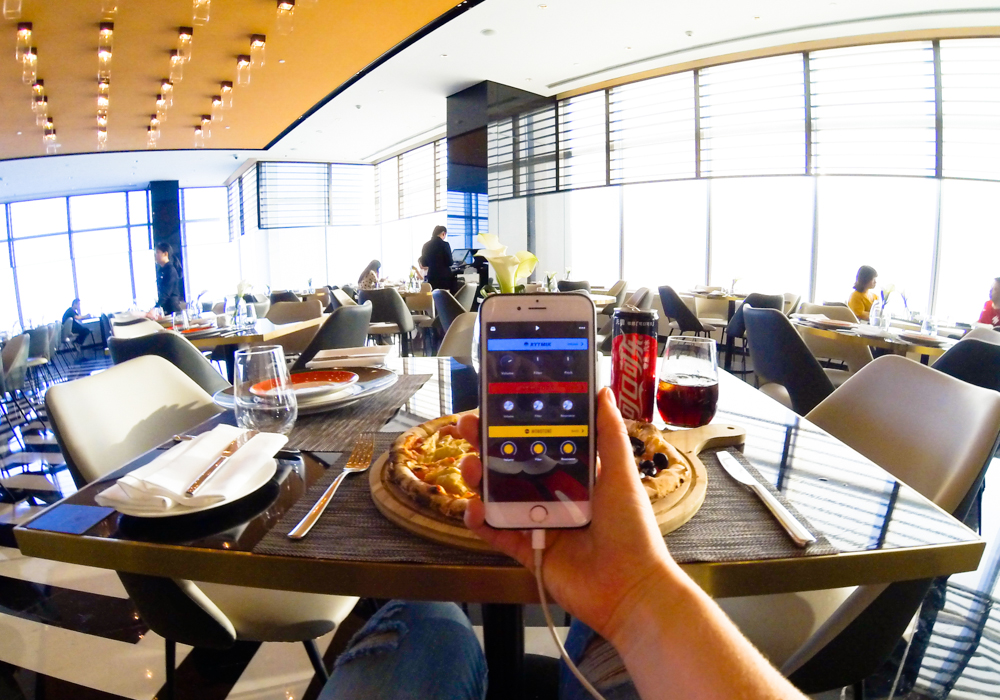 Obviously make sure your headphones are plugged into your phone as you don’t want to go annoying everyone in the restaurant! Or do you actually want to start a restaurant rave!?

Talking of Headphones, I’m using a pair of Focal Spirit One S for production which were recommended to me by top Manchester producer Mark Bradbury aka Rudosa, who can I just say is smashing it at the moment with his Techno beats hitting the top 10 on Beatport plus being played worldwide by big names such as Fatboy Slim and Amelie Lens. Also check out Mark’s music school: Make Me A DJ.

So, this is my little set up now whilst making beats on the go, I’m also editing my monthly Party Palace sesh in Reason, which you can listen to on Mixcloud and now YouTube.

Until next month you VIVA beauties x