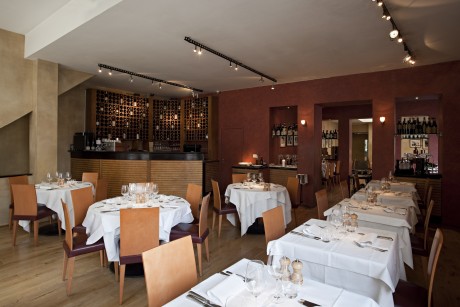 This month marks the 25th anniversary of London stalwart of the restaurant scene, Enoteca Turi in Putney.

To help celebrate this milestone, the Italian restaurant has appointed a new head chef – Michele Blasi, who helped Sadler’s restaurant in Milan achieve a two Michelin star rating. With this in mind, I headed South of the River on an early Tuesday evening, to sample his new plates.

Enoteca’s menu presents traditional Italian classics with a modern twist – nicely noting the regions from which the dishes herald. Ingredients are sourced from all over Italy – for example the catalogna chicory, radicchio, prosciutto, borlotti beans, cherry tomatoes and olive oil used, are sourced from Umbria, Tuscany and Campania. 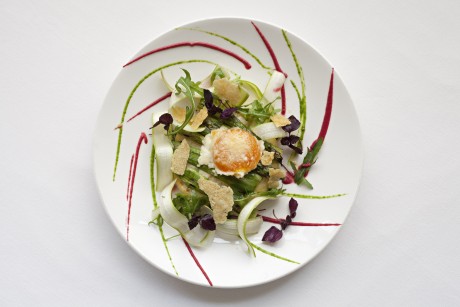 And the Italian word Enoteca is actually widely used to describe a special type of regional wine shop, so fittingly Enoteca’s famous wine cellar – lovingly collected over 20 years, boasts over 350 wines, with prices to suit all wallets.

Once seated in a prime corner spot and with aperitivo in hand – a crisp Prosecco from Venice – I excitedly poured over the offerings.

After much deliberation, my chosen antipasti was Carpaccio of sea scallops – a refreshing plate served with fennel slaw. My companion opted for a more adventurous melee to commence – a fava bean puree, with turnip tops broccoli, asparagus chicory salad and a deep friend ‘pizza’ – though a deconstructed version, an eyebrow-raiser for us both. Both dishes hailed from Puglia, the very region where Enoteca’s owners, husband and wife team Giuseppe and Pamela Turi, are from. 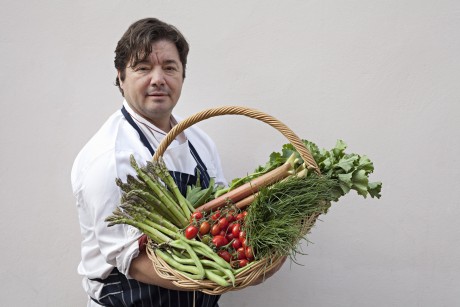 And although tempted, with fear of filling up too fast we shied away from the Primo menu. This included pasta dishes such as the delicious-sounding ravioli filled with taleggio, and regional risottos made with for example artichoke, marjoram and pecorino cream – we promised ourselves another time.

Mains transported us both to the coast of Campania – of note was companion’s perfectly cooked squid, which came with an interesting, beetroot gnocchi. My monkfish was solidly wrapped in leak and olive pesto, on a bed of borlotti (beans again) and mini clams. My only reservation (if any) was the sheer amount of food presented – so delicious, but a little overwhelming.

Hence after a much-needed rest, we pondered over the dessert meun, or dolce for you Italian readers. We opted for the house speciality, the Cannincini (cannoli) and my all-time Italian favourite, Tiramisu. Both were to die for. 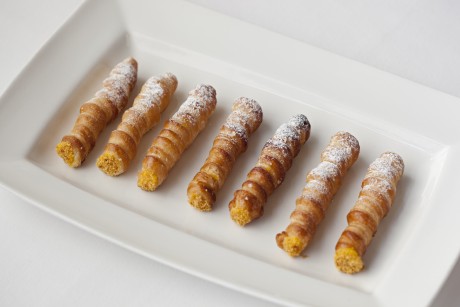 The dining room by this point was bathed in evening sun. Near to food exhaustion, we contentedly considered our pleasant surroundings. Pictures adorn the walls, reminiscent of the bygone days of charming rustic Italy. We enjoyed the buzz and chatter of a crowd that appeared to be a fusion of faithful locals and impressed out-of-towners. Upmarket and yet understated, this restaurant is the perfect venue to book when your parents are in town, to impress a new client or even for a first date.

So as my companion and I waived arrivederci and strolled back across Putney bridge – walking off our splendid supper, rather than goodbye, we agreed it was just ‘ciao for now’ for Enoteca Turi.