Families will start to find their relatives annoying by 2.13pm on Boxing Day

After all the excitement of Christmas Day – the presents, the food and time spent with loved ones – the mood will start to sour the following day as families begin to grate on one another.

Disagreements over board games, what to watch on TV and politics are among the most common niggles.

Other tensions included having to share a room at night, being asked to look after other family members’ kids and being the only single person in the family.

In fact, the research found 26 per cent of those aged 18 to 34 have been nagged about being unattached.

And a quarter of younger adults have also faced criticism for not being good with money (25 per cent) and not having a better job (25 per cent).

Emma Tagg of Hotels.com , which commissioned the research, said: “With Grandma giving you the ‘why are you still single?’ side eye, your constant ‘availability’ for babysitting and the ongoing questions about your lack of savings, festive family gatherings can all get a bit much.”

Other struggles at Christmas include being surrounded by ‘perfect’ couples, enduring public displays of affection and having to entertain noisy kids rather than take it easy.

Four in 10 of all those polled admit they tend to get to a point when they can’t bear to spend any more time with their family.

Sadly, one in 10 admit they only stay with their family at Christmas because they have nowhere else to go, while a fifth said the alternative of having to stay in a hotel would be too expensive. 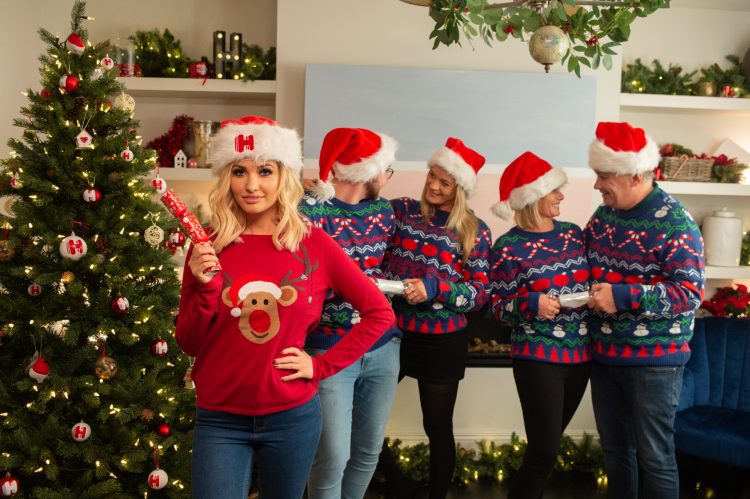 The study carried also identified the best things about being single over the festive period.

These include being able to choose how they spend their time (48 per cent), having no responsibilities (45 per cent) and having one less present to buy (33 per cent).

Love Island star, Amy Hart, said: “I love spending Christmas with my family, but being surrounded by couples and being constantly asked ‘are you dating anyone?’ or ‘any new boys on the scene?’ can get a little much.

“That’s why I am working with Hotels.com to give those happily single people out there, 50 per cent off hotel rooms on the 26th December, when you just need to escape the Xmas chaos.

“The Xmas Escape rates gives everyone a break from the nagging questions, babysitting the nephews and nieces and lets you have some well-deserved me time.”

Individuals wanting to escape their family on Boxing Day (December 26) can get 50 per cent off hotel stays that night by using the code: XMASESCAPE

MOST COMMON TENSIONS AT CHRISTMAS: