Step into the light to discover the incredible art festival that’s set to shine on Norway’s capital this autumn.

Fjord Oslo is marking its inaugural edition from 1-st – 3rd November. Bringing together many of the world’s leading artists the festival promises exquisite artwork.

It’s free and open to all with an unrivalled outdoor setting on the Oslo harbourside. With artists using light as their medium and inspiration, this annual celebration offers a visually spectacular and wide-ranging exploration of light-based art.

Tourists and locals alike can visit the Norwegian capital to participate in an illuminating experience that fuses technology and creativity. From a journey through the cosmos depicted on water, to a mesmerising crescent moon brought to earth, the installations are a real visual treat against the beautiful backdrop of Oslo’s Harbour and fjords.

The installations can be found at three locations along Oslo’s Harbour Promenade, including Aker Brygge, Town Hall Square and Akershusstranda.

Top 5 installations to see at the Fjord Oslo Festival 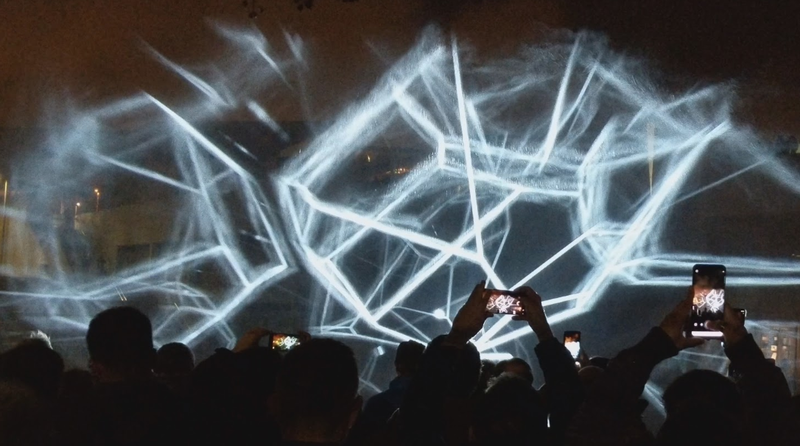 French light artist Joanie Lemercier has explored the possibilities of light projections for the past 10 years. From video mapping, to live shows and gallery installations, Lemercier is a leading light-based artist.

In Constellations, images of the cosmos are projected onto a fine spray of water particles. The projection is designed to emerge and flow like a journey through black holes and the edges of the universe. The piece is accompanied by an electronic soundscape created by Bristol-based producer Paul Jebanasam. 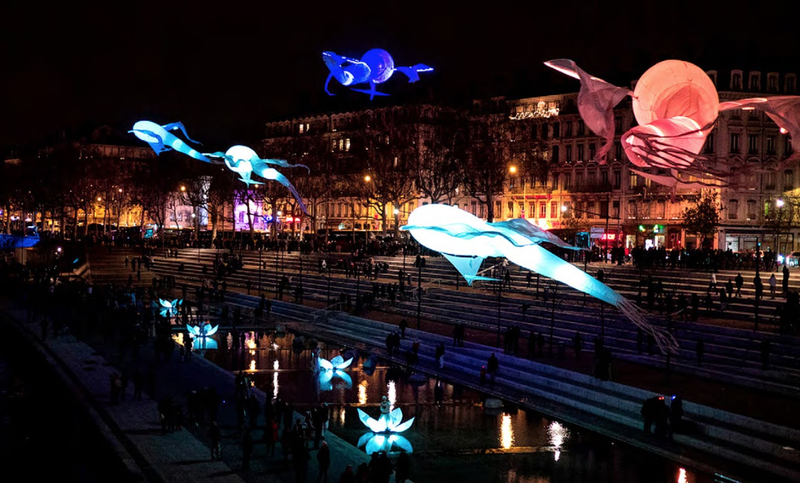 Porté par le Vent (‘Carried by the wind’) is a company dedicated to creating animations and installations that explore the themes of wind and light.

For Fjord Oslo he presents an airborne ballet of kites, conjuring an ethereal fairytale world from the interplay of wind, light and sound.

Estonian landscape photographer Caspar Lootsman specialises in capturing the natural world in a way that puts light at the centre of each image.

For Fjord Oslo he creates an interactive installation which explores the four elements of nature – earth, fire, air and water – encouraging his audience to engage with them physically, by means of a touchscreen, and psychologically, by venturing out into nature more often. 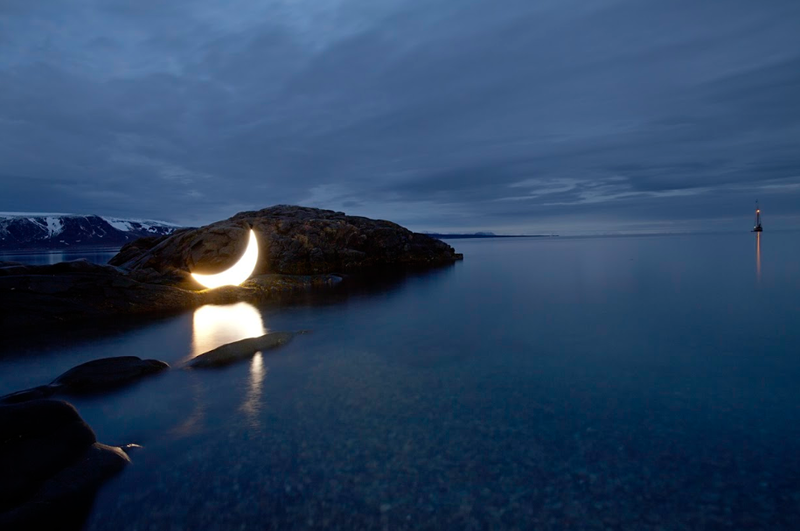 However, since the beginning of the 1990s his work has moved increasingly towards large-scale installations that aim to engage the viewer into absurdist situations, from fictional cartoon characters, to theatrical action, to reflections on his homeland, the Urals.

During the festival Leonid brings his globetrotting mobile light project to Norway. Private Moon is a visual poem that tells the story of a man’s lifelong relationship with Earth’s beautiful and mysterious neighbouring satellite.

Leonid’s moon installation has featured all over the world, including Japan, the US, New Zealand, the Arctic Circle, and now at Oslo harbourside.

Developed for the facade of Oslo’s red-brick city hall, the installation will be an abstract, large-scale production using holographic projections and video.

For more details and updates on the Fjord Oslo Art Festival visit the official website: fjordoslo.com