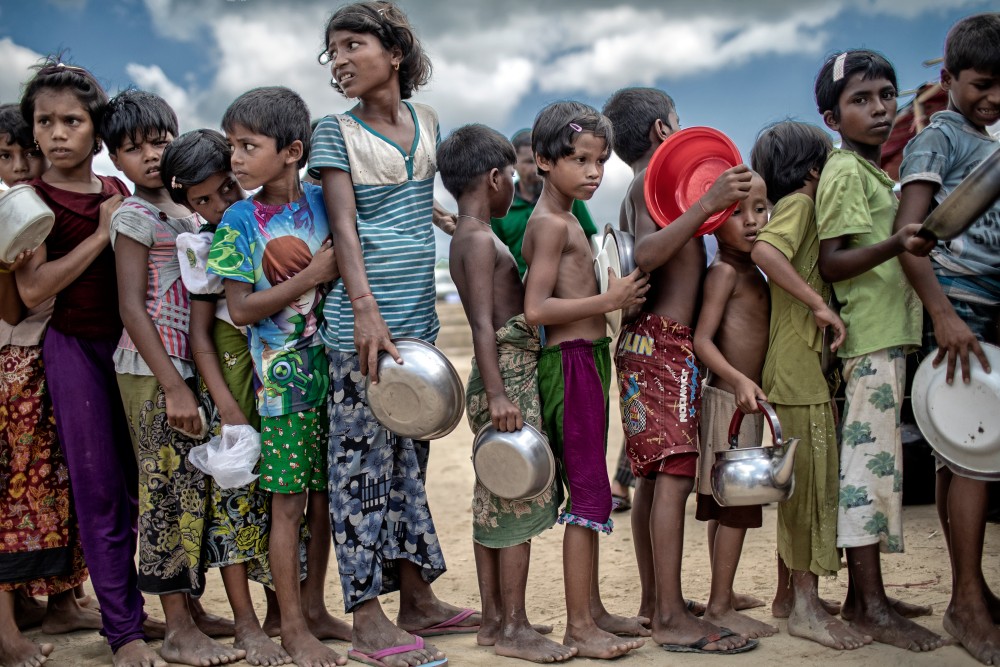 A powerful and emotional shot, After Exodus, by Bangladeshi photographer KM Asad, has won the overall prize and title of Pink Lady® Food Photographer of the Year 2020, the world’s leading celebration of the art of food photography and film.

The photograph was taken in the vast Rohingya refugee camp which counts as home for over one million people in Cox’s Bazaar, Bangladesh. Poignantly, the camp has just been placed in lockdown in an attempt to prevent the spread of Coronavirus.

“This moving image really speaks to our times,” says Caroline Kenyon, Founder/Director of the Awards. “The world is in the grip of Covid19 and normal life, whatever that may be, has stopped for all of us. These Rohingya refugee children remind us of the fragility of life, that our need for food for survival connects us all around the world. We are all the same.”

For the first time since the competition’s inception in 2011, the awards’ evening was held online. Winners were announced by legendary musician and cheesemaker, Alex James, in a livestreamed event and it was watched by thousands across the globe, including celebrities from the food and photography world.

“The standard was exceptional.” says Phil Turnbull, CEO of APAL, parent company of Pink Lady®, and headline sponsor of the Awards since 2011. “There were nearly 9000 entries from over 70 countries – this competition inspires across the world. It is a truly global coming together of talent.”