Originally opened in 1906 as the Manchester Stock Exchange, the grade II listed building was a hive of trading until it was amalgamated into the London Stock Exchange in 1979.

Thankfully the beautiful wood paneling, marble pillars, stained glass, a domed ceiling and the old stock exchange clock, survived various different uses until Gary and Ryan bought the building in 2014, vowing to respect its history and heritage in its transformation.

That’s where the formality ends, the bar offers a wide range of gins and cocktails with staff that took time to offer their recommendations with a smile. 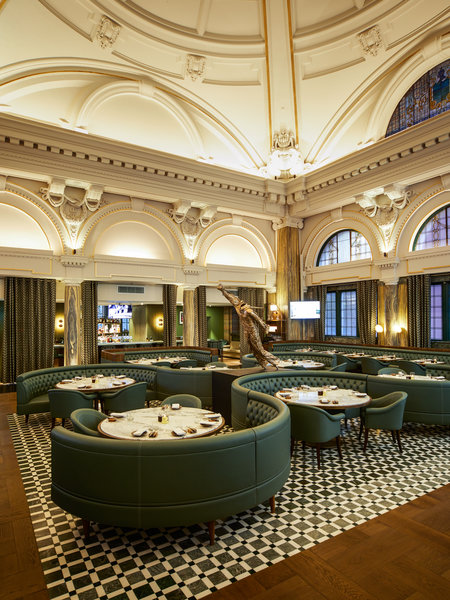 The restaurant is green and gold, featuring semi-round booth style padded seating, surrounded by huge television screens playing clips of the class of ‘92 as well as live matches.

Down one side is the open kitchen so we could watch Tom and his team preparing our food.

The hot menu featured some of Tom’s twists on traditional dishes such as fish fritter of the day with pease pudding and tartare sauce (market price); chicken Kiev with maple glazed butternut squash (£14.50) and steak and blue cheese “demi” pie with roasted onion and ale gravy (£14.50).

The spiced Cornish cod with caramelised cauliflower and golden raisins (£14.50) went down well on our table for its incredibly tasty combination of flavours.

Even more indulgent were the whole stuffed rotisserie quail with black pudding and moilee sauce (£17.50) and the venison chili with toasted rice cream, red wine and chocolate (£13.50).

The crispy pig’s head with celeriac remoulade and spiced date sauce (£9.50) is always going to be a conversation starter. 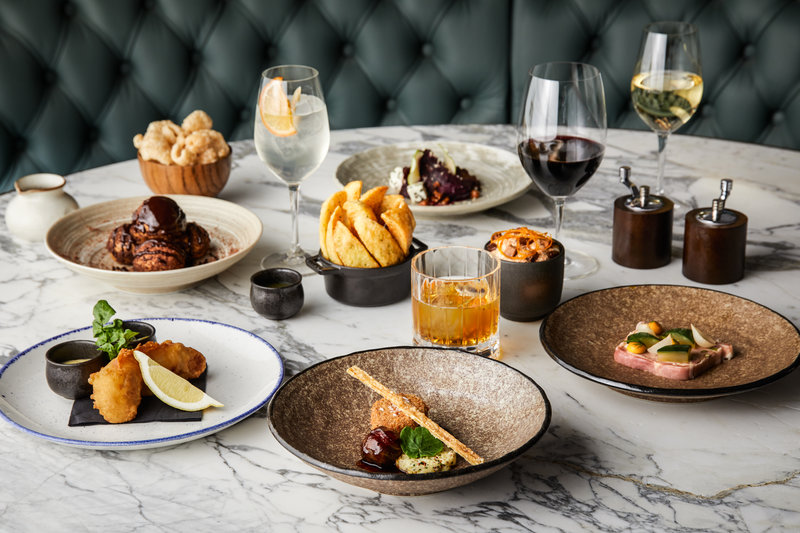 For those wanting to avoid meat there are also the cassoulet of Tarbais beans with roasted vegetables, cepes (mushroom) and winter truffle (£13.50), crown prince pumpkin soup with pumpkin seed pesto and cheese straw (£8.50), and mushroom risotto Claude Bosi (£8.50).

The side dish of rotisserie celeriac with winter truffle (£4.50) is also highly recommended, and of course you can have B&B chips with gherkin ketchup (£5.50).

With a little nod to Gary and Ryan, the cheese selection included Lancashire Bomb with crackers and grapes (£8.50) and Welsh Rarebit on sourdough (£6.50).

The hotel and restaurant, is situated on Norfolk Street, ideally located for city centre shopping and business, is now open for bookings, including Christmas and New Year. 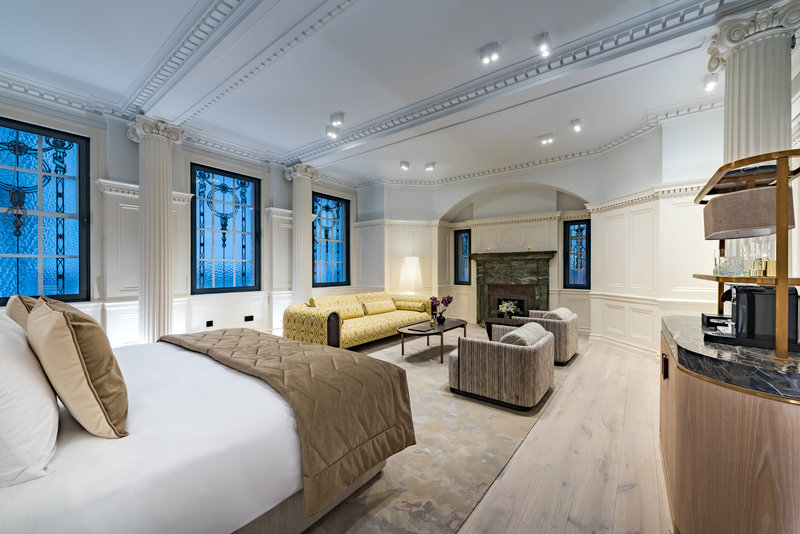 The hotel also offers The Bank, offering private dining experiences for up to 14 people, and The Vault, catering for private events for up to 120 people.

There are two signature suites. The 1906 suite on the fourth floor is named after the year the opening bell of the Manchester stock exchange rang for the first time.

The impressive Boardroom Suite on the first floor, is accessible by its own private staircase from the lobby, features its own fitness area and personal concierge, as well as an outdoor area when booked with the adjoining Norfolk suite.

On top of that is The House, a residential apartment with five-star hotel service, spread over 3,500 square feet, designed by internationally renowned design studio Autoban.

It features a breakfast bar, two separate lounge areas, three double en-suite bedrooms, a beverage bar, an expansive dining room with a dining table which seats 10 and its own rooftop terrace with views of the Manchester skyline. 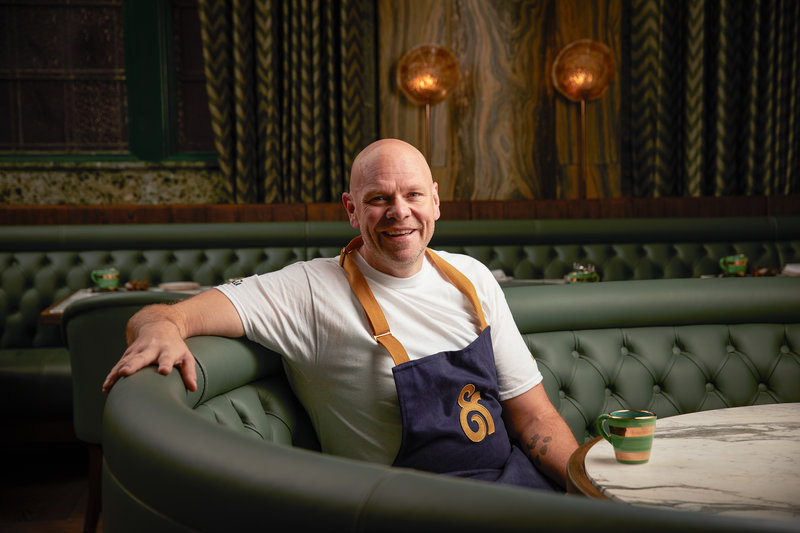 The Stock Exchange Hotel is a member of global hotel and restaurant fellowship, Relais & Cha?teaux, and is managed by Manchester based GG Hospitality.