Gino D’Acampo springs into action with new menu at Luciano 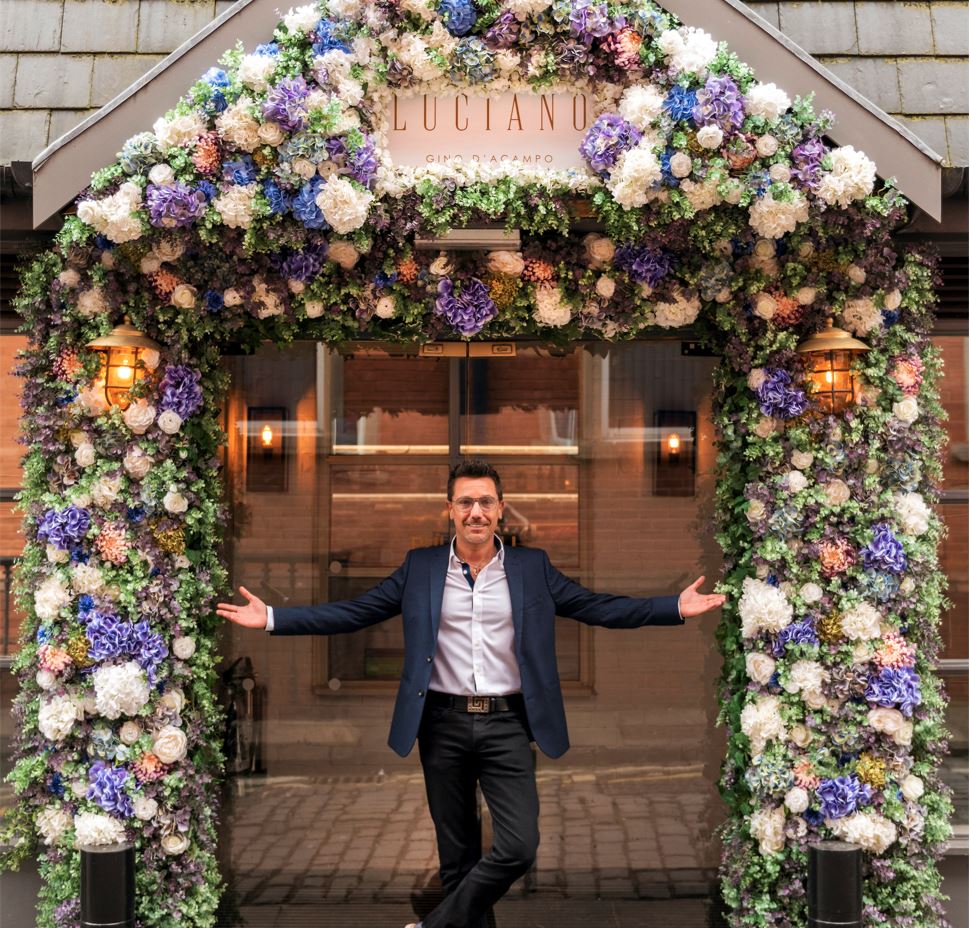 Gino D’Acampo is a force of nature, a charming burst of energy who brought the much-needed sunshine when he unveiled a new menu at Luciano in Alderley Edge.

And what’s more, he is a great chef as VIVA found out when we tucked into samples of the new dishes which boast all the taste and flavour to herald Spring (which seems to have done one now), picking the best produce and creating some fantastic plates.

Opened in January, Luciano’s has taken over what was Piccolinos and has been given a new lease of life. It will also be refurbished at some point into the future to bring in line with the London Luciano but here the team’s focus has been to get open as soon as lockdown allowed.

It is the second eatery named after Gino D’Acampo’s first born son, following the opening of the first Luciano at the five-star ME London hotel in the heart of the capital’s West End last year.

And, having dined there in February has already been hit with the VIVA UK Lifestyle team, but what a treat to meet Gino and have him explain the thinking behind the new Spring offering.

Gino told VIVA: “As a chef, the spring and summer months are often the most exciting as there are so many vibrant ingredients to work with in the kitchen.”

“The simple and beautiful flavours of the season are at the very heart of the new Luciano menu and I’m looking forward to seeing guests enjoying the dishes I have created alongside my team of talented chefs.” 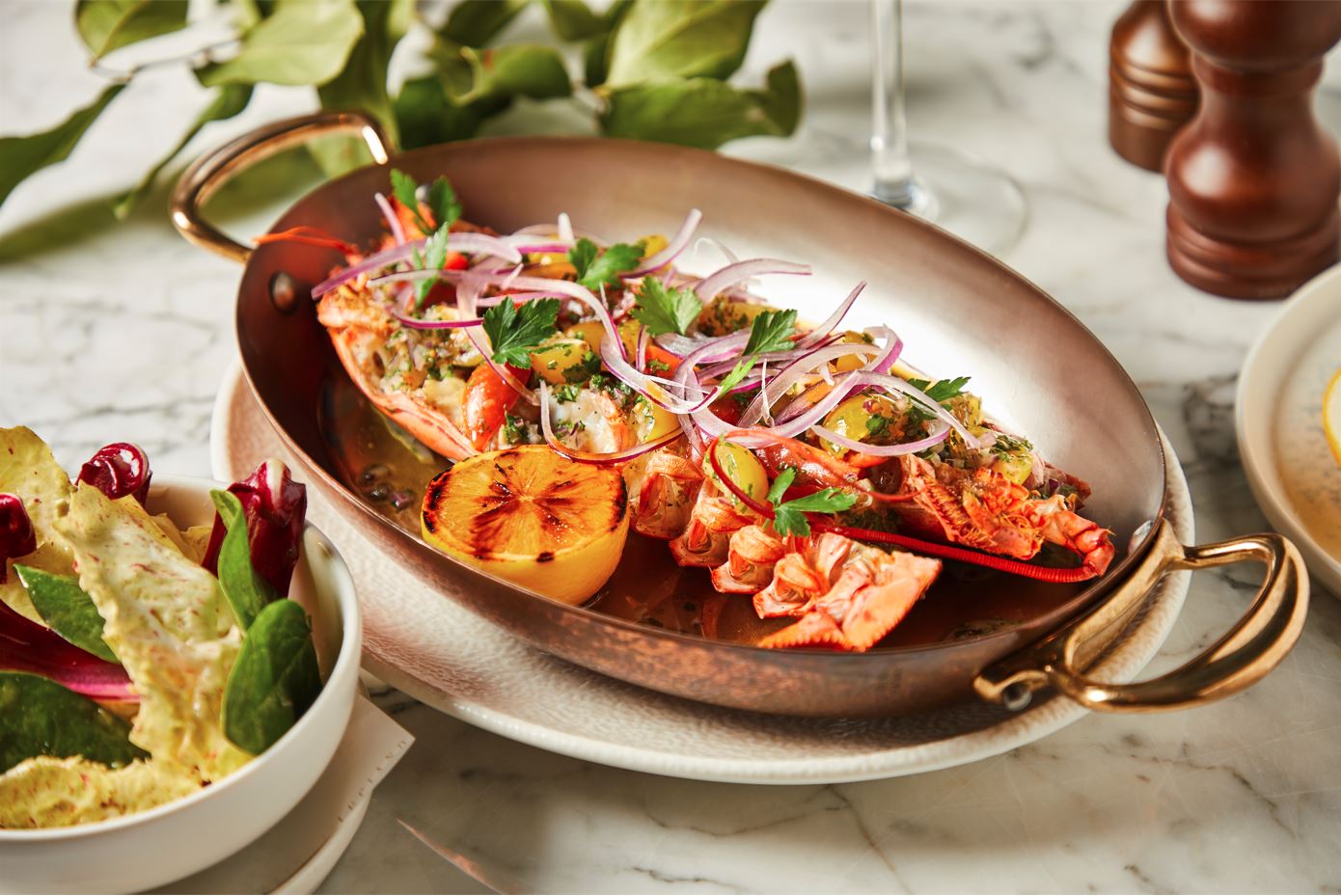 The list of new dishes sees a focus on the season’s key food & drink ingredients, each hand-picked from some of the best producers in the UK and Italy, including sustainably farmed salmon from Loch Duart in the Scottish Highlands, heirloom tomatoes from Croftbank Nurseries in Hesketh Bank, Palourde clams from Dorset Shellfish Company, and pasta from Pastificio Liguori, one of the oldest pasta producers in Italy.

Simplicity is the key explained Gino, letting the flavours of each seasonal ingredient lead every dish.  All are inspired by Gino’s travels, as well as recipes from the acclaimed chef’s latest book, and are prepared fresh from scratch on site.

There’s a fabulous introduction to the new menu with a carefully curated selection of cicchetti and antipasti, from £5 and these are gorgeous mouthfuls. 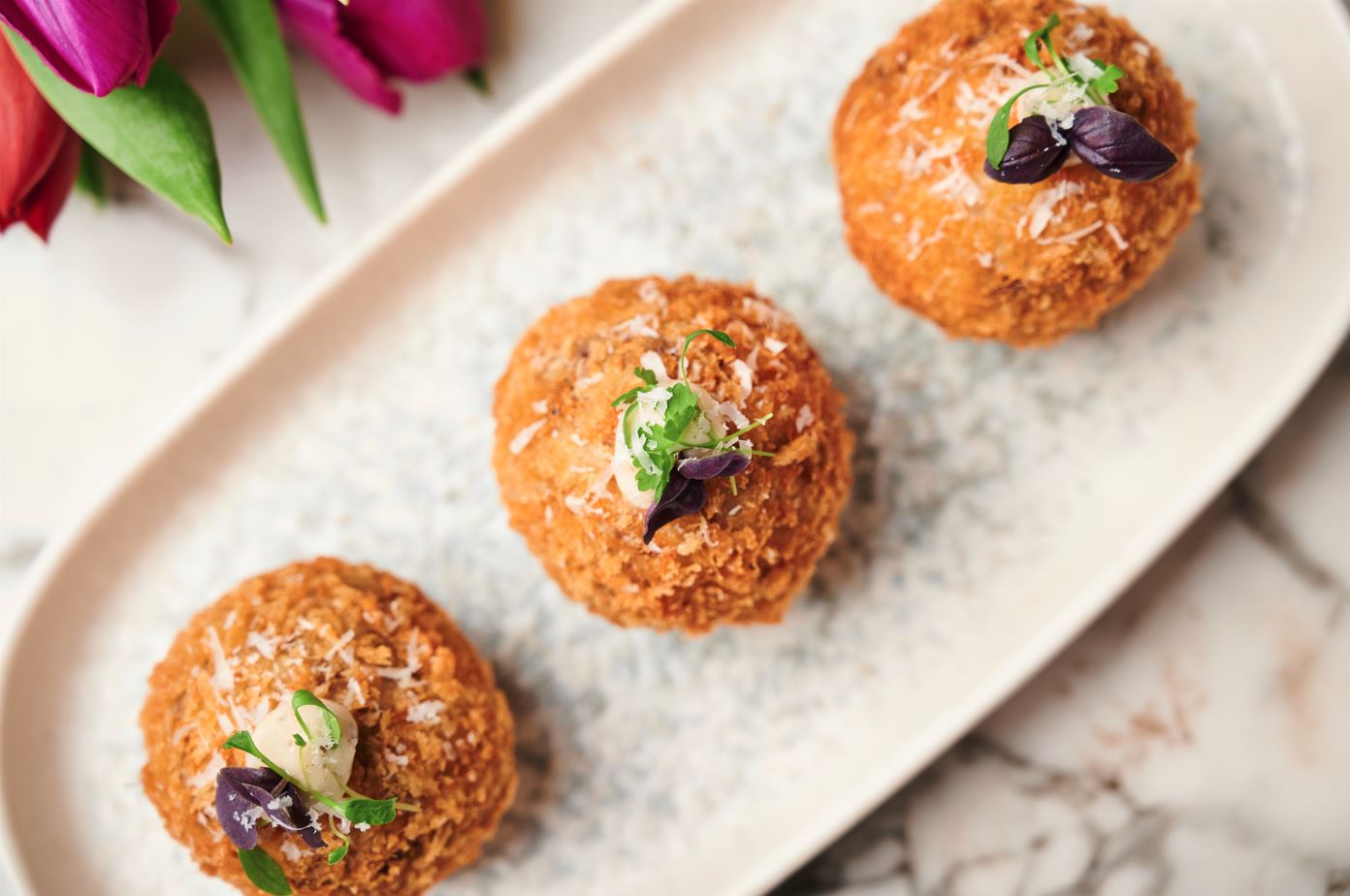 We loved the taleggio and pea arancini, a melting new season take on this traditional appetiser, but we were totally wowed by the courgette flower fritti which was amazing and you must go and try this dish.

It looks so pretty but every bit is edible and incredible as the fragile flower is stuffed with a mix of buffalo ricotta and wildflower honey. Somehow it mimicked lemon meringue with its lightness of touch but with the green burst of courgette cutting through.

Other new dishes, which sadly we didn’t get to taste but will go back for, include rock oysters with lemon and shallot vinegar and asparagus, poached Burford Brown egg with pecorino cheese.

A ray of sunshine 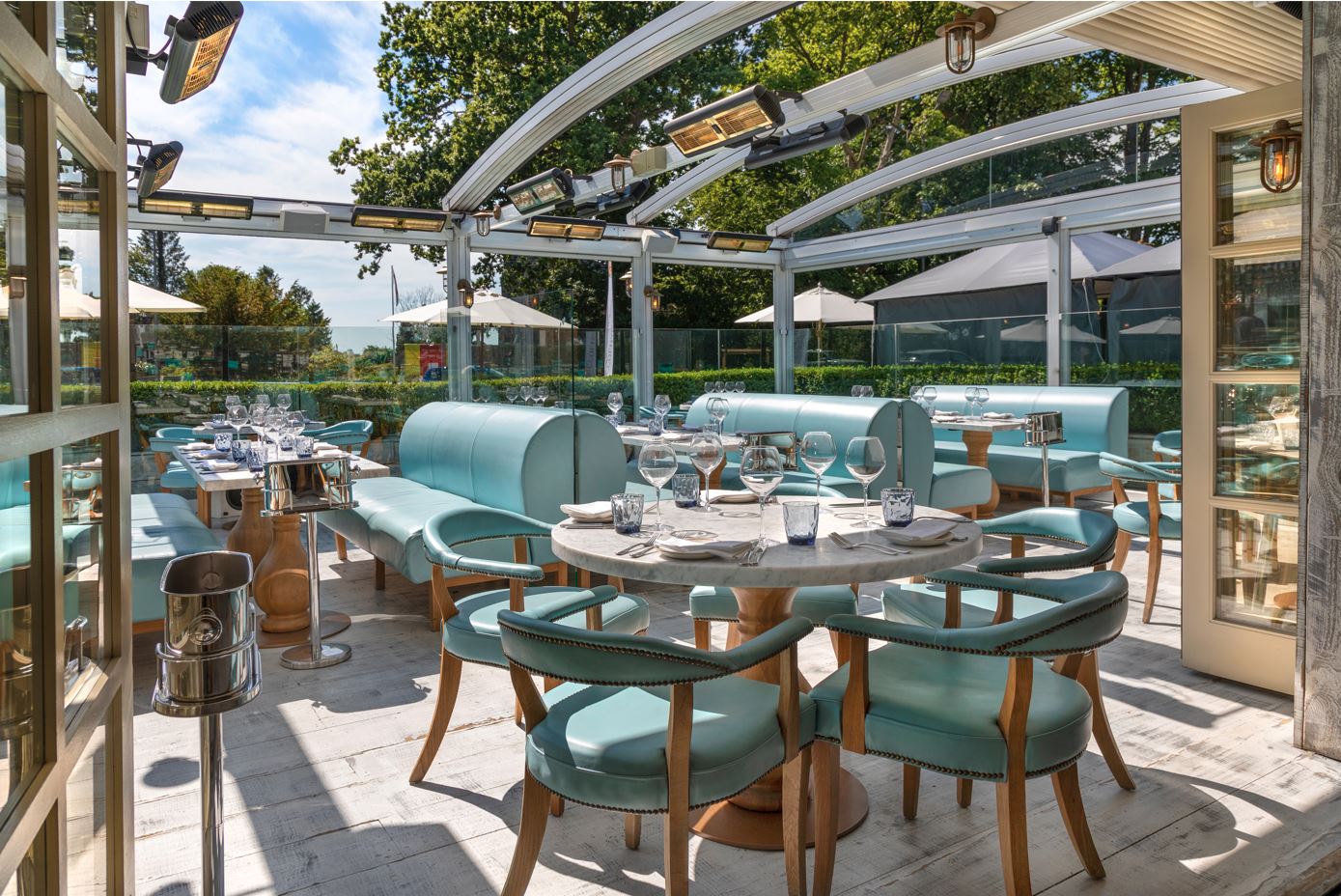 Outside terrace at Luciano, Alderley Edge.

Following, and promising to serve as the perfect accompaniment to a sun-kissed afternoon on Luciano’s impressive all-weather terrace and soon to launch piazza, is a range of beautiful crisp salads including the Loch Duart salmon with broad bean, spinach and citrus dressing, spinach, tomato, avocado, chestnut mushrooms and crispy guanciale and grilled broccoletti and asparagus with grapes, chickpeas and warm croutons.

A dish that never comes off the menu but has seen a tweak for spring is the one of Gino’s favourite dishes, the classic vongole spaghetti with clams, cherry tomato, garlic, chilli and parsley.

Perfect for the warmer weather to come is a risotto primavera with fresh asparagus and peas, folded through with the creamy risotto rice and finished with dolcelatte cheese, pecorino and a touch of butter. 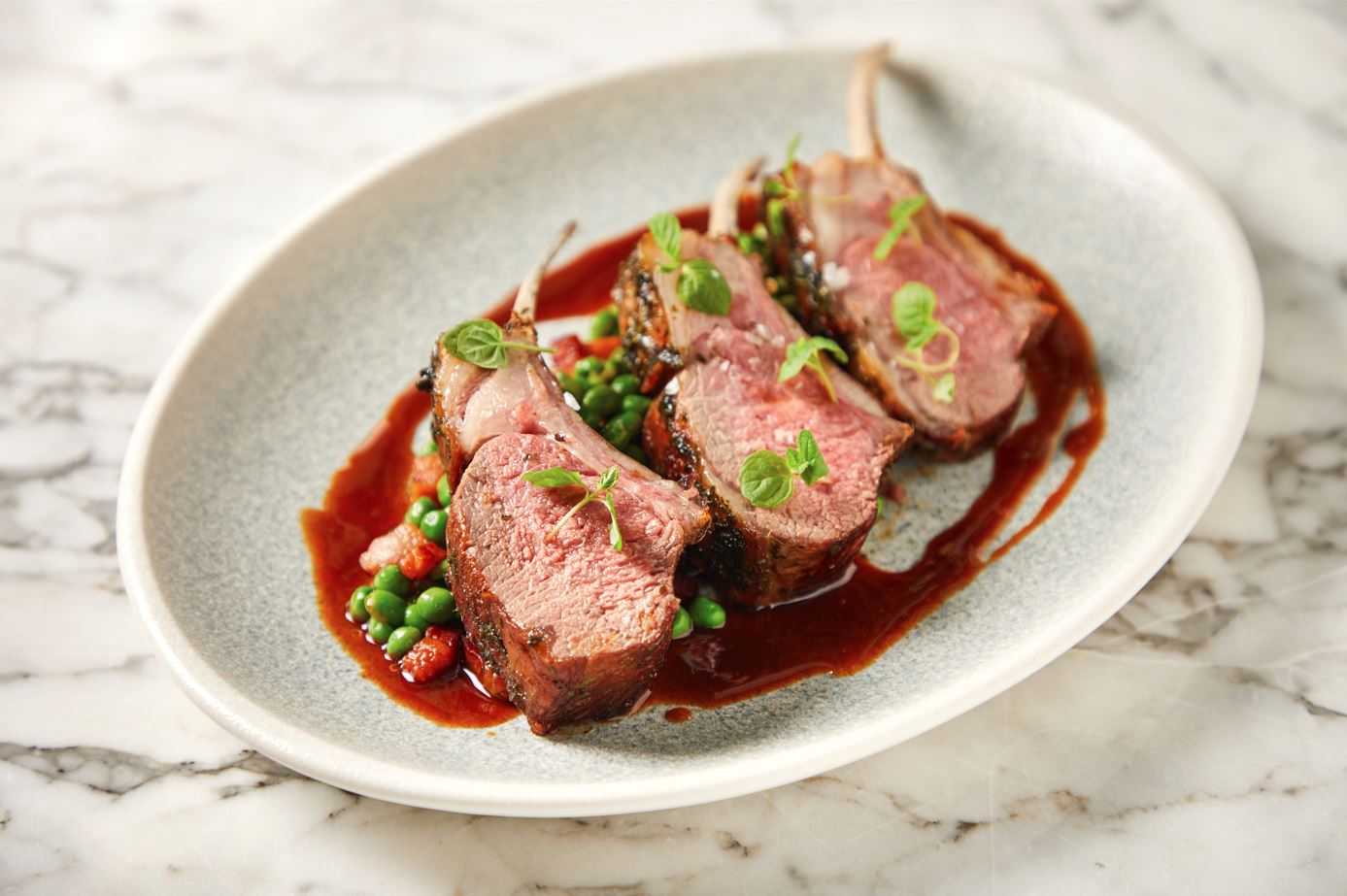 There’s two new seasonal dishes to the meat options (mains are from £13) including a rack of lamb with peas and smoked pancetta that we got to taste. This was gorgeous and succulent, a juicy bite of Spring in your mouth.

It’s probably worth saying here that Gino’s philosophy is very inclusive as he caters for free from customers too and is passionate, they enjoy the same superb quality with plenty of vegan, vegetarian, gluten-free options available and they will endeavour to recreate any of the dishes in free-from form.

We didn’t get to try it but there’s also a gorgeous sounding new succulent half chicken breast and leg, marinated, poached and roasted along with charlotte potatoes, bay leaf, red onion, lemon and rosemary, served straight from the pizza oven with chicken jus on the side. Bet your mouth is watering.

Those who enjoy seafood will love the show-stopping grilled lobster in Catalana sauce, which is fresh lobster, simply brushed with butter and baked before being topped with a fresh cherry tomato and red onion salsa and served with a fresh mixed leaf salad on the side. 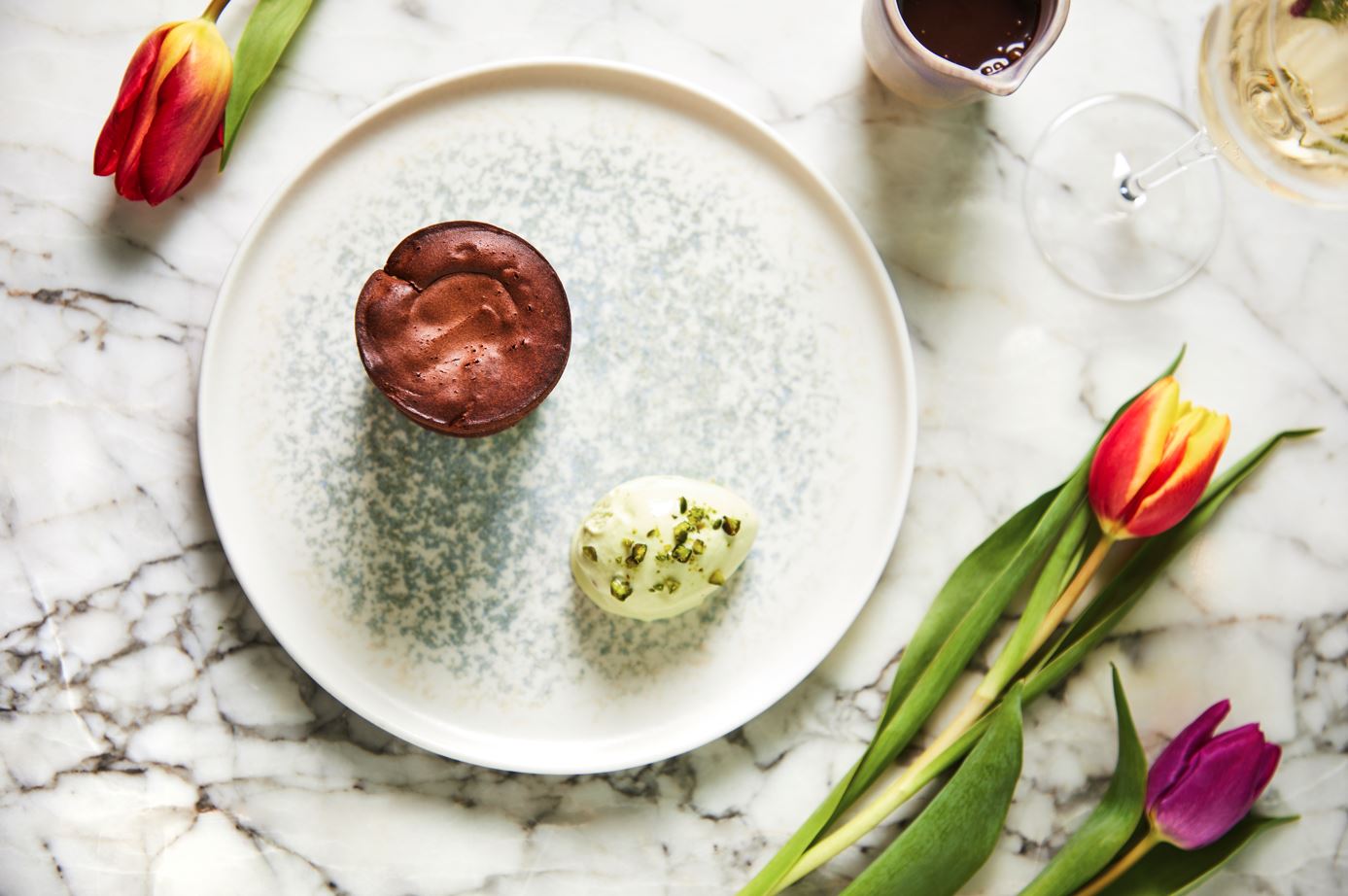 A seductive selection of desserts.

Last but never least, is a selection of new desserts including Nutella pizza fritta. This is heaven for chocolate fiends as we got to taste it and basically its fried pizza dough filled with mascarpone and topped with Nutella. What’s not to like.

Gino’s new Spring menu at Luciano’s is a triumph and you should go down to try it as soon as possible. The value for money in April is great too for this standard of fare and there are lunchtime and early evening set menus for £30 pp for three courses. 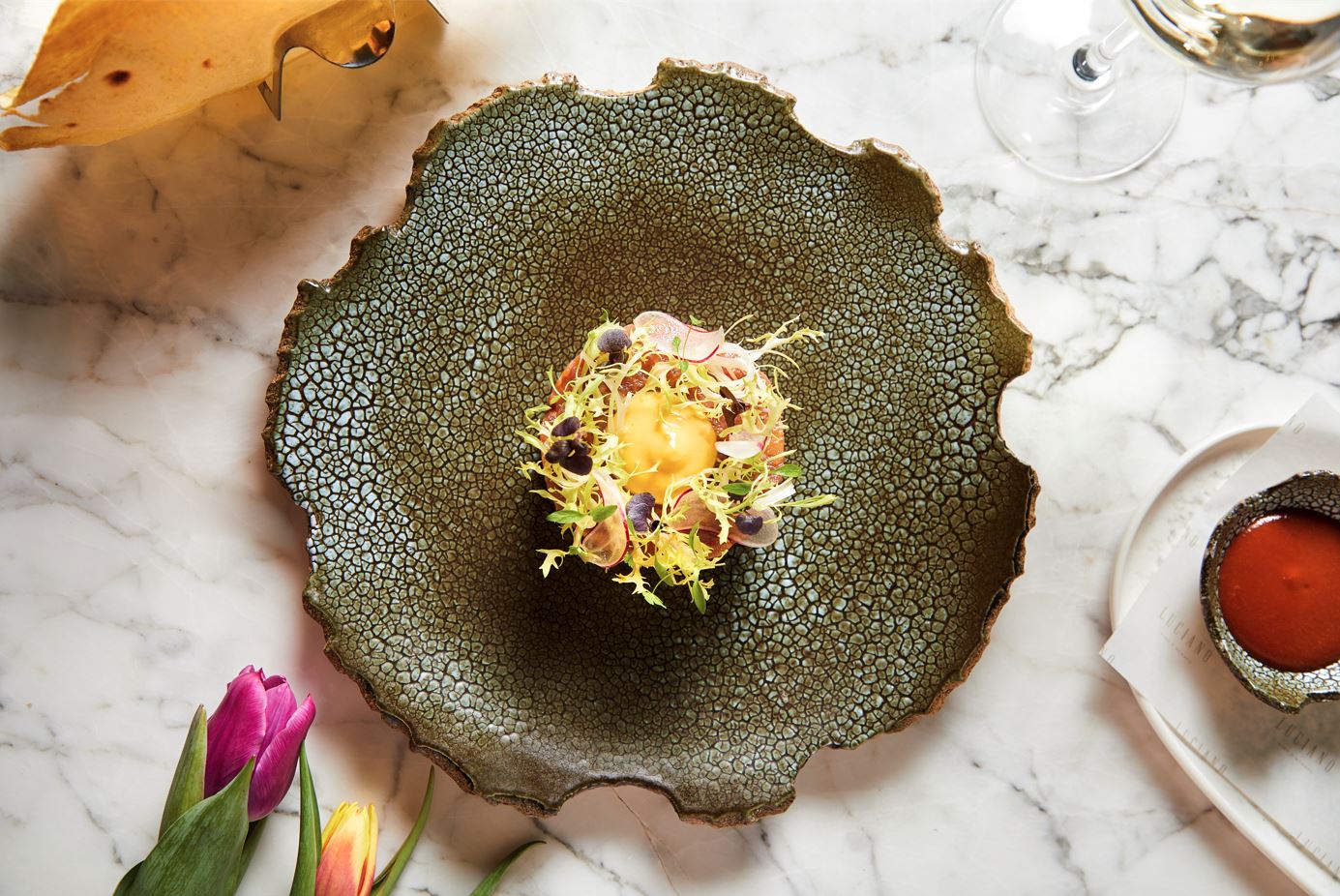 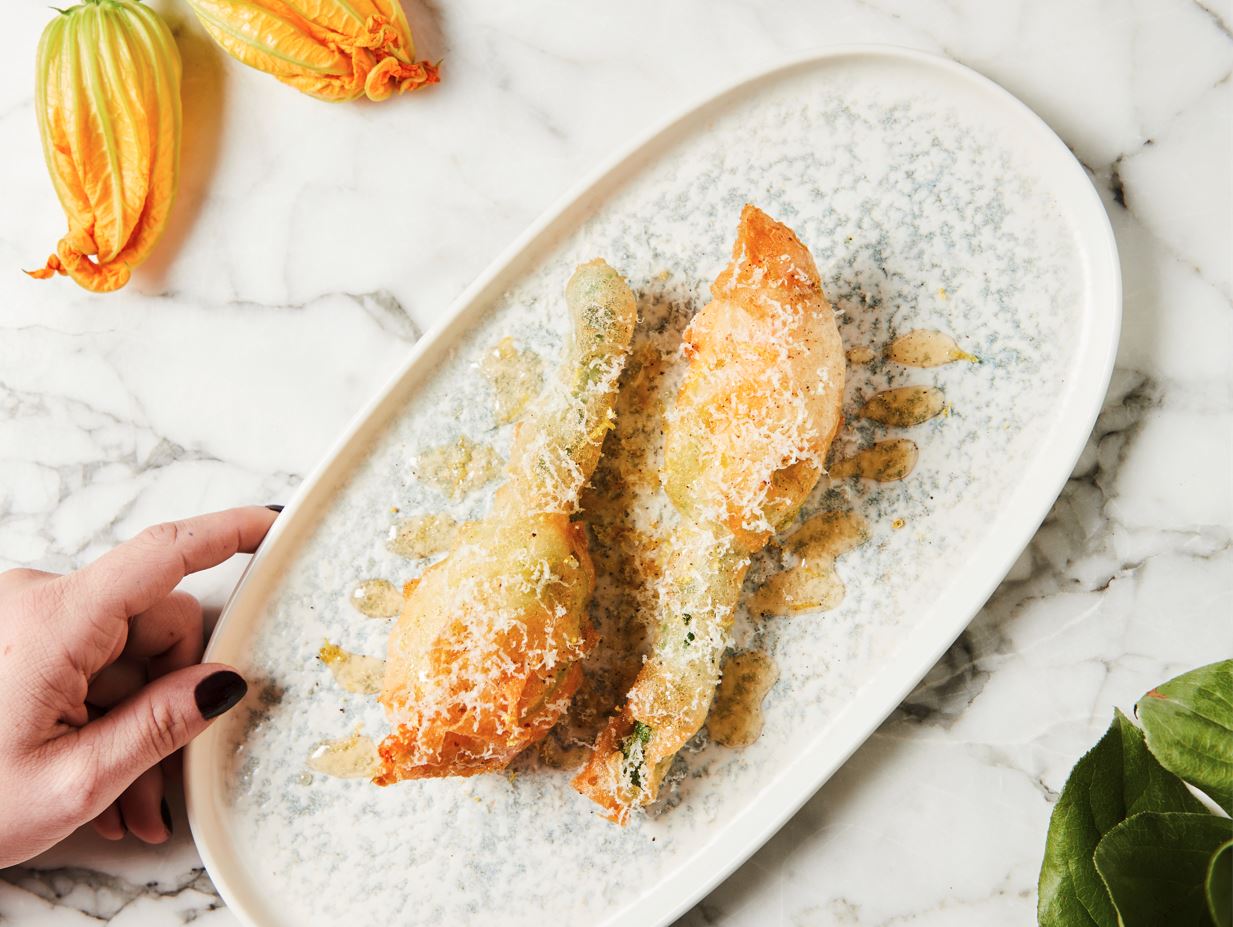 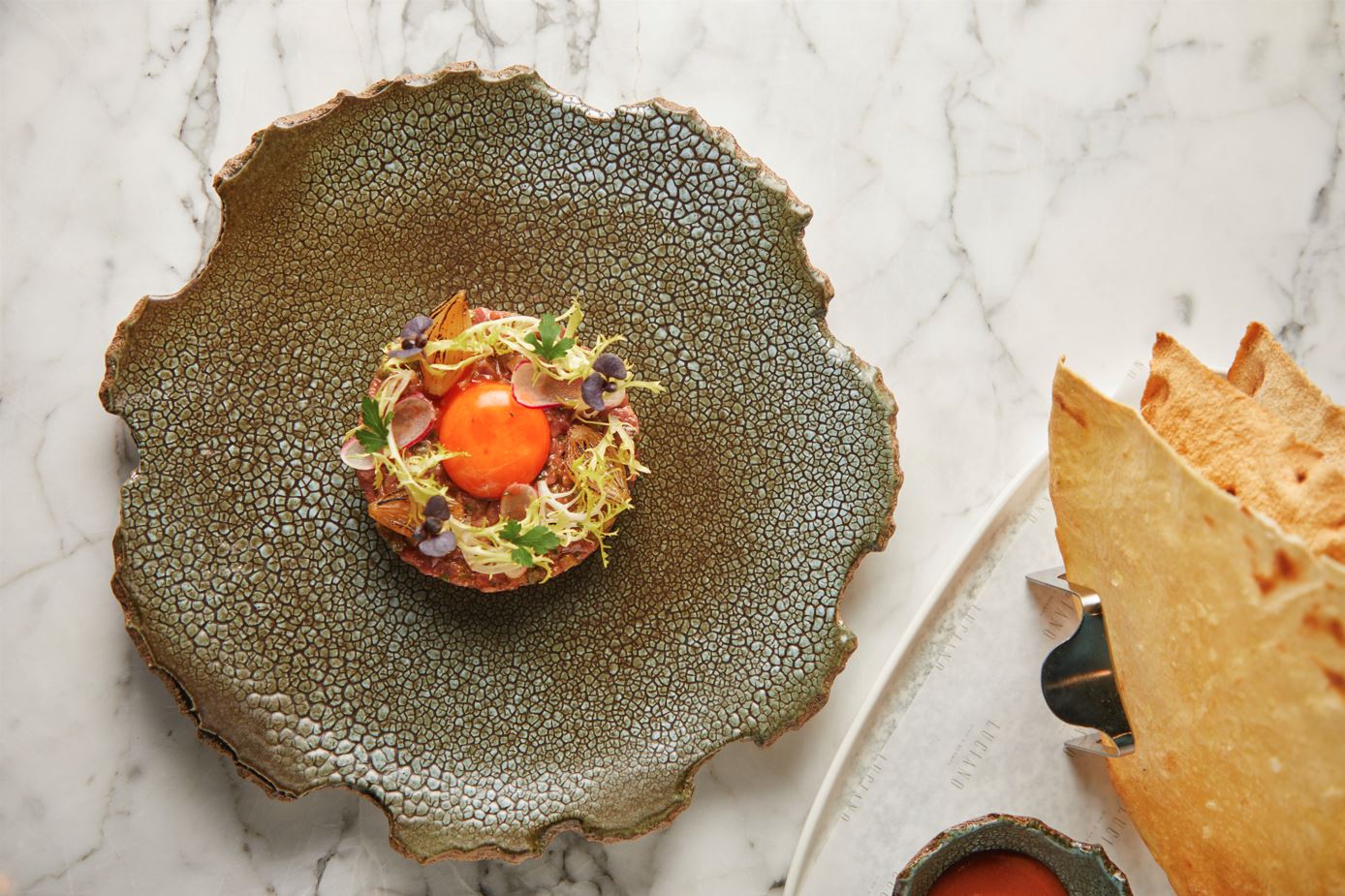 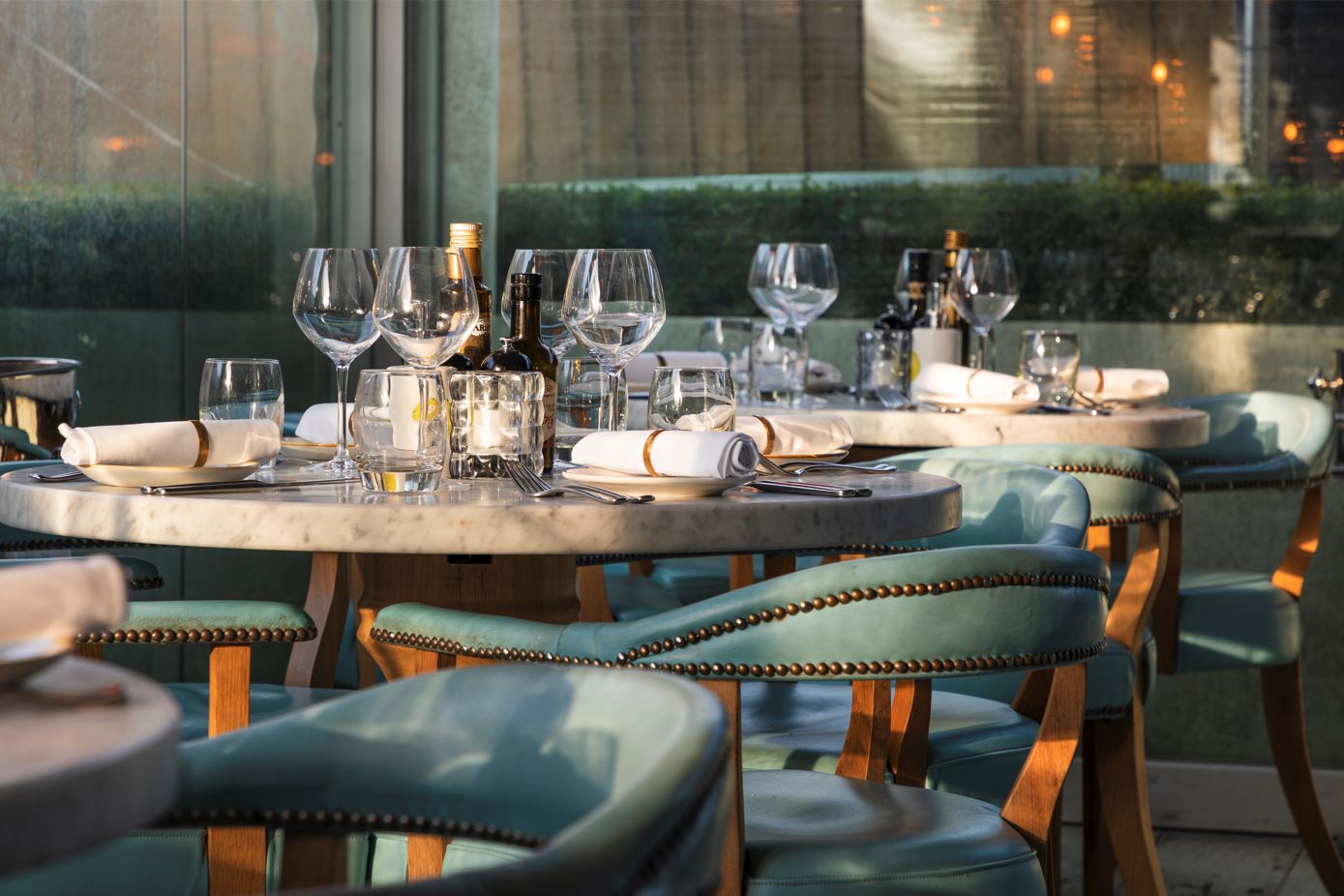 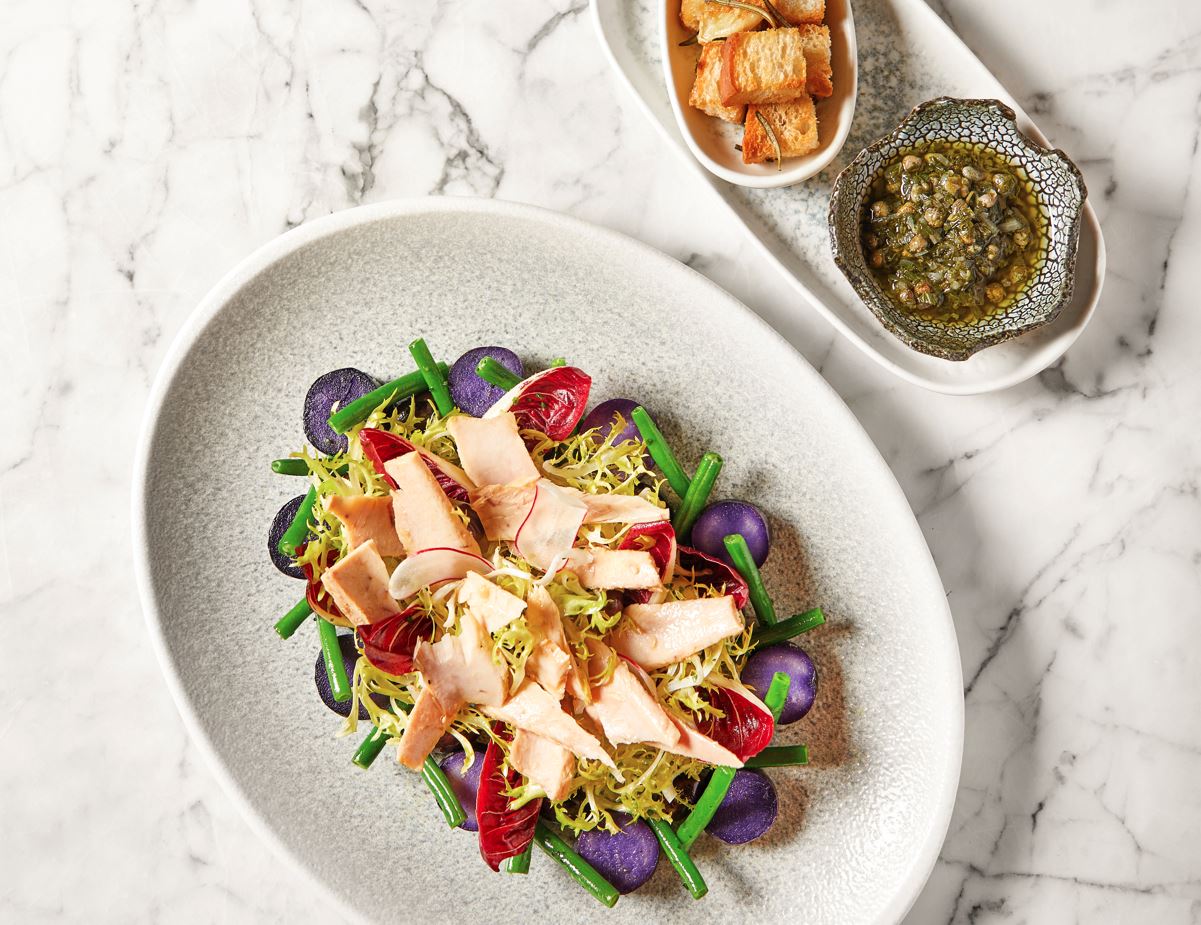 For further information or to make a reservation, get in touch with Kelly.whitters@lucianobyginodacampo.com / 01625 599 995.