Gino offers an Italian Escape in the Corn Exchange 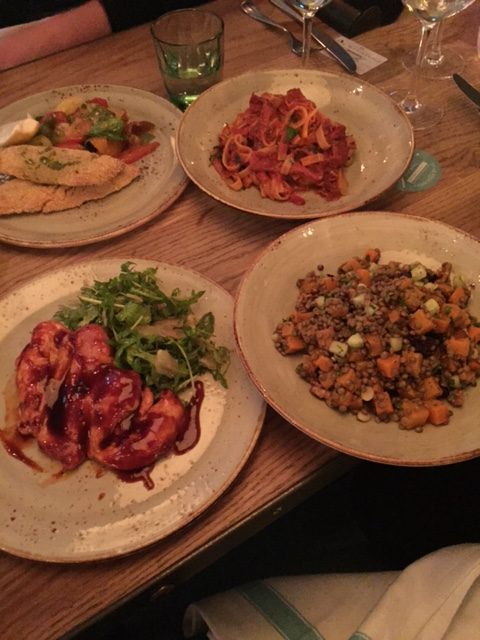 Gino, named after and owned by the TV chef Gino D’Acampo, had sort of passed me by in the fanfare of openings at the Corn Exchange and in fact I think part of me had dismissed it as one of the ‘sleb eateries that never really see sight of the said celeb.

In fact the reality is the bubbly presenter is heavily involved and this is the second of his restaurants with another set to open in Leeds next month.

It’s in what was Zinc and you walk into the bar area which offers obviously drinks but also a range of charcuterie, with many familiar and authentic Italian waiters bustling with the cheerful crowds.

The dining room is massive with tiffany blue booths and an open kitchen so you can see the food prep and has a nice buzz about it as well as great service. 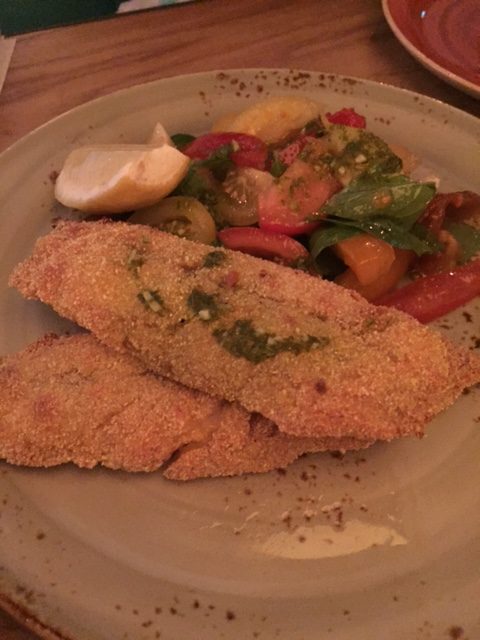 We were there to try out the dishes that Gino has been making on his new ITV show Italian Escapes which airs every Monday at 8pm and in fact they are screen it every Monday if you want to bob down for supper and a free glass of fizz.

The menu looked great and we started with a Fantastico, a huge sharing platter that could feed an army and was full of gorgeous goodies, from mozzarella that was sublimely smooth and creamy, fantastic pecorino and wonderful meats and pickles. It’s just over £20 but well worth it for the flavour and if you like that picky type of eating which we do. I reckon it would easily feed four peeps. 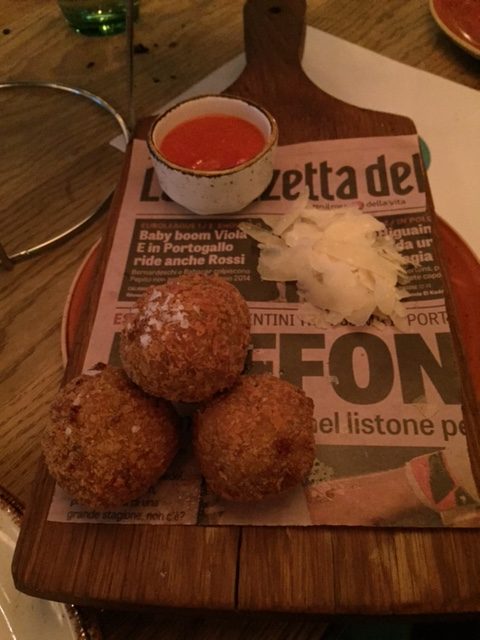 We also got a side of arancine, crispy mushroom risotto balls that were just fabulous and had Sam in raptures.

Then we went off menu to sample three of the dishes that Gino has created as part of his show. 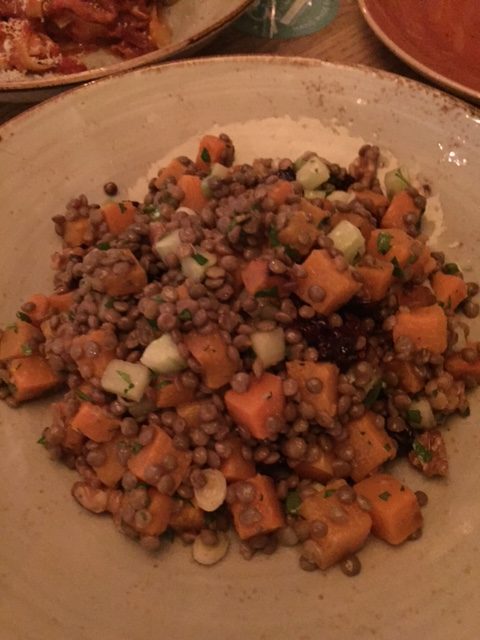 The big surprise here was how much I enjoyed maceral, not at all the oily, bony and slightly stinky fish I think of but battered lightly in polenta and swamped with lemon for a delicate and gorgeous taste.

A butternut squash salad had us at first saying ‘so what’, but this was a dish that kept on giving as every time you delved into it new flavours and textures burst on the tongue. A rich tomato and smoked ham pasta dish also had us in thrall with its smoky meaty tang that we all adored. 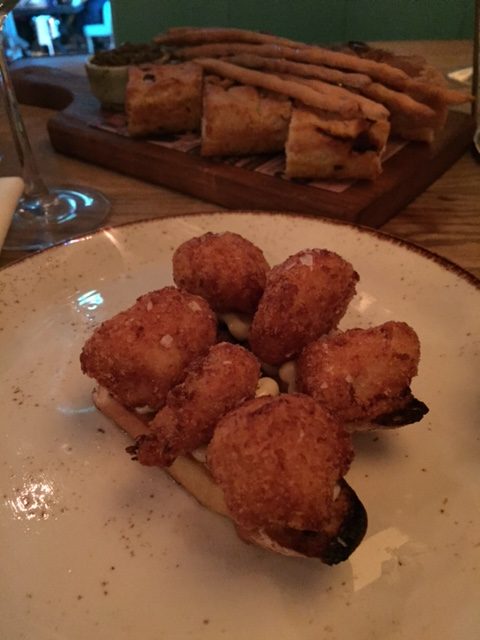 We literally couldn’t eat any more so I can’t say anything about puds but it was great cooking so do pop down on Mondays if you fancy a bit of Gino.

For further information and to book a table click HERE.

Viva verdict: Gino will surprise you by the quality and taste of its dishes in a bustling venue with great service and very reasonably priced.