Give Us A Tone: E.M.A Chats To Belgium DJ And Producer Toon De Geyter

One afternoon chilling down at La Brisa beach club in Bali I came across Tone aka Toon De Geyter, the DJ export from Belgium, playing some Balearic beats into the sunset.

Now based on the Island of Gods, the multi-genre DJ/Producer has over 18 years experience specialising in electronic music.

I managed to grab a chat and a beer with him before his Sunday night residency at La Brisa, here’s what Tone had to say…

E.M.A: Originally from Belgium but you moved to Bali a couple of months ago, tell me a bit about your life before Bali.

Tone: So when I was 8 years old I was doing some classical piano music then when I turned 17 years old I discovered electronic music and bought my first turntables. I then started putting on parties and also started working in a music shop called Music Man plus I was djing all over Belgium but then things started to change in the music scene, I lost my job at the record shop and got a sales job for a while.

But I wanted to get back into the music professionally at 100%, I came to Bali and liked the vibes here and saw there were a lot of opportunities for DJ’s so I decided to give it a shot and moved out here. 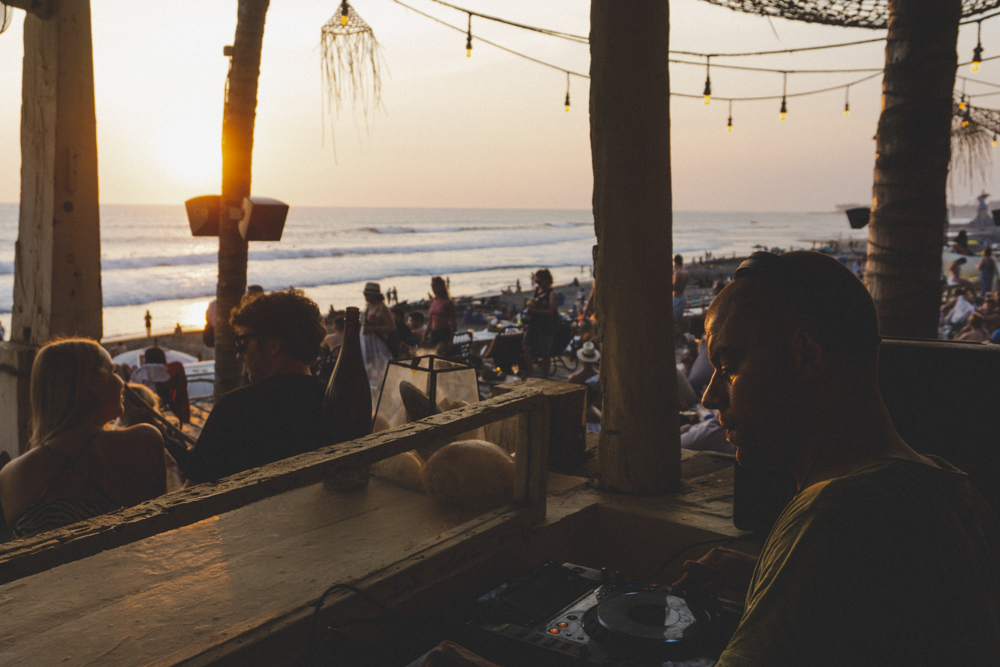 E.M.A: You mention the music scene changed back home in Belgium, in what way?

Tone: It’s a new generation. My generation went to clubs every week to discover new music and to see DJ’s. Now with all the big festivals, you can see countless DJ’s in one day so people want to save their money for the festivals instead of going out to see 3 or 4 DJ’s in the clubs on one night.

E.M.A: Belgium is known for their big festivals, such as world’s best festival’ Tomorrowland & the ‘biggest indoor festival’ I Love Techno, did you played there ?

Tone: Well yes, actually in 2011 I opened the I Love Techno festival with Carl Craig & Laurent Garnier, after winning Belgium’s biggest DJ contest that year. And Tomorrowland is really one of the best festivals I’ve ever been too.

E.M.A: Wow that’s a dream of mine to one day play at Tomorrowland I’m in awe of you!

I know you mention to me, when we first met, that moving to Bali you have changed your style of music. So what did you use to play and what are you playing now?

Tone: I’ve always been known as a Techno DJ, I used to play a lot of deep and dark stuff but coming over to Bali I noticed people like the dreamy good vibe tunes, sunset vibes and it’s changed the perception and direction I’m now going in my DJ sets and the tunes I produce.

Check out Tone’s latest Bali mixes: Mixes From the Island Of Gods…

E.M.A: And how has it been for you over here getting work, being one of the new kids on the block?

Tone: The first month I was just heading out every night checking out the scene and figuring out where I could  play. I had been down to La Brisa a few times and really liked the vibes and scenery, so I made a dedicated mixtape that I thought would work in this beach club, then got in contact with the Music Manager, he liked the mixtape so much he offered me a residency every Sunday.

I also played for a while at Café Del Mar, and recently at a new concept ‘Sputnik’ which is born at a new place called ‘Neverland’ where I am resident every month.

I am very picky on gigs, as I don’t want to loose my focus on digging and creating new music every day to make sure every set is unique including fresh music.

E.M.A: And your also producing the La Brisa radio show, tell me a bit about this?

Tone: I started this radio because I realised we have a magical place at La Brisa with some really great DJ’s and I wanted to promote this out worldwide to people. You can listen on Soundcloud and Mixcloud (Search La Brisa Radio) and on Spotify.

E.M.A: You also produce music and have some releases coming out some, exciting times what can we expect?

Tone: Yes I have 5 tracks coming out over the next few months, I can’t say which labels yet, but I’m super proud to be signed by them all, one is from Berlin, Macedonia and Argentina.

The tracks are inspired by my move to Bali and the vibes here, so that kinda tribal, dreamy, progressive sound. First one will be out in April. 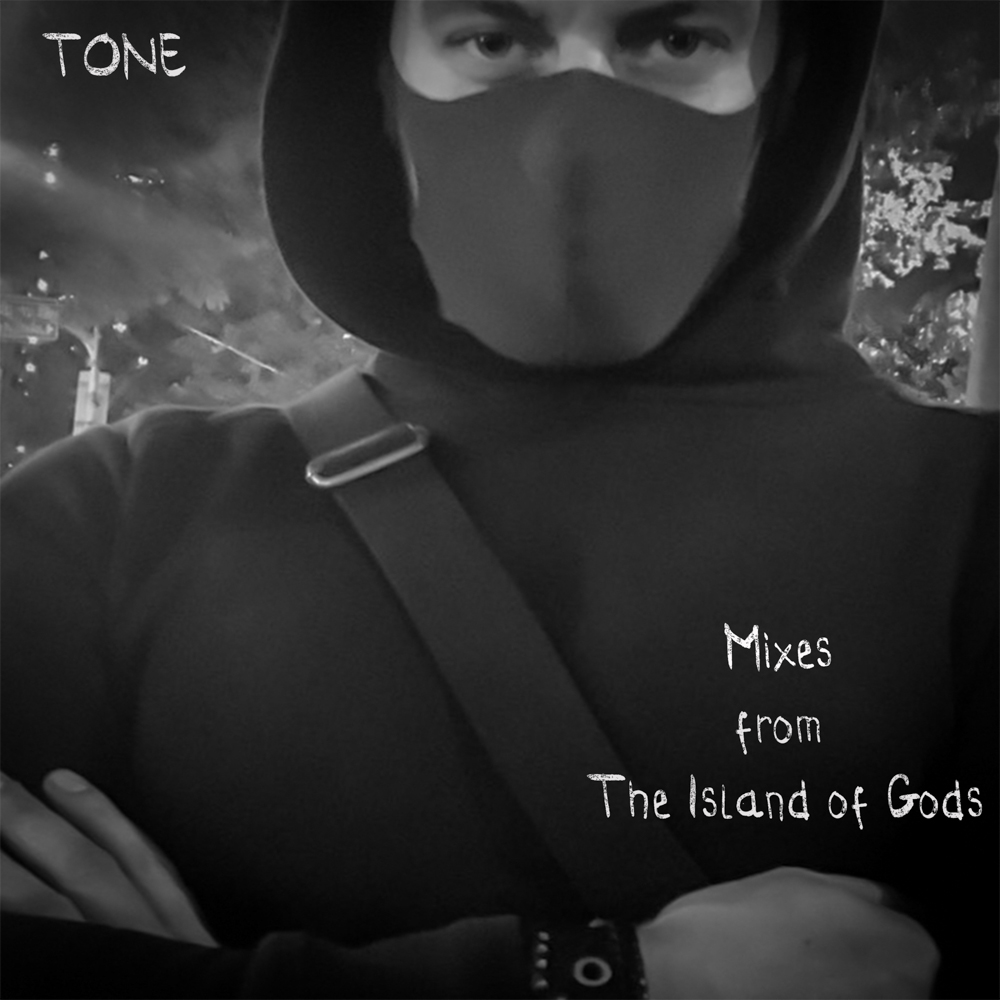 E.M.A: Great I look forward to hearing them. So what’s your plans for Bali, are you going to be staying here long term?

Tone: Yes I’m pretty sure I’m going to be staying here for a while now, I love the vibe, nature, the food the great people I meet here. I also play at 18 TC in Taiwan a couple of times a year so it’s nice to get out to city life once in a while.

E.M.A: What do you miss about Belgium?

Tone: Of course my friends and family but that’s about it haha!

E.M.A: What’s the best party you’ve been to in Bali?

Tone: There are so many good parties happening here at jaw-breaking locations. We have amazing parties at La Brisa, such as the last Boiler Room and I saw Richie Hawtin at Potato Head which was amazing, I never thought I would be seeing Richie play whilst I’m standing in a beach club with a cocktail in my hand, it was so fun!

E.M.A: What advice would you give to DJ’s overseas coming to Bali wanting to get on the DJ scene?

Tone: First thing is to make sure you get the KITAS work visa this is really important. Then I guess just be yourself and stay humble. Musically be creative and don’t play what other people are playing, a good DJ plays what people know and want to hear but a great DJ plays what people should know!

Also take a listen to E.M.A’s latest Party Palace sesh with a guest mix from Tone