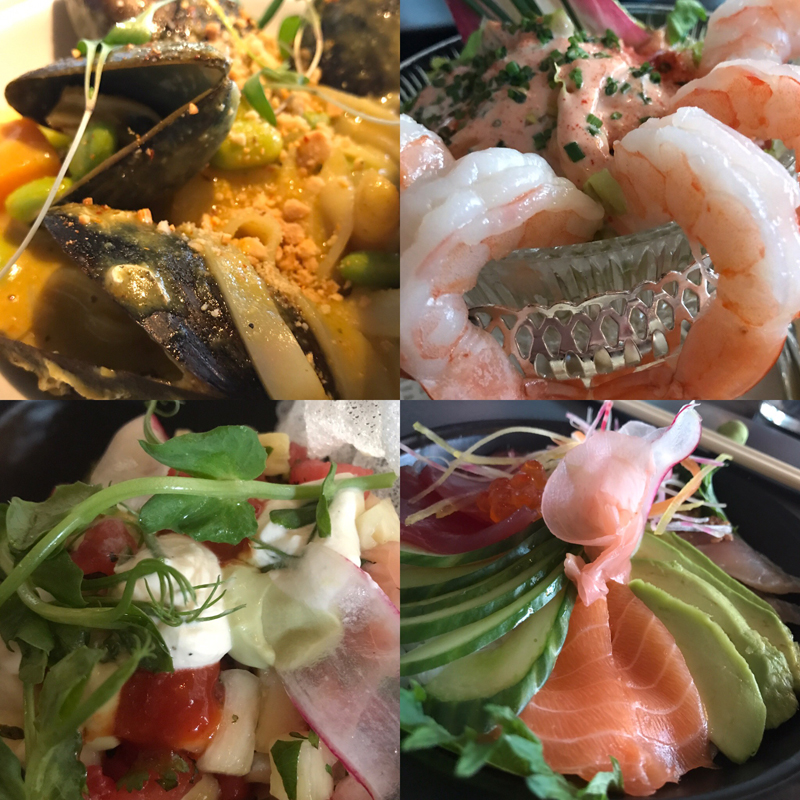 The original VIVA squad were all back in the UK, at the same time, altogether for once, so we decided it was time to do some damage at the latest offering from Living Ventures, Grand Pacific which has taken over the old Room restaurant on King Street.

It started life as the terracy bit at Australasia where VIVA Ems was waiting patiently for us until she realised she was in the wrong ***** place and hotfooted it, in HEELS, to the eatery’s stunning new abode.

It’s lush and jaw-droopingly pretty. Mind you it’s always been a lovely room, even when it was Room and whatdoyoucallit before.

The menu is still a little pan-Asian but it’s more your traditional starter/mains and puds than the small plate sharing kind.

It’s also got dishes all of its own, soon to become favourites. Starters are from a really reasonable £6 and my seafood Laski was delicate with a beautiful citrus yoghurt that you can either add to the soup or dip bits into, whilst a deconstructed sushi bowel with the rice underneath was, as you can see, as pretty as a picture and in the words of VIVA Ems took sushi to another level. 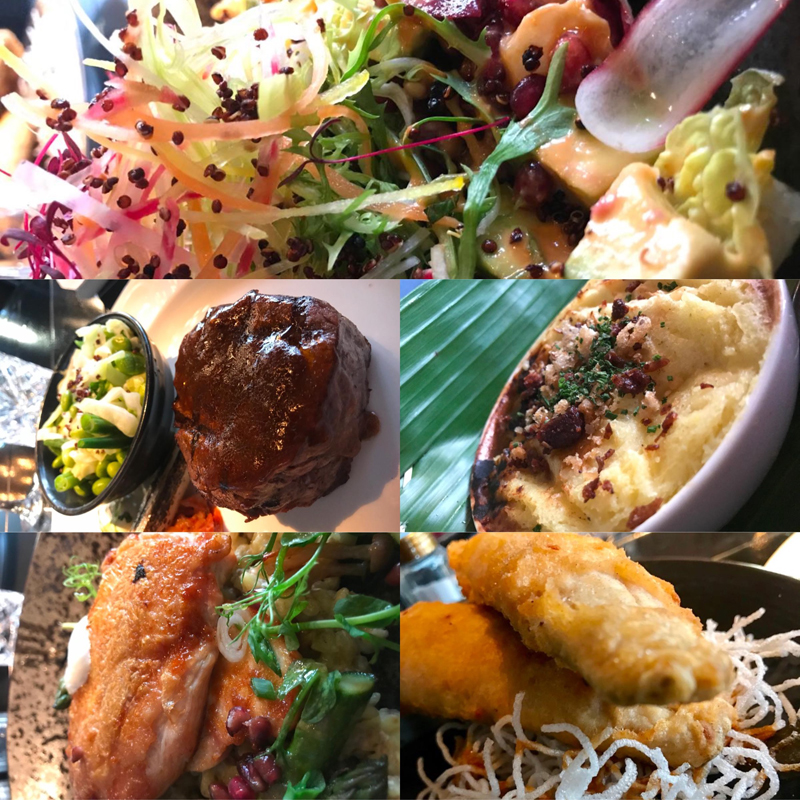 Sam, who was on leg day (groan) ordered prawn cocktail which looked splendid, like the ones in American sitcoms where the prawns dangle around a glass bowel but was a little wishy washy, while his second starter (just greedy) of Gado Gado needed more peanut sauce, in fact we reminisced about the huge ones you used to get at the now defunct Ning. It was still good though and Andrew’s Thai fishcakes more than made up for it as they were fiery little devils of flavour.

Onto mains (from £9.99) and the standup, standout winner was Andrew with his seabass tempura. This was two huge fillets that could even fill Sam up (probably not) in the most delicate, flavoured batter that true to cliché melted in the mouth. A triumph and top tip, if you’re hungry but not Sam, you could order this for two and share it with a few sides.

Next to deliver serious food envy was VIVA Ems’ duck cottage pie which sounds wrong but tasted so right, fusing a five-spice duck with mash that was just incredible. 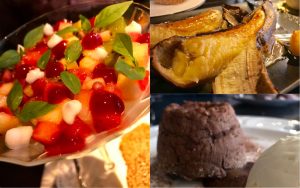 ry course – relished a chicken supreme needless to say no-one else got a look in mind you we did nab some of his pork balls which were juicy and delicious. I’d opted for a fillet steak and oriental greens, a bit of a boring choice but just what I fancied and cooked beautifully.

Then it was our just deserts (from £4.95) and OMG a salted caramel choc pudding oozed a lava flow of liquid that just took you to another place and was the perfect fanfare for some fantastic nosh.