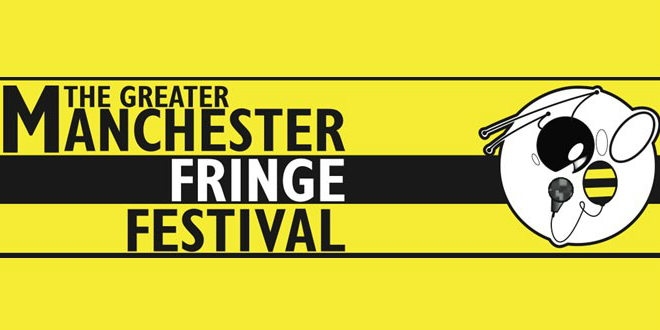 The Best Comedy award was won by Ria Lina for her show Dear Daughter, which has now gone on to Edinburgh Fringe.

People Zoo Productions won the award for Best Newcomer after entering three shows at Greater Manchester Fringe 2016 – Senseless Romance by Gavin Shankland, an adaptation of Franz Kafka’s The Trial and The Horse Show.

They also scooped the award for Best Adaptation/Revival for The Trial, which is also going onto Edinburgh Fringe.

Best Spoken Word was awarded to Geoff Winde for Money Is As Innocent As The Sun.

Most Innovative Use of Space was awarded to From The Mill Theatre Company for their staging of I’m Standing Next To You at Twenty Twenty Two. Their interactive performance explored themes of social media, loneliness and isolation.

Best Venue was awarded to Chapter One Books on Lever Street in the centre of Manchester, which has an indoor fountain!

David Chriscole won Spirit of the Fringe for attending 24 shows in 38 days, tweeting his progress and photographs.

Greater Manchester Fringe 2016 was bigger and better that ever before with more than 5000 pre sold tickets sold online – some pre sales from as far afield as CHINA!

By July 25th TWICE as many advance tickets as last year with even more sales on the door – and some of our audience decided to watch two or three shows in a day.

More than 100 individual events were registered with more than 330 performances over 38 days at 31 venues. An incredible 75% of shows sold out and the estimated attendance was in excess of 20,000 people.

The awards were presented by award-winning actress and comedian Jen Williams at Soup Kitchen in Northern Quarter.

This year’s sponsors were Write For Stage Courses, who judged the new writing award and gave both winners a prize of publication.

Greater Manchester Fringe is looking for funding for 2017 so that they can keep supporting new and emerging talent in the North West and beyond.

Best Spoken Word: Money is as Innocent as The Sun

Most Innovative use of Space: I’m Standing Next To You

Spirit of the Fringe: David Chriscole