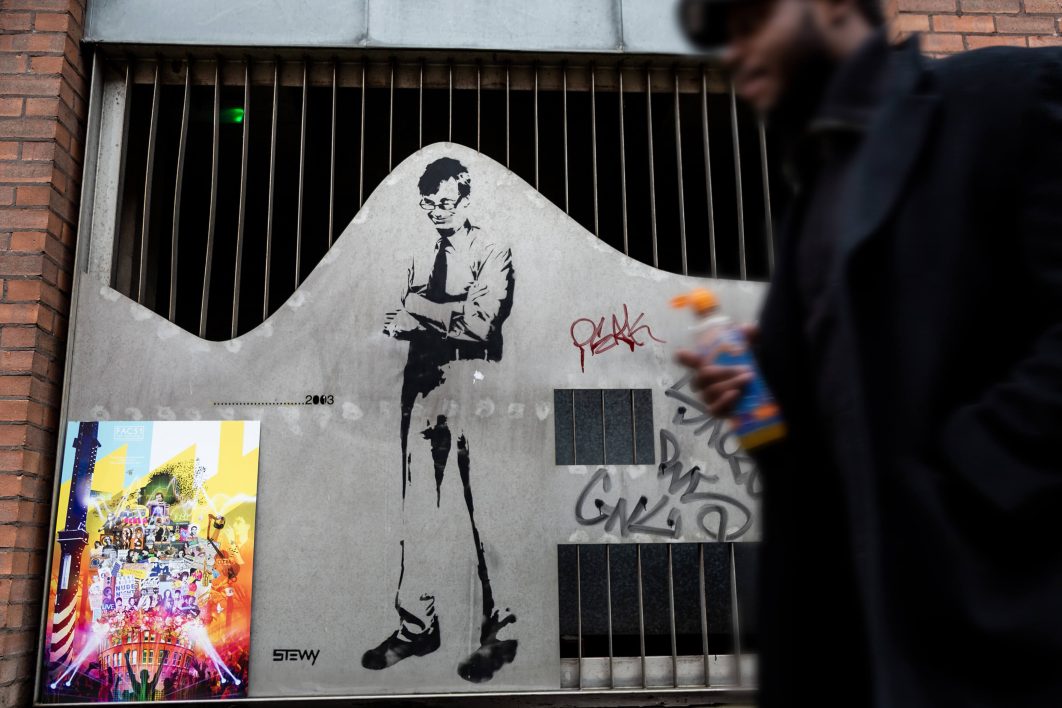 Taking its cues from the people, the performances, the nights and the music that defined the original Haçienda, “Retro5pect1ve”, is a limited-edition fine art digital print that celebrates the history of Manchester’s iconic nightclub.

The vibrant and exciting piece has been created by Justin Eagleton in collaboration with Peter Hook.

Anchored by one of the Haçienda pillars and the Whitworth Street West road-sign on the left, the intricately detailed artwork features many subtle references to the infamous nightclub as well as the wider Manchester music scene. Remembering famous performances and inspirational nights, the Haçienda staff, the club’s signature design style as well as the key characters, musicians and bands who came to make the club “the most famous in the world” has been illustrated in one place.

In celebrating the renown and respect in which the scene was held, Justin’s artwork captures the energy, spirt and impact felt in that era as well as the considerable affection which remains for the club today, not just in Manchester and the UK, but all over the world. 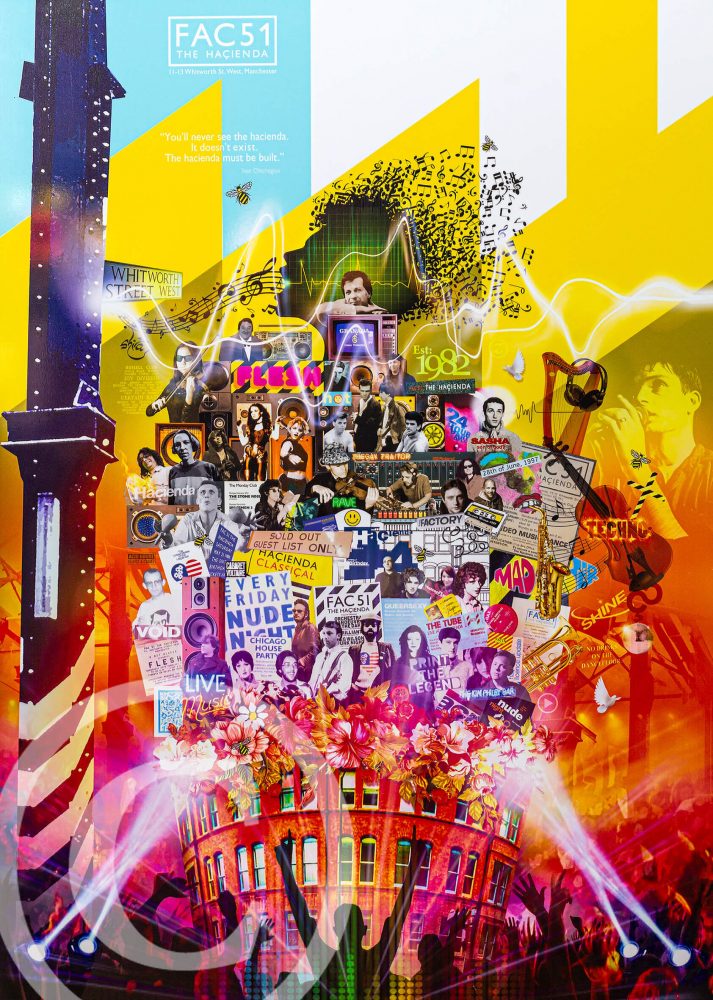 The fine art digital print comes in three editions and sizes which are limited to 501 being issued. The A1 editions of these collectable artworks come signed by Hooky and Justin and will be numbered in consequential order. A percentage of proceeds from sales are to be donated to The Christie.

Commenting on the “Retro5pect1ve” Artwork, Peter Hook said: “I’ve been a fan of Justin’s work for a long time actually. He is a really nice young man and I was very impressed when he did The Hacienda Bee the other year. He has managed to capture the very essence of The Hacienda family and the altruism which has shaped the club, from when it opened to entertain Manchester in the Eighties to the heritage it commands today.”

“It’s a dream come true to work with The Haçienda and a genuine friend and hero of mine, Peter Hook, on this creative collaboration. The Haçienda still means so much to so many people and to be given the opportunity to capture a moment in time was one I could not pass up. My hope is that everyone that went to The Haçienda sees an element within the artwork that transports them back to the music, emotion and love that they experienced inside its unique space,” says Justin.

Over recent years, Justin’s work has become much admired and increasingly high profile with his Manchester Haçienda Bee gaining him great attention as has his permanent mural at Printworks Manchester as well as a sold-out limited editions of Alan Turing and Emmeline Pankhurst. His artworks have raised over £50,000 for charities over the past eighteen months. 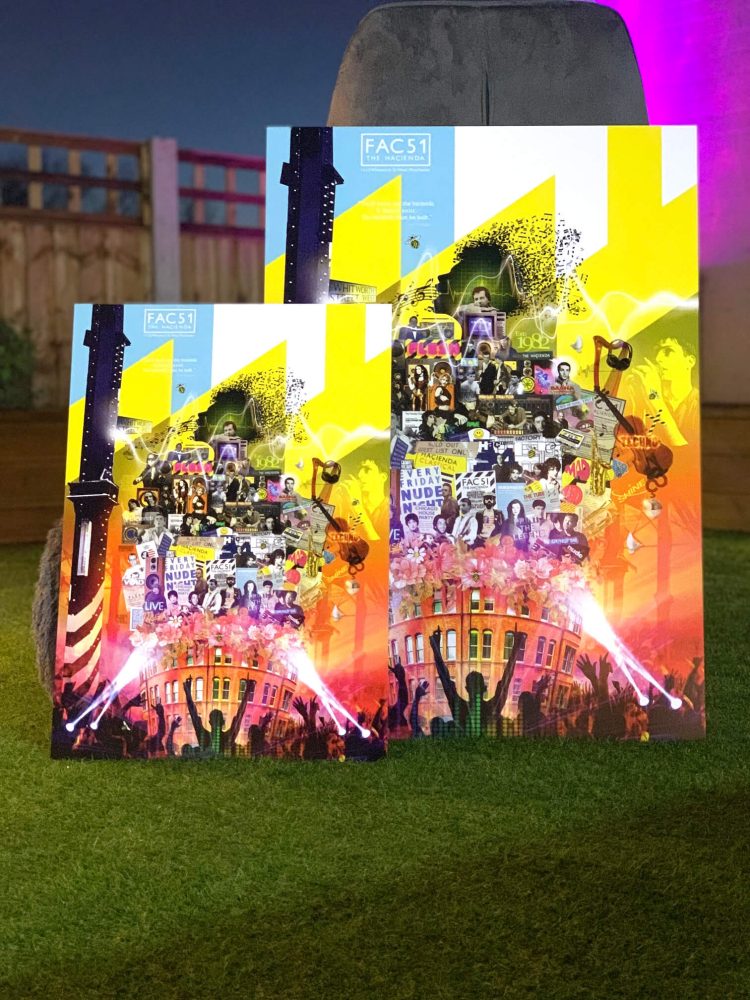 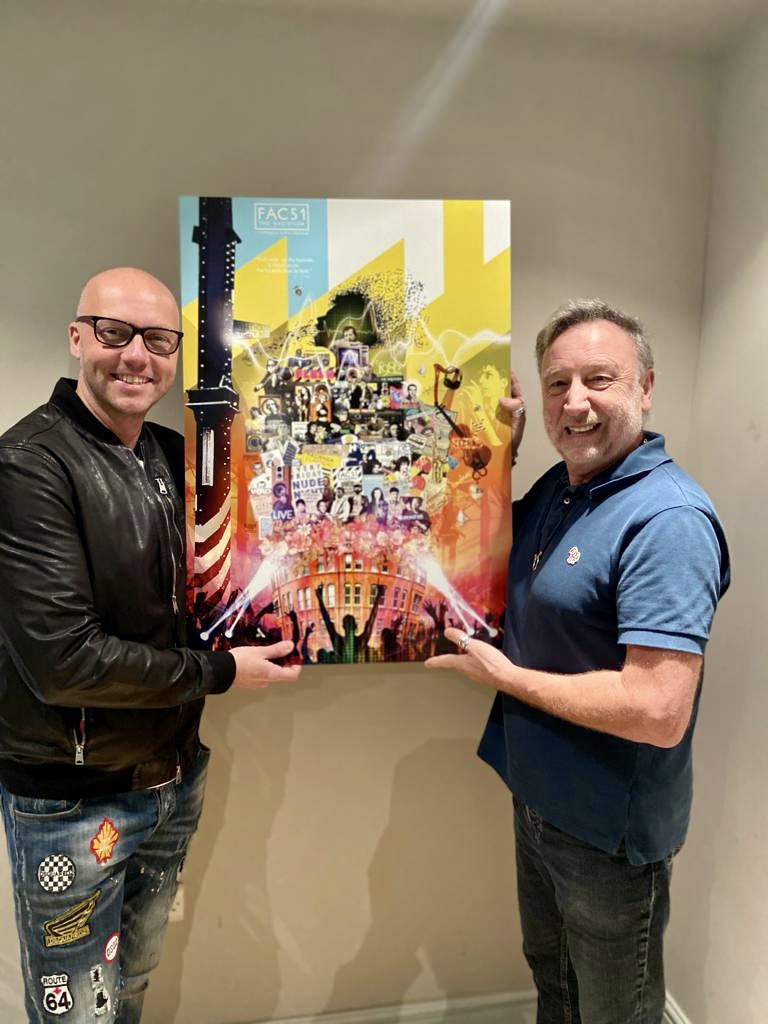 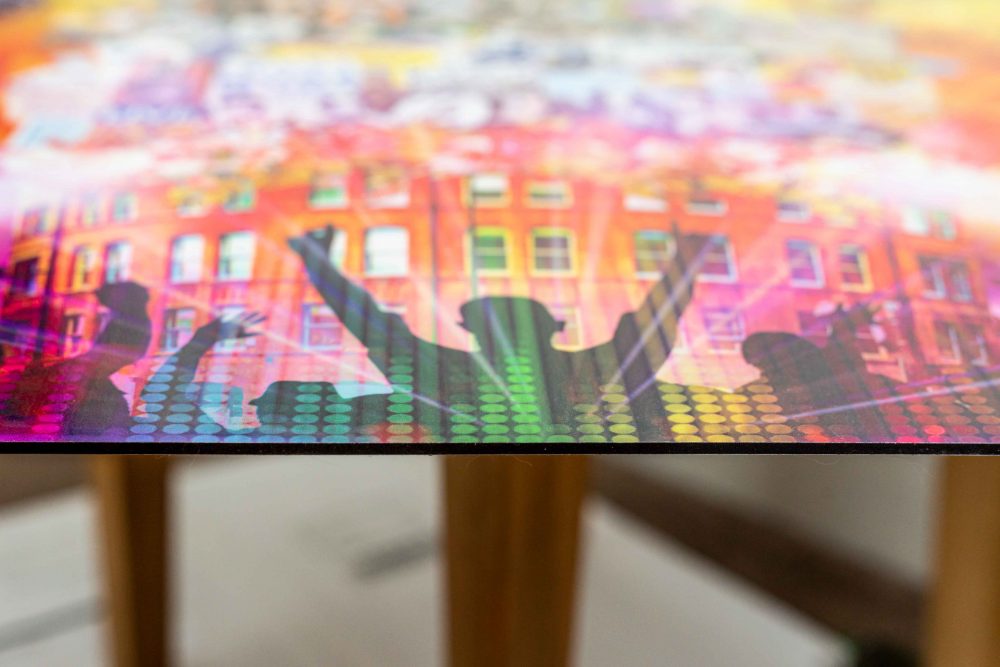 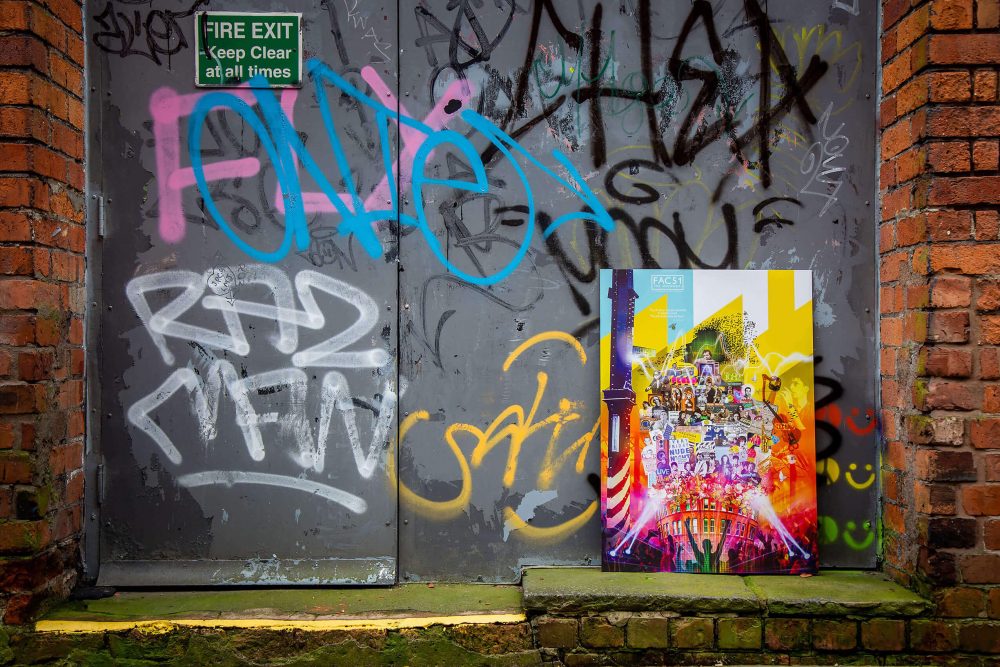