Hashtag Sexy Favours: E.M.A chats to The Cuban Brothers about orgasms, Glasto and Mr Nice – you have been warned!

Born out of the loins of seventies’ Havana, these soulful, sexy beasts are inspired by the Cuban culture making The Cuban Brothers one of the most entertaining, fun and outrageous bands I know.

And, they did not disappoint at their gig in Bali, where they hosted a wild pool party at the popular Canguu Beach Club; Tropicola where I caught up with them… 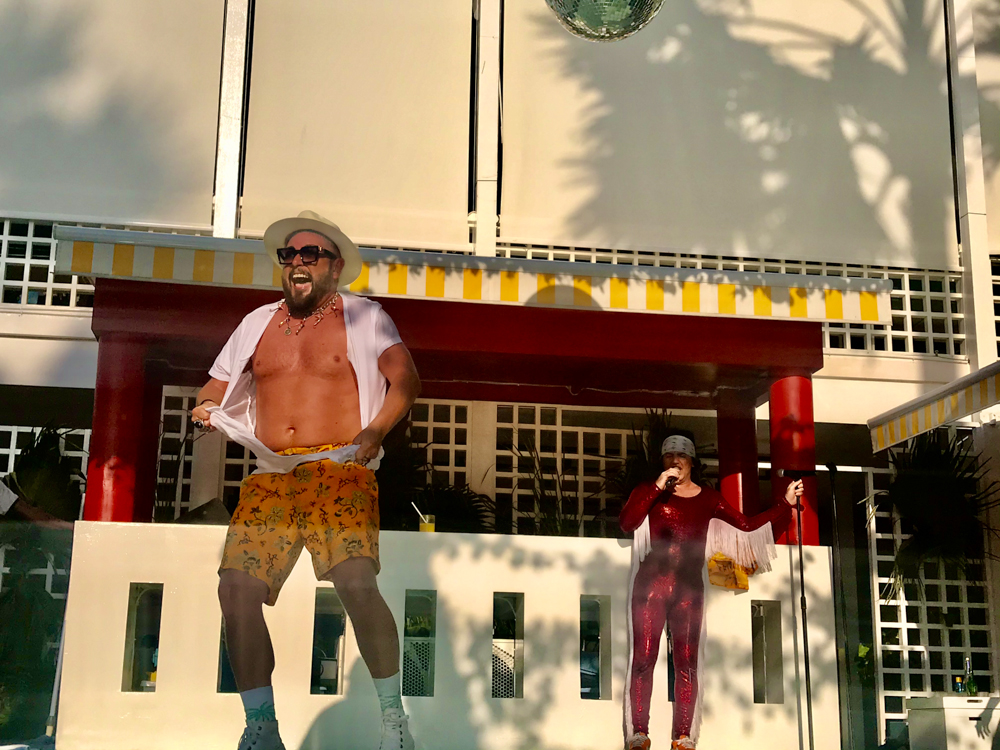 Miguel; “Tropicola is our spiritual home, in fact the whole of Bali is, it’s the island of the Gods, we’ve played here a few times at Ulu Cliff House, Single Finns and Bestival Bali… And I actually lived here in 1993.”

Before the three amigos Miguel (Mike Keat), Archerio (Archie Easton) and Kenny The Bastard aka Kengo San (they were missing one of La Familia… One Erection) hit the stage I sat down and had a good old chit chat about all things Cuban Brothers. 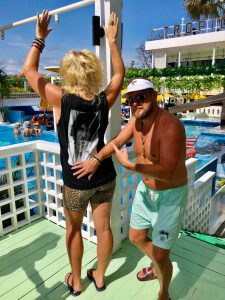 Knowing they were good friends of the late legend Howard Marks aka Mr Nice I wore my Mr Nice tee, from the new Mr Nice shop in London, down to the pool party which soon got swapped for my bikini top, in preparation for some tail-feather shacking in the pool!

We kicked off our chat talking about Mr Nice with Mike mentioning that Howard was like an Uncle to the band and the best advice he ever gave them was to never feel guilty about partying and having a good time!

Mike then went on to explain how the only time he thought… ‘s*it I’ve taken this too far’, was when he licked a man’s bald head, whilst wearing a G-String, and doing a lap dance for him at a corporate event, to find out he was the master distiller for Jack Daniels and a Southern Baptist from Easyanna…

Mike: “The girl that booked us for the show told us to stop and not go on anymore!”

Somehow, we also got on the subjects’ of ‘crown jewels’ and ‘La-La’s’! You’ll have to watch the video chat on YouTube to find out about this, haha! And great news… The Cuban Brothers can confirm they will be playing at Glastonbury Festival 50th birthday this year, they just don’t know which stage yet, fingers cross it’s the Glade.

With Mike originating from Scotland I got the lads to join me in a little sing-along to my favourite famous Scottish song, ‘Ye canny shove yer grannie off a bus’ which with our harmony voices combined, it came across beautifully. 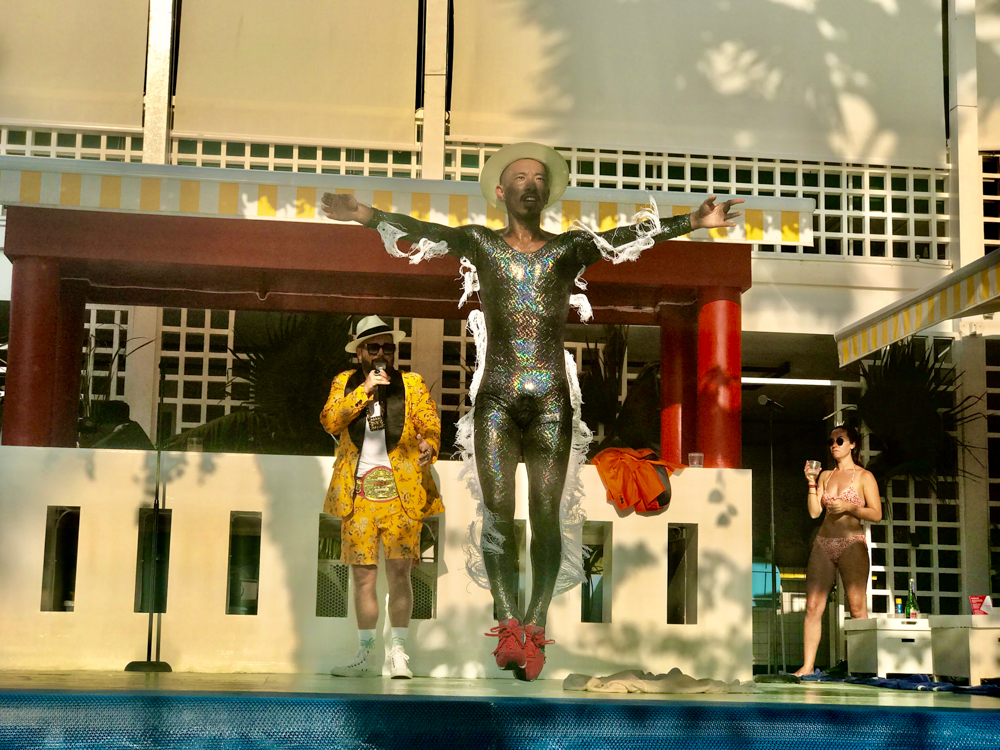 Mike: “We are off to Sydney next for a couple of shows, we’ve got a new single coming out called ‘Let Them Know’, a new TV show of Bridge And Allen commissioned to come out on the BBC soon, and The Cuban Brothers EP will be out this year called Catch Me In The Bum… no it’s not really, haha! It’s called Pudding! Plus, – lots of touring and being Fathers.

We are just lucky man really, not many people have been lucky enough to have this kind of career for 20 years. We’re entertainers we love what we do and connecting with people.

It’s a crazy world just now, look what’s been happening in the pass half a decade, it’s scary and it’s depressing, we just want to bring the fun and happy laughs and good music, and express some love!” 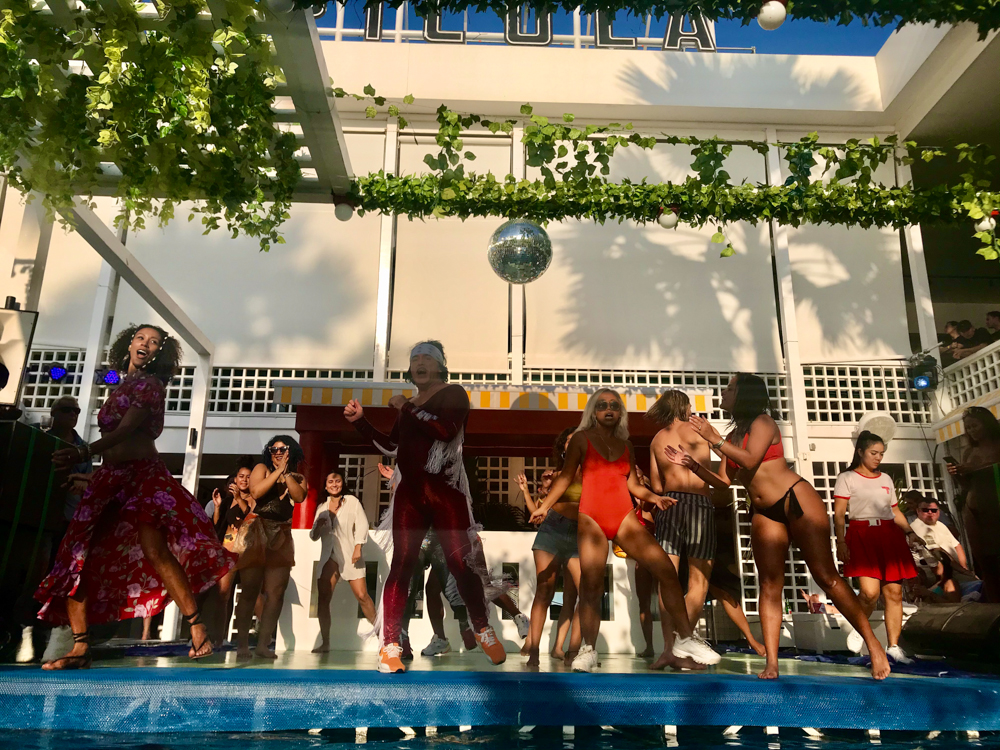 After our hilarious chat Mike did some pre work out sit ups with my good self on his back, then the guys got into their costumes and rocked the Tropicola Pool Party.

You can watch the full video chat with the pool party highlights on the VIVA Magazine YouTube channel.

And all that’s left to say is… hashtag sexy favours… Shazam!

WATCH & LISTEN TO THE CHAT ON VIDEO…

For more information about The Cuban Brothers hear to their website at www.thecubanbrothers.com