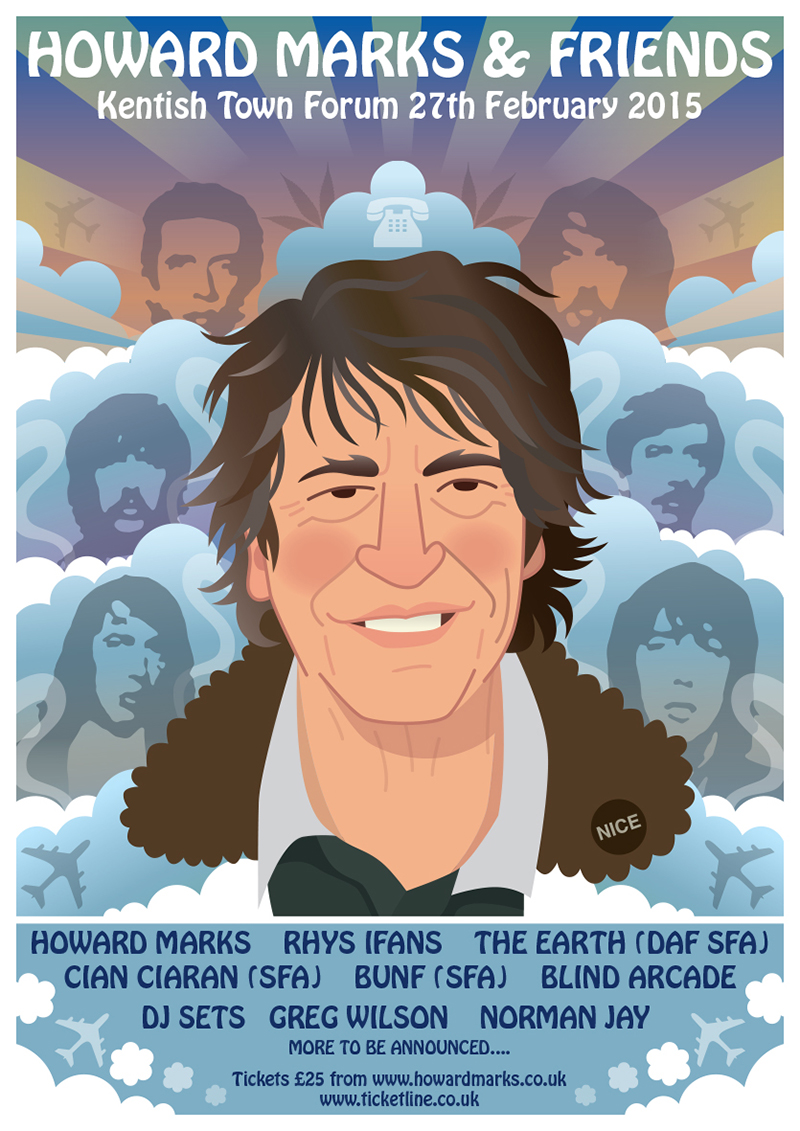 WHERE: The Forum, London

With many more to be announced soon

And DJ Sets From:

Announcing Howard Marks & Friends, a very special one-off event at the Kentish Town Forum on the 27th February 2015.  Following last weekend’s Observer Interview in which Howard revealed that he had inoperable cancer, many of his friends have come together to celebrate an extraordinary life with the man himself.

Screen legend Rhys Ifans, who memorably immortalised Howard on celluloid in the film adaptation of Mr Nice, will be joined by members of the Super Furry Animals, including Daf’s latest project The Earth, Cian Ciaran and Bunf, who will all be performing throughout the evening. There will also be DJ sets from Hacienda legend Greg Wilson and Good Times kingpin Norman Jay, with many more acts to be announced soon. We’re also very pleased to announce, that fittingly for an event celebrating his life, the show will be capped by an appearance from Howard himself, making Howard Marks & Friends completely unmissable.

Renowned artists Pete Fowler who is responsible for Super Furry Animals artwork and Monsterism has designed a special poster for the event, which will help raise funds to see Howard and his dependents through his cancer treatment, set up a Mr Nice Foundation and complete the definitive documentary about Howard.