Mark Simmonds is no stranger to mental health problems. Having battled with anxiety and depression that fuelled a mental breakdown and caring for a daughter with anorexia, Simmonds decided to share his experiences in an inspirational book Breakdown and Repair.

Here Mark chats to VIVA about the hard truths of mental health and what we can all do to help ourselves and each other. 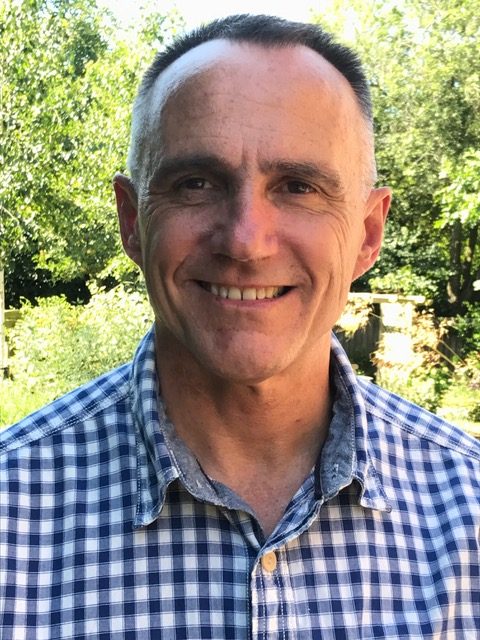 How would you sum up your book, Breakdown and Repair?

Breakdown and Repair is a book of hope. For all those people suffering with their mental health who cannot see any light at the end of the tunnel, who do not believe that their illness might have a happy ending.

It is also a book to aid understanding for carers, friends and colleagues of sufferers. It attempts to demystify something which is complicated to grasp and explain mental ill health in a way which is easy to digest.

And last but certainly not least, I very much hope it is a book of joy. One that makes you smile, one that you feel you can’t put down once you have started reading it! I have tried to make the topic accessible to as many people as possible by bringing a lighter touch to a dark subject.

What was your experience writing the book – the journey from an idea, to getting it published?

One day in the summer of 2017, I was attending a business conference when a poet stood up and recited a moving poem about mental health.

I then realised that society at large was coming out of the closet, so I decided it was my turn to step up to the plate. I had significant experiences both as a sufferer, having endured a nervous breakdown in 2001 and as a carer for my daughter, Emily, who had anorexia between 2012 and 2018.

Once I had the idea for combining both episodes into one book, I got stuck into the writing, and the whole process, start to finish, was joyous.

I worked closely with all the members of my family and collaborated with Lucy Streule who was responsible for all the wonderful illustrations.

How do you think we can encourage more people to talk about problems with their mental health, particularly in the workplace?

A good place to start is to convince the world at large that mental illness is like physical illness. It is no different to breaking your leg or getting cancer. Just because you can’t see it  doesn’t mean it’s not there.

We should also demonstrate that it’s not the end of the world and that life after mental ill health can be even more rewarding than life before it. See breakdowns as breakthroughs.

And thirdly, I think it’s important for as many high-profile people as possible to discuss their own mental frailties. Every time J.K. Rowling talks about her battle with depression, every time Prince Harry opens up about his anxiety and grief, more people will feel they have every right to talk about their own struggles. 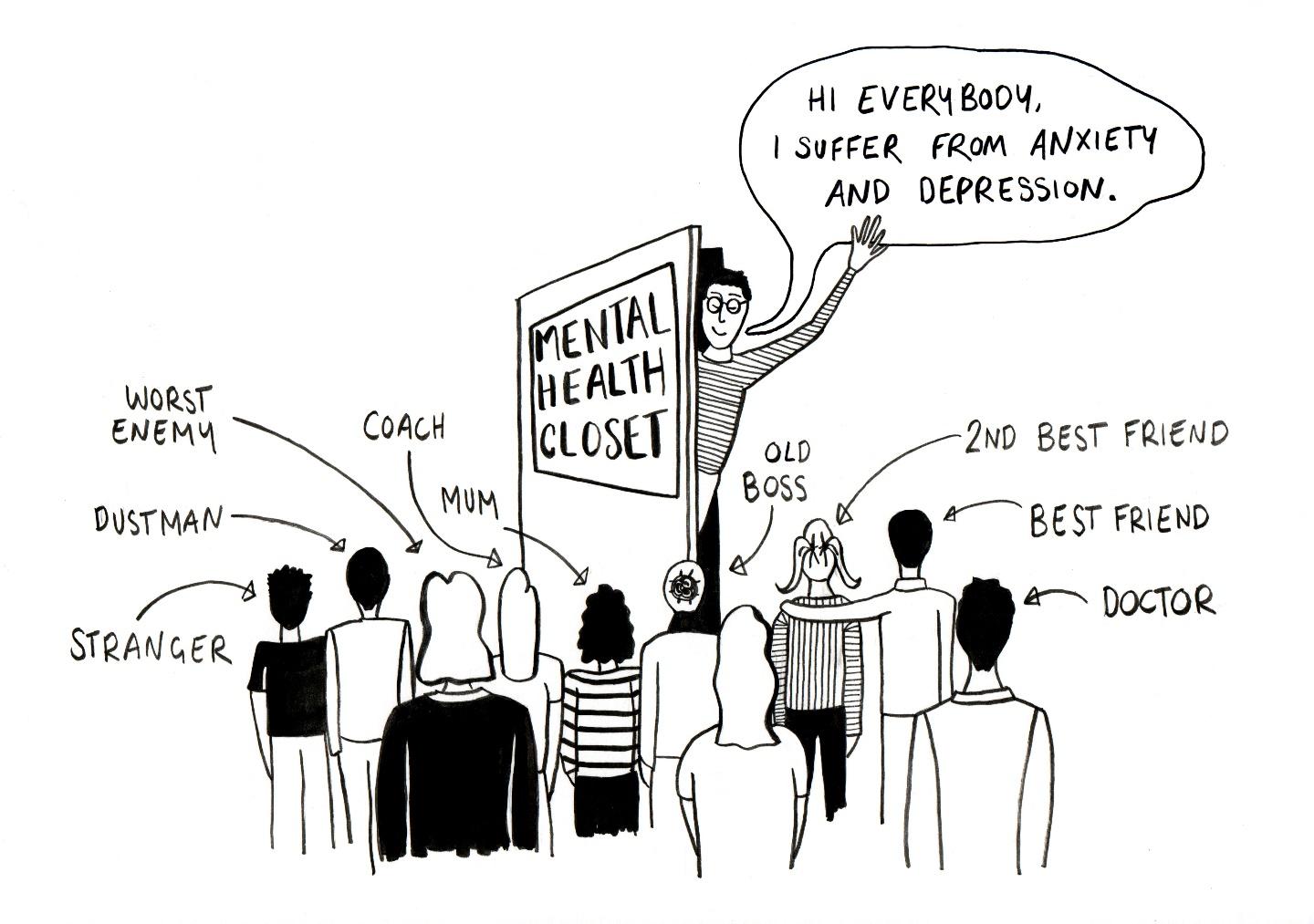 What were the biggest pressures you faced at work or in daily life that affected your mental health?

Whenever I have struggled in the workplace, it has been due to a mismatch between my personality and the working environment I have found myself in. I am a worrier by nature, a trait I inherited from my mother.

I am also an introvert which means I lose energy if I spend too much time in the company of others. Although I am ambitious, I am not prepared to sacrifice everything in order to achieve my ambitions in the workplace.

So, when I set up a new business with two very gifted individuals, I found myself a) in a perpetual state of anxiety, b) spending all my time completing the tasks required to run a business, c) surrounded by people and d) in partnership with two people far more driven than I was.

It was a recipe for disaster and sure enough, it ended that way!

Have you got any tips for fellow introverts on how to talk about problems they’re facing or how to deal with social situations that make them feel uncomfortable?

Fact. Half of the population are introverts. So, don’t think you are weird just because you prefer spending your time mainly in your own company rather than in the company of others!

I recommend telling people that you are more introverted than extroverted and explain what this means.

Do not hesitate to create an environment both at work and at home where your introvert needs are met. Some quiet ‘me-time’ to do some thinking, locking yourself away in a room for some peace and quiet, going for a walk or a drink on your own. You will emerge from all these activities energised. 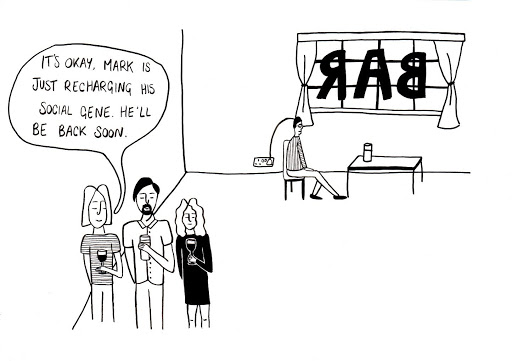 How did you recover from your breakdown and suicide attempt, and what would you say to others currently in the same situation?

It was my suicide attempt that helped me recover from my breakdown. The obvious thing to say straight away is that this is not to be recommended! It’s just that in my case the various talking therapies that I attempted (meditation, mindfulness, cognitive behaviour therapy) and a multitude of different medications didn’t work for me. I suspect that, having hit rock bottom, it was the stark realisation that I had so nearly lost everything that got me back on track.

My top tip for anybody who finds themselves suffering mentally, is to put your hand up as quickly as possible and ask for help from those around you, both at home and at work.

And for family, friends and colleagues, it is incumbent on you to be vigilant, spot the warning signs and act. Your intervention could be lifesaving.

What would you like people to know about anxiety and depression?

Anxiety is an illness like any other. People can be affected by stress and anxiety to different degrees but if left unchecked it can escalate and lead to depression. This is what happened to me.

I would describe anxiety and depression a little bit like Chinese water torture – the brain gets continually bombarded by worry, day in day out, until eventually it just says enough is enough. They are debilitating, exhausting, and unrelenting illnesses. 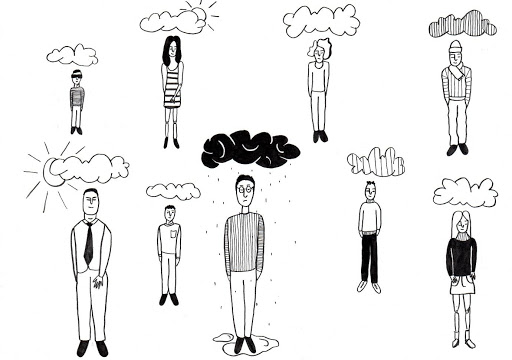 Where do you think are the best places to go for help if you’re suffering from mental health problems?

Your loved ones, your friends, your colleagues, your boss.

It’s usually in that order and the conversation becomes harder as you move from left to right. It shouldn’t be that way.

Seek medical help from your doctor and insist on specialist help if necessary. Avoid the temptation to self-diagnose. Mental health is a tricky area which even the experts find difficult to fully understand. You are not an expert!

You mentioned that helping your daughter with her recovery from anorexia helped you. Can you tell us a bit more about how or why that helped you?

Viktor Emil Frankl was an Austrian neurologist and psychiatrist. He was also a Holocaust survivor. He noticed that the prisoners who were prepared to comfort others in greater need, the ones who gave away their last morsel of stale bread, survived the longest.

Helping our daughter overcome anorexia over a period of six years gave my wife and me a strong dose of resilience, the ability to bounce back each time we got knocked down. We have become stronger as a result.

Do you have any advice for parents who are trying to help a child suffering with anorexia?

There are probably five things that we would l 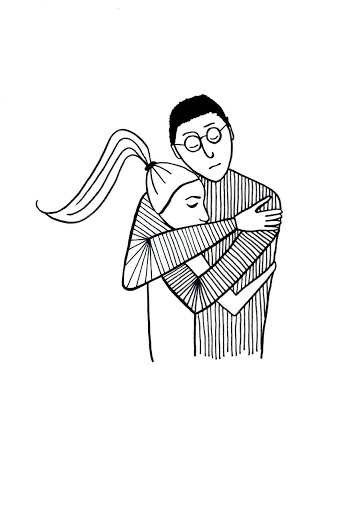 ike to share. Firstly, tackle things as soon as you think something is not quite right. The longer things go on, the harder it is to extricate.

Secondly, communicate with emotion rather than logic and reason alone. Listening, empathizing, encouraging. That’s often the language that sufferers respond best to.

Thirdly, create an environment to aid recovery, but remember, it remains their choice to do so, not yours. It’s immensely frustrating but that’s the reality.

Provide them with hope and paint a picture of what life will be like without anorexia when they recover.

And most important of all, never give up hope yourself.

Breakdown and Repair: A Father’s Tale of Stress and Success is available to buy on Amazon.