”It’s Something You Won’t Have Seen Before”- Joe McGann, The Last Ship

The Last Ship, Sting’s debut sell-out musical, is currently touring the UK and is about to make it’s last stop at The Lowry in Salford on the 3rd of July.

The TONY-nominated soundtrack was written by Sting himself and is a remarkable showcase of his talent.

The play follows a fictitious story based on the real Swan Hunters yard in Newcastle’s Wallsend, where Sting himself grew up.

The play tells the story of Gideon Fletcher (Richard Fleeshman– Coronation Street, Ghost the Musical) who returns after 17 years to find the childhood sweetheart he left behind Meg Dawson (Frances McNamee –A Midsummer’s Night Dream, The Borrowers).

Viva caught up with one of the stars of the show, Joe McGann, and asked him about the shows politics and how he got the part of Jackie White. 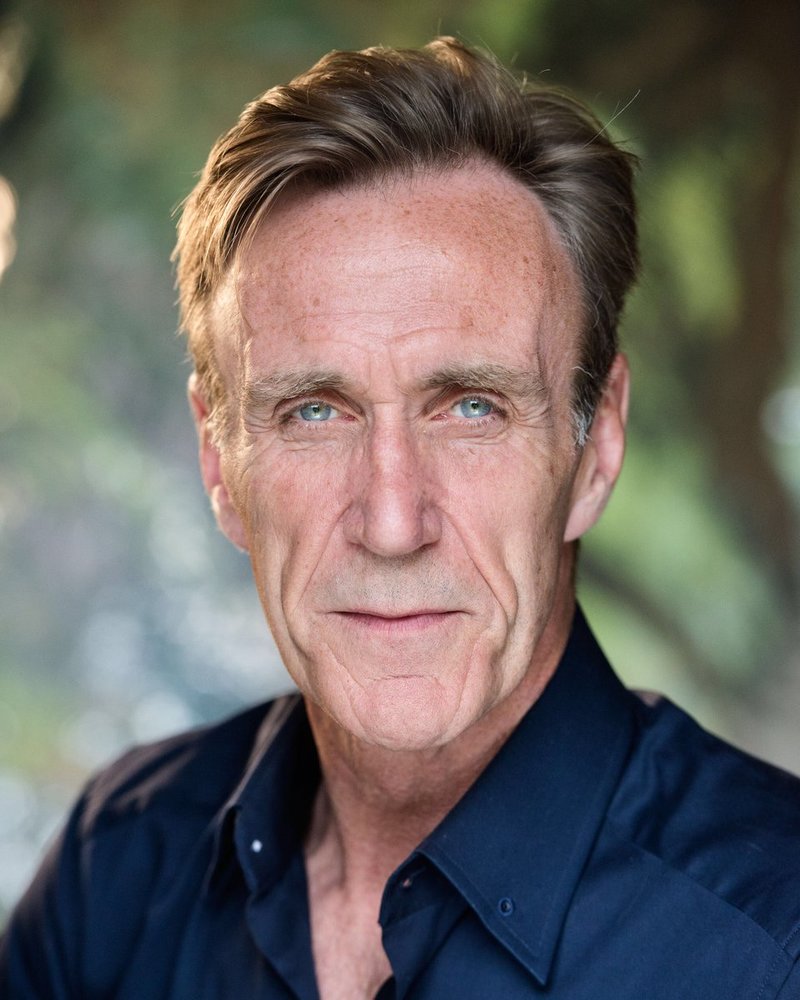 How do you think the play differs from others?

Well, there’s an authenticity about it. Sting, by his own confession, realised he owed these people something for making him. So rather than being a vanity project, he set out to pay a debt in a way by creating this show.

That’s what makes it authentic and then you come along as an actor and Lorne Campbell has written such a good script.

I’m very sensitive about how the working class are portrayed in things, especially the northern working class. It’s too often flat caps and ‘ayup north’. and I get really frustrated with it. This is real. These are dignified clever people. There’s a great joy and satisfaction of being involved in that.

This character has given me a chance to repay my own debts in a way. I’m basing it on people I knew, partly on my dad, my uncle who was a shop steward and some old friends. Dignified working self-taught men who were anti the stuff that always gets portrayed even in things like Coronation Street and Shameless.

What do you think of the strong women that are also portrayed in this show?

That for me is the best part of the script because I remember when I was a lad the women ran it.

Where would the men be without the women? Which is why it’s such a joy to work with Charlie Hardwick because we both wanted to portray real people and a real working class marriage of equals because that’s what they were.

So that’s is what we’ve managed to portray and it’s a joy.

I don’t know of any other plays with marriages like that in it. It’s authentic. 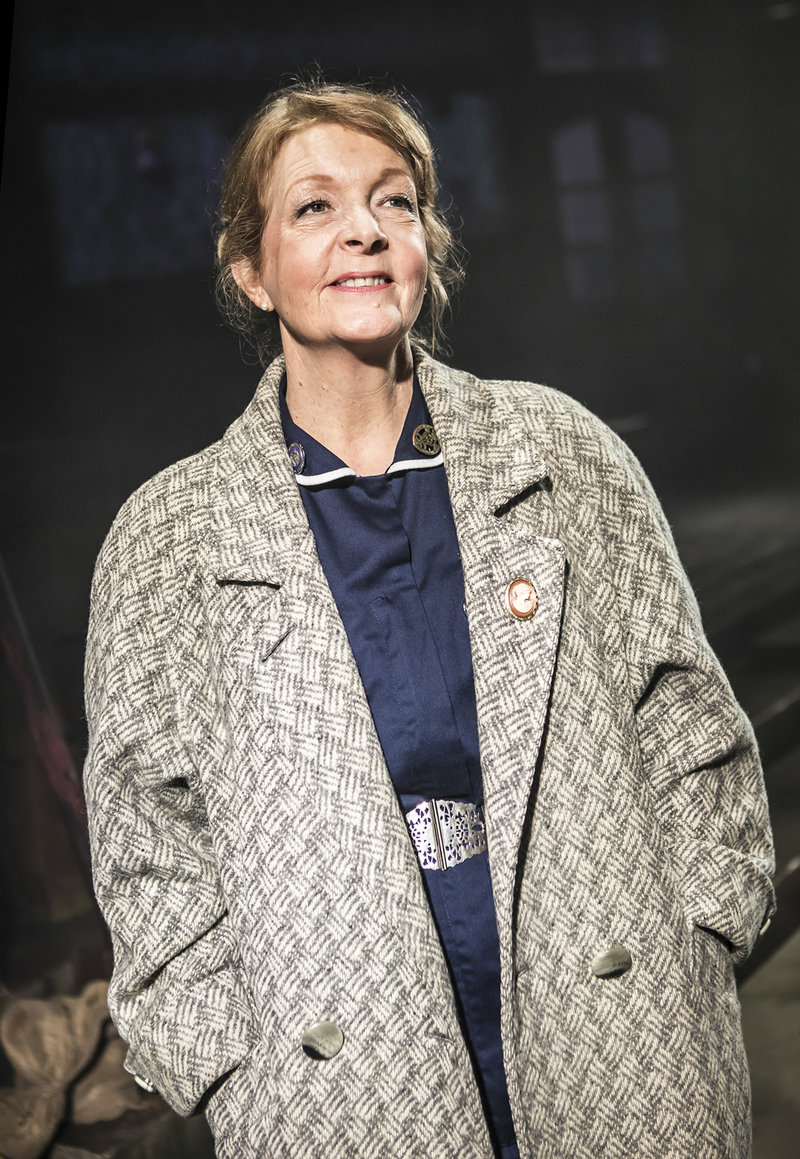 Do you think you’ve been able to bring in parts that you wanted to the character, despite it being on Broadway?

As far as I’m concerned this is a new musical and I’m the first person to play this part.

I might be singing one or two of the songs that other people have sung but it’s not the same character as far as I’m concerned.

No disrespect to anyone else who has played it but that’s how I have approached it.

Liverpool’s your hometown and there’s a history of shipbuilding there so do you feel a personal connection to the show?

It’s where I first saw a play as a reward for passing my 11 plus. When I saw it I said I want to do that and the week after I joined the youth theatre. So the Liverpool Playhouse is responsible for me doing what I do.

I knew the audiences in the North would get it or anywhere that saw the industrial decline. They will identify with it. It will prick memories of things which were not so long ago.

The most important part of it is the community. It wakes people up to realise what community is and that you don’t have to just be a shower of individuals. If there’s one message that gets across and that’s it then my work here is done! 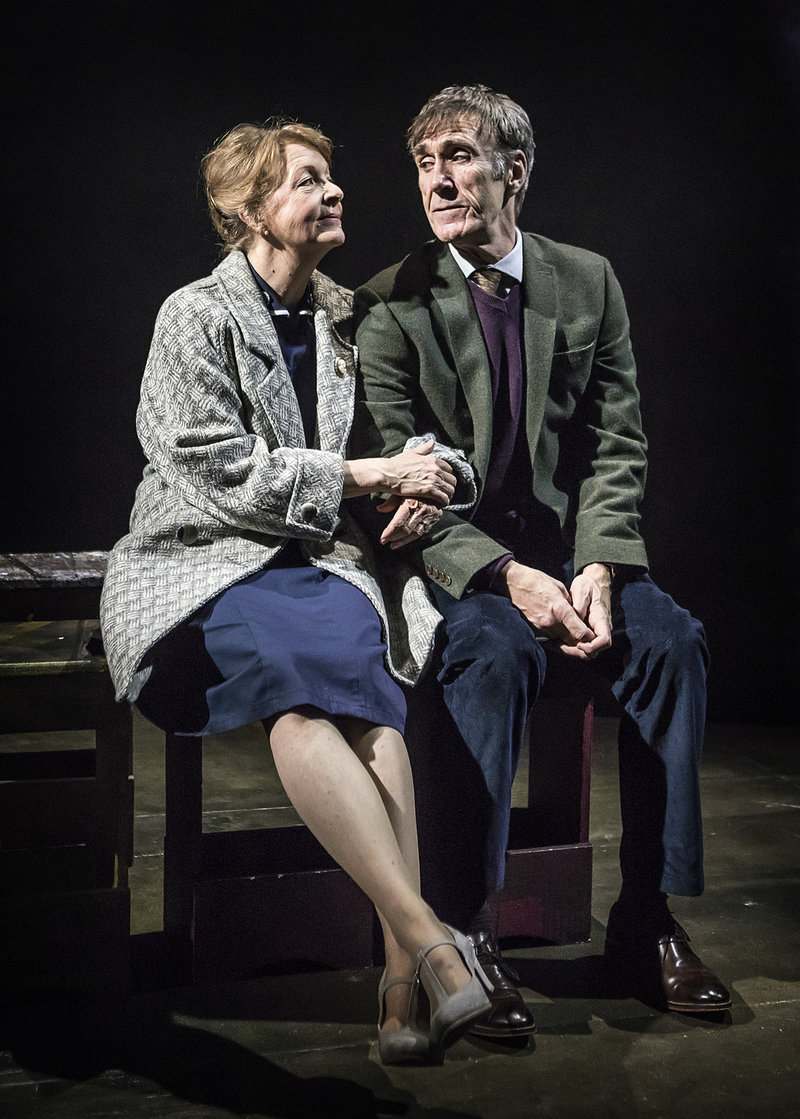 How do you feel touring the North with this play?

It’s great. Actors are not supposed to say this but actually touring is one of my favourite things.

I love the theatre I do and if you’ve got something this good to take it to other places is really exciting.

I know the British Isles better than most of my friends because of touring. I’ve been around a long time now so I know where I’m going and getting to revisit different communities is lovely.

How do you feel bringing this to a younger audience who don’t necessarily know about old mines and shipbuilding communities?

My daughter is 28 and I wanted her to see it and see if she’d get it. I didn’t tell her much about it.

She came to see the show in Newcastle and loved it. I heard her persuading her friends to come and see it. She said dad don’t worry they’ll get it instantly.

I think those that engage with Jeremy Corban for instance and the socialist ideas will understand it. This younger generation has seen too much of an old order that hasn’t worked when there’s an old order that did.

I am really not one, I’m a modernist in most senses but the ideological fight that went on is worth knowing. It doesn’t get taught in schools of course. It doesn’t serve the people in power to tell about these things and it doesn’t serve a consumer society which is what we have become.

But in actual fact, it deserves to be seen and heard so I think there will be, dare I say, a call to arms among the younger people who get it.

On the other hand, they’ll also be a generation of young conservatives who think its the most ridiculous thing but that’s the way of the world.

Sting came into your dressing room in Salford’s The Lowry as part of the audition process for this show. How was that?

It was one of the most surreal things I’ve ever had to do. I originally auditioned for the part of Billy Thompson. I went down to audition for it in London and then came back up.

Then they said that Sting was coming up on the Wednesday to do some promotion and they asked if I could meet them on the Thursday. I said with respect, that is my matinee day and you wouldn’t like me to do it if I had a two-show day so I said no. Then I flippantly said can’t he come in the night before and he said alright.

So they flew in from Dublin and he got tickets and saw the last 25 minutes of Elf. Then he comes to my dressing room and said ”hi I’m Sting” and everyone’s looking in the dressing with disbelief.

Anyway, he comes in and was charming and lovely. He was with the producer and a guy who had a guitar on his back and I thought he’ll be accompanying Sting to play the songs. They sit down and we were chatting and then he says shall we do the song then and he reaches for the guitar. I’m thinking oh my gosh Sting’s about to play one of his songs and I have to sing it.

We did the song and he said to me see you in rehearsals. Even then I still thought I was going to play Billy Thompson.

What do you hope people will take away from the show?

Go home humming the songs. That they’ll come and see the show again. That they’ll have just of had a blinding night out at the theatre.

Theatre at its best makes you think. The word entertainment doesn’t just mean jazz hands and stuff like that. You entertain ideas and concepts in your own head and if people take away that kind of entertainment and some of the ideas then my work here is done.

How would you convince someone to come and see the show?

To have a really good production and really really good music, it’s a unique experience I think.

It’s something you won’t have seen before.

Read my interviews with Richard Fleeshman and Frances McNamee.

Get tickets here for The Lowry. 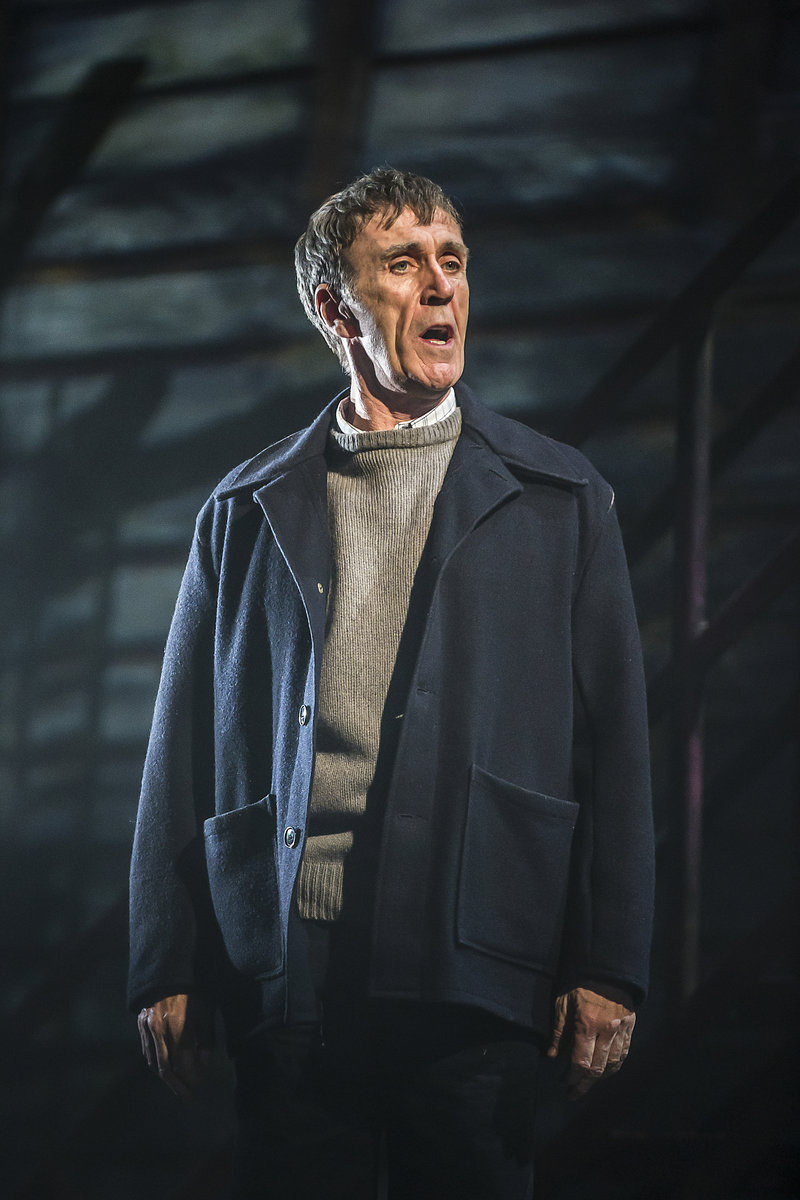 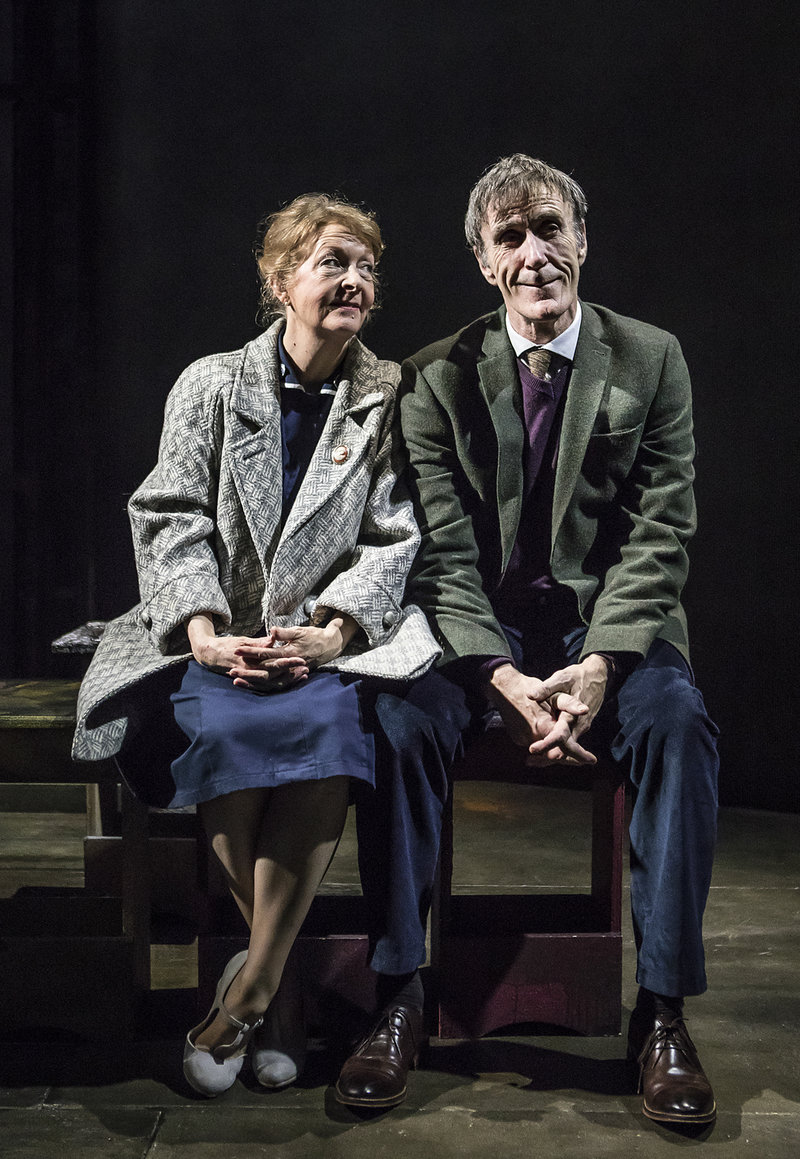 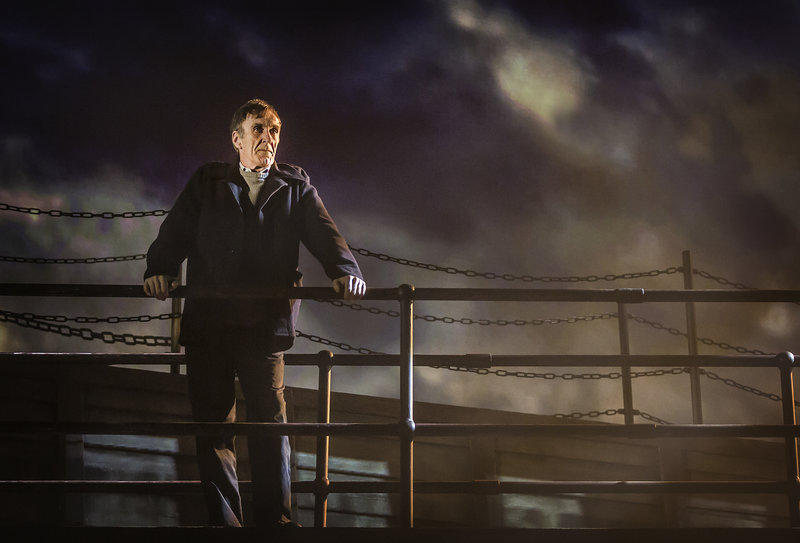 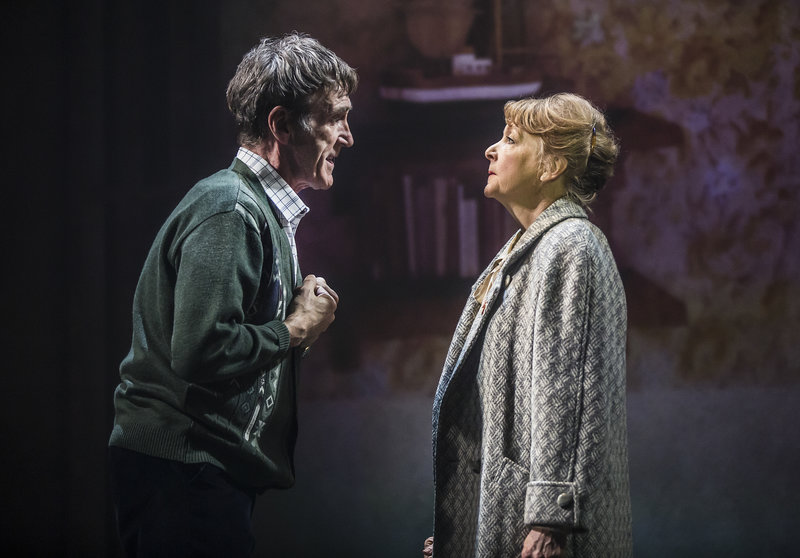 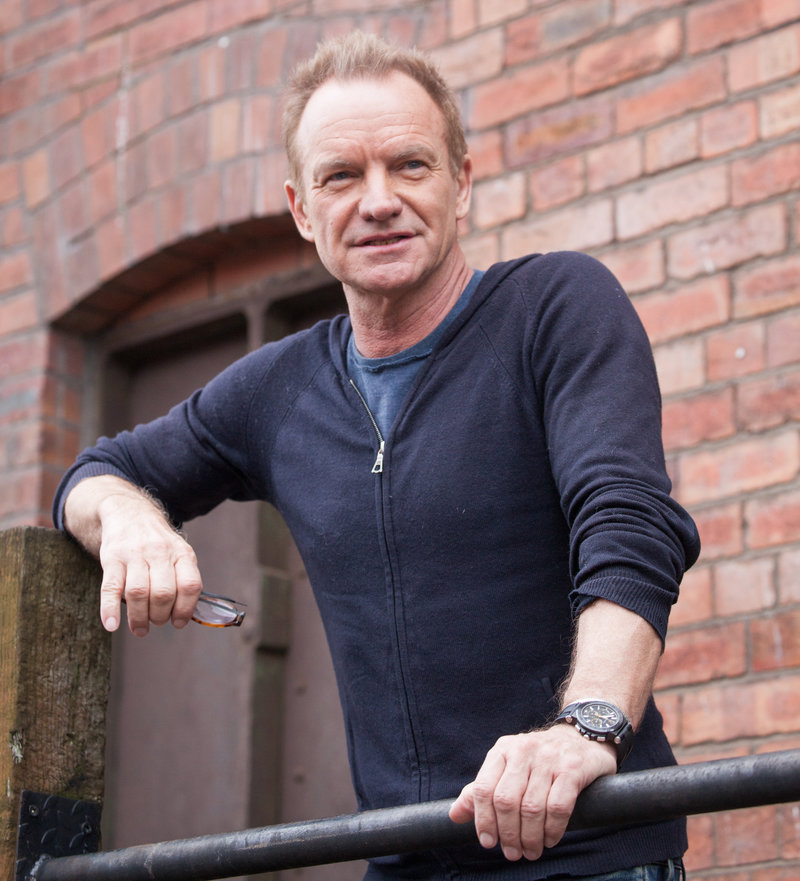