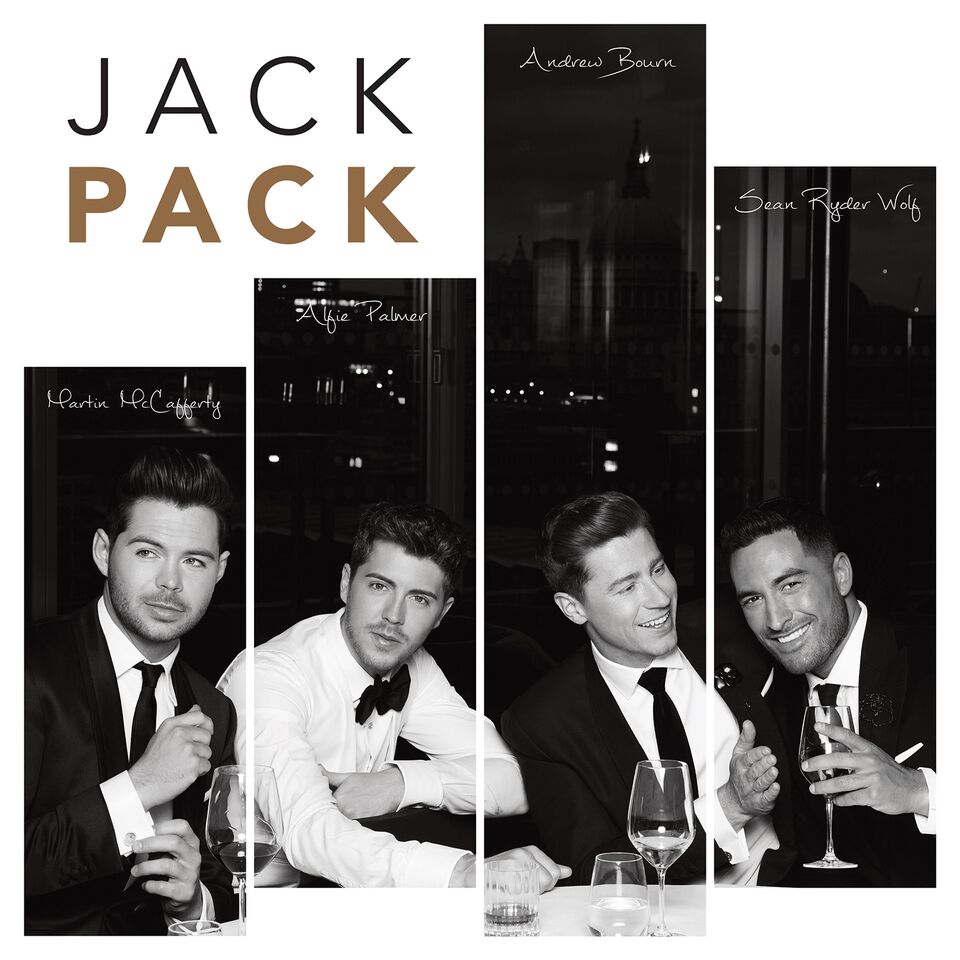 Breaking news! Jack Pack are releasing their album early due to phenomenal demand! And the even better news is they have just premiered the music video for their interpretation of the timeless classic ‘Light My Fire.’

The four-piece swing pop group, made up of four distinct vocalists Alfie Palmer, Andrew Bourn, Martin McCafferty and Sean Ryder Wolf, who channel a charm reminiscent of the last days of true Hollywood glamour with a quintessentially British twist sang their interpretation of the timeless classic ‘Light My Fire’ at the Britain’s Got Talent Semi-Finals last month and there has been a demand for a new album from the fans ever since.

A Syco spokesperson said ‘We have had an incredible reaction since the performance. So bringing forward the release was the only sensible option.’

You can watch the official music video for ‘Light My Fire’ below.

The video was filmed in Kiev, Ukraine and was directed by Charles Mehling, who has also directed music videos for Emeli Sande, Ella Henderson and Kasabian. Jack Pack commented on the making of the video by saying ‘The video was amazing fun to make. It was shot in Kiev and was filmed mostly between 11pm and 5am, featuring more than one hundred extras and two stunt doubles. It was an incredible experience to have the opportunity to work with such great people on our first music video.’

Their first album will be Jack Pack’s contemporary stamp on much-loved classics and will also introduce fans to three original songs. The vocal harmonies, the charm and natural chemistry between Alfie, Andrew, Martin and Sean is undeniable. Whether its with deluxe revamps of timeless jazz standards or sentimental storytelling through original music, Jack Pack brings the elegance and swagger of swing music in a bigger and bolder fashion that will speak to listeners across every generation.

You can pre-order Jack Pack now on Amazon and  iTunes.