INTERVIEW: Jeremy Dyson chats to VIVA about the upcoming production of Ghost Stories in Manchester

Ghost Stories is coming to The Lowry in Manchester for its third stage production after a hugely successful film.

To celebrate, VIVA was invited on a fabulously spooky ghost tour around Salford Quays.

After a few chills and not all of them from the ghosts, VIVA interviewed the lovely Jeremy Dyson, one of the show’s writers to ask him about the wild success of the production and why horror is such an unusual genre for theatre.

Horror isn’t shown a lot in theatre – why do you think that is?

“That’s a good question. I think once upon a time there was a lot more. Actually, what is interesting is that the golden age of horror films grew out of a wave of horror theatre. Frankenstein and Dracula were from very successful plays.

“It does seem to be picking up again. They toured the exorcist a few weeks ago, there was a production of The Haunting of Hill House a few weeks ago. So there has been more since Ghost Stories.” 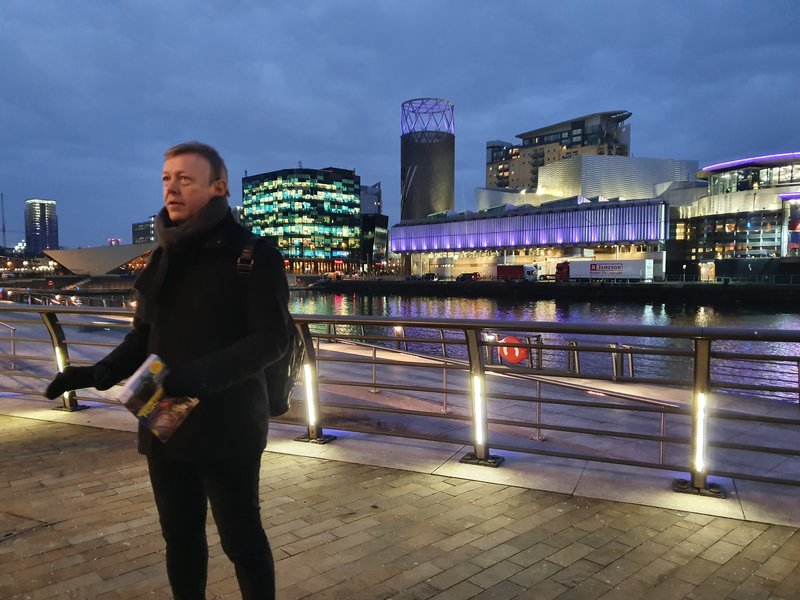 What made you want to do a horror play?

“Well, actually it was a call from Andy Nyman, who I co-created the show with. We are very old friends, we’ve been best friends since we were 15, and we had these independent careers.

“Then he called me out of the blue and said he had this idea to do a spooky play with three men telling ghost stories sat on stools and would I be interested in looking at it with him.

“Immediately I thought that would be a fun thing to do. It was partly because a few years before that, I’d seen that Andy had staged a fake Séance in Clarkenwell in London, which is an old debtors prison. It was brilliant and one of the most entertaining things I’ve ever seen, then I thought wouldn’t it be great to do a story like this?

“So that must have been in the back of my mind as well when we were talking about it. That was where it was born.”

What kind of changes have you made to the new production?

“I’m not allowed to say! However, yes there are changes. Each time we’ve staged it we’ve changed little bits because there were always problems that niggled with us and what we just hadn’t got right.

“So there are definitely changes. There’s a couple of big set pieces where we can say ‘ah we know how to work that now’.

“It is interesting coming back to it having made the film as there are a couple of things we’d done on the film where we said ‘you know what we could maybe do that’. It was interesting going on that journey.

What can people expect?

“They can expect a very thoroughly entertaining night out unlike anything else. Even if you’ve seen the film it is a very different experience and you should seize the opportunity.”