Liam Gallagher will be singing at Benicàssim festival in Spain – as you were! 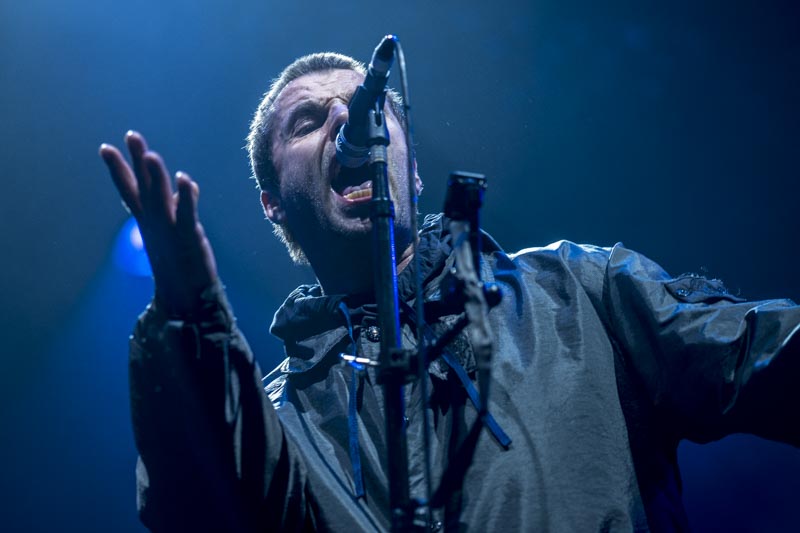 Liam Gallagher has been added to the line-up at FIB Benicàssim, July 19 – 22 in Spain – joining The Killers, Two Door Cinema Club, Bastille, The Vaccines, Catfish & The Bottlemen and many more.

Following on from his historic debut solo set at FIB in 2017 Liam returns to claim his headline crown following the release of his giant solo album As You Were.

One of the greatest comebacks in modern rock, the show will be an attitude fuelled headline set fuelled with tracks from the number one album and a generous helping of the Oasis classics that have made Liam the most vital frontman in the world today.

One of the biggest artists in hip-hop today will headline the Thursday night at this year’s festival. With number one albums, over one billion streams and consistently one of the most streamed acts in the world today Travis Scott has taken hip hop to another level, to another universe, and his incendiary live shows are unmissable.

His forthcoming third album, Astroworld, is one of the most anticipated albums of the year and his powerful production, airtight rapping and stratosphere-shattering singing has brought him superstardom as big as his home state of Texas.

Possibly the biggest British indie band in the world right now, Two Door Cinema Club make a very welcome return to FIB when they take to the main stage in July. With massive tunes like Are we Ready? (Wreck) and What You Know get set for a celebration with a band at the very top of their game in 2018.

The Vaccines are back with a long awaited fourth album Combat Sports,  Justin Young and co bring brash, bold rock ‘n’roll to Spain for an unmissable set from one of the defining British rock and roll bands of their generation. Full throttle, breathless excitement guaranteed.

London alt rockers Wolf Alice will be at FIB showing why they’re undoubtedly one of the best live bands around with a powerful, invigorating live show that’s seen them nominated as Best British group at the NME awards and Brit Awards this year.

Prepare for the sublime sensory overload of Everything Everything and expect a thrilling live set from the irresistible and ingenious Tune-Yards that push the limits of pop with ecstatic energy, wild rhythms and slinky bass grooves.

Boundary pushing modern rockers Nothing But Thieves bring anthems like Amsterdam and Sorry to Spain as they continue their push to conquer the world and there’s another Benicàssim debut from Shame, one of the UK’s most visceral and exhilarating new bands whose debut album Songs of Praise is set to be one of the best debuts of 2018 or any other year.

There are also some of the best new Spanish acts. Reverb-drenched pop from all female 4-piece, Melenas, and fresh indie pop from Madrid’s up and coming Rusos Blancos.

From Monday 5 February tickets will be 155 Euros via fiberfib.com and £135 via Ticketmaster.

Liam Gallagher to perform live in Manchester on Saturday 18 August