“We only ever had one argument, but it lasted 20 years!”

Lighthouse Family, one of the most successful bands of the late 90s and early 00s, return with a new studio album after a gap of 18 years.

‘Blue Sky In Your Head’ will be released on May 3rd on Polydor and will include ‘Essentials’, all the bands classic songs remastered for the very first time to celebrate their 25-year recording history.

The lead single is ‘My Salvation’, a lushly melodic track every bit as good as you’d expect from the band that produced the timeless hits ‘Lifted’, ‘High’, and ‘Ocean Drive’, which are all included on ‘Essentials’.

‘Blue Sky In Your Head’ is Lighthouse Family’s fourth album, and sees them back on their original label Polydor and reunited with Colin Barlow, the A&R that discovered them, and their first manager, Keith Armstrong; the same team that was around them when they were at their FM Radio-dominating peak. The duo will follow the album’s release with a UK tour later this year, culminating at the iconic London Palladium on November 22nd.

Tunde Baiyewu and Paul Tucker formed Lighthouse Family after meeting at Newcastle University in the early 1990s. Their 1995 debut album ‘Ocean Drive’ was a slow-burning success, going six times platinum while staying in the album charts for almost three years. ‘Lifted’ became one the defining songs of the era, a pop-soul classic that was inescapable on radio, becoming the soundtrack of high street Britain, drivetime Britain and night-out Britain.

The 1997 follow-up, ‘Postcards From Heaven’, featured three Top Ten singles (‘Raincloud’, ‘High’ and ‘Lost in Space’) and also went six-times platinum, charting across Europe, the Far East, Australia and New Zealand. Their third album, ‘Whatever Gets You Through The Day’ (2001) produced another Top Ten single in the shape of ‘(I Wish I Knew How It Would Feel to Be) Free/One’, but by this time the band were at breaking point, their friendship burnt out after years on the road living in each others’ pockets. And Tunde was dealing with the grief of losing his mother, a situation complicated by the fact that his stepfather, Olusegun Obasanjo, was at the time the President of Nigeria. Little wonder the duo badly needed a break.

In the intervening years Paul formed a band, The Orange Lights, while Tunde released two solo albums, but the old connection between the pair remained, and in 2010 they got back together with a view to making a fourth album. 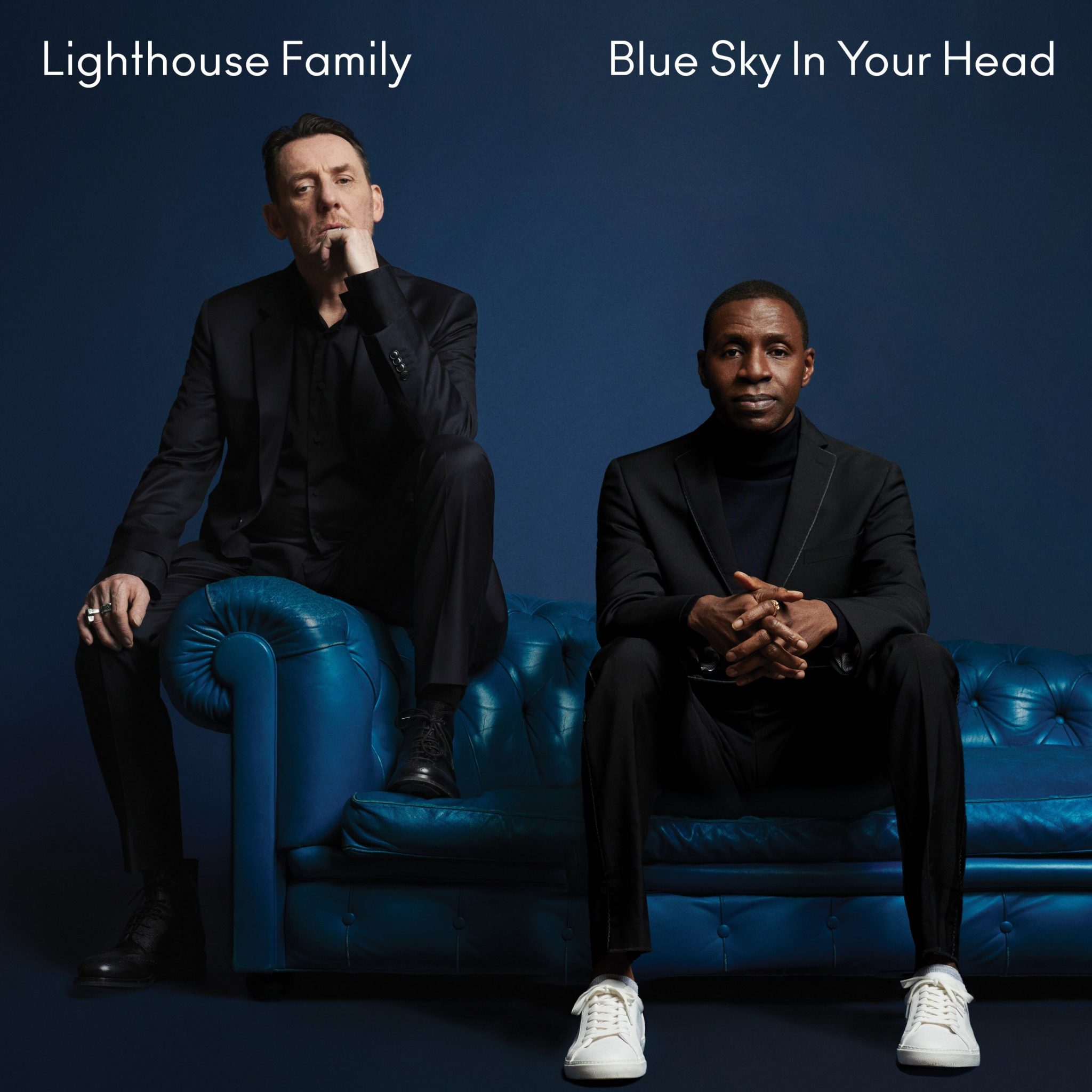 “Somehow we couldn’t knock it together in the studio,” says Paul. “So we decided to go and do some shows, to remind ourselves who we are and what we do. As one of the Duran Duran guys said to me: ‘What do you want to go in the studio for? That’s where all the arguments happen! Go and do some gigs…’ So, that’s what we did, and it was great.”

The old itch was still there, though, and by the time the band reunited again in 2016 they were determined to make a record, something that was classic Lighthouse Family, but also sounded like it could be made today. Bunkered in a north London studio, the old friends and collaborators quickly found their groove.

“What happens when Tunde and I get in the studio is, we just drift off – we don’t ever row!” says Paul. “There’s no shouting or throwing things. In fact we only ever had one argument – but it lasted 20 years!”

Those years have not dulled Lighthouse Family’s remarkable ability to craft elegantly beautiful songs. Their first single in almost two decades, ‘My Salvation’ is an upbeat track that flies high on lush strings and has echoes of Pet Shop Boys at their imperial best. It’s sentiments chime perfectly with the band’s return: “I wrote it at the end of 2016, when there were lots of things changing in politics and my son had just got his first job starting out in the world. There’s the line: ‘When you say a prayer, does anybody hear, send an SOS…’ You’re looking for that touchstone that salvation can bring.”

‘Blue Sky In Your Head’ opens with the rippling, rolling, title track. Its theme is, says Tunde, similar to ‘Ocean Drive’. “A dream of a place, a dream of escape, something you want to get away to.”

“And that’s kind of you what you want Lighthouse Family songs to do: put a Blue Sky In Your Head,” adds Paul.

Indeed, the new album has something that has always been present with Lighthouse Family: a sense of optimism and renewal.  “We’re trying to create something anthemic and uplifting but real,” says Paul. “That idea of: ‘I know the sun’s gonna shine again’, it’s quintessential Lighthouse Family.”

“I like hymns, always have. I was in the choir as a kid,” adds Tunde. “I think all the songs on the record have that feel. They’re urban hymns.”

Messages of hope and uplift. Sentiments of community and communion. Songs of love and connection. Tunes to sing, loudly, from the heart. It can only be Lighthouse Family, back to dream up the magic all over again.