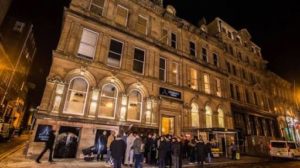 The Victoria Street location has been given a stylish multi-million-pound makeover to become Dash restaurant and XOXO club. XOXO will be revealed on Saturday October 27, with the restaurant due to open a few weeks later in November.

The 15 Group comprises partners, brothers Dean and Michael Jones, Gary Carr and Mark King. This will be the first joint venture for the four who have more than 10 years’ experience operating venues across the city – so we’re expecting big things from the venues when they open their doors very soon.

They plan to create a glamorous high-end destination, adding something unique to Liverpool’s city centre but keeping the personal feel of an independent business.

“It’s such a great space, there’s so much potential to get it right, and the design and decor for both venues are even better than we’d imagined so we’re really excited about it,” said co-founder Gary.

“We want the club and the restaurant to give people a reason to dress up again because that is Liverpool’s trademark. The style has gone more relaxed recently so we’re aiming to bring back that idea of a thriving place where everyone wants to be seen.” 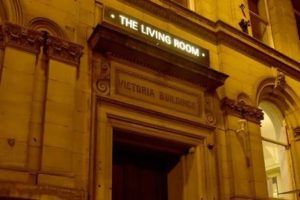 Dash promises elegant contemporary dining with Pan Asian influences. With lunchtime and evening menus focusing on large and small plates. There will be live DJs on Fridays, Saturdays and Sundays to create the perfect atmosphere for guests to have a drink in the bar before heading downstairs to XOXO.

Playing all genres from house to R&B, the exclusive basement hangout will have a stunning look, void acoustic sound system and state-of-the-art lighting which Dean says would be at home in some of Las Vegas’s world-famous clubs.

“We’d love people to come in for lunch at Dash, then come back in the evening glammed up for food and drinks and finish off their night in XOXO until the early hours – they’ll feel like they’ve had a full night out around Liverpool but it’s all under one roof.

“I feel that Liverpool has become over-saturated with chain restaurants which all offer a very similar experience, so we are aiming to bring something warmer and more individual into the city.

“Dash and XOXO will have personal touches which you don’t find in more corporate venues and, with or extensive background in the industry, we’re confident we know what customers want and we’ll deliver that to the highest standards.

“We know people are going to be amazed when they see them because Liverpool’s never had anything like this before.”