Inspirational, motivational, and exceptional. These are just some of the words you could use to describe the individuals awarded at the Manchester City of Champions gala dinner last Thursday.

Hosted at the Hilton hotel those being honoured took to the stage to collect their awards.

From boxing legend Ricky Hatton MBE, to entrepreneur Steven Bartlett, to Irish dancer James Keegan, to Football Captain Stephanie Houghton MBE, all the award winners spoke about what Manchester means to them and offered invaluable advice on how to succeed.

The annual black-tie event was set up by Olympian, Diane Modahl MBE, with the aim of celebrating Manchester’s finest talent and those that give back to the community. 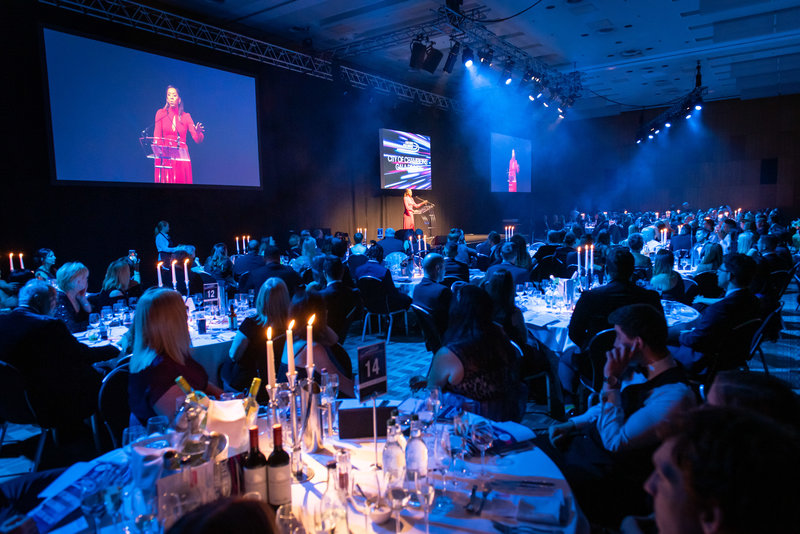 In her opening speech, Diane Modahl emphasised that while Manchester is frequently voted as one of the best cities in the country it is also one of the poorest. “We must not forget that,” she said.

The Diane Modahl Sports Foundation (DMSF) was set up in 2010 by Modahl and her husband. The foundation supports young people in the North West, particularly those from disadvantaged backgrounds.

In the last 12 months 650 young people accessed the sports programmes each week across Manchester, and a further 791 young people took part in this year’s summer programme.

“Tonight is about celebrating what is good about Manchester…but also remembering the next generation and how we can support their potential and drive to be the best that they can be”, explains Modahl.

James Keegan, lead dancer in Michael Flatley’s Lord of the Dance, won the B Inspired award. Speaking to VIVA Keegan said: “I feel really privileged to be getting honoured by the city of Manchester, alongside all the other awardees tonight.” 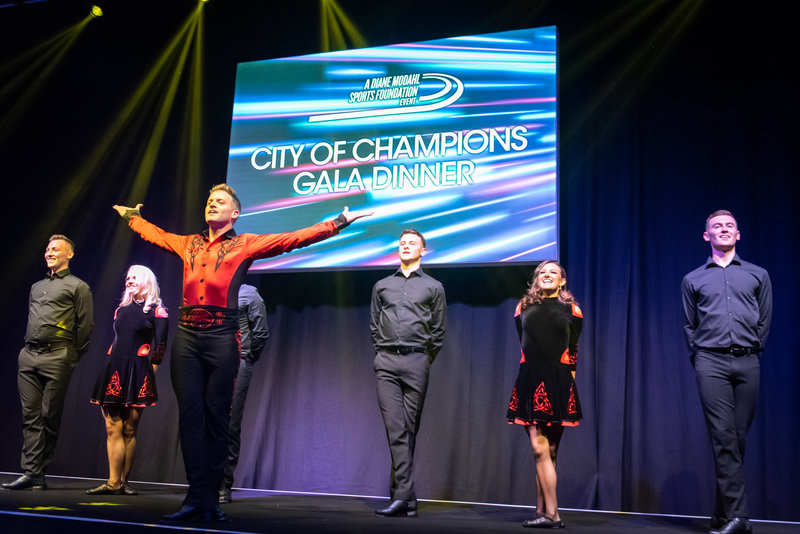 Keegan revealed that while he feels lucky to be where he is today, he struggled with being a dancer when he was younger. “There were so many times that I wanted to give up for one thing or another – people at school, you know being a young lad dancing in Manchester, sometimes it was difficult, so just don’t give up, stay dedicated and work hard. Have a dream and your own personal goals and you just never know.”

Steven Bartlett, 27-year-old entrepreneur and CEO of social media company Social Chain, won the City of Champions Hall of Fame award. From humble beginnings in Moss Side, Bartlett left university after one lecture but went on to become one of Manchester’s most successful businessmen.

“My one redeeming feature was believing in myself.” His inspiring appearance on Channel 4’s Secret Teacher showed Bartlett’s commitment to supporting the younger generation.

Advising young people on starting their own business Bartlett explains: “Starting a business based on a hobby or passion that you are fundamentally not interested in is probably the single worst thing you can do in order to succeed. If you don’t love it, it’s going to be much easier to give up,  but if you love it, regardless of the challenges, there’s going to be a driving force there to keep you moving forwards.”

Guests sat down to a 3 course meal with an energetic performance by Lord of the Dance followed by an auction on a fantastic selection of experiences and prizes to raise money for the DMSF. This included a stay at Steven Bartlett’s home in New York (with flights thrown in), a limited edition watch designed by Manchester City player, Ederson, and a match day at Old Trafford.