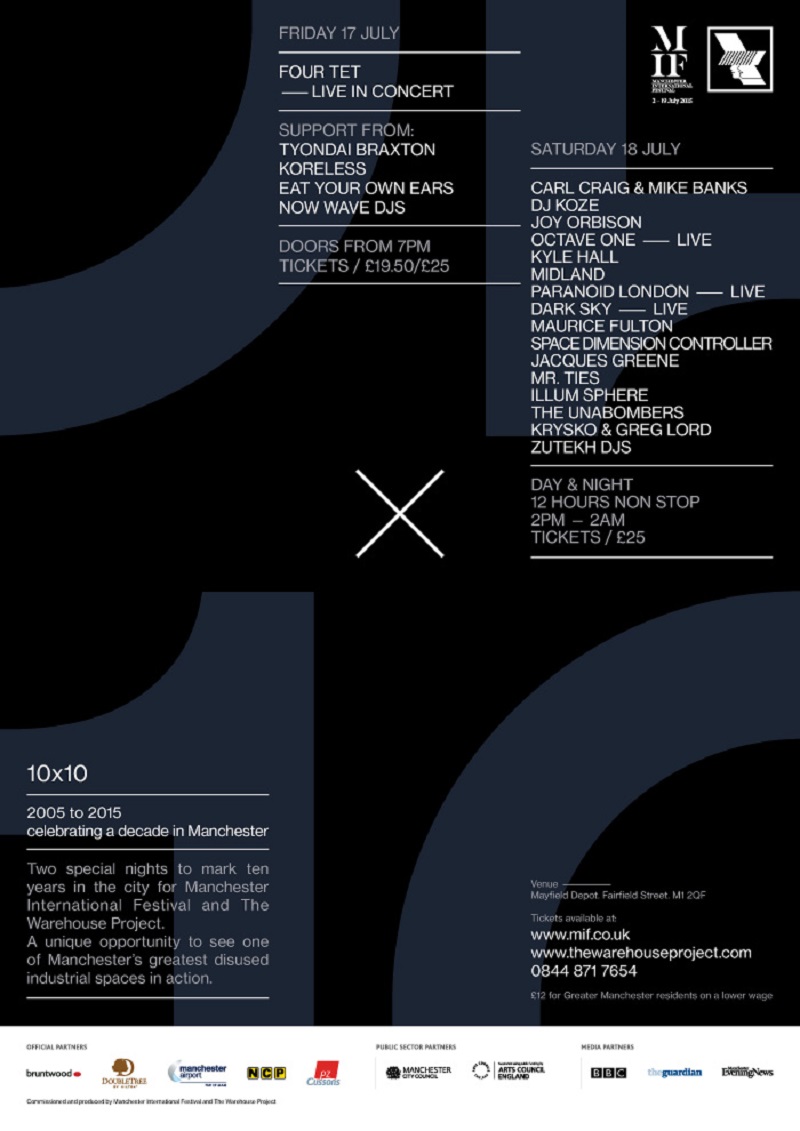 Autumn 2015 will mark 10 years of The Warehouse Project. The full season will run from the end of September until January 1st, with WHP marking this milestone with some extra shows and very special highlights along the way.

The first of these will take place in July, with two unique 1800 capacity events at Manchester’s Mayfield Depot. These shows have been commissioned and produced collaboratively by The Warehouse Project and Manchester International Festival who are also celebrating ten years in the city this summer. The result will be two unmissable nights brought together by two of Manchester’s finest.

10 x 10 follows the success of MIF13 shows at Mayfield Depot including Massive Attack v Adam Curtis, its huge spaces and raw concrete pillars in-keeping with WHP’s signature surroundings. The redevelopment of the Piccadilly Station area means Mayfield Depot is to be knocked down before the end of this year, making 10 x 10 the first and only opportunity to experience a Warehouse Project show within its walls.

“We are all incredibly excited that we can work with Manchester International Festival on these two special 10×10 events, that celebrate ten years for both MIF and WHP in the city. It’s the perfect way for WHP to kick off our tenth anniversary year and the last time this incredible space is going to be brought to life.”  Sam Kandel, WHP Co-Founder & Director
Moving into autumn, The Warehouse Project have also teased two shows from their WHP15programme, both taking place on Friday 16th October with Jamie XX at The Albert Halland Major Lazer at The Manchester Academy. Jamie XX will be stepping out from behind the monochrome beauty of The XX as he releases his debut solo record In Colour which will be brought to life in the iconic setting of Manchester’s ornate The Albert Hall. Major Lazer take-over The Manchester Academy fresh off the back of their new album Peace Is The Mission following its release early June. 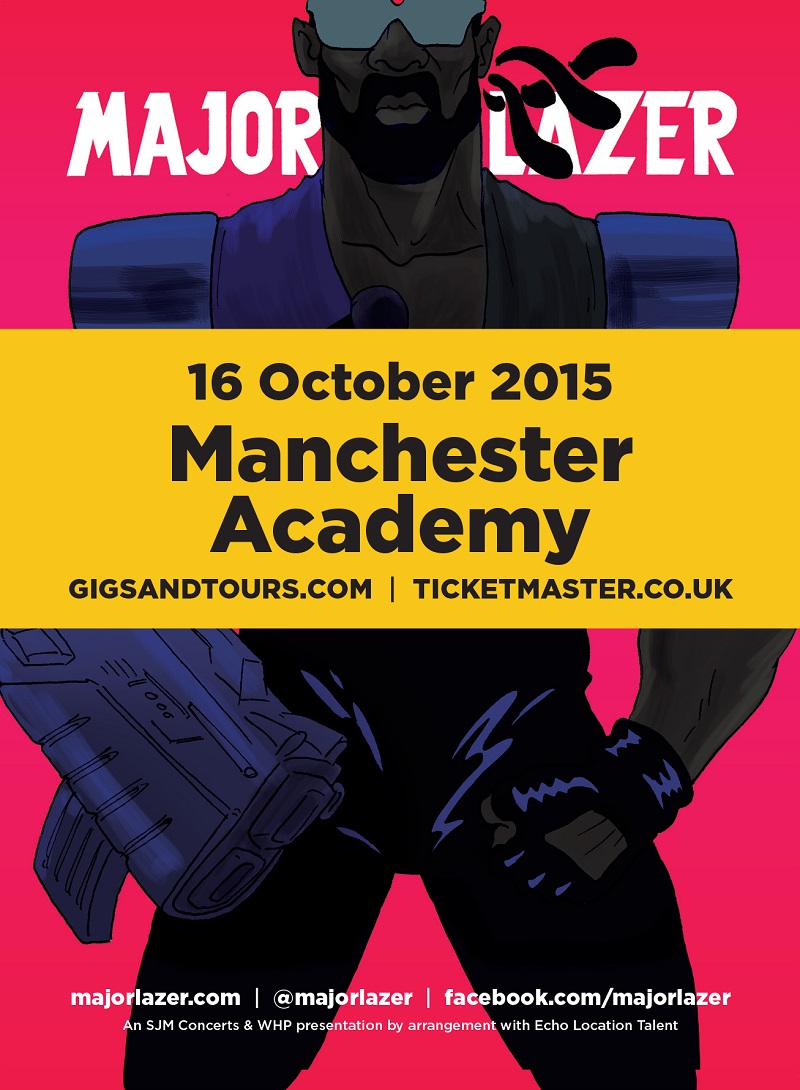 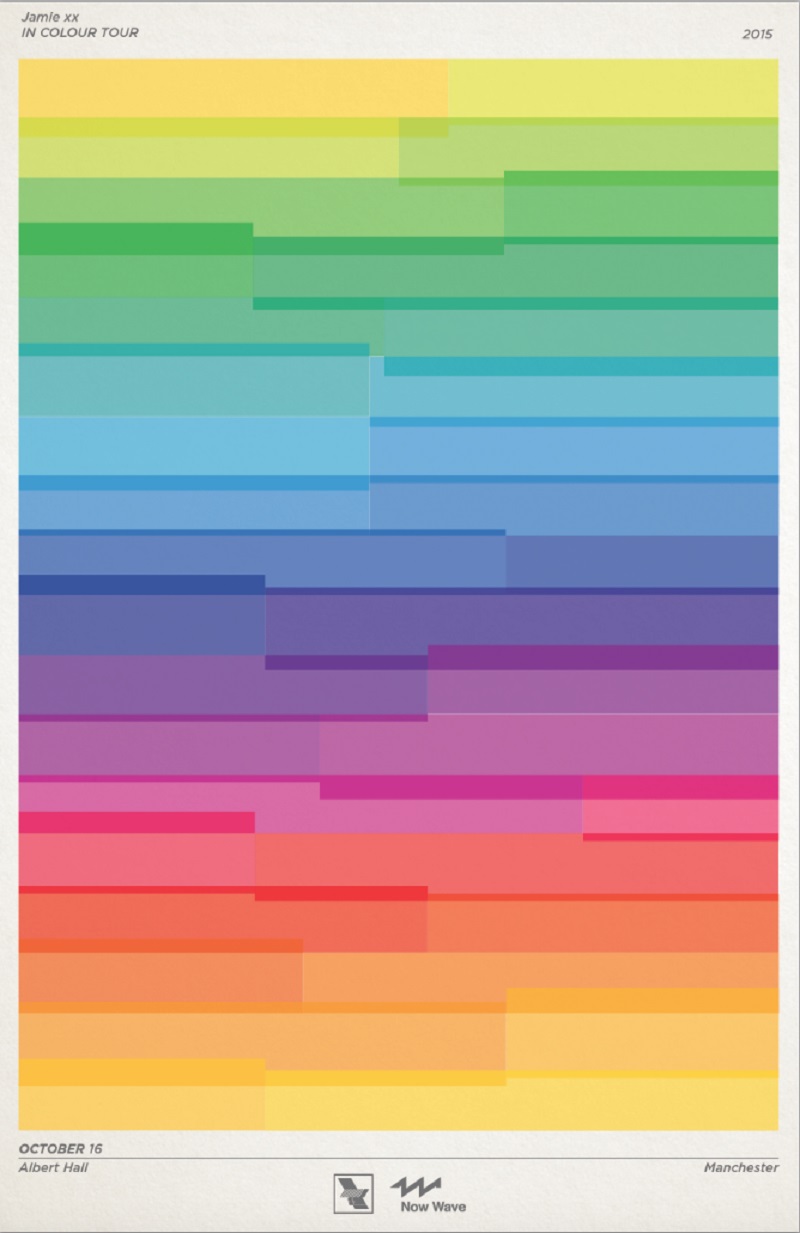