Music to my ears at Mill Farm Studios

I was recently invited down to Mill Farm by Tom Jobling, who is the production and studio manager at the music studio there. Close to both Yeovil and Sherborne stations and nestled among the rolling fields of West Dorset, it is only a hop, skip and a jump to glorious countryside and what are, very impressive facilities.

Tom whom I have known for a while from his time with Cable Monkey Studios kindly gave me a guided tour around this large, modern studio. The studio essentially offers a large one room recording experience and is stacked with a range of modern and vintage equipment. The great thing from a musicians point of view is that it is pre set up to minimise downtime with an emphasis on recording and song writing from the ‘get go’. 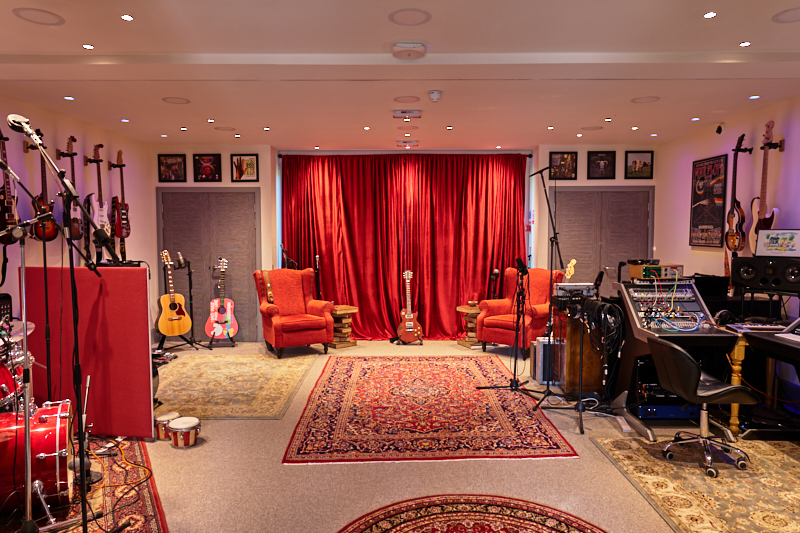 With all his experience behind him Tom knew he wanted to set up a space that had great acoustics and fantastic technology to compliment production and it seems he’s delivered on this. 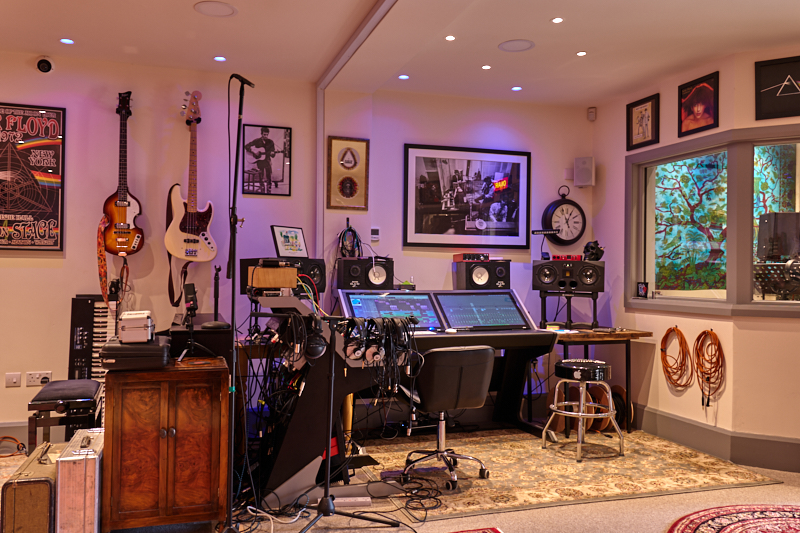 The equipment at Mill Farm Studio is second to none with a wide range of high quality instruments, guitar amps and with over 30 acoustic and electric guitars, mandolins, ukuleles from Martin guitars to Pearl drum kits at your disposal there are endless possibilities. You only need to rock up to the studio empty handed and potentially leave with a radio worthy record under your belt. 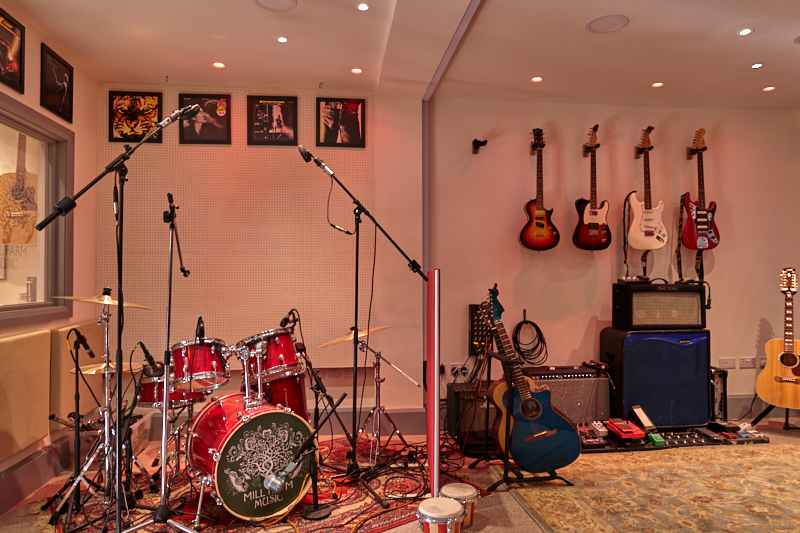 The team has huge experience in all areas of audio with their studio Slate Raven Mti production console, Neve & SSL preamps, Drawmer channel strips all included. With the  song writing, production, recording, mixing and mastering skills on hand, what could be better, just turning up knowing that everything has been taken care of, allowing you, the musician to focus on producing your musical ideas. 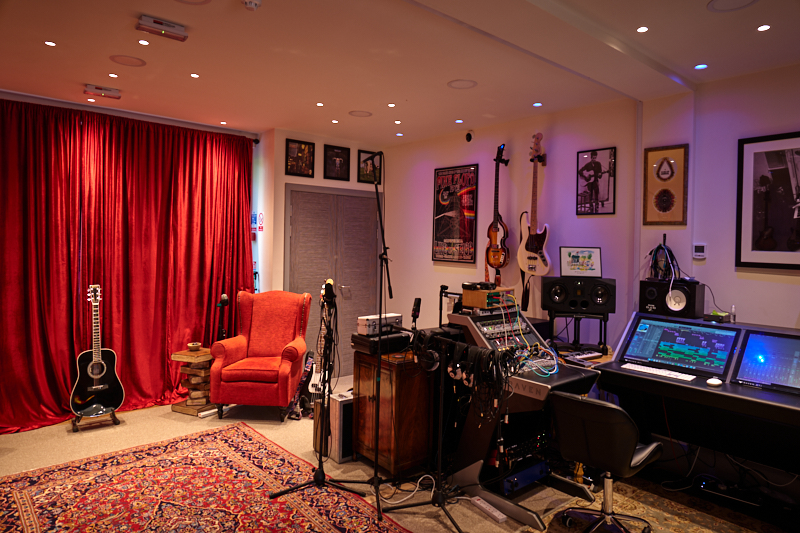 Studio producer, Tom, has himself an extensive production and engineering background, having released his own work on Mercury records and being Zane Lowe’s record of the week. To working with Tom Dalgety, who produced bands such as the Pixies and Royal Blood. 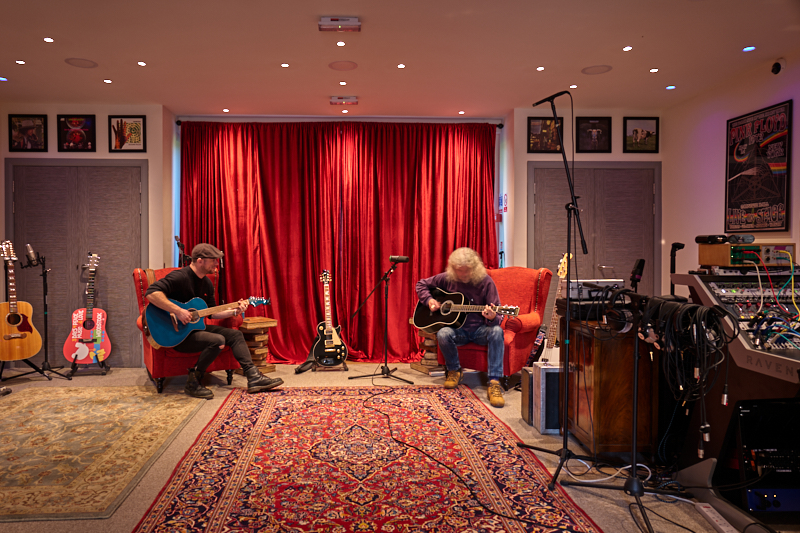 Large studio area, catering for all sizes of bands

Along side the studio is ‘La Clariere’ a versatile event space that seats 40 comfortably. It has been used for intimate music gigs, comedy nights and corporate presentations. The space is well equipped and adaptable to make the venue yours, from a small stage and jukebox to a large HD TV with Apple TV connectivity. Catering can also be arranged. 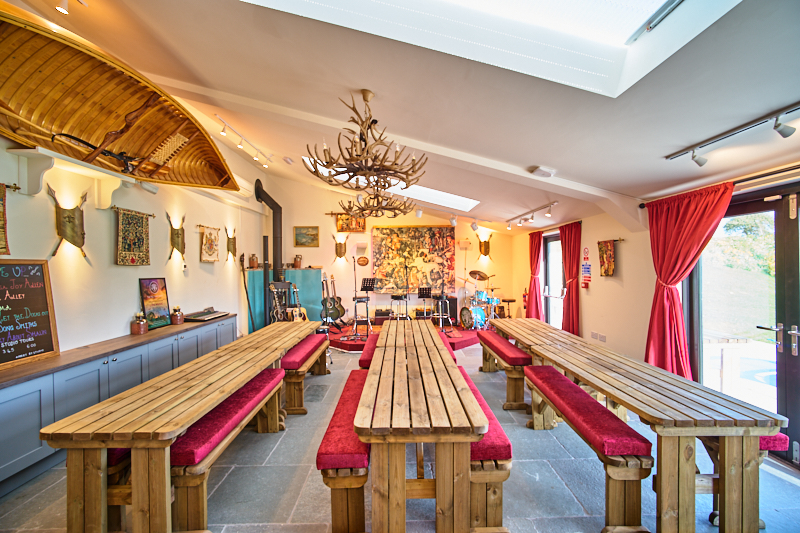 The Arctic cabin in the grounds of Mill Farm is the perfect place to get away from the recording environment and just chill around the fire pit next to the river and jam late into the summer evening while something is cooking on the barbecue. 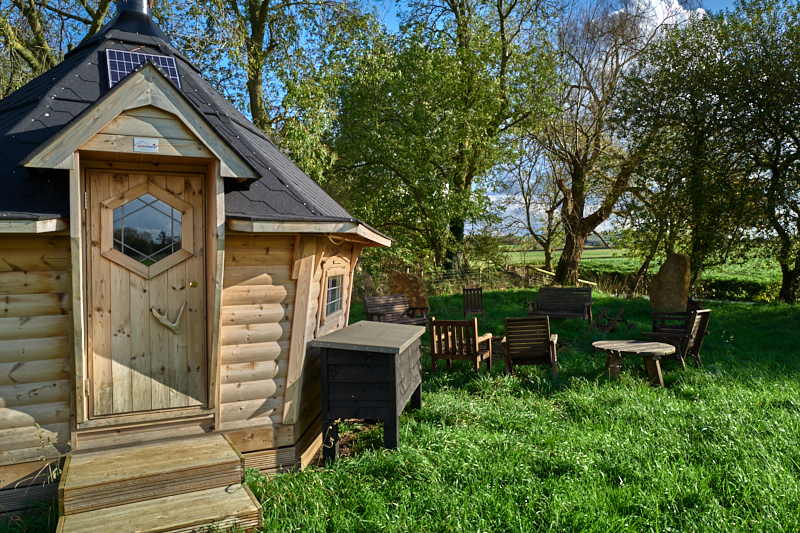 There are two beautifully decorated and spacious cottages available to stay in that sleep up to eight, all complete with cooking facilities, comfy sitting rooms and showers. 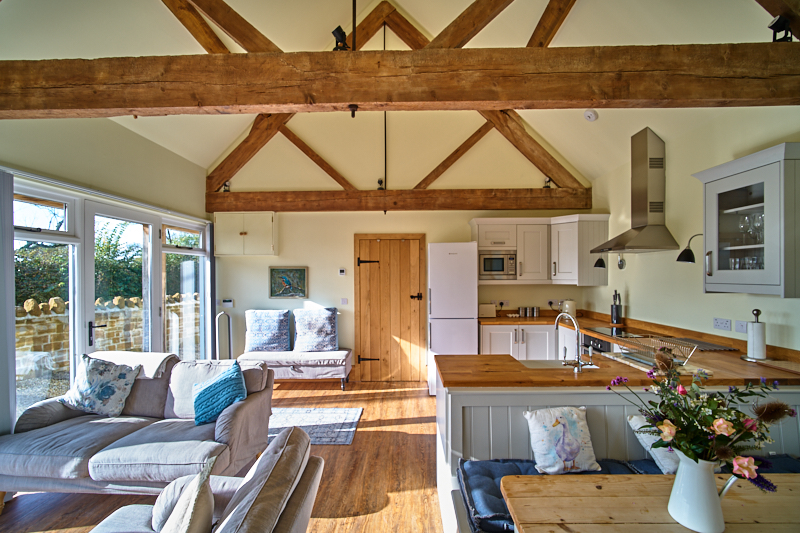 An enormous amount of thought has gone into this studio environment and is an incredibly impressive recording facility that Mill Farm has to offer. You just know that this friendly team are committed to providing a recording experience that is stress free, productive with a homely atmosphere. 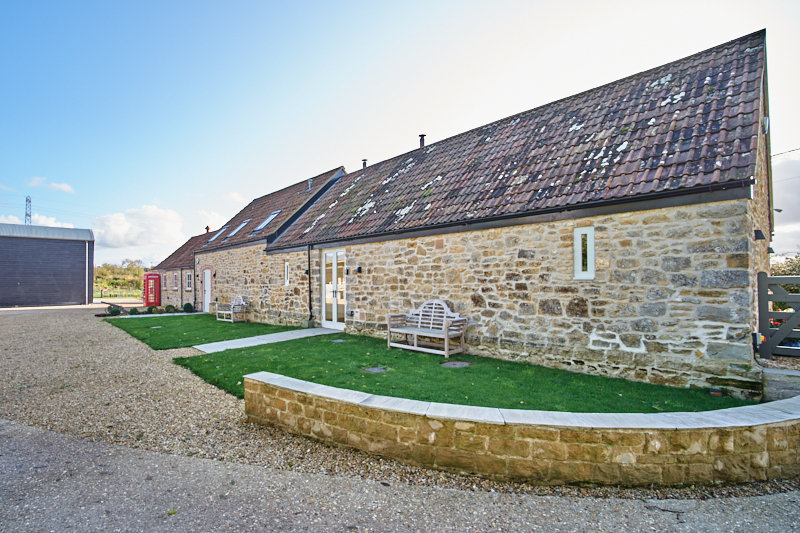 It may seem a long way from home, but sometimes it’s good to get away from your own turf and what you know. It can free the mind and be more inspiring and creative. If you are a musician just starting out or are a well known band looking for inspiration, peace and a great environment with all the trimmings, I urge you to check it out. You won’t regret it. 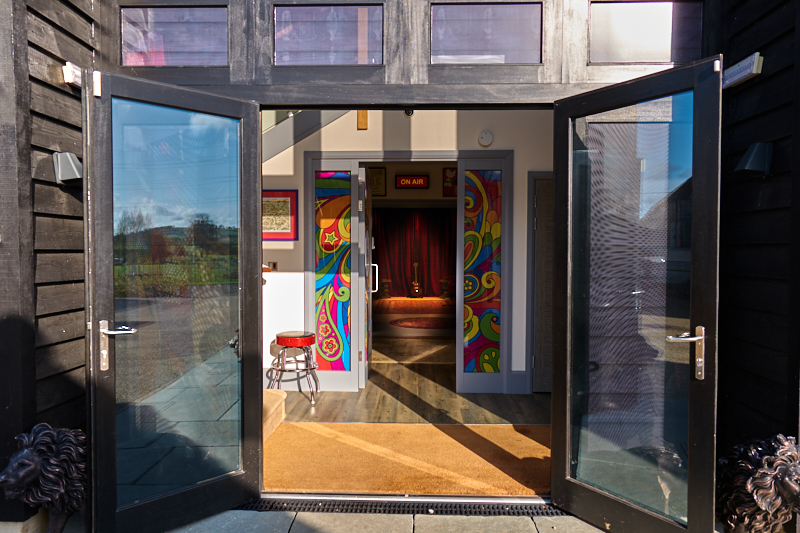 Mill Farm Studio is situated just over two hours from London and they offer a pick up service from the local stations Yeovil and Sherborne. Nearest airports are Exeter or Bristol an hour from the studio. 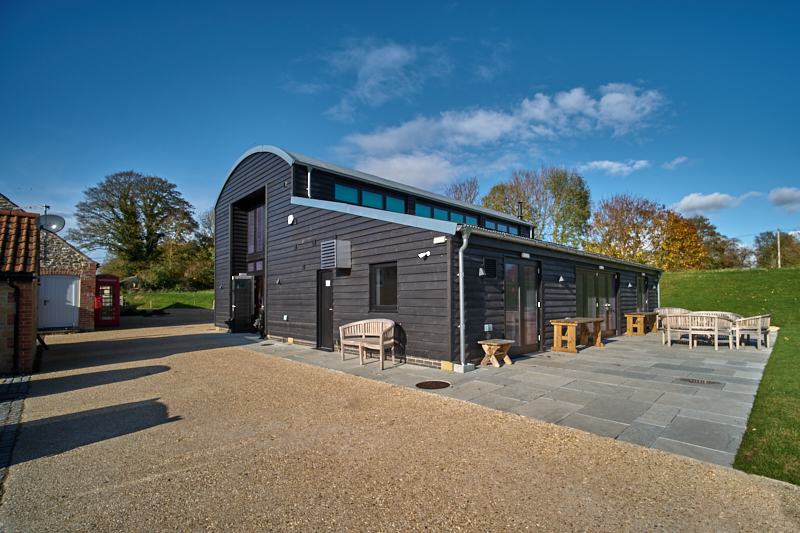 For more information on Mill Farm Studios and accommodation visit