Manchester’s place at the heart of Britain’s music and creative industries is being celebrated with a new exhibition dedicated to one of the city’s most influential record labels.

The Science and Industry Museum has launched tickets for Use Hearing Protection: The early years of Factory Records – a new exhibition that will celebrate the initial works of this seminal record label and its fundamental role in Manchester’s music revolution. It will run from 3 July 2020 to 10 January 2021.

This special exhibition tells the story of Factory Records’ formative years from 1978 – 1982, and how it used innovation in the fields of music, technology and design to give Manchester an authentic voice and distinctive identity. Founded by Tony Wilson and Alan Erasmus, the label played an influential part in the city’s transformation from an industrial powerhouse to a beacon of art and culture, and continues to impact current-day creative industries.

Visitors will be guided on aourney of the label’s early work through a display of the first 50 numbered Factory artefacts. These include creations from Joy Division, New Order and The Durutti Column, as well as graphic designer Peter Saville, whose visuals are synonymous with the label.

The exhibition will also provide exclusive access to previously unseen products from the Factory archives. Through a series of engaging and interactive displays, it will amplify the stories of Manchester’s unique culture that gave rise to a new wave of creative industries in the North West.

Use Hearing Protection has been curated by the Science and Industry Museum in association with consultant curators, Jon Savage and Mat Bancroft. Savage is a lead voice on the history of Joy Division, and the Science Museum Group, of which SIM is a member, has recently acquired his personal collection of artefacts relating to the band. A number of these will be on display alongside objects loaned from the estates of both Tony Wilson and Rob Gretton, the former manager of Joy Division and New Order. 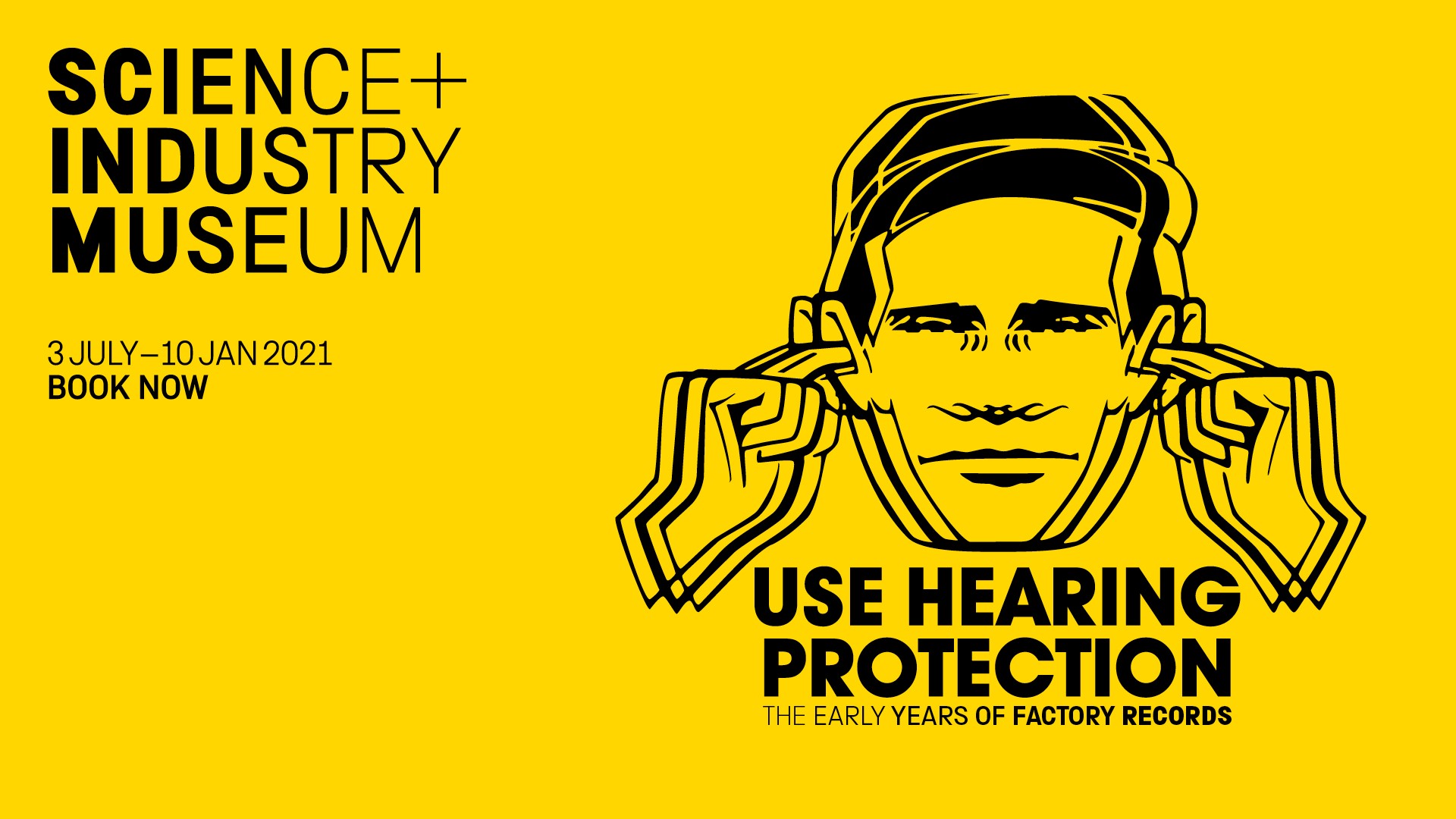 Jan Hicks, lead curator of the exhibition at the Science and Industry Museum, said: “This is a story that the Science and Industry Museum is uniquely placed to tell. Factory Records was hugely influenced by Manchester’s industrial heritage, which we sit at the heart of. It was also progressive in its use of digital and electronic technologies, which are again core focuses of the stories we tell here at the museum.

“We are committed to expanding our collection of Factory-related material and acquiring Jon Savage’s Joy Division archive has allowed us to grow this substantially. It will be a fantastic addition to the exhibition, which is a must-see for anyone who has an interest in the unique culture of our city.”

Use Hearing Protection at the Science and Industry Museum is a new exhibition. It reinterprets the original that was previously hosted at Chelsea Space, London, in partnership with Jon Savage, Mat Bancroft and Warner Music UK.

Jon Savage said: “There’s a direct link between Joy Division and Manchester in their music. The album, Unknown Pleasures, really helped me to make sense of the city when I first came here and understand the developments that were giving it a new identity.

“Factory as a whole has a deep relationship with Manchester’s industrial past. In Tony’s collection I found a record sleeve made with sandpaper from one of the city’s factories, which I think illustrates this beautifully.

“For me, it’s always been essential that the materials I’ve collected go to institutions rather than individuals. That way they can be enjoyed by everyone, particularly young people, who can use them to understand the unique personality of Manchester for themselves.”

The exhibition will be located on the second floor of the Science and Industry Museum. Tickets are on sale now,  priced at £7 for adults and £5 for concessions, with under-12s going free.